A gold shipping container that will act as a global portal to creativity, collaboration and conversation – connecting Scotland to the world – will take up residence at the Royal Conservatoire of Scotland this summer in the build-up to the city’s COP26 climate summit.

The container is at the heart of Climate Portals, an ambitious arts and digital exchange – announced today on Earth Day – that takes an inventive approach to the climate change debate. It’s a joint venture between the Royal Conservatoire of Scotland, artist management agency HarrisonParrott, Shared_Studios and Scottish Ballet.

The converted container, located on the RCS campus from August to November, will use immersive audio-visual technology to bring together people in the UK with communities and portals around the world. The portal will connect to ten or more locations (Afghanistan, Bangladesh, Pakistan, Israel, Iraq, Palestinian Territories, Rwanda, Nigeria, Kenya, Uganda). 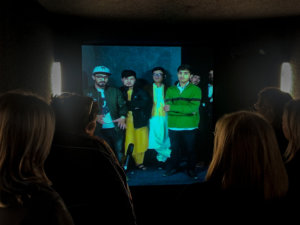 Teachers in a container portal at the WGBH Headquarters in Boston, Massachusetts, USA, speak through portals to students and educators at the University of Hariwa in Herat, Afghanistan. @ Amar C. Bakshi for Shared_Studios

The project will feature new artistic commissions, masterclasses and knowledge exchange around the theme of climate change and will create a shared space to talk, dance, play and converse in real-time as if in the same room, enabling face-to-face interaction between people who wouldn’t otherwise meet. 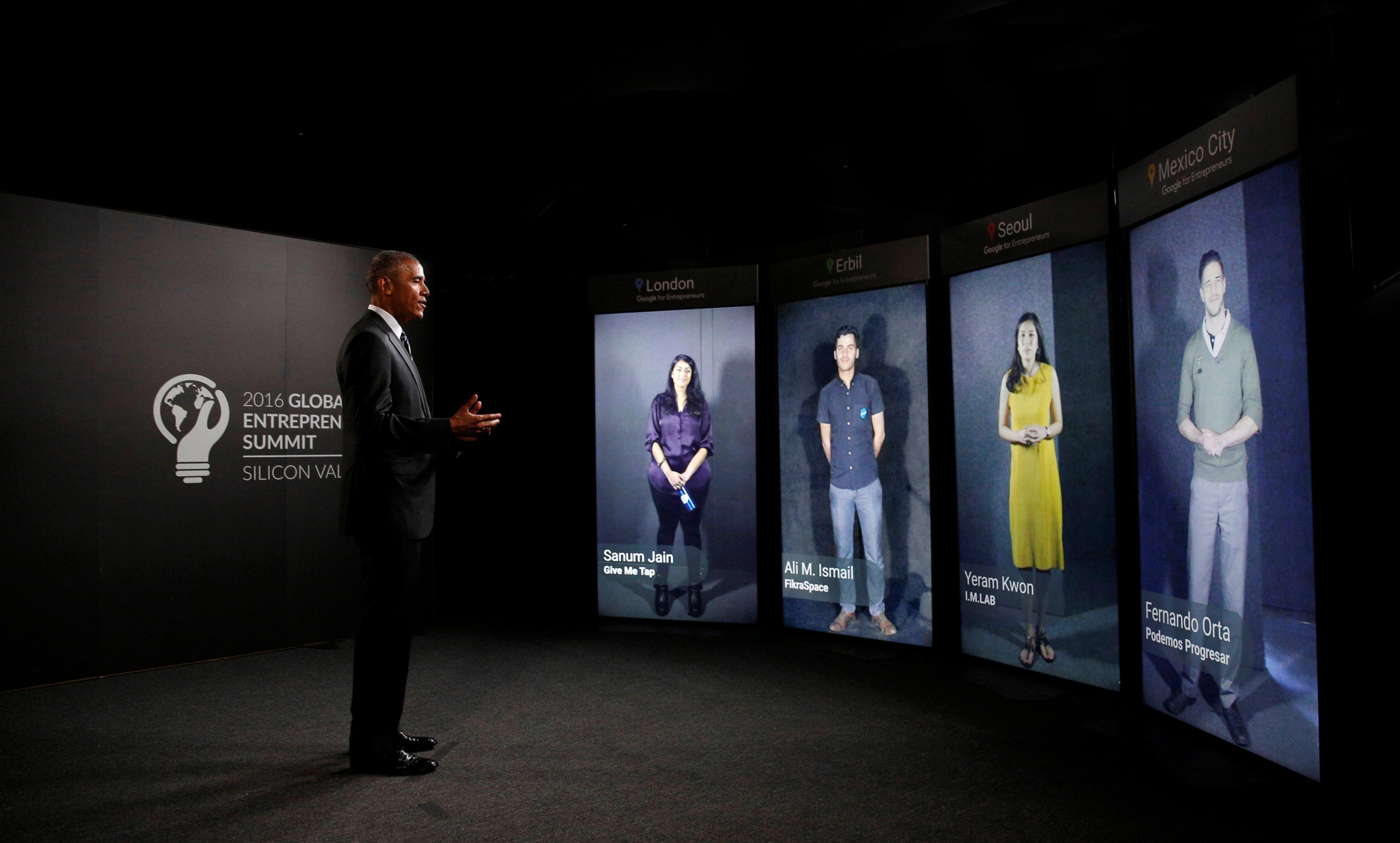 Climate Portals is part of the British Council’s cultural programme in the journey to the United Nations Climate Change Conference of the Parties (known as COP26), hosted in Glasgow from November 1-12.

Climate Portals is one of seventeen UK projects, called ‘creative commissions’, funded by the British Council that will explore climate change through art, science and digital technology with partners in 28 countries.  The partnerships actively involve young people, as well as other groups and communities who are under-represented in climate change discussions. The aspiration is to stimulate global conversations about climate change and to inspire transformational change.

The shipping container is the creation of Shared_Studios, which began as an art project in 2014 and was founded on the idea of bringing distant strangers together using technology for powerful first-person encounters.

Professor Jeffrey Sharkey, Principal of the Royal Conservatoire of Scotland, said: “The storytelling power of the arts has long been a powerful vehicle to inspire and influence change.

“Climate Portals is an exciting way to come together with communities from around the world where we can learn from each other, collaborate and create, and spark ideas and conversations that will provide a diverse range of perspectives and approaches to solving the climate crisis.”

Michelle Moghtader, co-founder of Shared_Studios, said: “Over the past seven years, Shared_Studios has created meaningful human connections between people separated by distance and difference. We are excited to be a part of Climate Portals and connect communities around the world to exchange ideas and collaborate on solutions on the environment and sustainability. Climate Portals provides an opportunity for people to listen and learn from the experiences of communities, artists and changemakers around the world.”

Henry Southern, Tours and Projects Manager at HarrisonParrott, said: “Climate Portals demonstrates our dedication to projects which promote international cultural exchange, diversity and inclusivity, technological innovation and, of course, sustainability. We endeavour to embrace the challenge of climate change and look forward to working with the British Council, Royal Conservatoire of Scotland, Shared_Studios and many other partners in addressing this pertinent topic.”

Find out more about the British Council’s creative commissions.