Under the Spotlight: Susanne Ortner 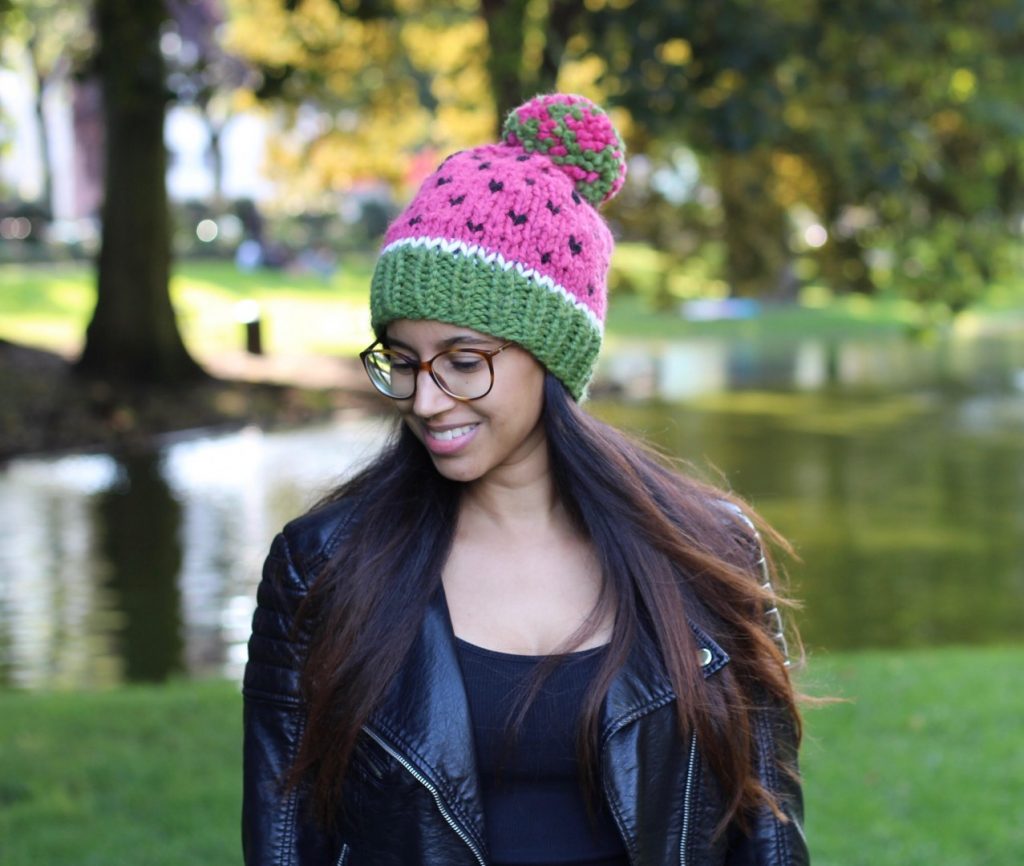 Susanne Ortner is the epitome of creativity. Graduating in 2001 with a BA in Stage Management Studies, she transitioned into casting and now works for BB Promotion, one of the leading Musical producers in Germany. She is also a prolific lifestyle blogger aka Susi Strickliesel, with more than 20,000 followers on social media!

Find out more about Susanne as she goes Under the Spotlight.

How do you reflect upon your studies at RCS?

I would have loved to train with Musical Theatre and Ballet students, enjoying all the collaborations which take place now. I worked with the Alvin Ailey American Dance Theater and large scale musical productions after graduation so these two art forms are very close to my heart.

My course completely changed from Stage Management to two separate courses, which is very exciting – so I wish I was there now!

Who else was around when you were a student?

Actors James McAvoy and Tom Ellis (both BA Dramatic Studies 2000) were in the year above me and I worked on a lot of their shows. Their careers have been so impressive to see.

What are your highlights from your time as a student?

The most interesting project by far was the Showcase of the Acting students, which we showed in Glasgow, Manchester and London. All graduating Acting students performed two pieces to potential employers such as casting agencies, theatre producers and Agents. Who would have thought I would become a casting associate looking for new talent in these showcases?

I also loved working on the festive pantomimes as we don’t have this art form in Germany at all.

How did RCS help lay the groundwork for your career which has followed?

RCS gave me the opportunity to study and work in all theatre departments. I never touched a fly floor or scenic paint brush after graduating but it gave me an understanding of other departments I now work with on a daily basis.

How did the transition from stage management to casting come about?

At RCS I was more interested in the artistic side of the shows than the technical side. I loved being Deputy Stage Manager, sitting in rehearsals and seeing the magic unfold. In my spare time I would go and see every musical tour which came to the King’s Theatre. After graduation I went to work for one of the biggest musical producers in Germany. I left to broaden my horizons, working as an artist agent for a TV station and as Resident Director for a reparatory theatre but I soon returned. I started as a Stage Manager and worked my way up to Casting and Production Associate. Now I work closely with the creative team and casting agencies, making casting suggestions, organising the castings for actors, singers, dancers and musicians. After the casting I am also responsible for the contract negotiations, setting up the show and the run itself.

Tell me about some of the high-profile characters you meet during the course of your work.

We work very closely with UK creative teams such as Brian May or Ben Elton for We Will Rock You. Ben Elton’s book Two Brothers is set in Berlin, where I am from, so to speak to him about it was very rewarding. In Vienna I also worked with the choreographer of the movie Enchanted and heard so many interesting stories about this Hollywood movie.

How do you enjoy working as a casting & production associate with one of the top musical producers?

I absolutely love my work. I travel a lot for castings, to London, across Germany and Austria. We also set up the Swedish and Norwegian version of We Will Rock You a few years ago, which was very exciting.

As a casting & production associate, do you come into contact with RCS graduates?

I get so excited when I read RCS on a CV. For my most current project, Richard O’Brien’s Rocky Horror Show, we actually casted Aaron Kavanagh (BA Musical Theatre 2017) and I love hearing all about RCS now the tour has started.

How did you become involved in lifestyle blogging?

It all started with me learning to knit a few years ago. I learned it during my time with the musical Hairspray. Being on the road, I didn’t have time for a hobby. Now that I knit, I can take my wool and needles with me on tour and create lovely knitwear. My products are so popular that I was even named coolest knitter in Germany and gained loads of media coverage.

I have over 20,000 Followers on Facebook, Instagram and Snapchat. A lot of them are interested in theatre and musicals so I take them with me on my casting tours or to the theatres I am working in. My followers regularly ask where I studied and love hearing stories about the RCS. As we don’t have courses like that in Germany, I think it’s important to show my followers where they could train if they are really interested in starting out in this business.