A more sustainable approach to set construction … that’s the vision of two Royal Conservatoire of Scotland graduates who are determined to tackle the entertainment industry’s throwaway culture.

Forget scrapping sets and props from theatre productions, live events and films, woodworkers Max Gabbott and Fergus Massie are on a mission to work in a greener and more sustainable way.

And they’ll do it with the help of a £10,000 funding boost from an annual RCS award.

Max and Fergus, who graduated from the BA Production Arts and Design degree programme in July this year, are the duo behind Marmoset Construction, a set construction company that creates sets from recycled materials and modifies existing set elements for reuse. 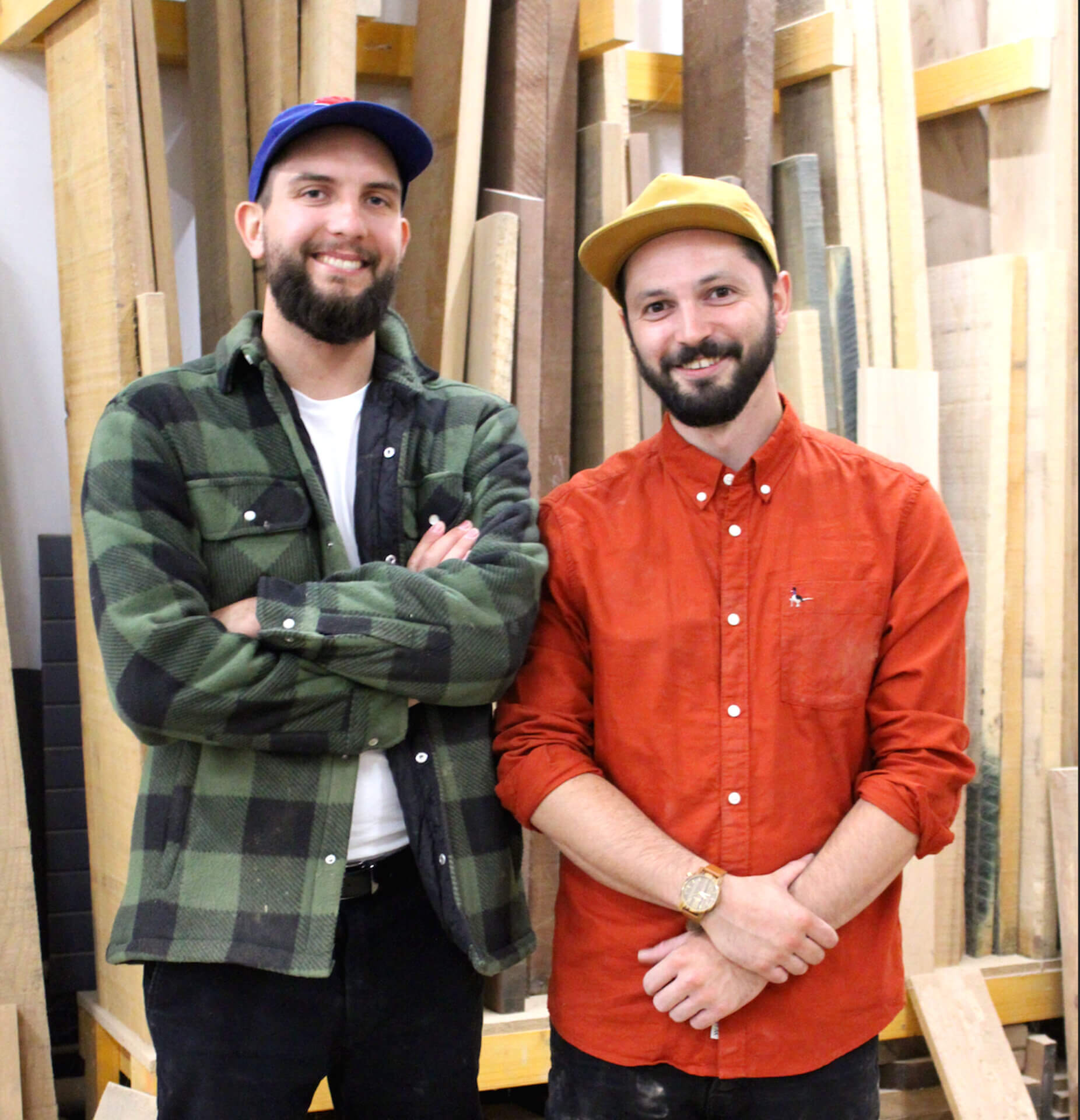 The friends and former classmates, now business partners, are the recipients of the 2022 Bruce Millar Graduate Fellowship, which supports new graduates of the School of Drama, Dance, Production and Film (DDPF) for a creative project, performance, phase of research and development, or to launch a creative company.

Max said: “Being awarded the Bruce Millar Graduate Fellowship is a real honour and we’re both so grateful for the support. We’d also like to thank our department tutors for their mentorship during our time at the Royal Conservatoire of Scotland – they made us aware of the sustainability problems facing the industry and encouraged us to be proactive in tackling them. To receive this grant is not only a great privilege for us but also a testament to them.”

Fergus added: “The Bruce Millar Graduate Fellowship will give us the support needed to sustain our workshop through the first year of business, help us develop as professionals, and give us the best opportunity to tackle the wasteful practices of our industry.”

Max said: “There’s a staggering amount of virgin material that is scrapped after just one use – in theatres, events and film. Determined to address it, we began using companies such as Reset Scenery (founded by RCS Production tutors Simon Cook and Matt Doolan) for recycled set materials and found that not only was this option more sustainable but also more economical.”

Fergus added: “After researching the industry a little more, we found that although there were some businesses set up to support a more circular economy (in so far as they would store used set elements) there were none which were actively creating new set pieces using repurposed elements. This is where the idea for Marmoset was born.”

Max graduated from Dundee’s Duncan of Jordanstone College of Art and Design in 2013 with a BA (Hons) in Art and Design. After working as a designer for several years, he shifted his focus to more practical pursuits, working in building maintenance at Summerhall, Edinburgh, one of the largest independent arts complexes in the UK.

“I honed my practical skillsets at Summerhall, working not only on building construction but on gallery and artwork installation. I began using the workshop to combine my love of art and my new-found practical skills to create and exhibit musical sculptures under the name Papa Gabbo and had some success exhibiting in galleries across Scotland and France.”

During this time, Max also became a lead designer at Kelburn Garden Party festival, where he has co-managed the main stage since 2017 with well-known Edinburgh-based artist Rhory Gardiner (Hungry Window).

“It helped me discover a passion for creating environments and realising large-scale design and was a catalyst in pursuing a career in set construction. I applied for the BA in Production Art and Design at RCS in 2019, where I studied set construction, with a minor in set design.”

After leaving school in Aberdeenshire, Fergus began his working life as an apprentice carpenter and for the first two years, specialised in housing renovations where he was the primary source of contact for clients.

“I loved dealing with clients and developing my customer service skills,” said Fergus. “I went on to finish my apprenticeship at a larger carpentry firm and in 2016, I decided to study Acting and Performance at North East Scotland College in Aberdeen. I began building sets for the shows I was performing in and that sparked my passion for set construction. I considered pursuing acting at a higher level, but a college lecturer told me about the BA in Production Arts and Design at RCS and I immediately applied.”

Deborah Keogh, Knowledge Exchange Manager and Innovation Hub Project Lead at the Royal Conservatoire of Scotland, said: “We are thrilled to be able to award the Bruce Millar Graduate Fellowship for the third time in this new format. This level of funding, £10,000, for those moving from education into industry is transformative. The award has the flexibility to support a wide range of endeavours and ambitions, including covering time costs, which is a precious resource for artists starting out.”

The Bruce Millar Graduate Fellowship is a follow-on initiative from the long and successful partnership between the Royal Conservatoire of Scotland (RCS) and the Bruce Millar Trust, which awarded funds to graduates of the School of Drama, Dance, Production and Film (DDPF) from 1988 until 2018.

The Bruce Millar Drama Award originally supported a promising graduate of the school before evolving into a fellowship scheme for a graduate (or graduate collective) to kick-start their careers and help them transition into professional life.

At the time of his death, Bruce Millar was a Director for the BBC in London, where he worked in drama and light entertainment. In 1988, a memorial trust was established by his father, who was a long-standing Governor of RSAMD (now RCS). 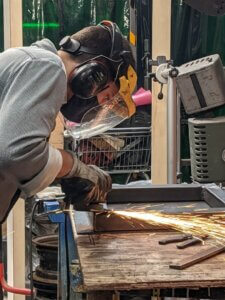 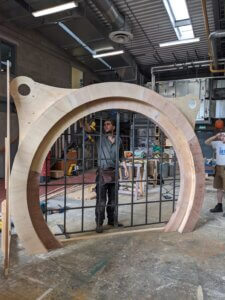 If you have any queries about the Bruce Millar Graduate Fellowship, contact keadmin@rcs.ac.uk