The Royal Conservatoire of Scotland has appointed international cellist and conductor David Watkin as its first Chair in Chamber Music.

The role recognises and celebrates the importance of chamber music in the training of classical musicians at Scotland’s national conservatoire.

As the inaugural Chair, Professor Watkin will play an important role in coaching chamber music, in teaching and conducting, as well as the leadership and promotion of historically informed performance practice.

Professor Watkin has enjoyed an extensive international performing career. He won a both a BBC Music Award and Gramophone Award for his recording of the Bach Cello Suites.

As Principal Cello in some of the world’s leading ensembles, including English Baroque Soloists, Orchestre Révolutionnaire et Romantique, the Orchestra of the Age of Enlightenment, the Philharmonia Orchestra and the Scottish Chamber Orchestra, he played a key role at the heart of some groundbreaking performances.

Professor Watkin was a member of the Eroica Quartet, and a guest with the Tokyo Quartet. He has also conducted groups including the Scottish Chamber Orchestra, the Royal Scottish National Orchestra, the Academy of Ancient Music and the European Union Youth Orchestra. 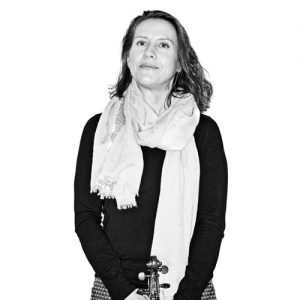 Professor Gajic has enjoyed an international career as a soloist and chamber musician of the highest order. As a soloist, she has performed with many orchestras across the globe. She has also recorded for BBC Radio, Bavarian Radio, Lithuanian Radio and Radio Baltimore as well as appearances on BBC, STV, ITV and Russian and Serbian television.

Commenting on the appointments, Dr Gordon Munro, Director of Music at the Royal Conservatoire of Scotland, said: “This new and prestigious role will enable students from across the School of Music to benefit from David Watkin’s vast experience of chamber and orchestral music, and his expertise in historically informed performance practice.

“We are delighted to appoint David as our first Chair in Chamber Music. It is also wonderful to have an artist and teacher of the calibre of Andrea Gajic lead RCS’s Strings programme for this coming academic year.”