A day to remember for Sean

It was a tiring,yet worthwhileculmination to over a month’s workfor Transitions Drama student Sean McNamara, as he joined hundreds of willing volunteersinone of severalstunning interventions commemorating the centenary of the Battle of the Somme,entitled “we’re here because we’re here.”

The work waspart of 14-18 NOW’s programme of events and devised byTurner Prize winner Jeremy Deller, featuringvolunteers from all ages and backgrounds. The piece ran from 7am to 7pm, where performers dressed in WWI uniforms visited shopping centres, train stations, car parks and high streets the length and breadth of the UK.

Sean commented on how he felt taking part in one of the largest arts participation projects ever staged in the UK:

“We met once a week for about six weeks to do some pretty intensive training, like movement, but more so for interacting with the public. We were told not to speak but make lots of eye contact.

On the actual day it worked really well and we got some pretty great reactions from people. Physically it was horrible after about ten hours of walking. Everybody was sore and exhausted, however it was worthwhile when we saw how people were reacting to it and hearing people’s experiences from all over the country.

I think what we did was important, just to remind people of the thousands of young men that died on the Somme for their country.”

Sean is preparing for his next challenge as he moves on from this experience, into his second year with Transitions, as well asstarting an HNC in Acting and Performance at college, in September.

See below for more photos from the day. 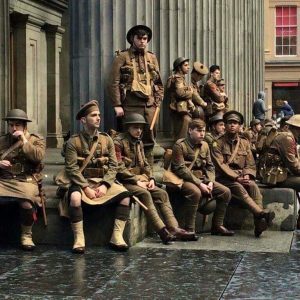 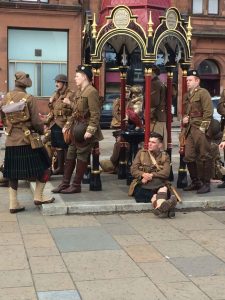 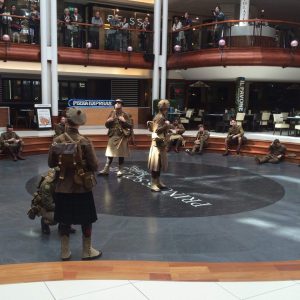 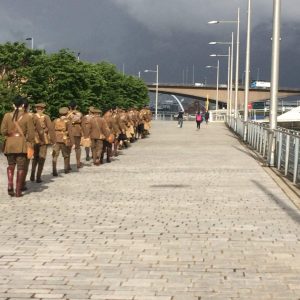 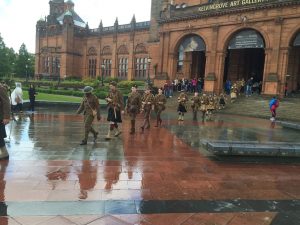 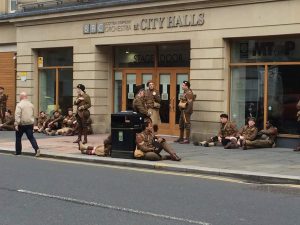 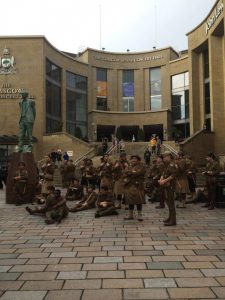