The past academic year has been a highly successful one for Transitions musicians.

At the Royal National Mod in Oban, Scotland’s biggest celebration of Gaelic music and culture,young fiddler Lachlanscooped the gold medal for his age group – overcoming fierce competition from all over the country. Lachlan’s performances were recorded and broadcast for BBC Alba and the children’s Gaelic TV programme ‘De A Nis.’ Fellow Transitions Music student Emily Robertson was also a winner at the annual event, scooping the prestigious An Comunn Gaidhealach SilverMedal for girls.

“I absolutely loved singing and competing at the Royal National Mod and felt so overwhelmed and excited when I managed to win the prestigious silver pendant and was on TV.”

Both Lachlan and Emily will compete in this year’s Mod, scheduled to take place in Stornoway in October.

There was more recent success for Lachlan, as he won the Southside Fiddle Championship for the second consecutive year. Last week, he also won his local Mod in a competition involving 24 other competitors and earlier this year travelled to Derry with RCS to takepart in ‘100 Fiddlers 55 Degrees North’ – a 20-minute musical piece involving one hundred fiddlers from both Scotland and Ireland.

The exciting experiences will continue for Lachlan this summer, as via Transitions he will take part in ‘Play On Strings’, an intense one-week summer school led by the RCS’ award-winning Head of Strings David Watkin and supported by guest artist Nicola Benedetti. 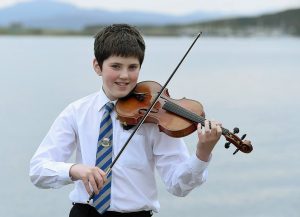 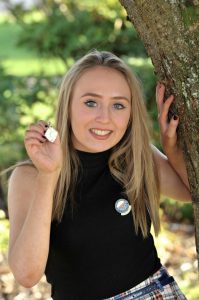