As the title perhaps indicates, the idea of “ripping” musical material and reworking it is what defines this piece.

I wanted to explore the idea of perpetually evolving rates of change, as well as how source material can inform one’s perception as both a listener and a composer.

The original record by Oscar Peterson is both manipulated through digital and analogue processing, as well as the piano score itself employing techniques such as negative harmony and retrograde figures to adapt the work. The relationship between these two adaptations/mediums is my intentionally ambiguous statement on originality in New Music. Sometimes these elements work in synchronization, and at moments they are at complete odds with each other. This is to express the futility of my own (and many others) perpetual struggle in trying to find an original musical voice. Ultimately, there is no such thing and freedom can be found in relishing the sonic stereotypes that shape us.

Inspired by Graham Dunning’s “mechanical techno”, this piece was my first response to the current COVID-19 pandemic, and a need to physically interact with musical hardware whilst writing. Sticking various pieces of tape and string to my turntable, this piece samples “Ballard to the East” from Oscar Peterson’s Canadia Suite. Although I intended to manipulate the vinyl, I left the vast majority of the original piece recognisable as I was really interested in exploring the relationship between the live piano and its pre-written digital counterpart.

With rhythm being at the core of how I write, I enjoyed deliberately avoiding complex rhythmic figures, and instead played with sonority and range, especially in the “glitch” figures (eg: ‘E’) which I made manually on my DAW. By forcing myself to write mostly within convention in regards to the harmony form and rhythm, I found that to express my natural compositional voice I needed to apply space more, which made the rehearsal process and live performance flow much more smoothly.

Similarly to ript.wav, Java explores the idea of reworking musical material, however, its premise is far more literal. Instead of focusing on source material, I wanted to play more with the acoustic properties of pre-recorded and live instruments (in this case the drum kit).

I found the most tangible link to be the application of live electronics, which was useful seeing as this was written as part of the Interactive Composition module, a course that focuses on this heavily. The drum kit proved to be both a challenging and interesting instrument to explore this with, and with groove at the crux of what makes this piece work, understanding how an audience would respond to rhythm in its various mediums became a turning point for me in understanding my own musical identity, with rhythm having always been the focal point of my work.

Rasmus Bååth’s Subjective Rhythmization: A Replication and an Assessment of Two Theoretical Explanations gave me a deeper understanding of the psychology behind the inherent sense of metre in humans. He states that “when participants are asked to tap an isochronous rhythm at a comfortable rate, the resulting tempi tend to cluster around a period of 500-600 ms”. This translates to 100-120 beats per minute, and is called spontaneous motor tempo, which is subsequently the tempo of this piece. 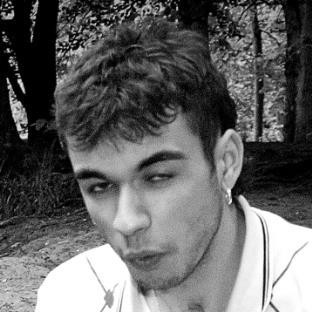 Dominic Adelio is a Composition student in his 3rd year of study at the Royal Conservatoire. A winner of the BBC Inspire Young Composers competition in 2017, and the 1st prize winner of the Trinity Music Academy Composers competition in 2018, his influences include Reich, Andriessen and Stockhausen, with his work has being centred around rhythm and metre.

Adelio has shifted his focus more onto sound design and production in a reaction to the COVID-19 pandemic and the subsequent absence of opportunities to perform music live. He produces for artists within Glasgow under the name Roki, as well as having Dj’d at venues such as Flat 01.