Karen Cargill, the internationally renowned mezzo-soprano and Interim Head of Vocal Performance at RCS, is part of the cast of a Metropolitan Opera production that has received a Grammy Award nomination.

Poulenc’s Dialogues des Carmélites is in the running for Best Opera Recording at the annual music awards, which take place on Monday 31 January in Los Angeles.

Dialogues des Carmélites has long been a favorite of Met audiences. To close out the 2018–19 season, Yannick Nézet-Séguin led a starry revival of the opera, which was also included as part of the Live in HD series of cinema transmissions.

Earlier this year, Karen Cargill was appointed to lead the training of the next generation of singers at the Royal Conservatoire of Scotland. Karen took up the position of Head of Vocal Performance on an interim basis in September, following her performances at this year’s prestigious Glyndebourne Festival.

A regular performer in iconic venues such as the Metropolitan Opera, Deutsche Oper Berlin and Royal Opera House, as well as the Edinburgh International Festival, Karen has worked with many leading conductors including Sir Donald Runnicles, Yannick Nézet-Séguin, Bernard Haitink and Sir Simon Rattle.

An alumna of the Royal Conservatoire of Scotland and recipient of an Honorary Doctorate awarded by the institution for her outstanding contribution to the arts in 2018, Karen was appointed an RCS Associate Artist in 2019. She is also Patron of the National Girls’ Choir of Scotland. 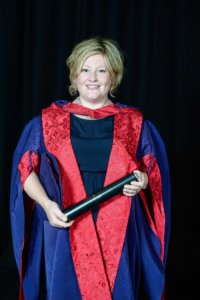 Commenting on her new role as Interim Head of Vocal Performance, Karen Cargill said: “It is such an honour to be given the opportunity to help guide the next generation of young singers through their path of discovery at the RCS. Coming to study at the Conservatoire (then the Royal Scottish Academy of Music and Drama) at 17 was life-changing for me, a world of possibility opened and my creative process began. One of the joys for me will be sharing the excitement of these young singers embarking on their own path to professional life.

“My own journey from Arbroath to the international stage was created and honed during my time at the RCS, so it is fitting that I return at this stage in my career to give something back to the place that saw my potential.”