A partnership that nurtures creative collaboration has brought together two Royal Conservatoire of Scotland musicians for an immersive artistic residency this month.

Doctoral students Anthony Cowie and Neil Wood are spending two weeks at Marchmont House in the Scottish Borders – the former home of one of the UK’s most influential artists – to research and develop new work.

It’s the second year of the residency, a partnership between the Royal Conservatoire of Scotland’s Research and Knowledge Exchange directorate and Marchmont House, a Grade A-listed Palladian mansion, owned by Marchmont Farms Limited, which is a hub for artists, makers and creatives.

Anthony, a musician, sound designer and composer and Neil, a contemporary Scottish traditional harper and teacher, will stay in the estate’s Studio Cottage at Fogo, which was once the studio of Rory McEwen (1932-82), the artist, folk musician, TV presenter and poet, who was born at Marchmont House. 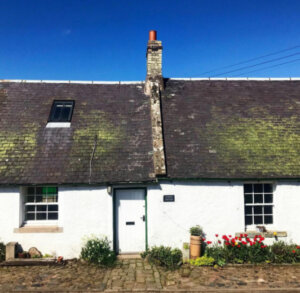 As part of the journey to establish Marchmont as an integral part of the national visual arts and creative landscape, a series of buildings near the house have been converted to form the Creative Spaces – workshops and studios providing high-quality, affordable workspaces for artists and craft makers.

The residency will see Anthony and Neil examine the relationship between place and space around Marchmont, and how this fed into McEwen’s work.

Commenting on the residency, Anthony and Neil said: “We are both really excited by the opportunity to combine our creative and research interests and create new work inspired by the fantastic range of place and space in such a beautiful setting that the Marchmont Estate has to offer. We look forward to learning more about the life and work of the late Rory McEwen, who spent time creating significant work at Marchmont, to further guide our doctorates.”

Professor Stephen Broad, Director of Research and Knowledge Exchange at the Royal Conservatoire of Scotland, said: “Having the time and space to explore new ideas and ways of working is so important for artists.

“This two-week residency in partnership with Marchmont House is an exciting opportunity for collaboration, where artists can fully immerse themselves in research and development with no outside demands. We’re grateful to Marchmont House and Marchmont Farms Limited for providing such an inspiring setting that helps to support and nurture creativity and the arts in Scotland.”

Last year’s inaugural residency at Marchmont with Royal Conservatoire of Scotland doctoral students Katrin Klose and Marianna Abrahamyan – the first artistic residency by musicians at the estate – resulted in the composition of a new piano concerto.

The piece was premiered earlier this year by Marianna and Red Note Ensemble as part of the PLUG festival at the Royal Conservatoire of Scotland, the celebration of new contemporary music. 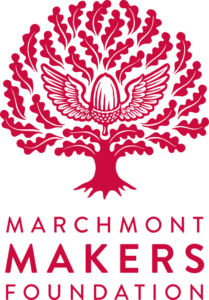 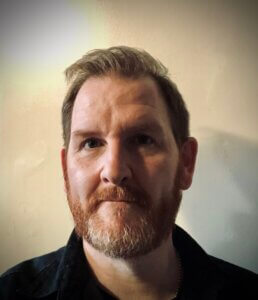 Anthony Cowie is a musician, sound designer and composer, producing work as Thee Manual Labour/Clutch Daisy. His interests and influences lie in the manipulation of found sound and field recordings, generative composition, and finding the (dis)harmonic content that lies beneath everything. Using topography, identifying the liminal within place, folklore, and site-specific responses are notable features within his work.
Work with band (x) is greater than (y) saw him performing alongside and on records with acts such as Henry Rollins, Bright Eyes, Coldplay and Death Cab for Cutie, amongst others.
Commissions for theatre followed (Birmingham Rep), then as composer-in-residence on Isle of Jura (Whyte & Mackay) and remixes/engineering for labels (A&M, Moshi Moshi, Fierce Panda). Recently, he contributed sound design work for a BBC Radio 4 documentary featuring Robert Macfarlane, which has been nominated for 2022 Prix Europa award.
Holding a Masters in Music and the Environment, Anthony’s PhD, funded through the Scottish Graduate School of Arts and Humanities (SGSAH) as a Collaborative Doctoral Award (CDA) with the Royal Conservatoire of Scotland and the University of St Andrews, in association with Dundee Science Centre, investigates ways in which music and sound can add layers of meaning. 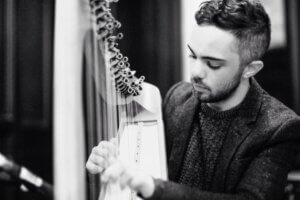 Neil Wood is a Glasgow-based contemporary Scottish traditional harper, teacher and researcher performing on both gut-strung neo-traditional lever harp and wire-strung clàrsach, originally from the village of Neilston in central Scotland.
Neil holds a BMus (Hons) in Traditional Music (Scottish Harp) from the Royal Conservatoire of Scotland and is currently a PhD candidate at RCS exploring the incorporation of fingernail techniques into contemporary Scottish traditional harp practice. Neil’s research interests include creative identity, tradition, authenticity and organology.

Neil is an advocate for widening access to traditional Scottish harp, as well as traditional music education more generally. In addition to his involvement with the annual Edinburgh International Harp Festival, Neil is the founding director of The Folks’ Music Project CIC, a social enterprise that provides accessible low and no-cost traditional music tuition and activities in communities around Glasgow.

Find out more about Marchmont House and Marchmont Makers Foundation