“I am so grateful for all the support from the RCS over the past year,” said Ellie. “I’m so thankful that I have the guidance of my teacher, Helen Lawson, who has given me so much confidence and support since I began studying last year.

“This year has been amazing for me, from becoming a finalist in the BBC Radio Scotland Young Traditional Musician of the Year to then winning the Scots Singer of the Year award. I totally wasn’t expecting to win this award as there were so many other talented musicians in my category.”

Iona Fyfe was named Musician of the Year while Norrie ‘Tago’ MacIver won the Online Performance of 2021 Award. Up and Coming Artist of the Year was won by trio The Canny Band – Michael Biggins, Sam Mabbett and Callum Convoy.

The Music Tutor of the Year Award was presented to Craig Muirhead, Director of Piping and Drumming at Strathallan School.

Professor Joshua Dickson, Head of Traditional Music at RCS, said: “Congratulations to all those recognised for excellence in traditional music at the MG ALBA Scots Trad Awards 2021 – a fantastic line-up that showcased courageous artistry, innovation and respect for heritage in equal measure.

“RCS’s graduates are engaging with the world in many different ways: from The Canny Band’s eclectic melting pot of virtuoso musicians to Iona Fyfe’s advocacy and Craig Muirhead’s dedication to teaching; from longstanding alumni like Norrie MacIver to current students like Ellie Beaton. Here’s to them and many others for making the world a better place through the power of traditional music.”

The awards’ organising body, Hands Up for Trad, was formed in 2002 and exists to increase the profile and visibility of Scottish traditional music through information, advocacy and education to artists, participants and audiences.

Musician of the Year sponsored by The University of the Highlands and Islands
WINNER: Iona Fyfe (below)
Ali Levack
Findlay Napier
Ingrid Henderson
Mhairi Hall 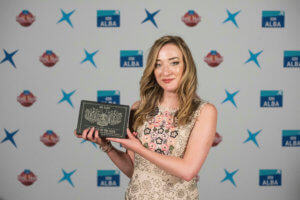 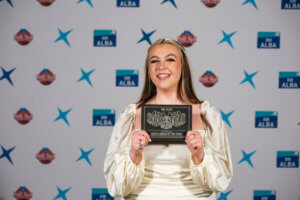 Up and Coming Artist of the Year sponsored by Royal Conservatoire of Scotland
WINNER: The Canny Band (below)
Arthur Coates
John Dew
Madderam 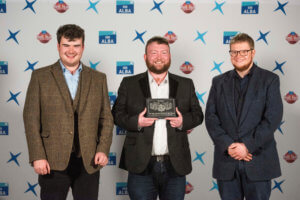 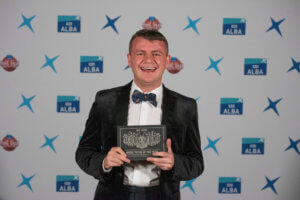 The Traditional Music programme at RCS is the UK’s only Bachelor of Music degree dedicated to traditional and folk music.

Students explore Scotland’s unique and dynamic musical traditions as a conceptual, critical and creative framework within which to achieve a distinctively personal voice as an artist. This is interwoven with a solid basis in contemporary and eclectic performance practice.

Find out more and apply.