Musicians from the Royal Conservatoire of Scotland have been nominated for top traditional music awards.

Staff, students, graduates and former students are on the shortlist for the MG ALBA Scots Trad Music Awards, which will be live in Glasgow on December 4 and are voted for by the public.

The annual awards, organised by Hands Up for Trad, will champion Scottish traditional musicians of all genres at the city’s Engine Works venue featuring live performances from Ímar, Dàimh, Hannah Rarity, The Canny Band and more to be announced. It will be broadcast on BBC ALBA at 9pm on December 4. 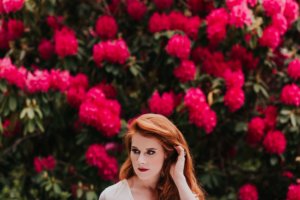 RCS graduate Hannah Rarity will perform live at the awards

Encompassing all aspects of making and playing music, each year sees a lively and enthusiastic crowd enjoying some of the biggest names as the industry and audiences join to honour singers, instrumentalists, composers and songwriters, including the Gaelic Singer of the Year and Musician of the Year Awards.

Professor Joshua Dickson, Head of Traditional Music at RCS, said: “The Royal Conservatoire of Scotland is delighted to see the MG ALBA Scots Trad Music Awards coming back in full force to celebrate the wealth of multi-generational artistry in Scotland’s vibrant and resilient traditional music scene.

“As we hunger for greater contact between musician and audience in a post-pandemic world, and the meaningfulness that imbues in today’s mediated landscape, nothing says ‘we’re back’ like an evening at Na Trads. We are happy to continue to support the Up and Coming Artist of the Year category and wish all the best to this year’s nominees.”

The Traditional Music programme at RCS is the UK’s only Bachelor of Music degree dedicated to traditional and folk music. Students explore Scotland’s unique and dynamic musical traditions as a conceptual, critical and creative framework within which to achieve a distinctively personal voice as an artist. This is interwoven with a solid basis in contemporary and eclectic performance practice.

Within the awards and the programme, three further pillars of the Scots Trad Music community will be recognised through special awards; the ‘Janet Paisley Services to Scots Language Award sponsored by Creative Scotland’, the ‘Services to Gaelic Award sponsored by Bòrd na Gàidhlig’, and the ‘Hamish Henderson Award for Services to Traditional Music’.

Musician of the Year sponsored by The University of the Highlands and Islands
1. Ali Levack
2. Findlay Napier
3. Ingrid Henderson
4. Iona Fyfe
5. Mhairi Hall

Up and Coming Artist of the Year sponsored by Royal Conservatoire of Scotland
1. Arthur Coates
2. John Dew
3. Madderam
4. The Canny Band

Organising body, Hands Up for Trad, was formed in 2002 and exists to increase the profile and visibility of Scottish traditional music through information, advocacy and education to artists, participants and audiences.

For the public vote, and latest news, visit www.scotstradmusicawards.com

Find out more about studying on the BA Honours Traditional Music course at RCS.