Royal Conservatoire of Scotland: Raising the Curtain showcases 175 years of magic and memories with intimate insights from acclaimed alumni

A show-stopping, page-turning new book turns the spotlight on the fascinating history of a world-renowned performing arts school and a jewel in Scotland’s cultural crown.

Royal Conservatoire of Scotland: Raising the Curtain, which hits bookshelves on 7 December and is published by Luath Press, showcases 175 years of magic and memories at the nation’s conservatoire. 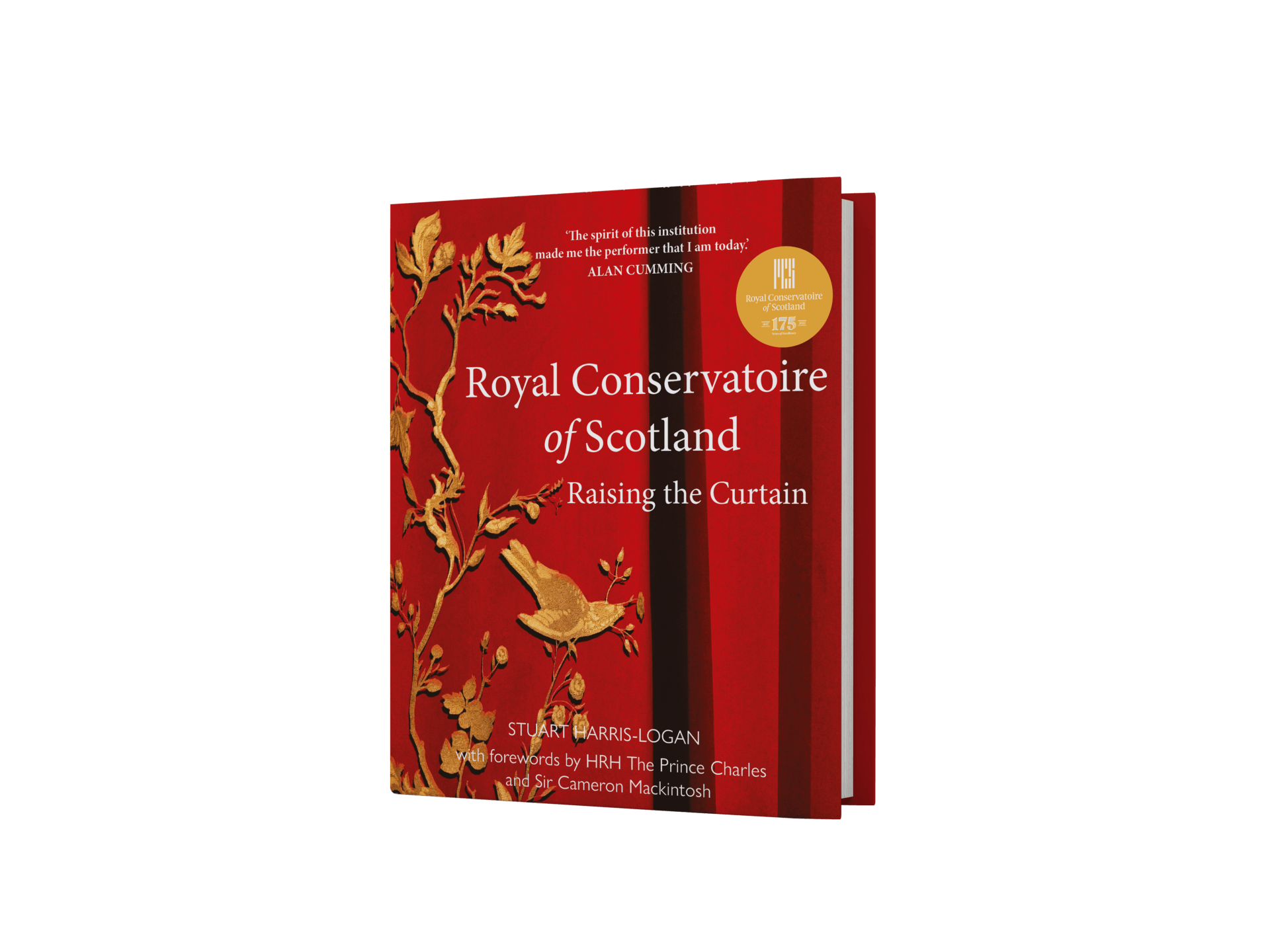 It’s a dazzling delve into the rich heritage of the Royal Conservatoire of Scotland – which celebrates its 175th anniversary in 2022 – bringing the past and present to life in an illuminating behind-the-scenes look at this iconic Glasgow institution with a global reputation.

Its pages are filled with intimate insights from more than 20 famous alumni and former staff and stunning images that include never-before-seen photographs and archival material.

Jackie Kay: “I can honestly say, no word of a lie, that it changed my life.” (Poet, playwright and novelist)

David Tennant: “They were three of the most important years of my life. Those years were hugely informing of who I became and I wouldn’t have stood a chance in the professional world without it.” (Multi-award winning theatre film and television actor)

“It’s a celebratory exploration of life at Scotland’s national conservatoire, from our beginnings in 1847 to where we find ourselves today, recognised as a world leader in performing arts education.

“The story of this place has never been about bricks or mortar, dates or statistics. It’s always been about people: staff, students and a wider family of alumni, supporters, partners and friends sharing their ideas, their dedication and their dreams. The RCS proudly reflects its home city of Glasgow in the belief that the arts are for everyone.”

The book’s compelling narrative opens with an introduction from His Royal Highness The Prince Charles, Duke of Rothesay, who is Patron of the Royal Conservatoire of Scotland: “As we mark this great milestone, we give thanks for those who, over so many years, have built this great international centre.

“We celebrate, too, the outstanding talents of the present generation and we look forward to those days, still to come, when the arts will, in new ways, continue to connect, to inspire and to transform.”

Legendary theatrical producer Sir Cameron Mackintosh, President of the Royal Conservatoire of Scotland, has written the book’s foreword: “I am proud to join in celebrating the 175 years throughout which this institution has been a powerhouse of the arts, both in Scotland and internationally. May it continue to grow from strength to strength and keep helping us tell stories to each other and to the world.”

Royal Conservatoire of Scotland: Raising the Curtain is authored by Stuart Harris-Logan, Keeper of Archives and Collections at RCS. Stuart joined the Royal Conservatoire in 2009 and was tasked with creating the institution’s archive from the mess of old store cupboards.

What emerged was an impressive collection of materials covering the full span of the Conservatoire’s 175-year history. The archive has grown and flourished to become the busiest conservatoire archive in the UK, with one of the largest collections of historic musical instruments in the world. 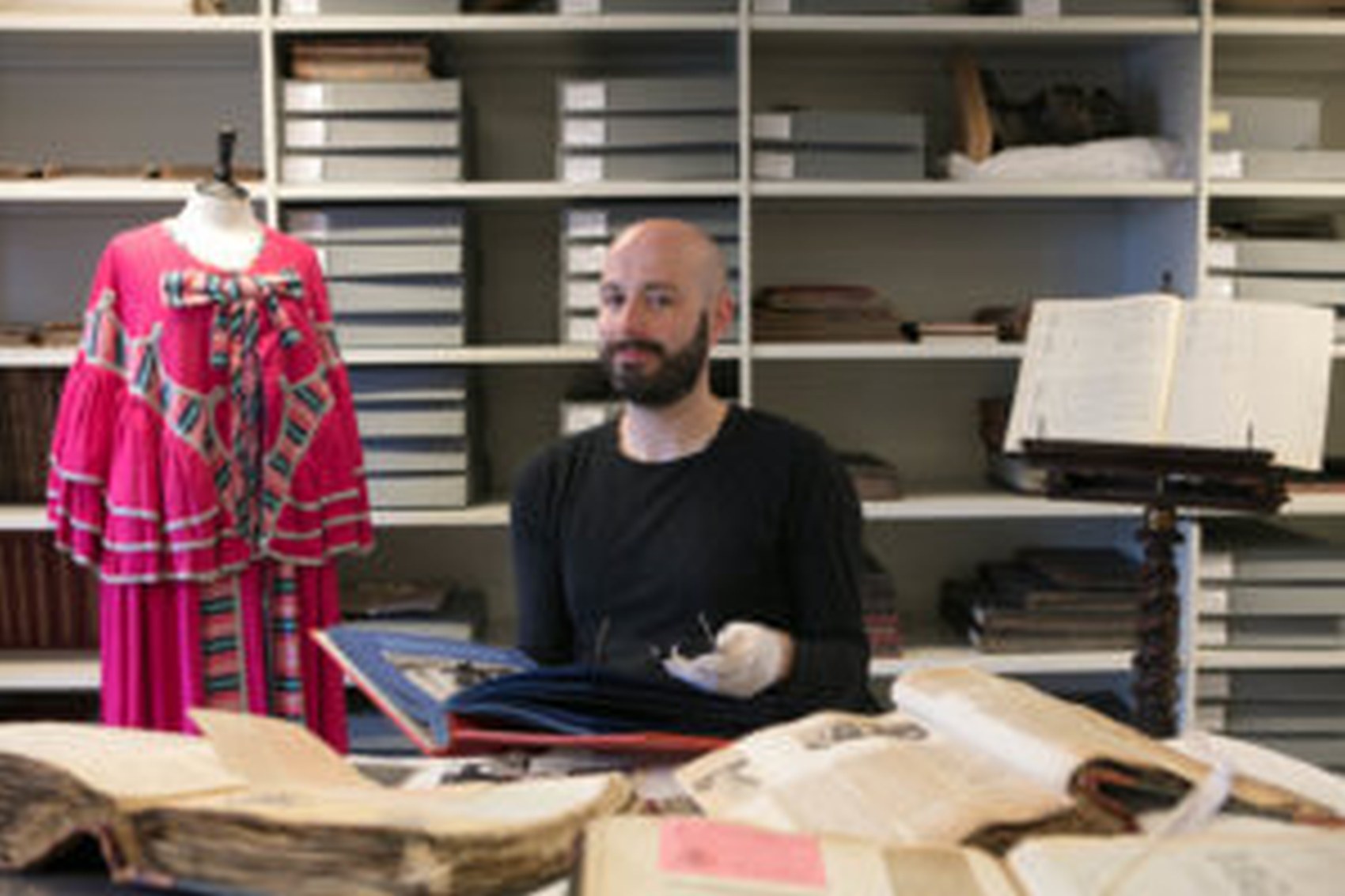 Stuart Harris-Logan said: “It’s hard to tell from our modern 1980s brick building but the Royal Conservatoire of Scotland is one of the oldest schools for the performing arts in the world. But this book is so much more than an historical overview; it is a coming together.

“One can’t tell the story of our national conservatoire without sharing the first-hand experiences of those whose lives it has touched. Our students and staff, both past and present, are as ever the true stars of the show.”

Royal Conservatoire of Scotland: Raising the Curtain is available in paperback (£20), hardback (£40) or a special limited-edition copy (£175) from the RCS shop, Amazon and all good booksellers.

Limited time launch offer: buy direct from the RCS shop for 10% off. A proceed of the book sales bought through RCS will go to support student scholarship.