She’s the Broadway sensation who has spent more than sixty years in the spotlight. Musical theatre icon Donna McKechnie, the Tony Award-winning actor, singer and dancer, has enjoyed a dazzling career in showbusiness.

The legendary leading lady has starred in a string of smash-hit musicals, including the original Broadway production of A Chorus Line, which celebrates its 45th anniversary this year.

Revolving around the lives of seventeen dancers hoping for their big break on Broadway, its message of resilience, dedication and to never give up on your dreams, whatever life throws at you, still rings true today ”¦ perhaps now more than ever.

Now, as graduates make their way in the industry, Donna, who launched a musical theatre scholarship in her name at the Royal Conservatoire of Scotland last year, has sent a special message to the Class of 2020.

“You have worked hard and accomplished so much to be where you at this moment in time and this is just the beginning of what I hope is a long, happy and successful life in the performing arts,” said Donna, from her home in New York City.

“We’ve all been put on pause during these difficult times. It’s been a challenge to navigate this new way of living but it’s not stopping us from looking forward and creating new ways to do our work. It will all come back, that is certain, but it may take more time than we might expect.”

Donna is a dedicated mentor and is committed not just to pass the baton but to be able to continue inspiring, encouraging and being a positive influence for a new generation of performing artists.

Every donation to the fund in its entirety supports the professional- in-training to help them realise their potential. Donations can be made at www.rcs.ac.uk/development-gift-vouchers/

Last year, to celebrate the scholarship launch, Donna took to the stage with students for an exclusive and intimate fundraising performance in one of her favourite cabaret venues. 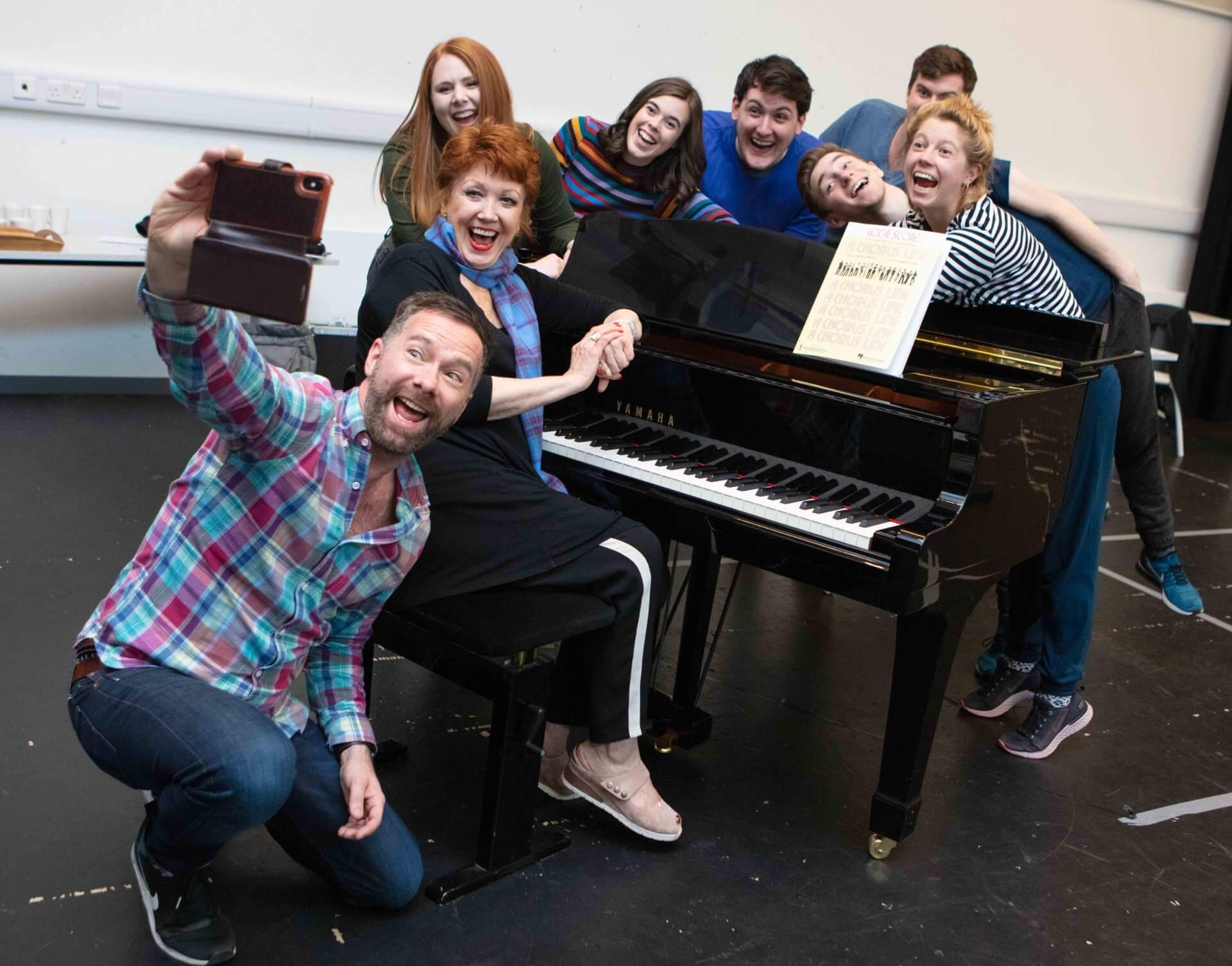 With music from A Chorus Line reimagined and rearranged, the students shared what drew them to the stage and the challenges they’d faced, while Donna inspired with tales from her own stellar life and career.

“I cannot believe it was almost a year ago that I visited the beautiful city of Glasgow to launch the musical theatre scholarship for the Royal Conservatoire in my name,” she said.

“What an honour for me! And what an honour to work with some of the graduating students in presenting a musical evening at the Crazy Coqs in London. It was a fantastic experience and so exhilarating for everyone.” 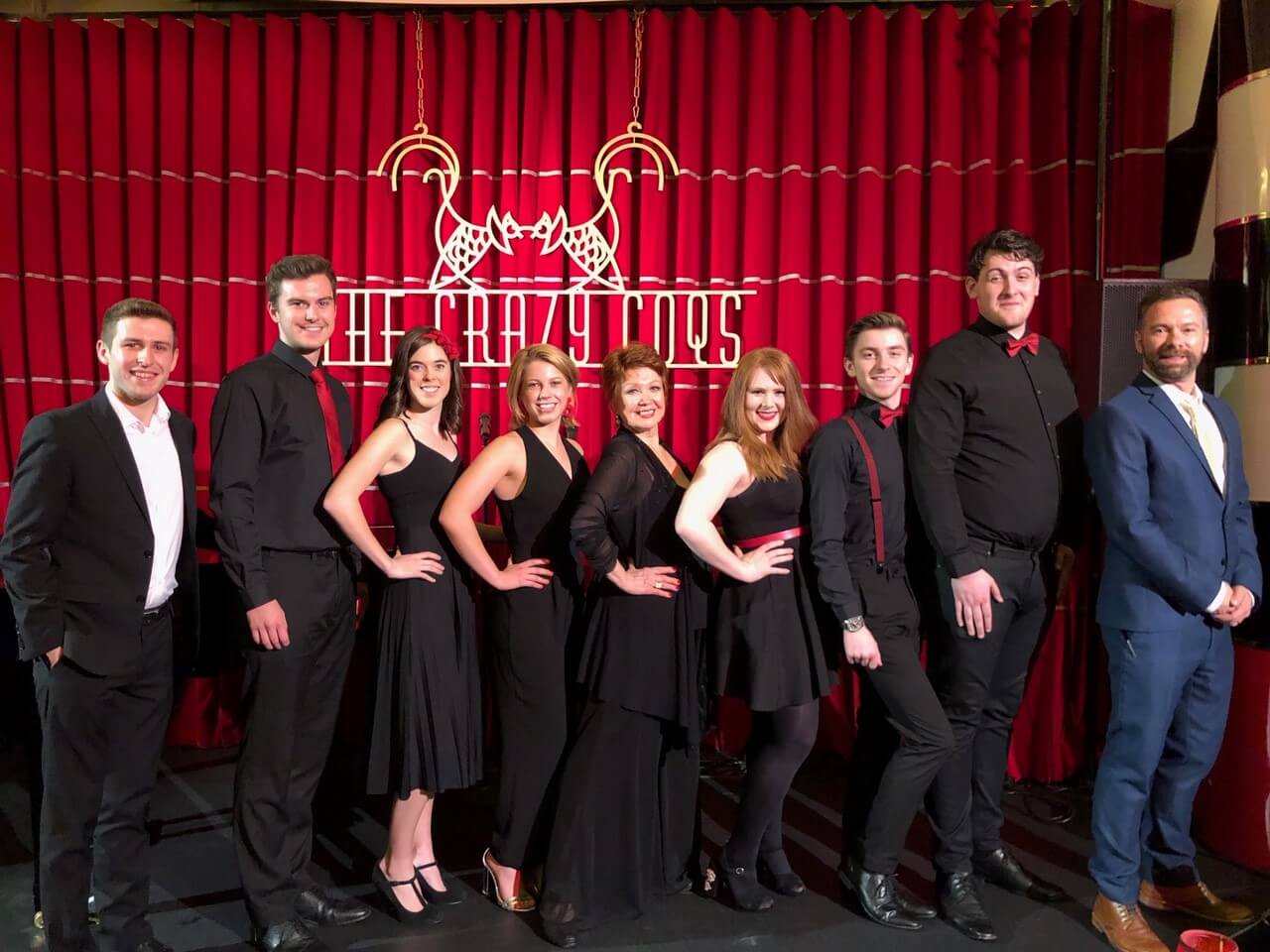 Donna and the students delivered a showstopping performance in London to launch the scholarship. They’re pictured with musical director and RCS graduate Ryan McKenzie (left) and director Andrew Panton (right).

The Class of 2020 may be graduating into a challenging arts landscape but with a six-decade career, Donna has found that between jobs, the ”˜downtime’ as she calls it, can often be the most creative of times.

“To be able to take the time to check in on what I need to improve and to think about, other things I want to pursue, to just take the time to think, to read, to write down thoughts and have ideas about how I can find ways to express myself creatively, can be more important than any performance I may ever give. So, this can be a good time, too.

“You are the future and you are going to define the future for all of us and I have great faith in you. The time will come when we can be together again, so keep the light on ”¦ one step at a time.”

Tune in to a recent interview where Donna McKechnie discusses her past, present and future with Richard Skipper.

The Royal Conservatoire of Scotland is opening applications to two new fully-funded modules specifically created for teachers, available from January 2021. The modules, Exploring Responsibility of All through Active Music Making and Music Technology in Secondary Schools, will be taught by RCS lecturers, and offer GTCS registered teachers professional learning within Scotland’s national conservatoire. These