A new digital start-up to foster artistic vigour and innovation in classical Scottish Highland bagpipe music – known as pibroch – is launched today (Friday, August 5) by the Royal Conservatoire of Scotland.

The Pibroch Network is a comprehensive online database that aims to make it easy for people to discover, learn, teach and research classical Highland bagpipe music, commonly known as pibroch: one of Scotland’s greatest cultural inheritances and global exports. Its vision is of a world in which pibroch features in mainstream education and performance and is valued internationally for its positive contribution to cultural life and wellbeing.

The Pibroch Network has recently received a boost through a £200,000 donation from the Louis Sterne Trust. It will seed a permanent endowment fund which will be managed jointly by the Royal Conservatoire’s Department of Traditional Music and the institution’s Research and Knowledge directorate.

The endowment will support the Network and its partners to:

The Traditional Music department at Scotland’s national conservatoire is led by piper Professor Joshua Dickson, whose research record, innovations in curriculum design and engagement with generations of students make the Royal Conservatoire of Scotland uniquely placed to drive new directions for piping education and outreach.

Commenting on the launch of the Pibroch Network, Professor Joshua Dickson said: “This fantastic resource builds on the strengths of David Hester’s and Barnaby Brown’s co-creation by working with a wide range of organisations to enrich access to and understanding of pibroch, and indeed by reaching out beyond its usual boundaries – from the village hall to the concert hall, fostering greater links in education and research and developing further toolkits for teaching, learning and composing.”

The Royal Conservatoire of Scotland delivers the UK’s only Bachelor of Music curriculum dedicated to traditional and folk music, including the music of Scottish bagpipes. Every year, student pipers explore Scotland’s musical traditions as a dynamic framework within which to achieve a distinctively personal voice. This is interwoven with a solid basis in contemporary and eclectic performance practice which, since the Traditional Music degree programme began in 1996, has helped shift the paradigm away from its historic marginalisation in cultural life.

Professor Dickson added: “We believe that it is important to foster courage and innovation in classical Scottish bagpipe music of all periods and to cultivate performers’ virtuosity in ways that are both boundary-pushing and respectful of tradition.”

Professor Stephen Broad, Director of Research at the Royal Conservatoire of Scotland, said: “The Pibroch Network, underpinned by the substantial gift from the Louis Sterne Trust, will pursue a long-term programme of research and engagement that will transform our understanding of the classical music of the Highland bagpipes. I’m confident that the impact of this work will be widely felt, here in Scotland and internationally.”

The Pibroch Network began life as the ‘Alt Pibroch Club’ in May 2013, as a collaboration between David Hester, PhD and pibroch scholar and early music specialist Barnaby Brown, supported by the significant contributions of renowned piper Allan MacDonald and the late Roderick Cannon. Together, Hester and Brown curated a digital resource providing free and open access to a vast trove of pibroch’s earliest primary source materials.

Following David Hester’s untimely passing in 2019, Mr Brown teamed up with Professor Dickson and, thanks to an Athenaeum Award grant by the Royal Conservatoire of Scotland, this led to a re-design and re-launch of the resource as the Pibroch Network.

The Pibroch Network operates through a small core team which continues to gather the energies and expertise of a diverse range of freelancers, volunteers and academics, adapting to stay abreast of advancing technologies, in tune with users and nourished by engagement with the wider field of digital humanities.

Barnaby Brown, Founder of the Pibroch Network, said: “It brings me great joy to see Highland piping rising steadily in respectability and relevance to mainstream culture, its spirit and sophistication not shrouded by ‘bad othering’, its high priests not putting off young people by perpetuating old habits. “It is exciting to be more in tune with the present and, at the same time, more in touch with a treasure trove of historical evidence.”

Finlay MacDonald, Director of The National Piping Centre, said: “I believe the Pibroch Network provides an engaging and insightful source of inspiration to our students and the wider piping community. With further development, this source will hold more relevance, be more accessible and will encourage students to explore their own interpretation of the music and surrounding culture of piobaireachd.”

John Mulhearn, co-founder of the Big Music Society, commented: “The Big Music Society seeks to create new and engaging performance contexts for piobaireachd. In a tradition dominated by competition, it has become increasingly clear that creative thinking is necessary to ensure a future for this rich and important music. We are excited at the prospect of collaborating with the Pibroch Network on future performances and compositional projects.”

Derek Midgley, President of the Competing Pipers Association, said: “The Competing Pipers Association is excited to support the Pibroch Network as they seek to offer a wider educational resource for pipers around the world. It is our hope that the invaluable information the Pibroch Network has put together finds its way not just to the CPA membership but to aspiring pipers everywhere. As we come together to play music on the Great Highland Bagpipe and are always looking for the next thing, we can only thank the Pibroch Network for bringing the past back to life.”

Almut Boehme, Music Curator at the National Library of Scotland, said: “The Pibroch Network is a great resource for pipers all over the globe offering great opportunities to access classical Highland piping. The National Library of Scotland is particularly keen to ensure more people can access our piping resources, and we welcome this opportunity to collaborate with the pibroch community.” 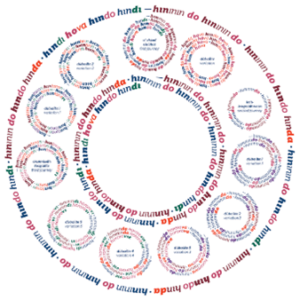