A stellar line-up of groundbreaking artists from stage, screen and music will be honoured alongside the Royal Conservatoire of Scotland Class of 2022 next month.

Four visionary figures from across the creative arts will be recognised with honorary degrees at the Royal Conservatoire of Scotland’s summer graduation.

Honorary degrees are awarded by the Academic Board of the Royal Conservatoire of Scotland, which may confer the title upon any person it considers has made a truly outstanding contribution to their profession and whose achievements richly deserve high distinction and recognition.

This summer’s recipients are: 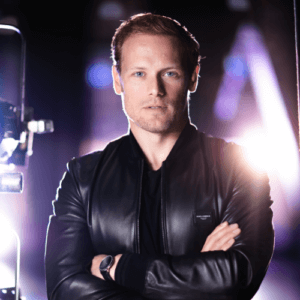 On Thursday, July 7, more than 300 students will graduate across the disciplines of music, drama, dance, production, film and education at the nation’s conservatoire, named one of the world’s top five destinations to study the performing arts in the QS World University Rankings earlier this year.

Professor Jeffrey Sharkey, Principal of the Royal Conservatoire of Scotland, said: “This year, the Royal Conservatoire of Scotland is delighted to be honouring four exceptional artists who not only entertain audiences across the globe but continue to inspire and show real leadership. Marin Alsop, Ncuti Gatwa, Sam Heughan and Errollyn Wallen are outstanding ambassadors and role models.

“Graduation is a highlight of the year, and we can’t wait to join our students for what is always a wonderful day of joyful celebration. To be able to come together in person to mark their achievements, after the challenges of the last two years, will have extra significance. It is also an opportunity to recognise the groundbreaking artists who use their art, and platforms, as powerful vehicles for change.”

There will also be a day of celebration on Wednesday, July 6 for the classes of 2020 and 2021 who graduated during the pandemic. As in-person summer graduation ceremonies couldn’t take place during that time due to health and safety guidelines, they’ll return to RCS with family and friends to mark the milestone.

Professor Sharkey added: “Throughout the pandemic, we always said that when we were able to, we’d invite our 2020 and 2021 graduates back to RCS to have the graduation they missed out on due to the health and safety regulations on large group gatherings during that time.

“We’re thrilled that so many can join us on 6 July and can’t wait to welcome them, and their loved ones, to RCS. This remarkable group displayed such resilience, creativity and commitment during their studies in such a time of uncertainty for us all.”

Watch the RCS summer graduation ceremonies on the website

Marin Alsop: One of the foremost conductors of our time, Marin Alsop represents a powerful and inspiring voice. The first woman to serve as the head of a major orchestra in the United States, South America, Austria and Britain, she is internationally recognised for her innovative approach to programming and audience development, her deep commitment to education, and her advocacy for music’s importance in the world. Marin currently serves as Chief Conductor of the ORF Vienna Radio Symphony Orchestra, the first Music Director of the University of Maryland’s National Orchestral Institute + Festival (NOI+F), and the first Chief Conductor and Curator of Chicago’s Ravinia Festival, where she curates and conducts the Chicago Symphony Orchestra’s summer residencies. She is also Conductor of Honour of Brazil’s São Paulo Symphony Orchestra (OSESP) and holds the title of Music Director Laureate and OrchKids Founder at the Baltimore Symphony Orchestra, after recently concluding an outstanding 14-year tenure as its Music Director. As well as enjoying long-standing relationships with the London Philharmonic and London Symphony Orchestras, she regularly guest conducts such major international ensembles as the Orchestra of the Age of Enlightenment, the Orchestre de Paris and the Cleveland, La Scala, Leipzig Gewandhaus, Philadelphia and Royal Concertgebouw Orchestras. An ardent champion of new composition, she was Music Director of California’s Cabrillo Festival of Contemporary Music for 25 years. Last season, in collaboration with YouTube, Google Arts & Culture and a host of the world’s leading arts organisations, she spearheaded the #GlobalOdeToJoy, a crowd-sourced video project to celebrate Beethoven’s 250th anniversary and amplify his Ninth Symphony’s call for tolerance, unity and joy. The first and only conductor to receive a MacArthur Fellowship, Alsop has also been honored with the World Economic Forum’s Crystal Award and numerous honorary doctorates. Recognised with Grammy, Classical BRIT and Gramophone awards, her extensive discography includes recordings for Decca, Harmonia Mundi, Naxos and Sony Classical. To promote and nurture the careers of her fellow female conductors, in 2002 Marin founded the Taki Concordia Conducting Fellowship, now renamed in her honor as the Taki Alsop Conducting Fellowship. The Conductor, an award-winning documentary about her life, debuted at New York’s 2021 Tribeca Film Festival.

Ncuti Gatwa: Ncuti is best known for his critically acclaimed and award-winning performance in Netflix’s Sex Education, where he plays the much-loved and scene-stealing character Eric Effiong, for which he was recognised with the Best Actor award at the Scottish BAFTAs in 2020 and the Outstanding Supporting Role award at this year’s National Comedy Awards. Ncuti has also been BAFTA-nominated for his role in Sex Education for the past three years in a row. Ncuti will take on one of the biggest roles in television when he steps into the iconic shoes of Doctor Who, in the renowned BBC sci-fi series. Film roles include the new Barbie movie, directed by Greta Gerwig, and Last Letter from Your Lover. He is an alumnus of RCS’s BA Acting programme and graduated in 2013. Ncuti is an advocate for youth homelessness charity Centrepoint.

Sam Heughan: Sam found worldwide fame playing the lead character of Jamie Fraser in the smash-hit, time-travelling drama series Outlander. In 2021, the actor, best-selling author, entrepreneur and philanthropist – and RCS graduate – announced a new ten-year scholarship at RCS. Sam, who graduated from the BA Acting degree programme in 2003, is personally funding three annual scholarships for undergraduate students in the School of Drama, Dance, Production and Film. Sam also created Write Start: The Sam Heughan Creative Commission, designed as an annual award at RCS to encourage students to devise original and compelling new work. A driving force in Sam’s life is his commitment to charity and he is the founder of the global movement My Peak Challenge, which is dedicated to educating and inspiring its thousands of members around the globe while fundraising to change lives.

Errollyn Wallen CBE: Errollyn Wallen is a multi-award-winning Belize-born British composer and performer. Her prolific output includes twenty-two operas and a large catalogue of orchestral, chamber and vocal works which are performed and broadcast throughout the world. She was the first black woman to have a work featured in the Proms and the first woman to win the Ivor Novello Award for Classical Music. Errollyn composed for the opening ceremony of the Paralympic Games 2012, for the Queen’s Golden and Diamond Jubilees, a specially commissioned song for the climate change conference, COP26, 2021, and a re-imagining of Jerusalem for BBC’s Last Night of the Proms 2020. BBC Radio 3 featured her music across the first week of 2022 for its flagship programme, Composer of the Week and she has made several radio documentaries including Classical Commonwealth, nominated for the Prix Europa, which explored the impact of colonialism on music in the Commonwealth. Errollyn founded her own group, Ensemble X whose motto is “we don’t break down barriers in music…we don’t see any”. Their orchestral album PHOTOGRAPHY on the NMC label was voted a Top Ten Classical Album by USA’s National Public Radio. Orchestra X performed Errollyn’s composition Mighty River, which was featured in PRSF’s New Music Biennial 2017 and which is being performed at this year’s PRSF Biennial by National Youth Orchestra of Great Britain at Coventry Cathedral and the Southbank, London. Errollyn collaborated with artist Sonia Boyce on her installation, Feeling Her Way, for the British Pavilion at this year’s Venice Biennale which won the Golden Lion prize for Best National Participation. Errollyn’s albums have travelled 7.84 million kilometres in space, completing 186 orbits around the Earth on NASA’s STS115 mission. Her critically acclaimed opera, Dido’s Ghost, premiered at the Barbican, London, in June 2021 and will receive its US premiere in 2023 in San Francisco by co-commissioners Philharmonia Baroque Orchestra and Chorale. Recent and forthcoming premieres include a piano concerto composed for pianist Rebeca Ormodia, The World’s Weather, an orchestral work premiered by BBC Scottish Symphony Orchestra, conducted by Martyn Brabbins, and new choral works for King’s College Choir, Cambridge, Westminster Abbey, Salisbury Cathedral and Harrow School. The April premiere and tour of her latest opera (for Graeae Theatre Company), The Paradis Files, coincided with the premiere of Quamino’s Map, for Chicago Opera Theater. Errollyn was awarded an MBE in 2007 in the Queen’s Birthday Honours and a CBE in 2020 in the New Year Honours, for services to music.