Exploring mental health through physical performance, musical workshops for children,and a short film that examines the human connection to land and sea ”¦ they’re just a few ways in which Royal Conservatoire of Scotland graduates will harness the power and potential of the performing arts as they take their first steps on their professional paths.

Thirteen emerging artists from The Royal Conservatoire of Scotlandhavereceivedawards through the Make It Happen Fund, a micro-funding initiative that gives our most recent graduates access to a competitive pot of seed funding to support their career goals and ambitions.The fund aims to create access to a source of funding that will support our graduates early stage career development, in a range of areas such as: training, networking, testing ideas, starting up companies, staging pop-up events and forming new collaborations.

Professor Jeffrey Sharkey, Principal of the Royal Conservatoire of Scotland, said: “We live in challenging times where the innovation and creativity of artists can have more value and impact than ever. RCS’s Make It Happen Fund, will help our graduates to develop their own projects and voices, on the themes that matter most to them, to benefit others and transform the world around them. Congratulations to our latest Make It Happen Fund recipients we look forward to watching you flourish.”

This year’s awardees received fundingshortly before the COVID-19 lockdown. Proposed plans, projects, and performances haveallchanged radically since then.Despite these challenging times,however,the innovation and the creativity of the Make It Happen Fund Awardees shines through. 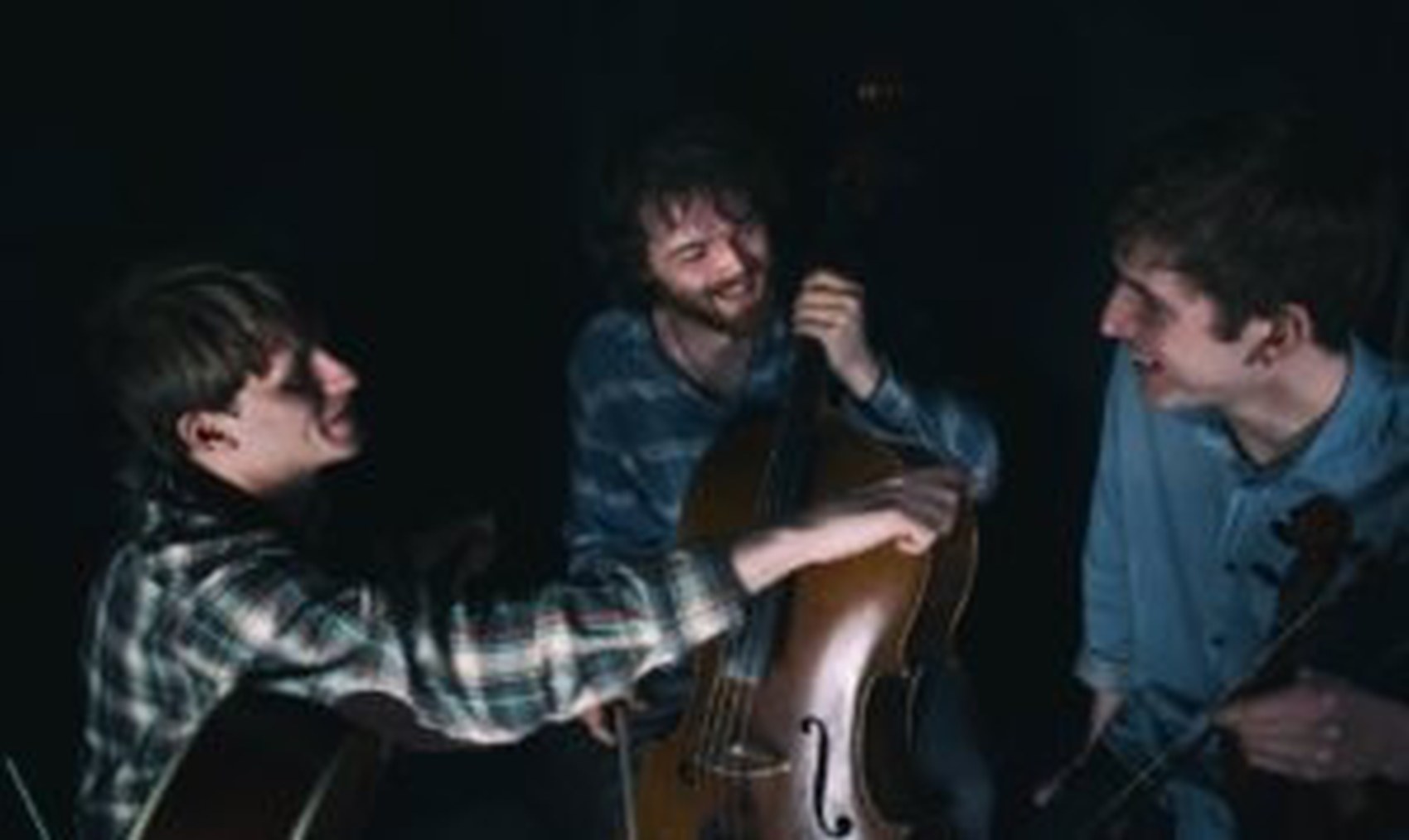 Charlie said: “Collaboration and recording often come at great cost, paid for largely by conceding to serious creative limitations. It’s why support from the Make It Happen Fund has provided an extraordinary chance at additional creative freedom as we go ahead. Snuffbox was formed during our respective years at the Royal Conservatoire and showcases a diverse range of styles and repertoires.” 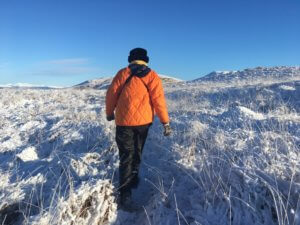 Through the Make It Happen Fund, Sinead and Anyawill create a short filmthat weaves new writing and ecological research with the theatrical backdrop of Scottish landscapes.Sinéadsaid: “This award means we are able to take the time and resources we need to really begin our exploration into our human connection with the land and seain the midst of spirallingecological devastation. We plan for this creative task to be the beginning of a long-lasting collaborative research practice.” 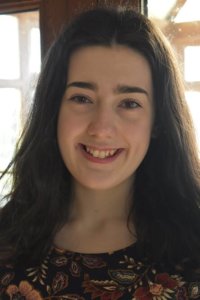 Rosie is a Scottish soprano who has helped to devise and deliver workshops alongside the Scottish Chamber Orchestra for primary and secondary school pupils across Glasgow and Edinburgh. She has also taught music in nursery and primary schools across Glasgow and the north east coast. She is currently a singing teacher in Angus, as well as teaching music in nurseries around Dundee and Angus. Make It Happen funding will support a trial workshop for her new company, ECHO Arts.

Rosie said: “ECHO Arts aims to introduce children to the expressive arts including music, drama, storytelling and movement across Dundee and Angus. ECHO Arts believes that every child should have access to the expressive arts, hence the slogan ‘Every Child Has Opportunities in the Arts’. This project will involve a one-off interactive workshop taking inspiration fromPeter and the Wolfand will incorporate different musical genres, composition, movement and storytelling.” 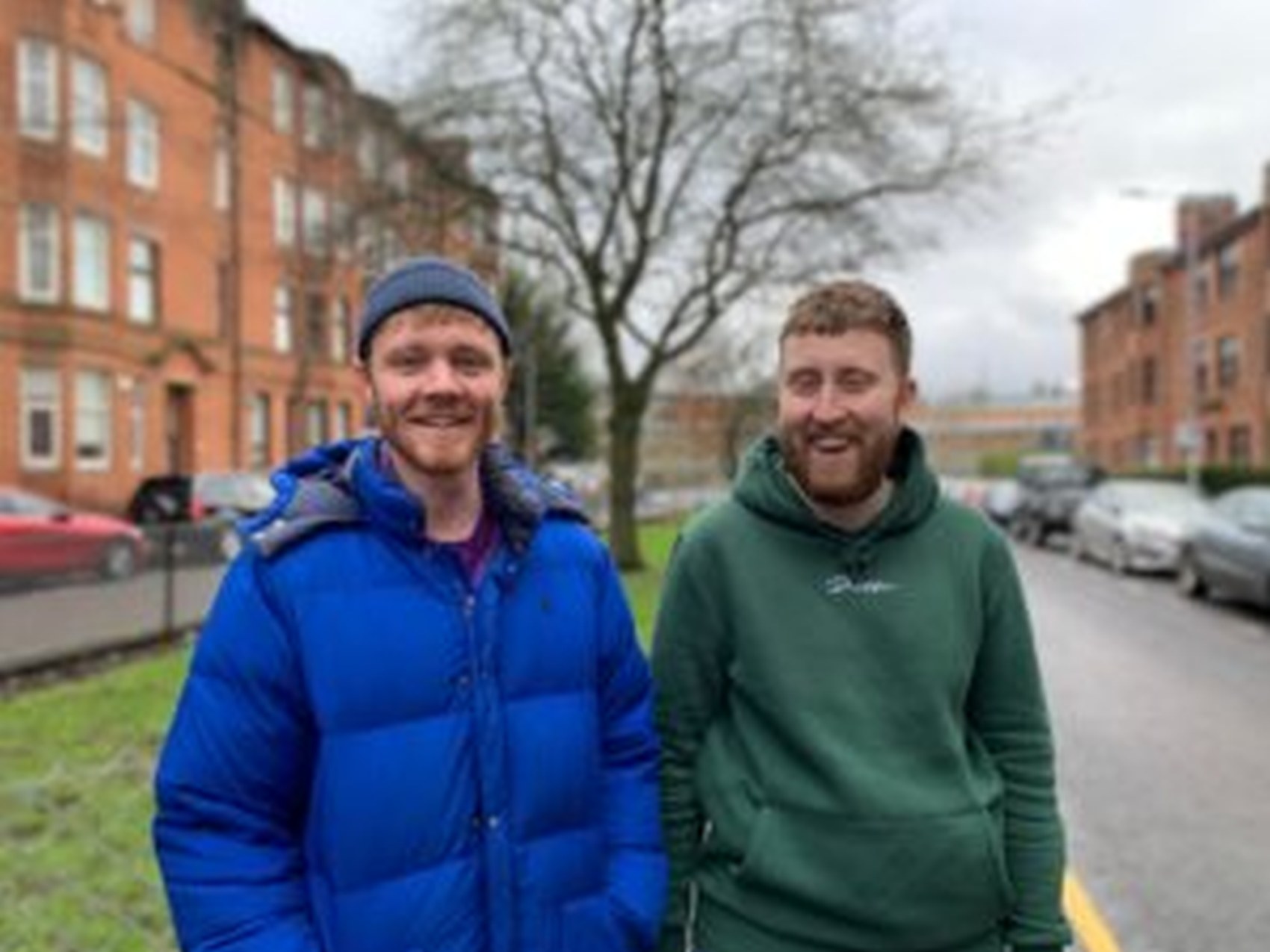 DanandRicky will developYoung Shorts, a series of playwriting workshops in primary schools culminating in a performance.Both are passionate about creating theatre with young people who may not find theatre or the arts accessible. They also seek to build confidence and self-esteem within the young people that they work with and in doing so, giving them agency to follow their aspirations, no matter how big. Dan and Ricky aim to use the arts to make a comment on the current social and political landscape and how they as artists, and the young people they work with, exist within it.Dan said: “As artists who are both incredibly interested in socially engaged practice, specifically working with young people, Make It Happen funding will be hugely beneficial for our project and will allow us, as newly formed collaborators, to begin to understand and develop our shared practice.” 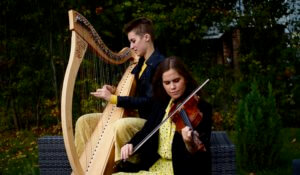 Harpist Justyna Krzyzanowska is part of duo Woodlands, which will record its first album, blending Scottish traditional music with classical, pop and Swedish folk music.Justyna and fiddler Kristina Leesik met as students at the Royal College of Music in Stockholm, Sweden. Both were headed to Scotland Justyna for aMastersat RCS and Kristina as an Erasmus student. Almost three years later, what started out as a small kitchen jam has grown into a duo.Justyna said: “With the help of this award, we will record our first full-length album featuring traditional Scottish, Gaelic and Irish music as well as own compositions influenced by the Celtic, Swedish and jazz traditions. We hope the album to be a launch of our professional careers as wellas a way toshare newly composed and arranged music.” 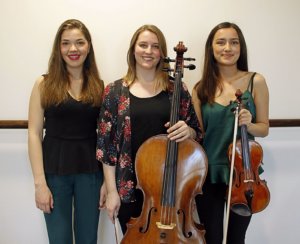 Trio Doyenne is an international trio comprised of RCS graduates MonikaMaÅ¡anauskaitÄ—(piano), Michelle Dierx (Bachelor of Music Violin, 2018) and Shannon Merciel (Master of Music Cello, 2018).The trio, from Lithuania, Belgium and the US respectively, have performed around the world and funding will allow them to embark on a five-date Scottish tourwhen allowed.Monika said: “The Make It Happen award is an immense achievement for our trio which will enable us to perform five concerts around Scotland. The performances itself are incredibly important however, we feel that the preparation for the tour will make us grow and take bigger challenges as performing artists.” 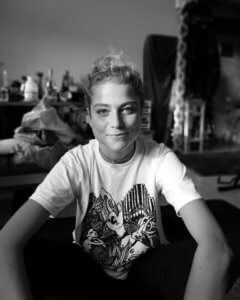 Hannah and Zwaans will holda research and development week to create the start of a new piece of performance that approaches mental health physically and raises awareness of borderline personality disorder (BPD).Hannah said: “The Make It Happen funding is allowing me to embark on a project to try and better understand BPD and develop my first-ever choreographic piece of work that looks to shed light on an incredibly complex and misunderstood illness. Not only will I have the time and space to create and work with my collaborators, I can also pay them for their time and talents.” 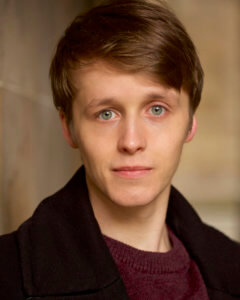 BonesawSuperioris a new play by BA Acting graduate Michael Monroe, who will use the Make It Happen funding for a week of development, followed by a public reading. RCS acting students will be involved throughout the process.Michael said: “Make It Happen funding will allow me to take further steps towards the realisation of my new play. It will facilitate development, presentation and artistic collaboration in ways that wouldn’t be possible otherwise.”

Actor andtheatremakerSanjay will developAsk Me If I’m Okay, an autobiographical piece of theatre exploring themes of male suicide, masculinity and mental health in South Asian communities.

Sanjay creates work that is mainly autobiographical, movement or text based. He will collaborate onAsk Me If I’m Okaywith RCS alumni Kenny Dunlop (Bachelor of Music Accordion, 2019) and Jonathan Pinto (current Master of Music Performance student).Sanjay said: “I am beyond happy to receive this award to develop my show. I would never have been able to develop this show on my own, andthis is whyit is so important to have such great graduate creative funds like Make It Happen. It gives graduates a positive message that money shouldn’t be a barrier and that support is there. Now the next step begins in bringing this piece to another level.” 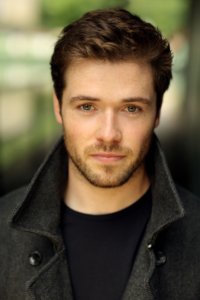 Visiting Cezanneis an international collaboration between Michael Wallace, fellow BA Acting graduate Paula Nugent (2018) and American writer and producer Duane Kelly,which will be performed at the 2021 Edinburgh Festival Fringe.Michael and Paul are both inspired by the range of international pedagogies and languages their education was informed by and the opportunities for collaboration that it provided.Michael said: “The Make It Happen funding means a great amount to me as it further confirms my belief that RCS is an institution that wants to help students well beyond their time spent there. The ability to gain feedback and support from the school almost two years after graduating is incredibly helpful and makes the transition into the industry that little bit less daunting.” 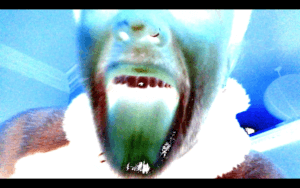 I.Beena badboy:-cut me looseis a multimedia piece for instrumental performers, speakers and video which was due to be performed at the Royal Conservatoire’s annual PLUG festivalin May.

The piece is written for performers with instruments, preparations, webcams and laptop, whilst working with visual projection and a multichannel speaker set-up.Harry said: “Unfortunately, due to Covid-19, the gig has been postponed but the expectation is that the performance will still happen when possible. With help from the Make It Happen Fund, I was able to purchase the necessary equipment for this project’s development, which included the software Max and a family of webcams, all of whom have been with me throughout the lockdown and have brought me great comfort.” 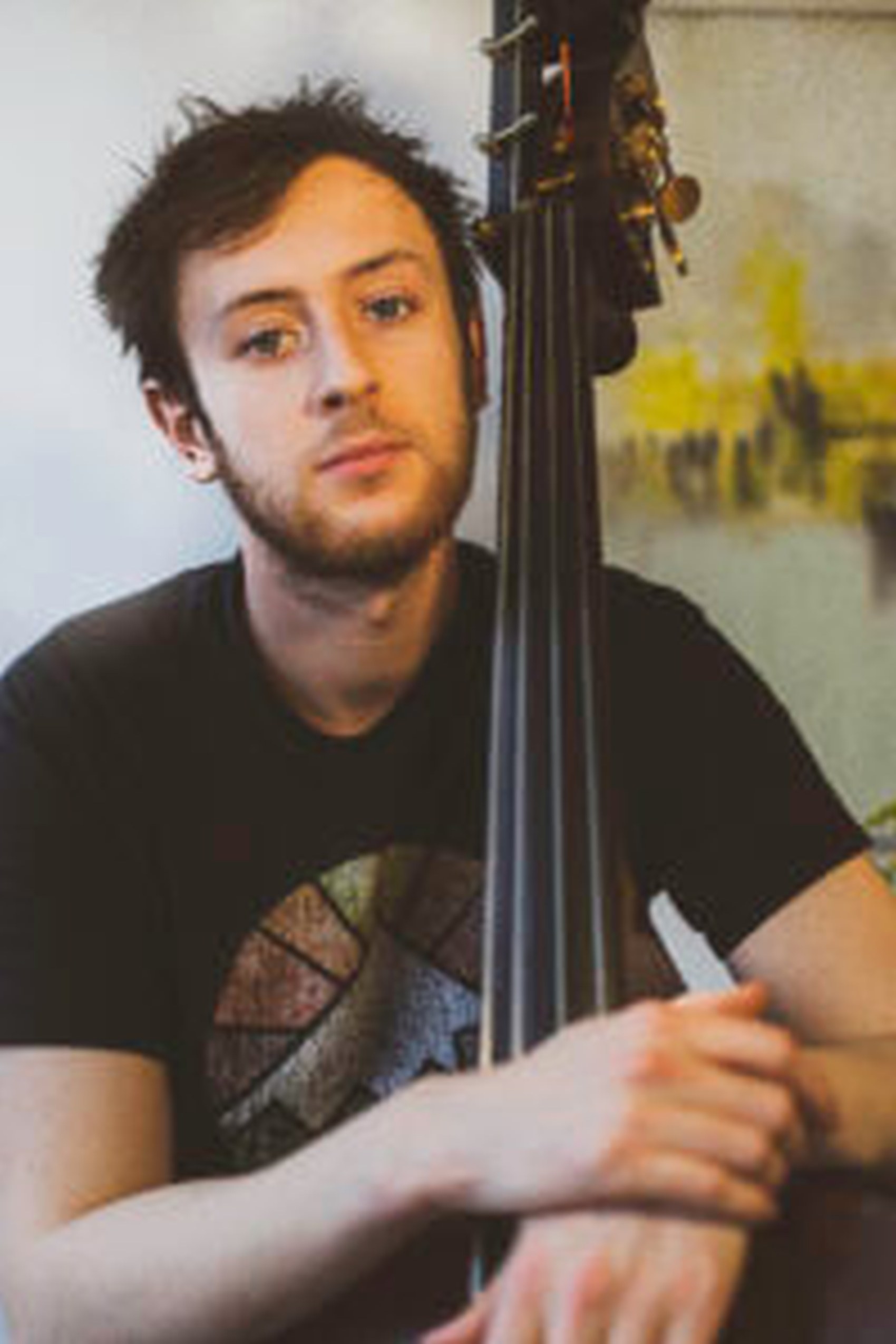 Callum’s businessSlÃ inteSounds acts as a platform to promote Scottish tradition and culture in the music industry.

From music for events to international touring, Callum hopes to shine a spotlight on what Scotland has to offer. 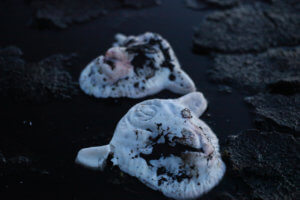 Elise is one-third of Mellon Charles along with Matt Zurowski (Bachelor of Music Composition, 2015) James Elliott Dixon a nomadic sound system which can be found in the north of Scotland responding to questions of land reform, ecology and rave culture through site-specific musical performances. They are currently preparing for a performance at Sonica in November.