From Hollywood’s golden era to Glasgow

Movie magic from the golden age of Hollywood found a new home in Glasgow this year.

Six original backdrops from the Metro-Goldwyn-Mayer (MGM) film studio are helping to inspire the next generation of aspiring scenic artists at RCS.

The hand-painted cloths were created between 1938 and 1952 for films Marie Antoinette, Madame Curie, The Skipper Surprised His Wife, The Light Touch and Washington Story. They’re now being used as a teaching tool on the three-year Production Arts and Design degree programme. 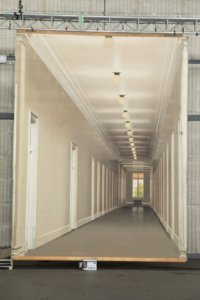 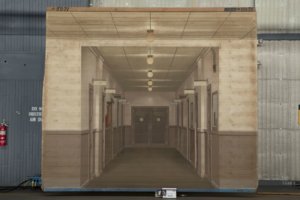 The Skipper Surprised His Wife 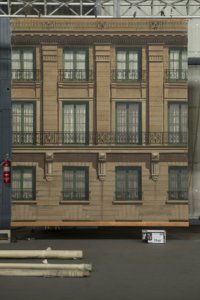 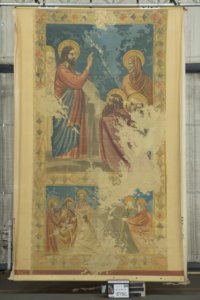 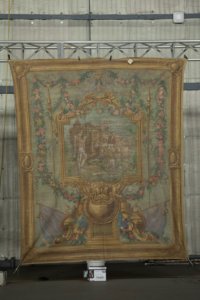 The backdrops were to be showcased in a special public event at RCS in April, The Lost Art of Hollywood, hosted by Gary and Film lecturer Dr Andy Dougan, who planned to reveal how they were created and used on the big screen.

The event, which will be rescheduled, will also honour the Scot who was at the helm of the MGM scenic art studio from 1935 to 1969, Edinburgh-born artist George Gibson. 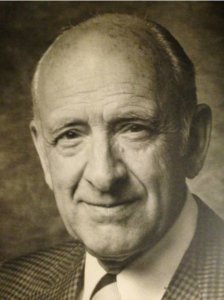 “The reason I approached the Backdrop Recovery Project was because of George,” said Gary Fry.

“George studied at The Glasgow School of Art and was a scenic apprentice at the Theatre Royal in Glasgow – both right on the doorstep of RCS – before he emigrated to California in 1930. His first film as the head of the scenic studio was The Wizard of Oz in 1939 and other major credits include An American in Paris and Brigadoon.

“Having the connection to our neighbourhood through George makes these beautiful backcloths even more special. It’s wonderful that we can honour George’s legacy and celebrate his talent at RCS while helping to preserve and share these incredible pieces of scenic art history.”

Students used the cloths as inspiration for the BA Musical Theatre production of City of Angels, the last drama performance staged at RCS before the national lockdown in March. 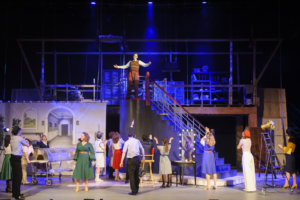 “We used one of the cloths when we painted a small backdrop for City of Angels, which was set in the early days of the Hollywood movie industry,” says Gary.

“The cloths are a great resource for teaching students about one point and aerial perspective, the use of a limited palette and economy of line and brushmarks. Some are excellent examples of illusionistic trompe l’oeil painting while others are translucent, which changes the scene from day to night using lighting.” 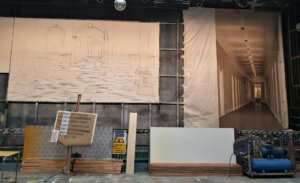