The Royal Conservatoire of Scotland has celebrated its class of 2022 in its autumn graduation and fellowship ceremony.

Students from across the disciplines, including MA Classical and Contemporary Text (Acting and Directing), MA Musical Theatre (Performance and Musical Directing), Master of Arts (Music) and MEd Learning and Teaching in the Performing Arts, gathered in Glasgow on October 27 to mark the culmination of their studies at Scotland’s national conservatoire, a world top-five destination for performing arts education.

They were joined by Royal Conservatoire of Scotland governors Professor Donald MacRae OBE FRSE and Agnes Robson, and Roddy MacLeod MBE, one of the most distinguished and widely accomplished pipers of his generation, who received fellowships.

Professor Jeffrey Sharkey, Principal of the Royal Conservatoire of Scotland, said: “Professor Donald MacRae, Agnes Robson and Roddy MacLeod have made significant contributions to business, education, music and culture in Scotland and we’re delighted to honour their achievements while celebrating our graduands on this special occasion.” 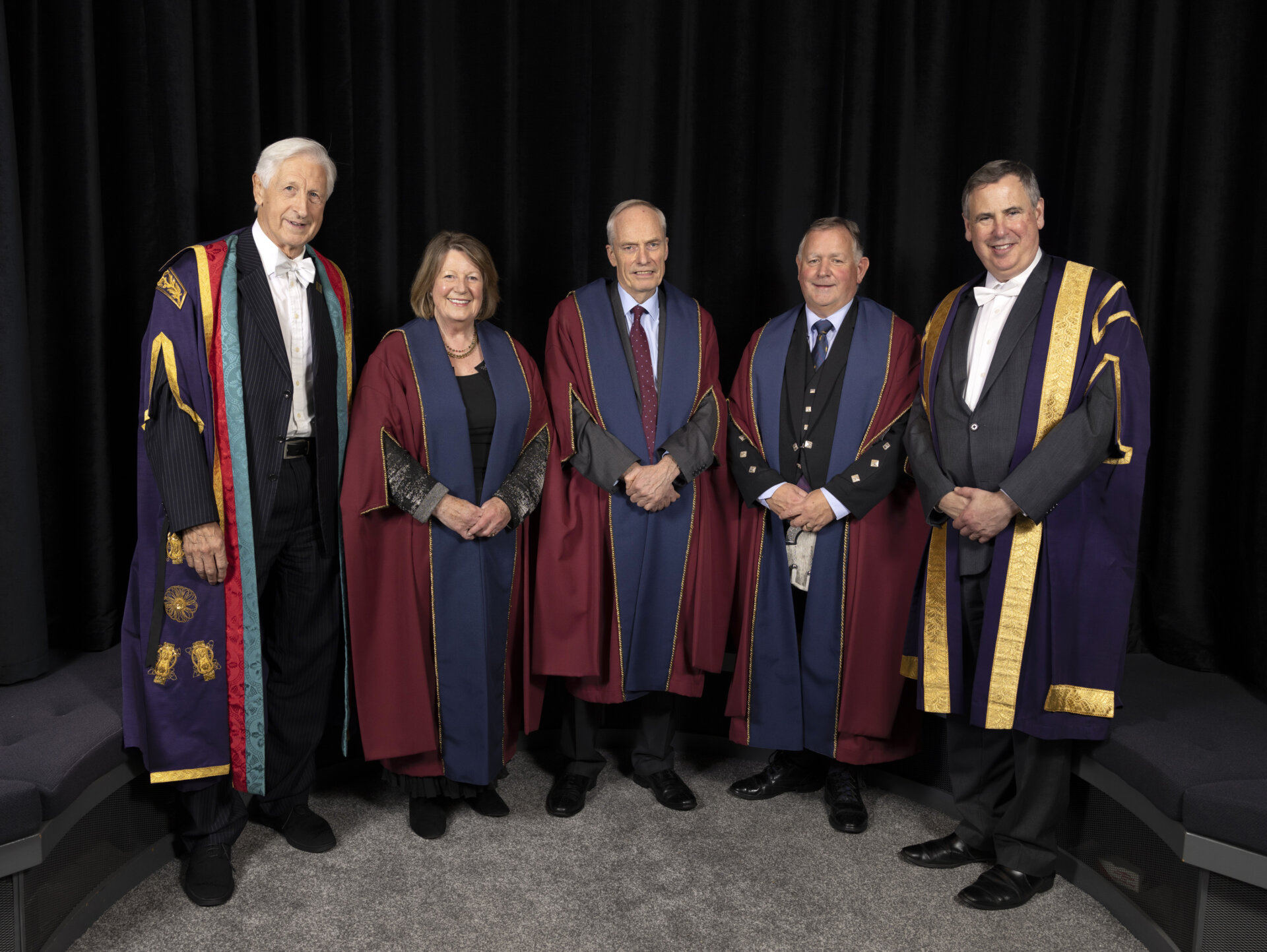 Award-winning piper Roddy MacLeod MBE is internationally esteemed as a teacher, adjudicator and recitalist. As Principal of The National Piping Centre from 1996 to 2020, he was a driving force behind the development of the BA (Scottish Music – Piping) degree programme at RCS – now the BA Traditional Music: Piping degree – the establishment of the National Youth Pipe Band of Scotland and the formation of the Piping and Drumming Qualifications Board.

He was the co-founder of Piping Live!, Glasgow International Piping Festival. In 2003, he was made a Member of the British Empire in recognition of his services to piping. In 2012, Roddy was inducted into the Scottish Traditional Music Awards Hall of Fame and, in 2019, was honoured by the City of Glasgow and awarded the Lord Provost’s award for services to music.

Professor Donald MacRae OBE FRSE was educated at Fortrose Academy, Ross-shire and the University of Edinburgh. He is a past executive director and non-executive director of Lloyds TSB Scotland plc and TSB Bank plc and Chief Economist, Lloyds Banking Group Scotland.

Professor MacRae is a former board member of Scottish Enterprise and Scottish Homes, and a former independent member of the Skills Committee of the Scottish Funding Council and Skills Development Scotland.

He is a former trustee of the David Hume Institute and is a fellow of the Royal Society of Edinburgh and the Chartered Institute of Bankers in Scotland. In 2012, he was awarded an OBE for services to enterprise and rural development. Donald was a member of the board of governors of the Royal Conservatoire of Scotland and Convenor of the Finance and General Purposes Committee and a member of the Remuneration Committee from 2012 to 2022.

Agnes Robson was the Head of Corporate Services (HR, IT and Estates) in the (now) Scottish Government and a member of the main management board. She also worked in a range of policy areas including health, energy and urban regeneration.

Agnes has held a range of non-executive director roles including on the Scottish Leadership Foundation, the Scottish Health Council, Citizens Advice Scotland and the Royal Scottish National Orchestra.

To watch a livestream recording of the graduation ceremony, and leave a message of support for the new graduates and fellows, visit: rcs.ac.uk/graduation