‘Dream big’: actor Sam Heughan inspires the next generation as he receives an honorary doctorate from the Royal Conservatoire of Scotland

‘Dream big’ – that was the message from actor Sam Heughan as he received an honorary doctorate from the Royal Conservatoire of Scotland (RCS) today.

The Outlander star – and RCS graduate – returned to his roots to join the Class of 2022 at their summer graduation in Glasgow.

The actor, author, entrepreneur and philanthropist has found worldwide fame since graduating from the BA Acting programme in 2003. Alongside Outlander, he is executive producer of Men in Kilts, the travel documentary series with his Outlander co-star Graham McTavish, and recently starred in Channel 4 drama Suspect.

In 2021, Sam announced a new ten-year scholarship to support the next generation as they pursue their dreams at RCS. He is personally funding three annual scholarships for undergraduate students in the School of Drama, Dance, Production and Film. Sam also created Write Start: The Sam Heughan Creative Commission, designed as an annual award at RCS to encourage students to devise new work. 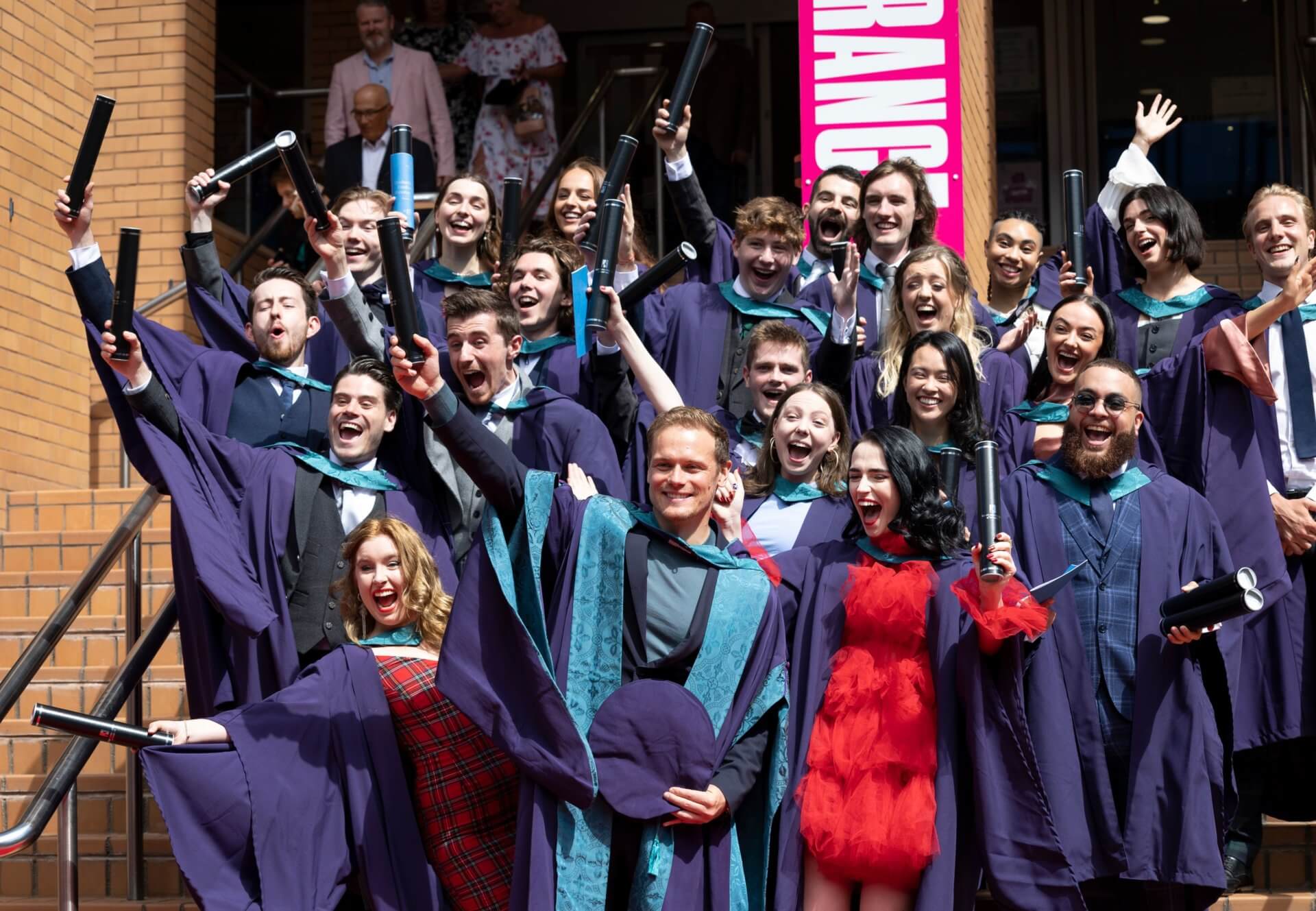 Commenting on his honorary doctorate, Sam Heughan said: “I am honoured to share in this special day and would like to thank the Royal Conservatoire of Scotland for bestowing on me this wonderful honour.”

Addressing the Class of 2022, Sam said they have ‘a whole career of possibilities’ ahead of them.

“You have had many wonderful new, first experiences here, and will have many to come. This place has given you the greatest start and I’m incredibly excited for you.

“It is here, where my first dream became a reality. It’s here, where I have been shooting a major US TV show, and have been able to rely on the experience and lessons I learnt in this building.

“I never would have imagined back then, walking down Great Western Road on my way to movement class (where we were working on being a tree) or daydreamed that it was possible to make my own work. I never imagined I’d write my first book or have a whisky business or set up a scholarship for fellow students.

“I’m willing you on, I want you all to succeed and I know you will. Dream big and don’t let anyone tell you otherwise. I cannot wait to see what you all achieve.”

Professor Jeffrey Sharkey, Principal of the Royal Conservatoire of Scotland, said: “Sam Heughan is a wonderful ambassador for the arts and Scotland. He’s an artist of international acclaim with an entrepreneurial spirit, who passionately believes in giving back and helping others to fulfil their potential.

“Through his scholarship programme at RCS, he is helping to make the arts accessible for all and supporting the next generation as they follow their dreams.”

Sam – who was born in Balmaclellan in Dumfries and Galloway – will publish his first memoir later this year. Waypoints will explore his life as he journeys through the Scottish Highlands. It follows the New York Times and Sunday Times bestsellers Clanlands and The Clanlands Almanac.

He is founder of The Sassenach, his award-winning whisky brand, and a driving force in Sam’s life is his commitment to charity. He established the global movement My Peak Challenge, which is dedicated to educating and inspiring its thousands of members around the globe while fundraising to change lives. 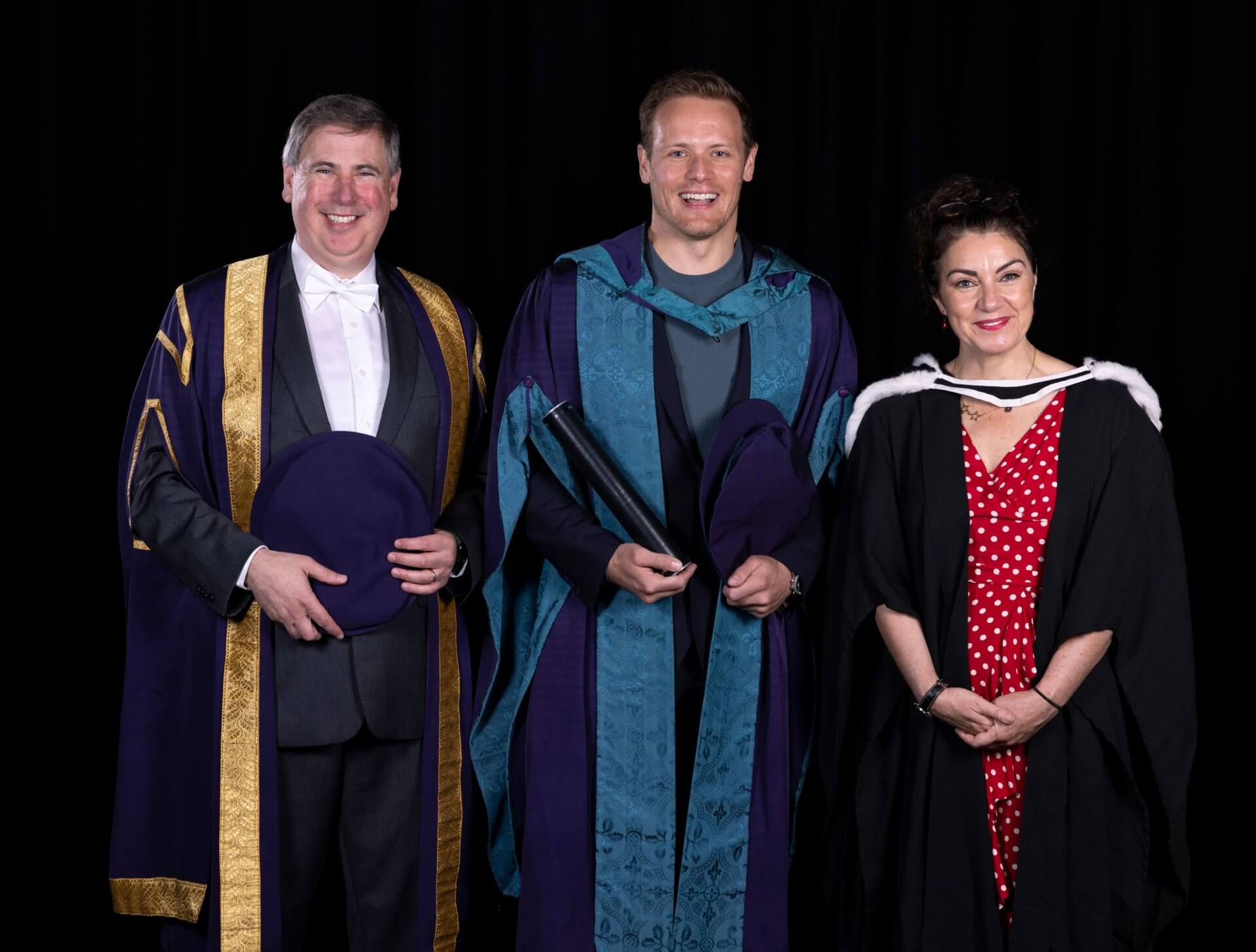