Royal Conservatoire of Scotland students will see their creative ideas brought to life thanks to financial support and mentoring from a Scots-born global star.

Sam Heughan, the internationally acclaimed actor, author and philanthropist – and RCS graduate – has announced the winner of his new contest that aims to showcase some of the nation’s most exciting emerging artists.

Write Start: The Sam Heughan Creative Commission was designed as an annual award to spark collaboration across the art forms of music, drama, dance, production, film and education at the Royal Conservatoire of Scotland, which celebrates its 175th anniversary this year. Launched in October 2021, it encourages students to join forces to create original and compelling new work.

John Black, a second-year BA Filmmaking student is the writer and producer of the winning entry, Bucket of Sunshine, a stage play about three naval officers in a Vanguard-class submarine that questions the moral and ethical dilemmas of nuclear weapons. John will receive a £5,000 bursary and mentoring from Sam and industry experts to develop the work. 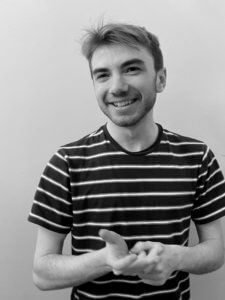 John is collaborating with fellow second-year film student Sophia Ralston, who will direct the play, and set designer Rachael Orr, a third-year Production Arts and Design student. Bucket of Sunshine, which will bring together talent from across the Royal Conservatoire of Scotland, is due to be staged this summer.

Sam Heughan said he was impressed with the standard of entries from across the institution: “Magic can happen when artists join forces to share ideas – it sparks inspiration and an outpouring of creativity. That’s the whole ethos of Write Start – to see the potential in new ways of working, to take chances and for everyone to bring their own unique talents to the table.

“A spirit of collaboration runs through the Royal Conservatoire of Scotland, a place where people from all backgrounds, with a shared passion, come together under the same roof. Congratulations to all the entrants who impressed with their imagination and originality. Special mention goes to our first Write Start winner, John Black, together with Sophia Ralston and Rachael Orr, who delivered a clear, professional and intriguing pitch.

“Bucket of Sunshine encapsulates the goals of Write Start as it offers opportunities to collaborate across the disciplines at RCS. It’s also topical and the visuals are terrific with light and sound playing a major factor. I can see this play being an immersive and intense audience experience and it has great potential to be both a stage play and a film in the future.”

Bucket of Sunshine follows three naval officers in a Vanguard-class submarine which carries Britain’s nuclear deterrent. The action in the play commences after Britain has been destroyed by a nuclear attack and it’s about the crew deciding what they should do – retaliate or retreat.

Commenting on his win, John Black said: “Winning is a shock but we’re all really excited to get working on it and we can’t thank Sam Heughan and the Write Start team enough for giving us the opportunity.

“Because Bucket of Sunshine is a theatrical piece and I’m a filmmaker, I brought in Sophia Ralston, who’s also on the filmmaking course but she’s done a lot of directing in the past. I also brought in my good friend Rachael Orr, who I’ve known for quite some time, who is a brilliant set and costume designer.”

Runner-up Meghan de Chastelain, who is studying on the MFA (Directing) Classical and Contemporary Text programme, will receive £1,000 to progress her work A Cocktailer’s Guide to Surviving a Pandemic, a one-woman show ‘using cocktails to make hard stories easier to swallow’. 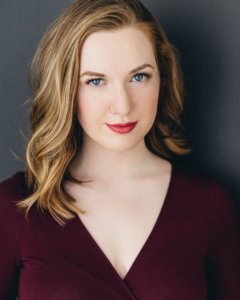 Meghan de Chastelain said: “I’m really excited but also really grateful because I received so much invaluable feedback as part of the whole process. The premise stems from my personal experience as an artist when the pandemic hit and I was suddenly left without a job, my friends and resources. It’s about how I used cocktails to not only save a friendship but also to heal myself from an abusive relationship.

“I want to say thank you so much to everybody who took the time to read my pitch and watch my video and provide feedback but in particular, a very special shout out to Sam for making this whole opportunity possible and for the time and care that you put into providing feedback on my piece. I’m excited to implement your ideas and see where this piece ends up.”

Write Start followed the announcement in July 2021 of Sam’s commitment to a new ten-year drama scholarship at the Royal Conservatoire of Scotland. Sam, who graduated from the BA Acting degree course in 2003, is personally funding three annual scholarships for undergraduate students in the School of Drama, Dance, Production and Film.

Sam Heughan discusses Write Start at its launch in 2021

Professor Jeffrey Sharkey, Principal of the Royal Conservatoire of Scotland, said: “Sam’s generous idea to establish Write Start has fostered amazing creativity from our students in its very first year. I did not envy Sam’s task in choosing a winner from so many terrific submissions, but the creative gain for RCS extends both to the winner and to all who are inspired by his new prize. I want to thank Sam for his vision and his generosity in establishing and supporting this prize and congratulate all students who took part in this inaugural year.”

Sam, who was born in Balmaclellan in Dumfries and Galloway, found worldwide fame playing the lead character of Jamie Fraser in smash-hit, time-travelling drama series Outlander, which is filmed in Scotland and based on the books of author Diana Gabaldon. Season six is due to air in early March.

Sam will star in the adventure epic Everest with Ewan McGregor and Mark Strong, inspired by Jeffrey Archer’s novel Paths of Glory. Set in 1921, the film centres on the real-life George Mallory (McGregor), who is picked by Arthur Hinks (Strong) of the Royal Geographic Society to scale the previously unconquerable Mount Everest. Sam will play George Finch, Mallory’s nemesis who, despite being an outsider amongst his fellow climbers, shares their obsession with conquering Everest.

Sam also stars in the romantic comedy Text for You alongside Priyanka Chopra Jonas and recent movie roles include SAS: Red Notice, To Olivia, in which he played legendary actor Paul Newman and Bloodshot.

Outlander isn’t the only TV smash on Sam’s CV – he joined forces with series co-star Graham McTavish to create, executive-produce and star in the eight-part travel show Men in Kilts, where they entertained viewers with their exploits on a road trip around Scotland. The duo travelled around the country in a camper van for a real-life adventure based on their number one New York Times bestselling book, Clanlands: Whisky, Warfare, and a Scottish Adventure Like No Other. Season two of Men in Kilts will be filmed in New Zealand.

Away from the entertainment world, Sam’s love of a dram and his homeland inspired the launch of his award-winning whisky brand, The Sassenach.

A driving force in Sam’s life is his commitment to charity and he is the founder of the global movement My Peak Challenge, which he launched in 2015. It’s dedicated to educating and inspiring its thousands of members around the globe to live healthier, happier and more balanced lives while fundraising to change lives. It has raised more than $5million for its charity partners to date.