Amy has danced from the age of 8 at Weymouth Dance Studio under the support of June Hornby, of whom helped her successfully audition for White Lodge, The Royal Ballet Lower School, where she studied for three years and performed as a Party child in ‘The Nutcracker’ at The Royal Opera House.

She then trained part time at London Contemporary Dance School under the teaching of Denzil Bailey, Jenna Lee and Nicky Ellis. Here she worked with Rambert Company, Balletboyz, Taviziva, Michael Clark Company and Arte Balletto (Sicily) where she was awarded a full scholarship to return.

Whilst training at RCS, she has worked with Scottish Ballet and Scottish Dance Theatre. One such highlight being a solo made on her by Sophie Laplane for last year’s show, as well as performing in multiple RCS Presents series as part of their online platform.

This year she has enjoyed learning a range of repertoire for performances such as Gleneagles Hotel as well as external performances throughout Glasgow. Amy is looking forward to pursuing her neo classical career ambitions in order to achieve a professional career in the sector.

Amy developed her passion for choreography after successfully auditioning for the Young Creatives Programme and performing a piece at The Royal Opera House and Rambert Company, Southbank. She also performed in Primary Schools around the UK supplementing the National Curriculum with a self-choreographed solo based on Malala Yousafzi.

This carried through at RCS after successfully auditioning for the BA Modern Ballet Course in 2020, where Amy has won the Annual Choreography Competition twice, resulting in commissions for the COP-26 conference and Margot Fonteyn competition, as well as her pieces being performed at the show where she has had the opportunity to learn lighting, set, sound and costume design experience. 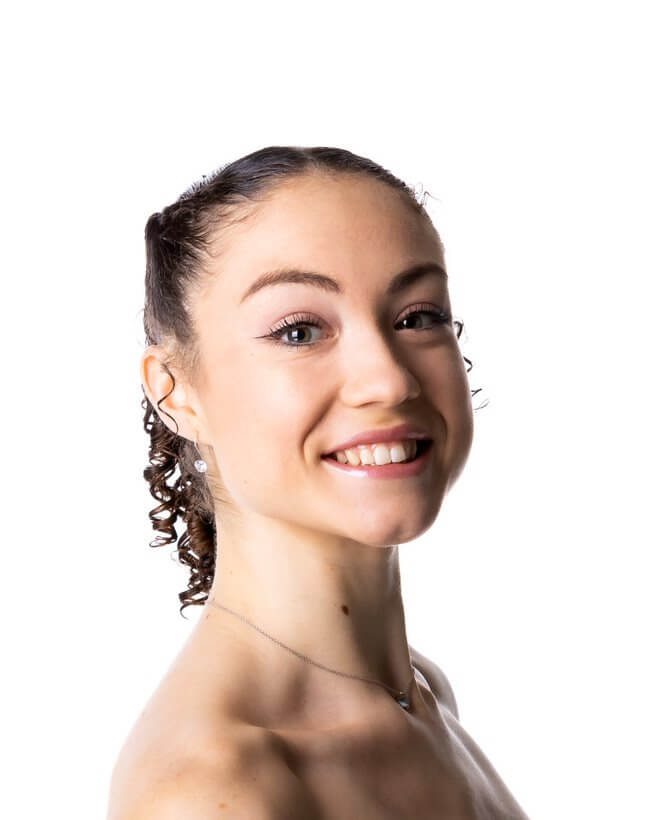