Traditional music students from the Royal Conservatoire of Scotland and Sabhal Mòr Ostaig, the National Centre for Gaelic Language and Culture, have come together to produce a collaborative, online spring concert, entitled ‘Tional’.

The Royal Conservatoire of Scotland (RCS) and Sabhal Mor Ostaig have enjoyed a special bond for many years and have collaborated on academic conferences and other artistic and scholarly pursuits.

Professor Joshua Dickson, Head of Traditional Music at RCS, said: “Having worked so fruitfully with Sabhal Mor Ostaig for many years, it has been a privilege and a pleasure to continue our residency in a virtual environment, and to see students from both institutions offer a demonstration of the power of collaboration and technology to overcome the limits of lockdown in the service of traditional Gaelic and Scots music.”

The highlight of this year’s residency was the preparation of a collaborative, online concert with 17 students from the RCS and SMO traditional music programmes. Students recorded all the material themselves from wherever they were based (including one student in Germany and another in Portugal) and then uploaded the music files for editing. 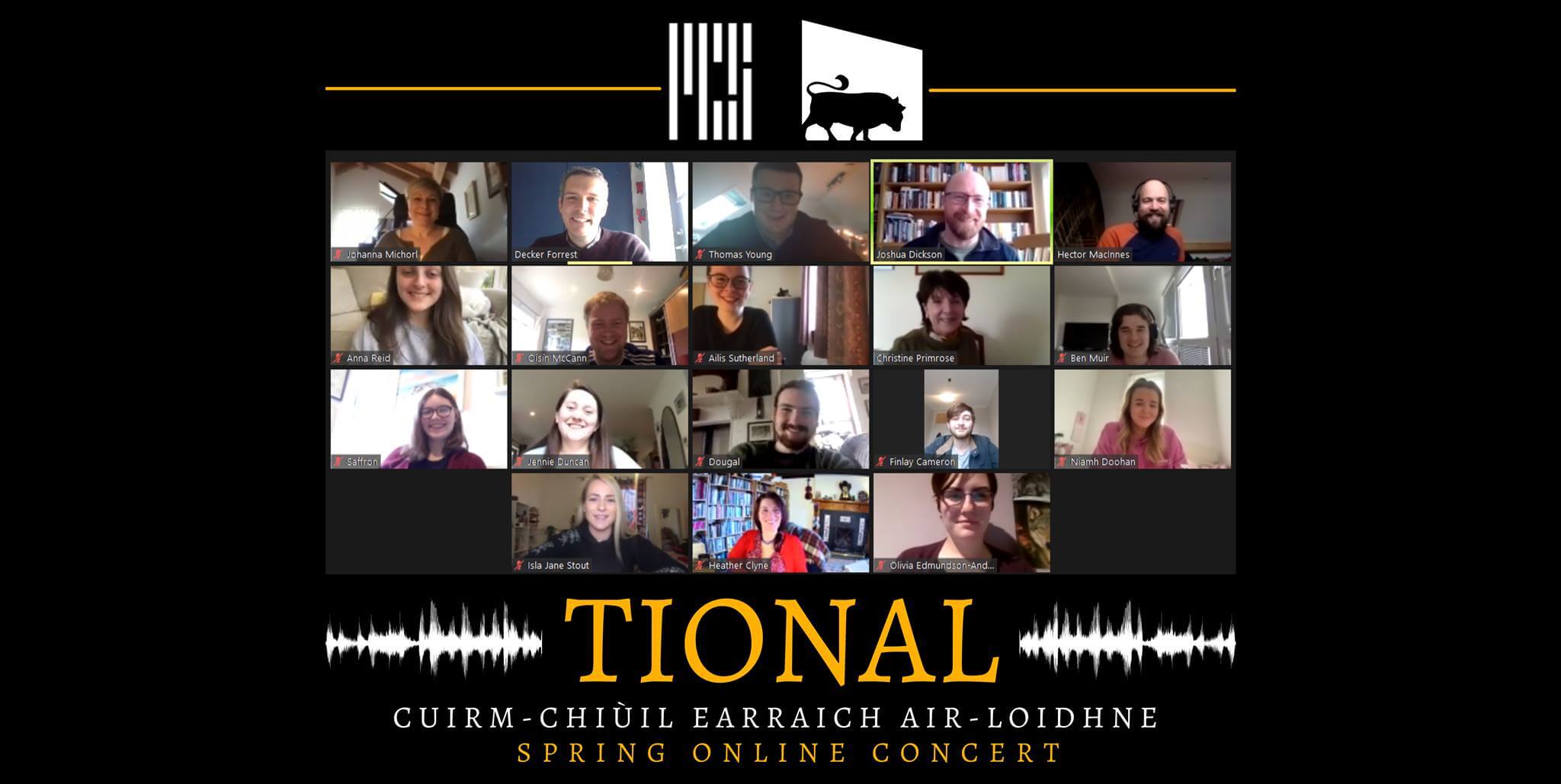 Course Leader for the BA (Hons) Gaelic and Traditional Music Programme, Dr Decker Forrest, welcomed the collaboration: “As well as allowing both institutions to continue their longstanding collaborative activities during a challenging period, this concert has helped our students develop their technical, collaborative and performance skills in ways which will become increasingly commonplace and therefore vital to their musical careers. We hope that this will be the first of similar projects between the RCS and SMO in the future.’

The concert will be broadcast on Facebook Live at 8pm this Friday (7 May).