Six of the best: six shows from unmissable new theatre talent … take a front-row seat for powerhouse performances from RCS

Powerhouse performances, dynamic drama and bold and experimental new works … it’s curtain up on a new season of unmissable online theatre from the brightest new talent in Scotland.

Actors, performance-makers and production artists at the Royal Conservatoire of Scotland (RCS) bring energy and intensity to six new productions that kick off the summer season at the nation’s conservatoire, one of the world’s top three destinations for performing arts education.

Students will take the joy of theatre into homes across the globe, giving audiences an opportunity to see this next generation of artists who are continuing to create exciting and vital new work throughout the Covid pandemic.

It’s also a chance to watch graduating students take their final bow at RCS before they enter the professional world.

Two festivals and four dramas will stream on RCS at Home, the digital channel launched in response to the pandemic to spread joy, combat isolation and creatively connect the RCS community.

This digital festival of performance features live streams, artist talks and recorded pieces from all four-year groups. It includes:

Propel On-Site: documentation of a series of twelve site-responsive, practice-research explorations of performance writing made over six visits to Jupiter Artland (below) by third-year students alongside three artworks made in alternative locations. 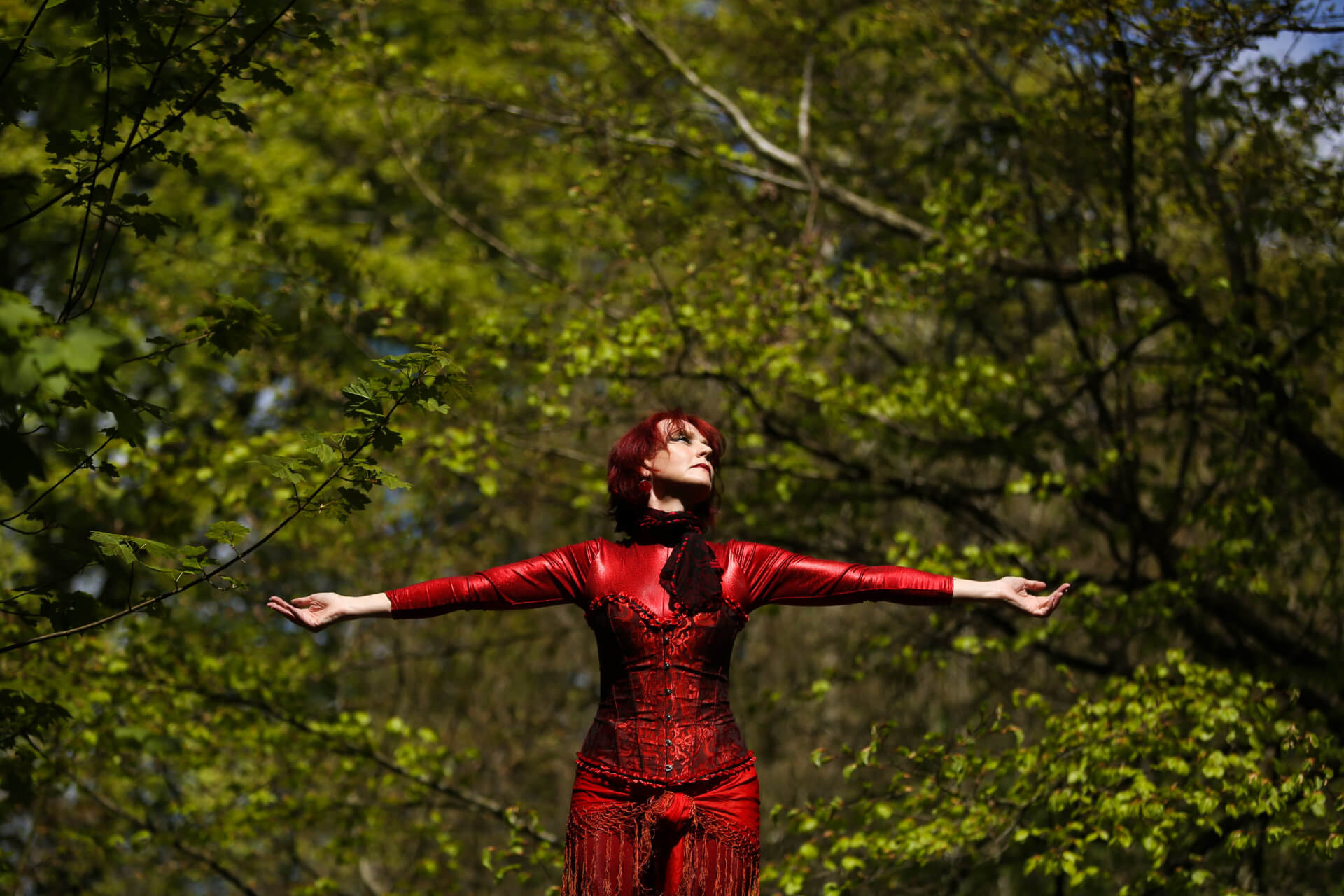 Artists talks including Art in Prisons (BSL interpreted) with Maria J. Monteiro, Jack MacMillan, Indra Wilson and Holly Worton who will discuss the concept of time in prisons, how families connect with incarcerated family members, imprisoned mothers, and the effect on their children and sexual and reproductive rights in prison.

Where the Heart Is by Rachel Mclean is a short audio piece that invites audiences to reimagine their sense of home. Rachel takes on the role of the narrator to guide between two locations: Henderson Street, where she grew up, and the place of the listener, to explore what home is and what home feels like.

Aliena/Or One That Can Move Freely is a choreographic adaptation of Shakespeare’s As You Like It streamed live from RCS. Five performers embody a place between human and animal, attempting to expose both their individual and collective relationships to freedom. Director Althea Young, stage manager Coral Nelson and performers Claire Province, Dale Thrupp, Jessica Wagg, Romi Sarfaty and Hope Kennedy.

Third and final-year actors, who will graduate this summer, present Natal’ya Vorozhbit’s Bad Roads (below) in an English language translation by Sasha Dugdale.

It’s a play about life in war-torn Ukraine, focusing in particular on the war’s impact on women. In six scenes it explore loss, desire, fear and fighting. Warning: this play contains scenes of physical and sexual violence. 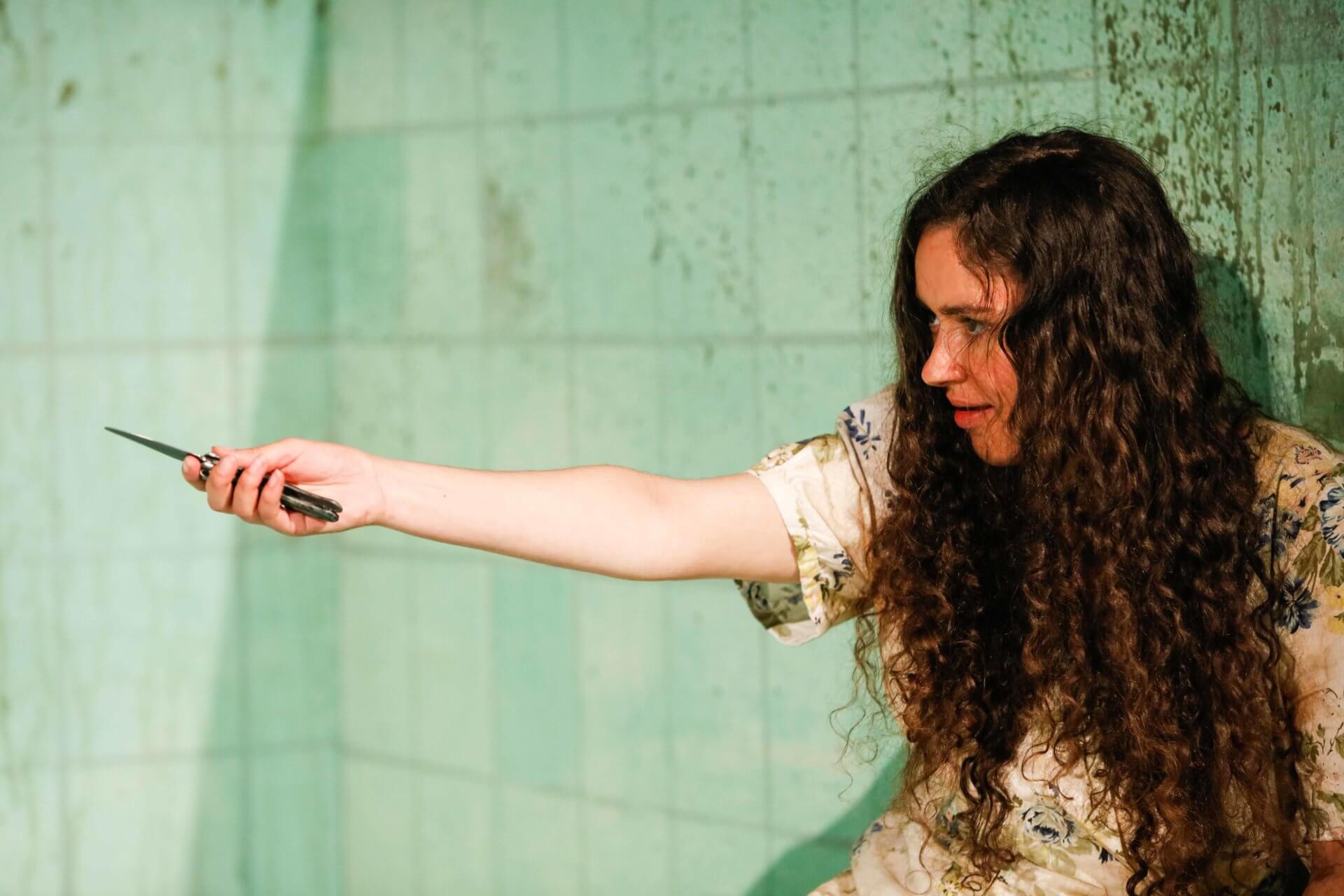 The culmination of second-year students’ exploration of new approaches to theatre-making and new writing, providing them with the tools and resilience that will see them throughout their careers as creative artists.

Many projects in this festival were originally conceived as pieces of theatre and have been reimagined as experimental short films or audio plays with a visual element. Here, actors find their place both in front and behind the camera.

How to Disappear Completely and Never Be Found: 14 – 21 June, BA Acting

Third and final-year actors present this tale (below) of a young marketing executive who turns to pills, drink and finally a new identity in his search for meaning in life.

Punctuated by visions of a pathologist who claims he is already dead, he sets out on a whirlwind journey through a harsh world where moments of kindness are rare and the meaning of existence is called into question. 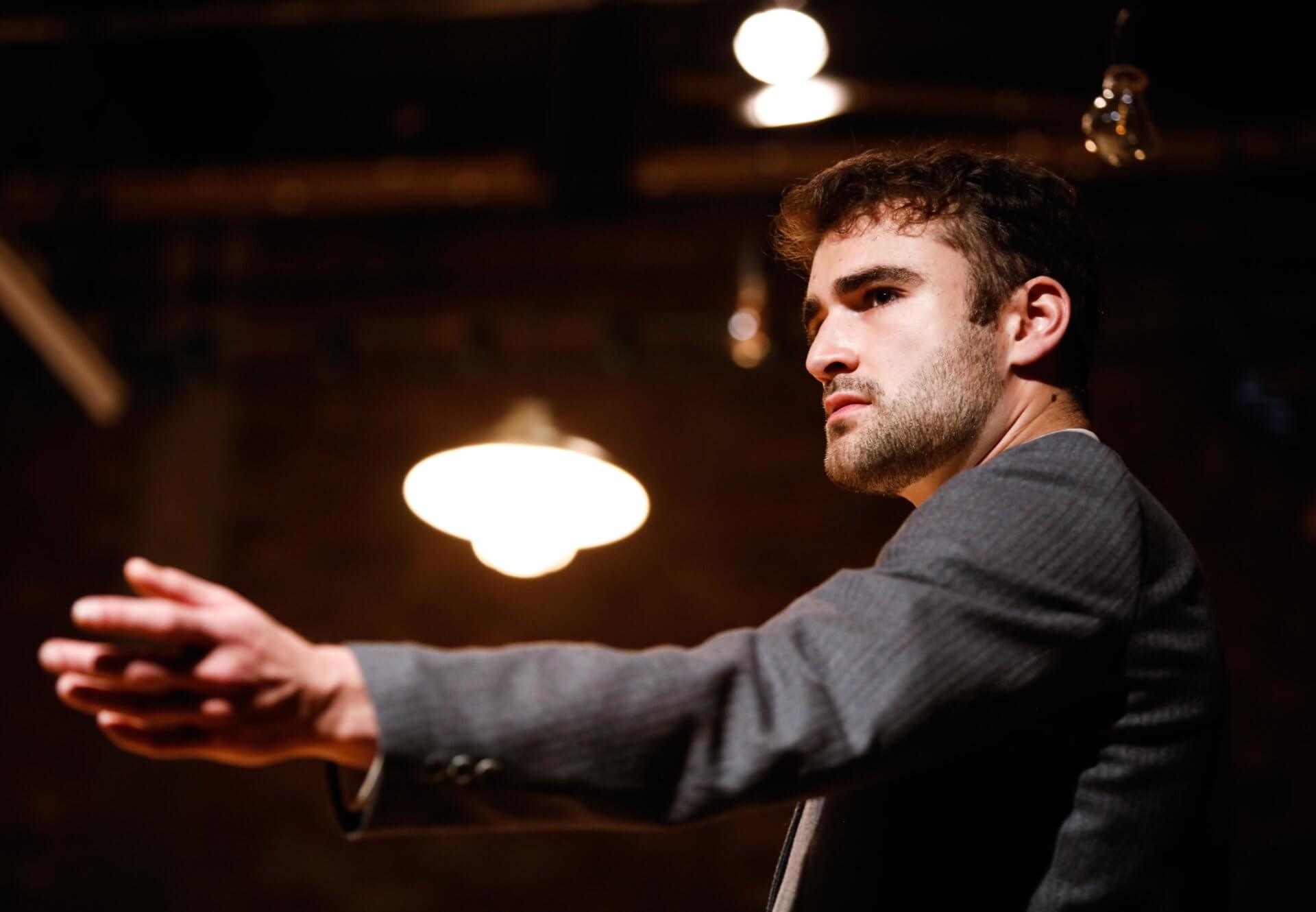 In this history play (below) about people who have lost all connection to their own history, febrile uncertainty reigns. Everything is in flux. Politics, love, fealty and even identity are destabilised.

It explores what happens when a people cease to know who they are. The performance will see the camera dropped into the middle of the action, like an invisible character trying to make sense of the world in which they’ve found themselves. It has been filmed in long, continuous (and sometimes vertiginous) takes. 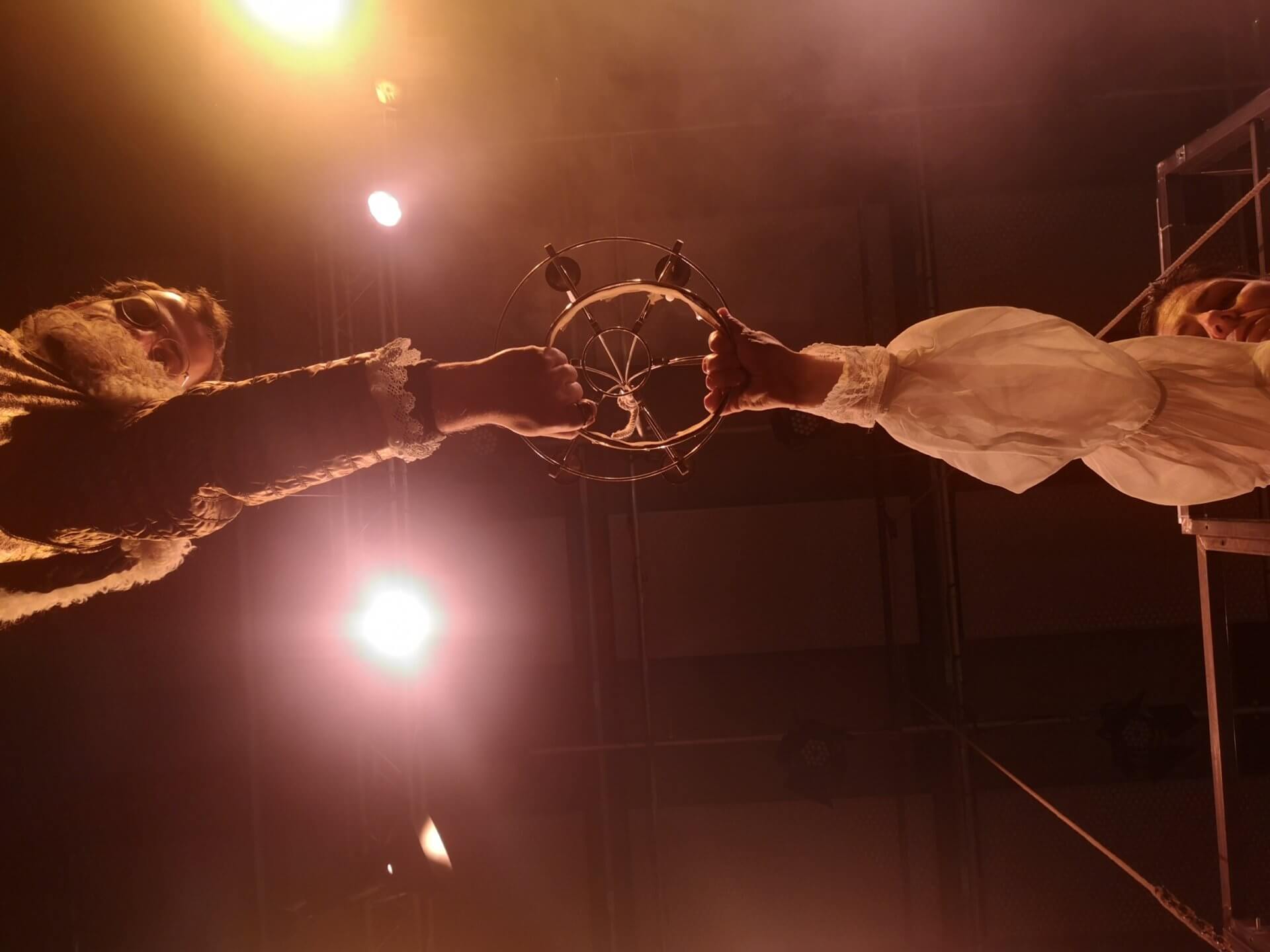 Written by Ramesh Meyyappan who directs the third and final-year students of this pioneering degree programme for theatre-makers who are D/deaf or hard of hearing. This visual theatre production was inspired by Nikolai Gogol’s short story The Overcoat and incorporates illusions and movement with BSL dialogue.

“We’ve worked safely and carefully within all health and safety guidelines to offer on-campus ensemble opportunities, rehearsals and performances with students working in groups and bubbles.

“Our students are still here, still producing and performing with so much passion and energy in what has been a challenging year. We can’t wait for audiences around the world to see these incredible emerging artists whose resilience and commitment to their craft is truly inspiring.”

For more information and to book tickets, visit the RCS Box Office