An ethos of experimentation, exploration and collaboration defines a new contemporary music collective at the Royal Conservatoire of Scotland.

With a bold creative vision and a mission to push boundaries, acclaimed violinist Daniel Pioro — in his new role of Associate Artist in Contemporary String Performance at the Royal Conservatoire of Scotland — has joined forces with thirteen students to unleash Studio Collective.

As Associate Artist, Daniel will work intensively with his newly created consort of four cellists, two violinists and three viola players, as well as four composers, over the next twelve months, where they’ll be exposed to the daily workings of extraordinary artists from all fields. The line-up will change every year.

Daniel, who is recognised as one of the most groundbreaking violinists of his generation, is an advocate of new and experimental music. He has performed as a soloist with the London Philharmonic Orchestra, the BBC Philharmonic, the London Contemporary Orchestra, and the BBC National Orchestra of Wales.

“This is not just creating a group to play nice music. It’s about so much more,” explained Daniel, whose passion lies in finding new ways of listening to and creating sound, as well as developing strong collaborations with composers, instrumentalists, artists and writers.

“Studio Collective is a group that exists to see how far we can push music, to explore how the music we make can be a work of art in its truest sense, treated with the same awe and preciousness as art in a gallery.

“It’s collaborating with people from other creative backgrounds, such as dancers and visual artists, and working in responsive and reflective ways to create our own music inspired by original works, in a format that hasn’t been heard before. It’s showing the students that there are no limits, and challenging them to think deeper. They’re the ones who will decide how far to take things.”

Four composers from the Royal Conservatoire will write for Studio Collective: “A vital element of this project is to highlight the working process and relationship between composer and musician — it’s a privilege to have music written for you,” said Daniel. “We’ll be workshopping and recording and the plan is to release a vinyl recording of our music at the end of the year, that’s based on our study and analysis.”

Dr Gordon Munro, Director of Music at the Royal Conservatoire of Scotland, said: “Daniel Pioro is an exceptional musician and we warmly welcome him as our new Associate Artist in Contemporary String Performance. Daniel’s concept for Studio Collective is an exciting one, driven by a love of new music, creative exploration and collaboration.

“Our string players and composers will work alongside Daniel in this special project, where they’ll benefit from his insight and guidance. We wish Studio Collective all the best and can’t wait to hear its output.”

With a focus on ‘excellence in playing and in thought’, Daniel hand-picked the students for Studio Collective. “Teaching, for me, is extremely important, I love it, it’s a really sacred thing. That’s why I don’t do it very often. I’m excited about Studio Collective and the creative and magical things we will explore.”

Studio Collective musicians will benefit from Daniel’s insight into life as a professional musician and he’s keen to share the authentic, inner workings of the journey to the stage or recording studio.

“There’s all the intensely practical, non-glamourous work, which is also important to show,” said Daniel. “Due to Covid restrictions, we may not have performances or touring right now but, when possible, I’d love for the students to join me on some of my projects to see how things happen behind the scenes, as it’s not enough to talk conceptually about it.”

Daniel will perform as part of BBC Radio 3’s forthcoming concert series with pianist Simon Smith, recorded earlier this year at the Royal Conservatoire of Scotland.

A natural collaborator, Daniel works closely with children’s author Michael Morpurgo, Icelandic composer and producer Valgeir Sigurðsson and composer and guitarist Jonny Greenwood, of Radiohead, who wrote Horror Vacui, a solo violin concerto for Pioro and 68 strings, performed for the first time at the BBC Proms in 2019.

Daniel’s other performance highlights include the world premiere of Tom Coult’s first violin concerto with the BBC Philharmonic Orchestra, and his debut with the London Philharmonic Orchestra and Vasily Petrenko, playing Oliver Knussen’s extraordinary violin concerto. In March 2019, Daniel released his debut album, Dust, which spans four centuries of music writing and shows off his love of textures in sound, approaching ancient music as if new, and the meeting point between acoustic sound and electronics. 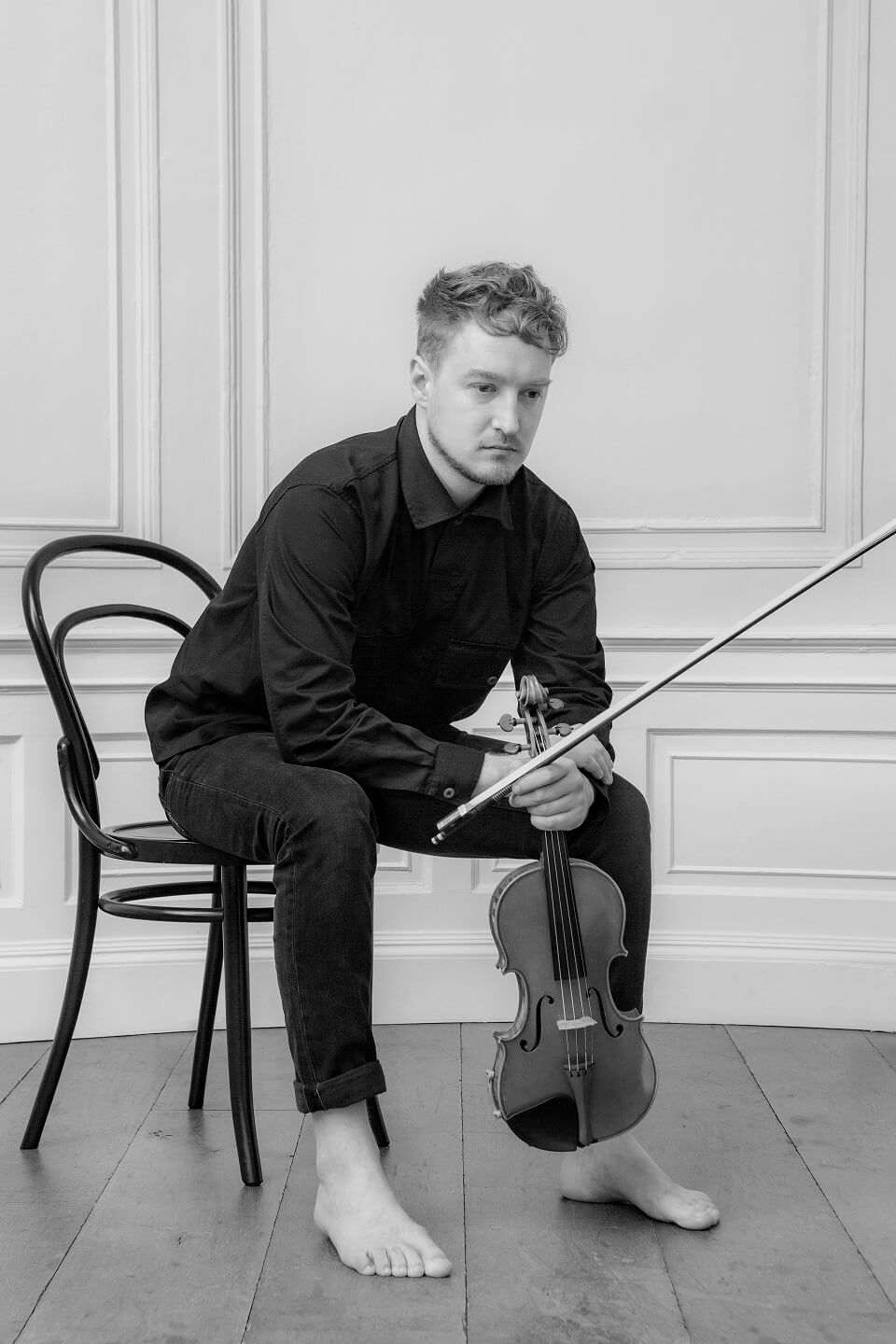