What are you studying at RCS?
I am a third year BA Filmmaking student.

I’m in sunny Suffolk, England, enjoying the country air, taking my dog Buddy out for walks and seeing all the baby farm animals. 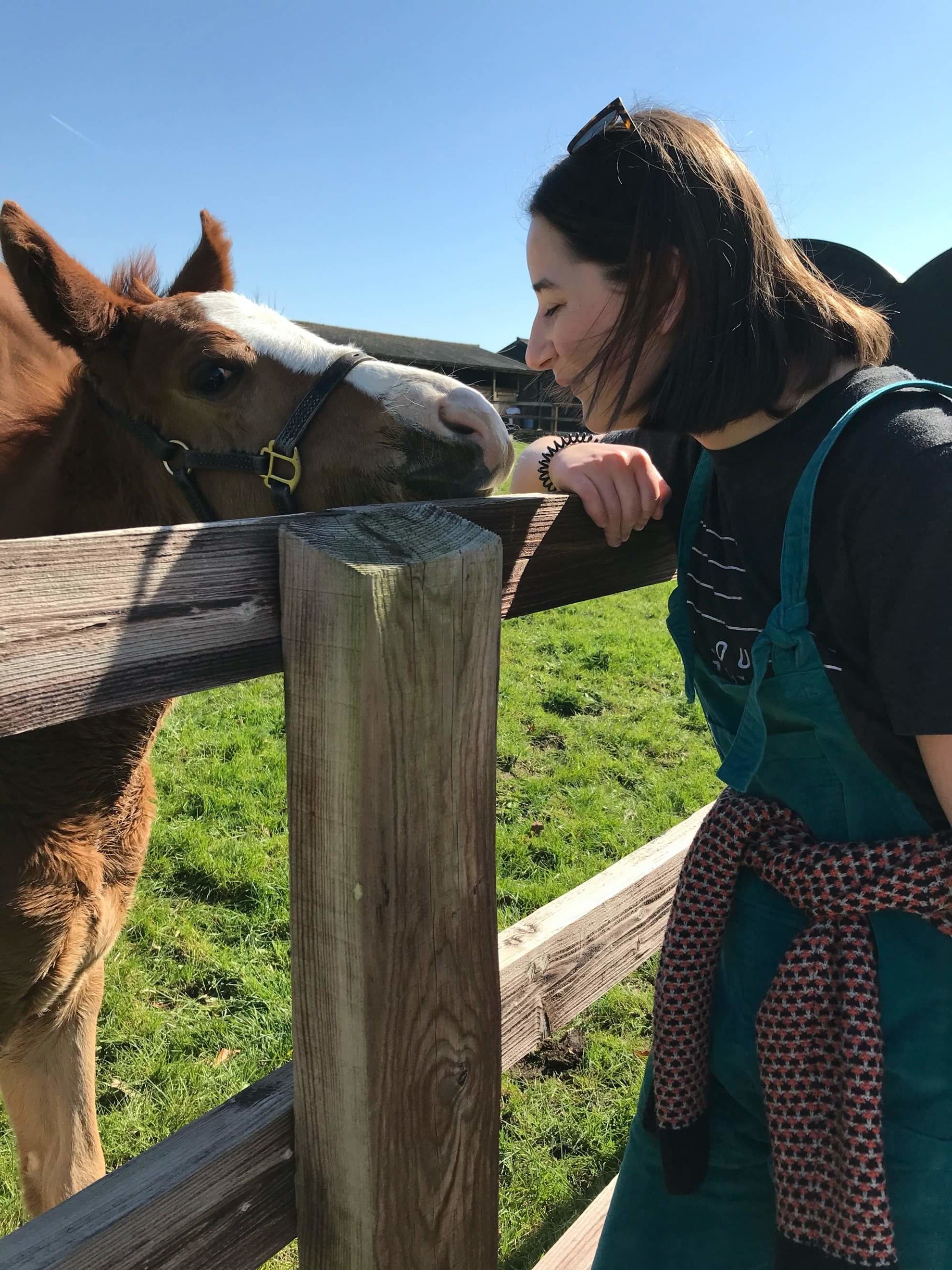 How are you connecting with the RCS community?

I am keeping in touch with my course via Microsoft Teams and all that jazz. Main methods are Instagram, Facebook messenger and Facetime to keep up with my pals.

What’s on your isolation reading list?
Ironically, not had much time to read but my list is: The Girl You Left Behind by JoJo Moyes; Mary Barton by Elizabeth Gaskell for my writing module; Cinematography Theory and Practice by Blain Brown (a really riveting read), and the Bible. 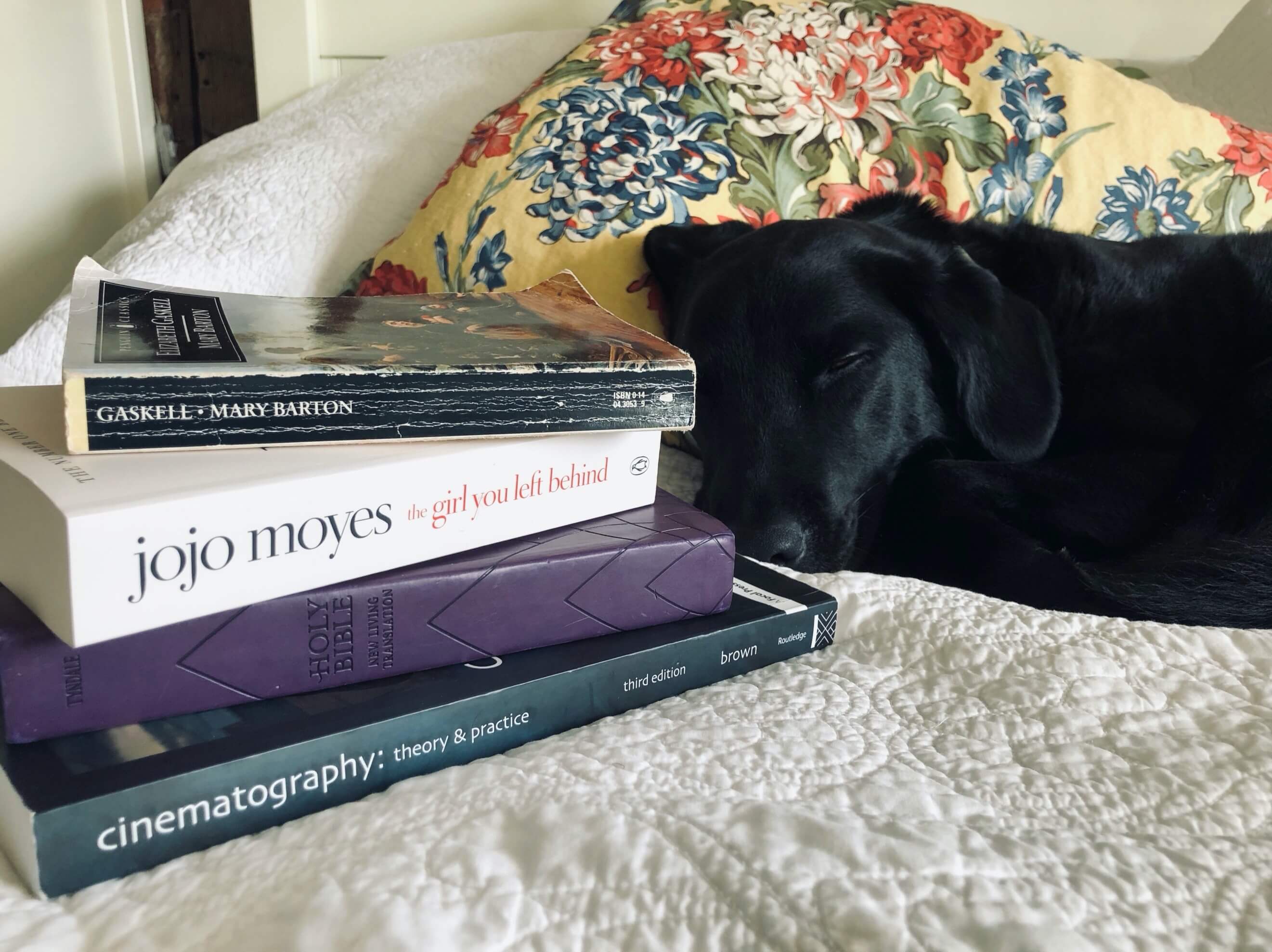 I recently watched the new thriller The Invisible Man (2020) and I’ve been binging Richard Ayeode’s show Travelman (shout out to Hannah Higson for the recommendation) and I am about to start the latest season of Brooklyn 99 and The Mandalorian (2019).

I’m working through my Amazon and Netflix film lists slowly but surely. For anyone needing a recommendation I highly suggest you give Cheer (2019) and Godless (2017) on Netflix a watch!

What made you choose RCS?

I chose the film course at the RCS because it was one of the few courses that had such a practical and hands-on approach to training. Theory only gets you so far when you are out on set in Glasgow at two o’clock in the morning and it’s pouring with rain! It’s also really unique in that you study alongside performing arts students. It allows for a lot of collaboration and building your own network of creatives.

What do you enjoy most about your studies?

Getting to work with an extremely talented bunch of filmmakers every day. Hands down. We’ve been a tight-knit group since day one, which makes collaborating and creating work really fun. Over the three years together we’ve all found what we are best at which makes for great crews. My favourite time of the academic year is production when we are out filming. I’m one of the crazy people who would much prefer to be stood in the snow and rain all day on set than in the edit suite. It’s hard work and a lot of early mornings but you always come back with lots of good stories. 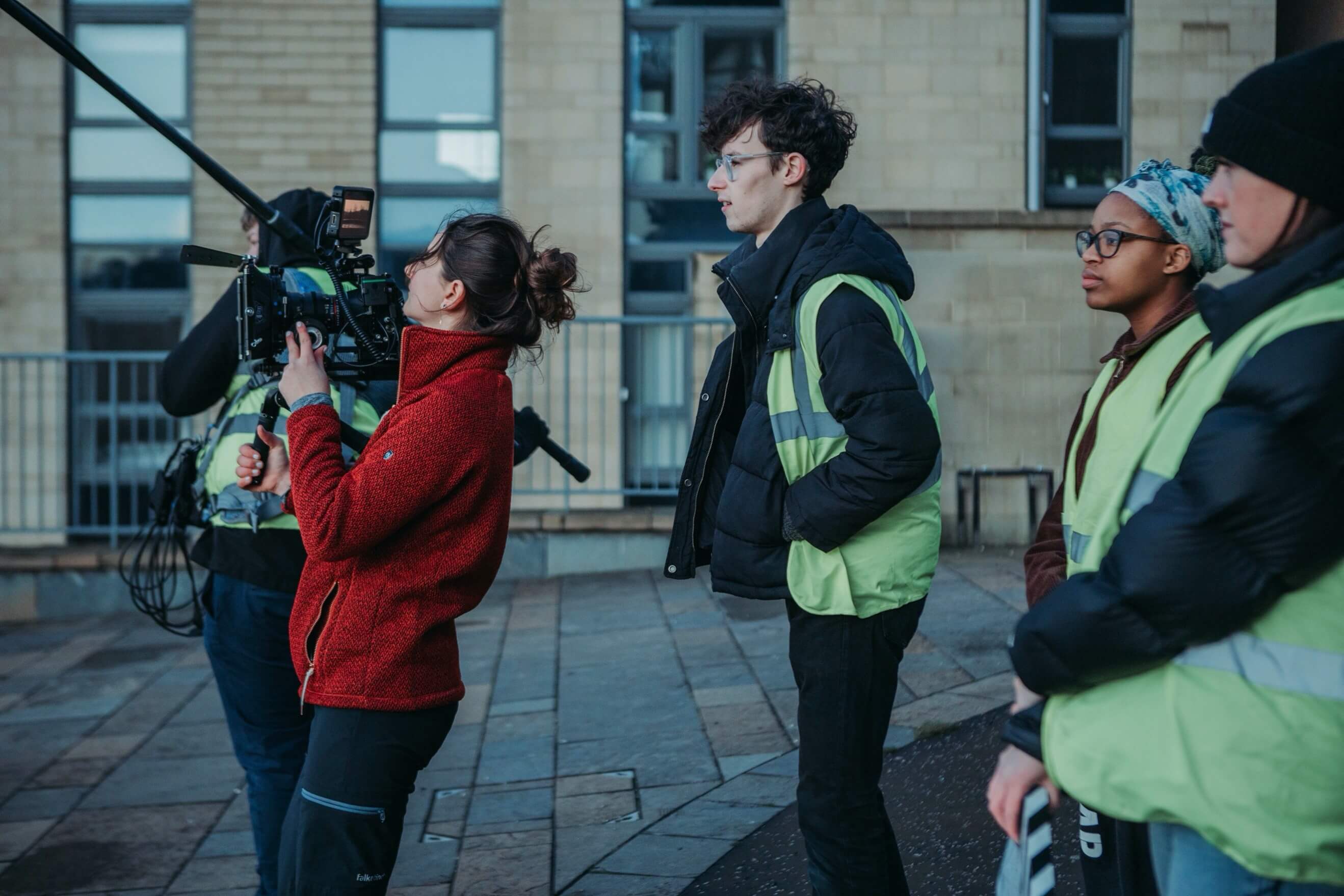 What are you looking forward to about returning to RCS?

Getting the grad films finished! There are some smashing films that my peers have written and directed this year and I can’t wait to see them all polished up. It’s always a bit surreal seeing a film you worked on all done and dusted, it feels like a lifetime passes from when you shoot to the finished product. My pal Fraser and I have a few projects lined up, so I’ll be starting prep for them when we get back too.

It’s tough to choose. Top three: meeting Prince Charles was pretty cool, getting to be the director of photography on a grad film, and a toss-up between watching friends perform in Batboy and the RCS Symphony.

What sparked your love for the arts?

Probably my family. They always had me painting, taking photos, or doing Star Wars impressions and just generally being the entertainer in the family. As a kid I used to always watch the behind-the-scenes material on my favourite DVDs – Peter Pan (2003) and The Chronicles of Narnia (2005) had the best featurettes. I was fascinated to learn how they did it and it just looked like so much fun, I knew that’s what I wanted to do.

I’m always inspired by the talented people around me. Whether that’s the amazing script a classmate has written, the five hours of harp practice my flatmate does every day, or the beautiful photos my friends post. They push me to be better and try harder all the time.

Also, just the field of work I have chosen. The film industry is a tough place to get into and persevere with so it’s a constant drive to get work and be established, especially in the camera department. It’s a team effort on set, like being part of a machine, if one element isn’t working as hard as the others then the whole thing can fall apart. Just striving every day to work as hard as I can and being the best, I can be, and enjoy it! It’s a massive privilege to get to study what I study and do what I do.

To win an Oscar for cinematography, and if I’m the first woman to do so that would be a rather nice added bonus! In the meantime, I’m content to just get into a Masters!