This event, named in honour of the BBC’s first director general is alongside the Norman Beaton Fellowship the annual ”˜audition’ through which the BBC recruits its next generation of radio actors.

The competition is open to 19 accredited UK drama schools who each field a team of four final year acting students and is held at the BBC’s Langham Place studio in London.

Each student must present four monologues, take part in a duologue, which is then re-directed by two of the BBC’s lead radio producers, and then work as a team to sight read a nine-page script written especially for the competition.

The whole process lasts an hour and a half and is judged by a panel of five including the BBC’s lead executive producer for radio drama.

This year, team RCS walked away with five commendations and an award for Eimear, who will be cast in one of the BBC’s upcoming plays to be broadcast in the autumn on Radio 4. 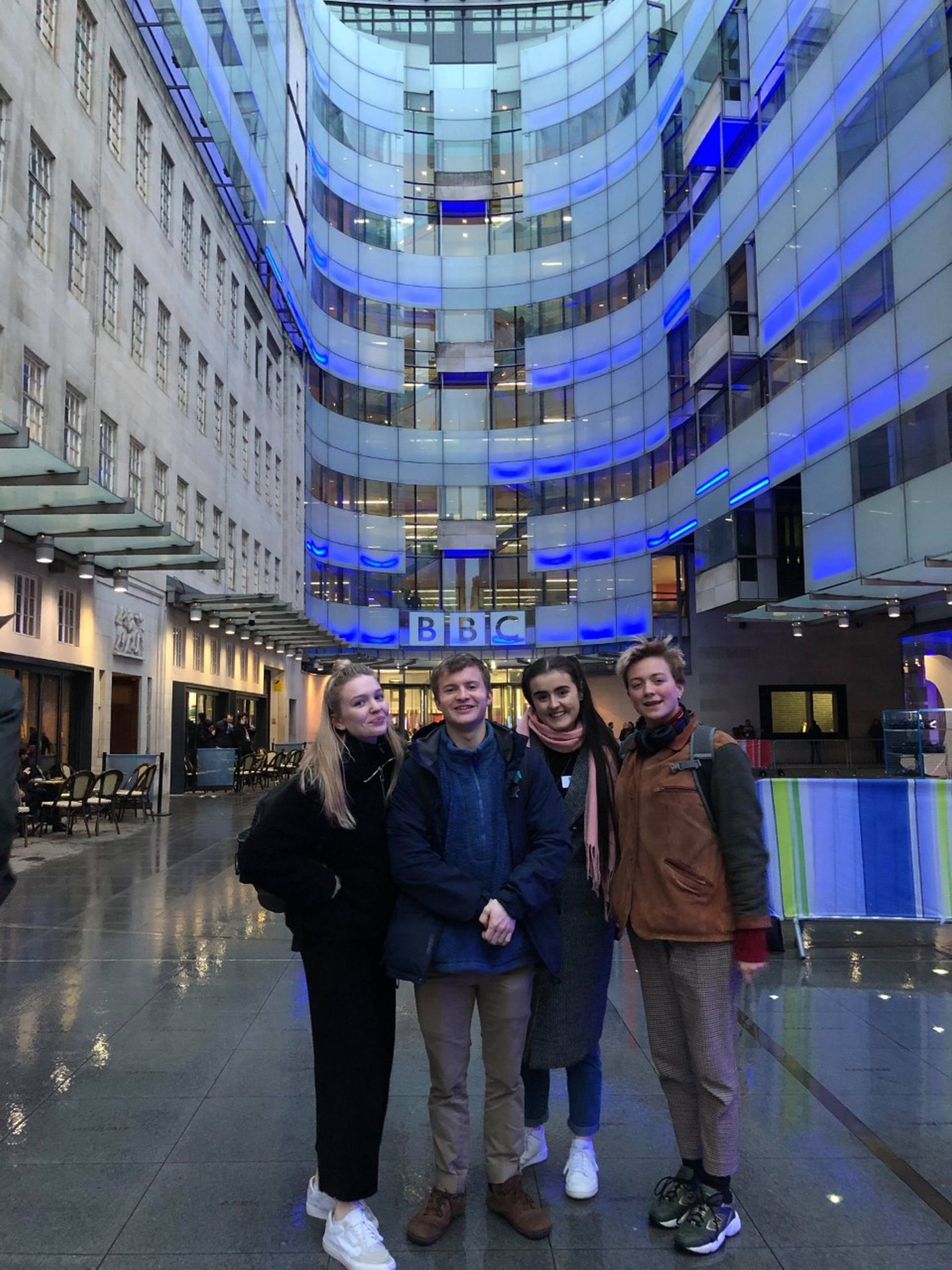 Pictured outside the BBC in Langham Place are, from left, Natalie Mitson, Adam Parkinson, Eimear Fearon and Charlie Oscar.

Listen to their winning scene – described by the BBC as one of the highlights of the competition – from Patrick Marber’s playDon Juan in Soho. Adam plays the character Pete with Eimear in the role of his girlfriend Lottie.