Behind the scenes of an RCS photo shoot

RCS photographer Robert McFadzean shares with us his favourite behind the scenes shots from the recent prospectus photoshoot which featured students from across the conservatoire.

The final photograph (pictured above) was a feat which took hours of planning and preparation – not to mention the time in the make-up chair. This photo study documents how the shoot came together from behind Robert’s lens.

I’ll start with some technical waffle for those who are interested in photography. I chose to shoot with two camera bodies, both Canon 5D Mark III’s, one with a 24-700mm lens and the other with a 70-200mm/100mm Macro lens. I knew this would be a special shoot – I didn’t want to miss any moments and I felt this way I’d be able to cover a wide range of shots without getting too close to disturb the action.

The shoot took place in December and used the New Athenaeum Theatre stage where the Cinderella set was in place. The set was incredible and really helped add depth and intrigue to the final photo. The bulk of my photos came from the stage but I also wanted to show some behind-the-scenes shots as the team were busy with hair, make-up and costume to make this photo come alive. The atmosphere on the stage was a focused and positive one, it was great to see the students (some of whom are not used to being in front of the camera) really get into the spirit of what we were trying to achieve with the project.

It was a great collaboration to be a part of, showing all the facets of the multi-talented students and staff. I hope you like these photos and they give you insight into life behind the scenes at RCS.

Production students set the scene in the New Athenaeum Theatre 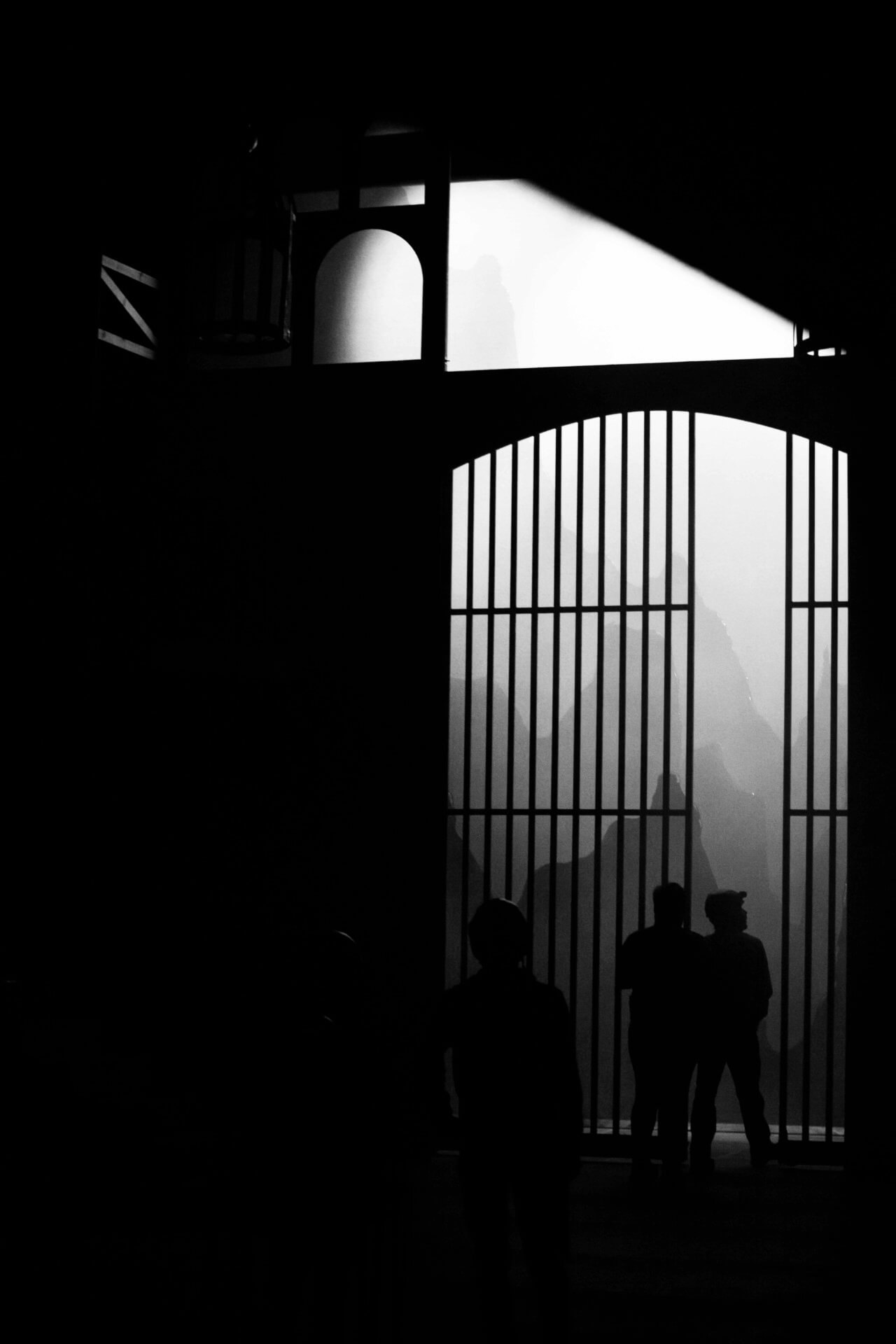 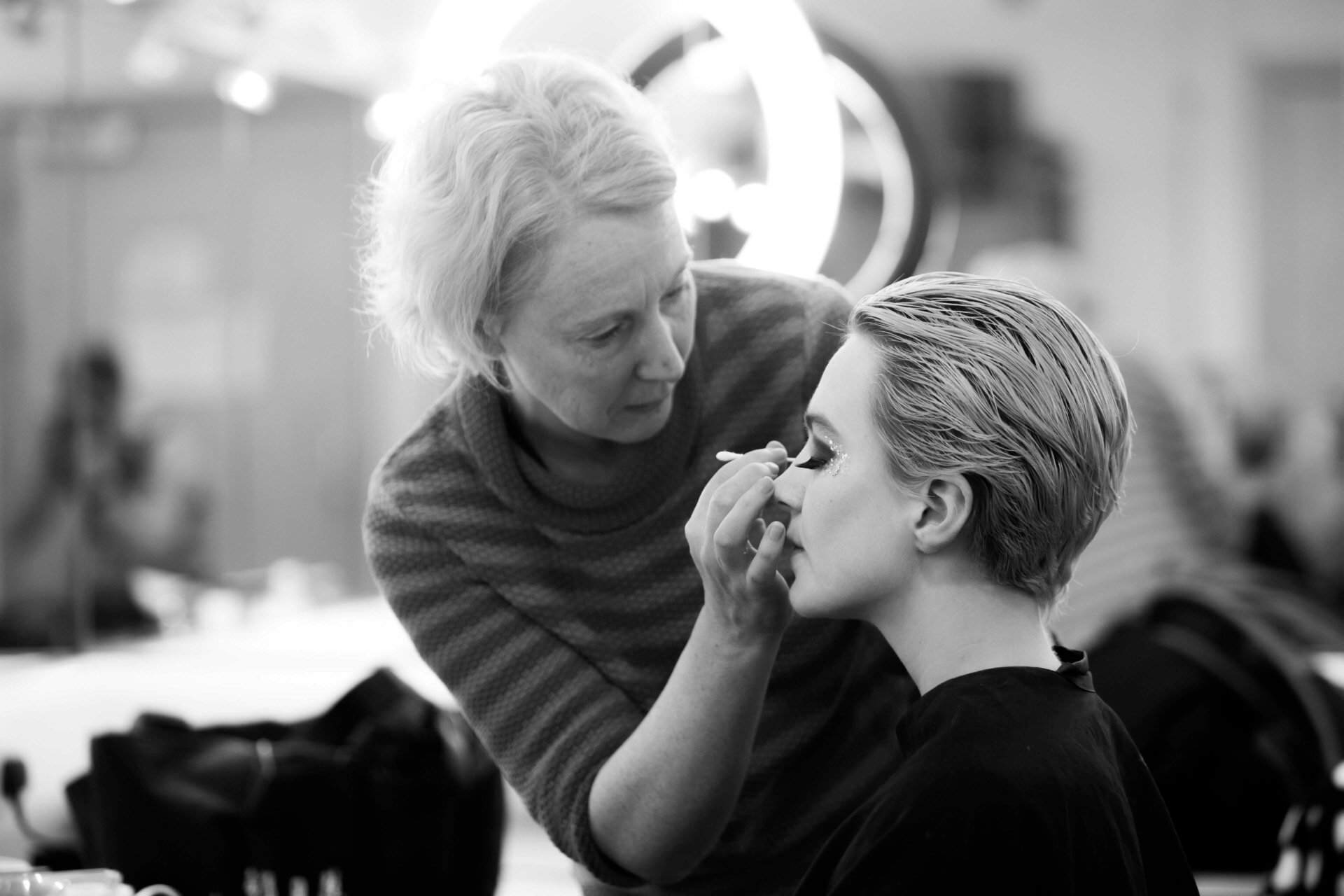 Behind the scenes, the students take a break 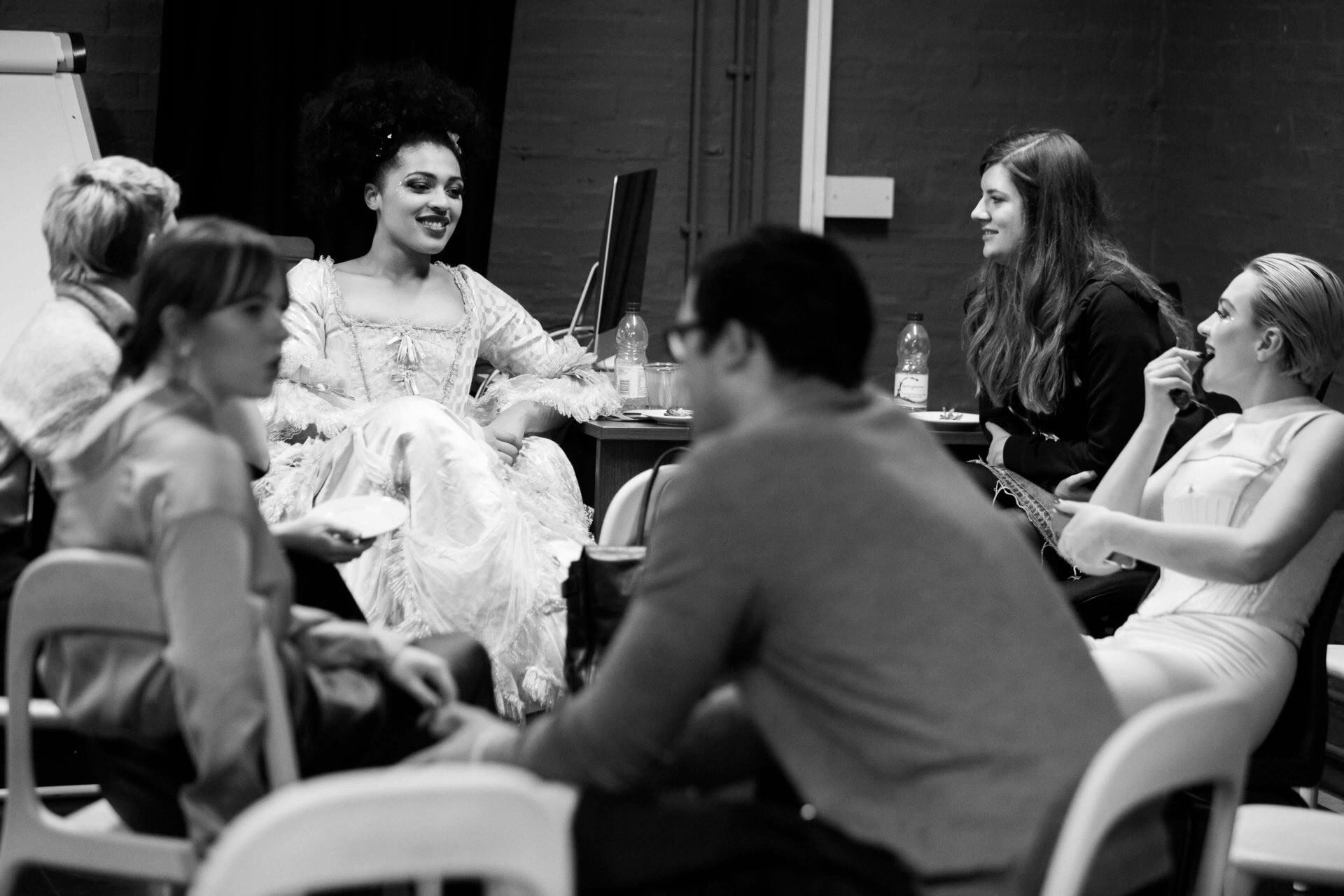 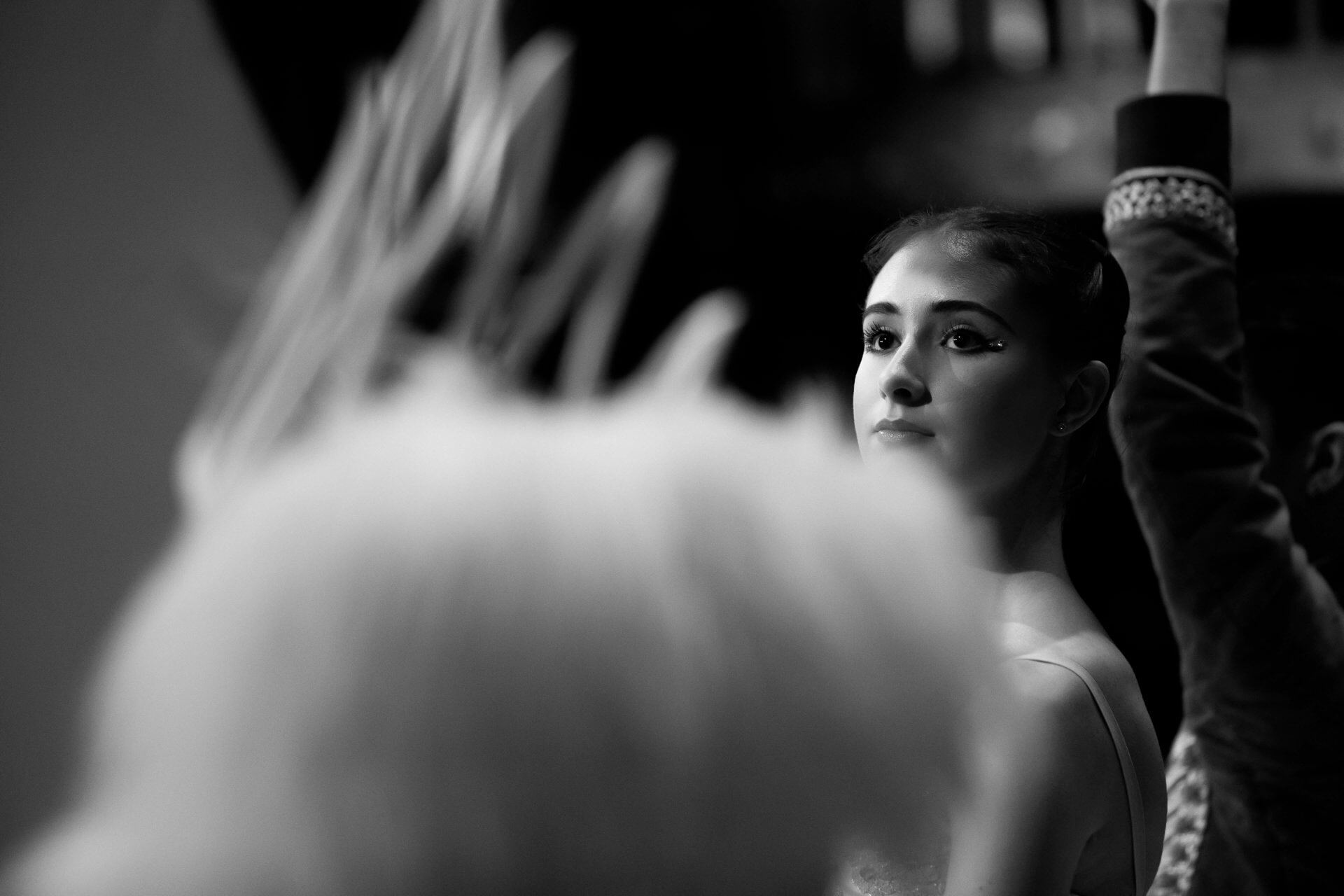 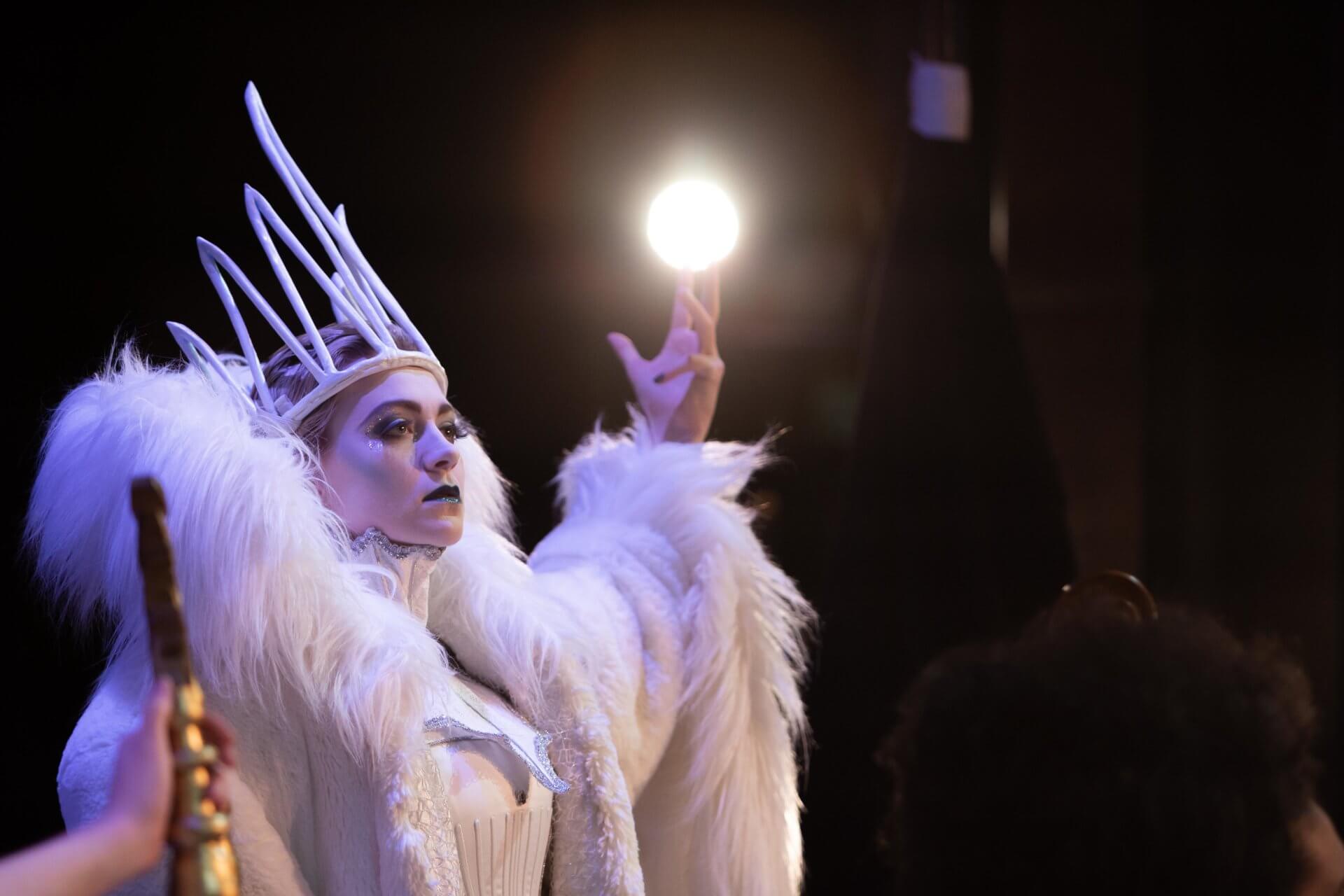 In between takes, Head of Modern Ballet Kerry Livingstone directs the students’ positioning on stage 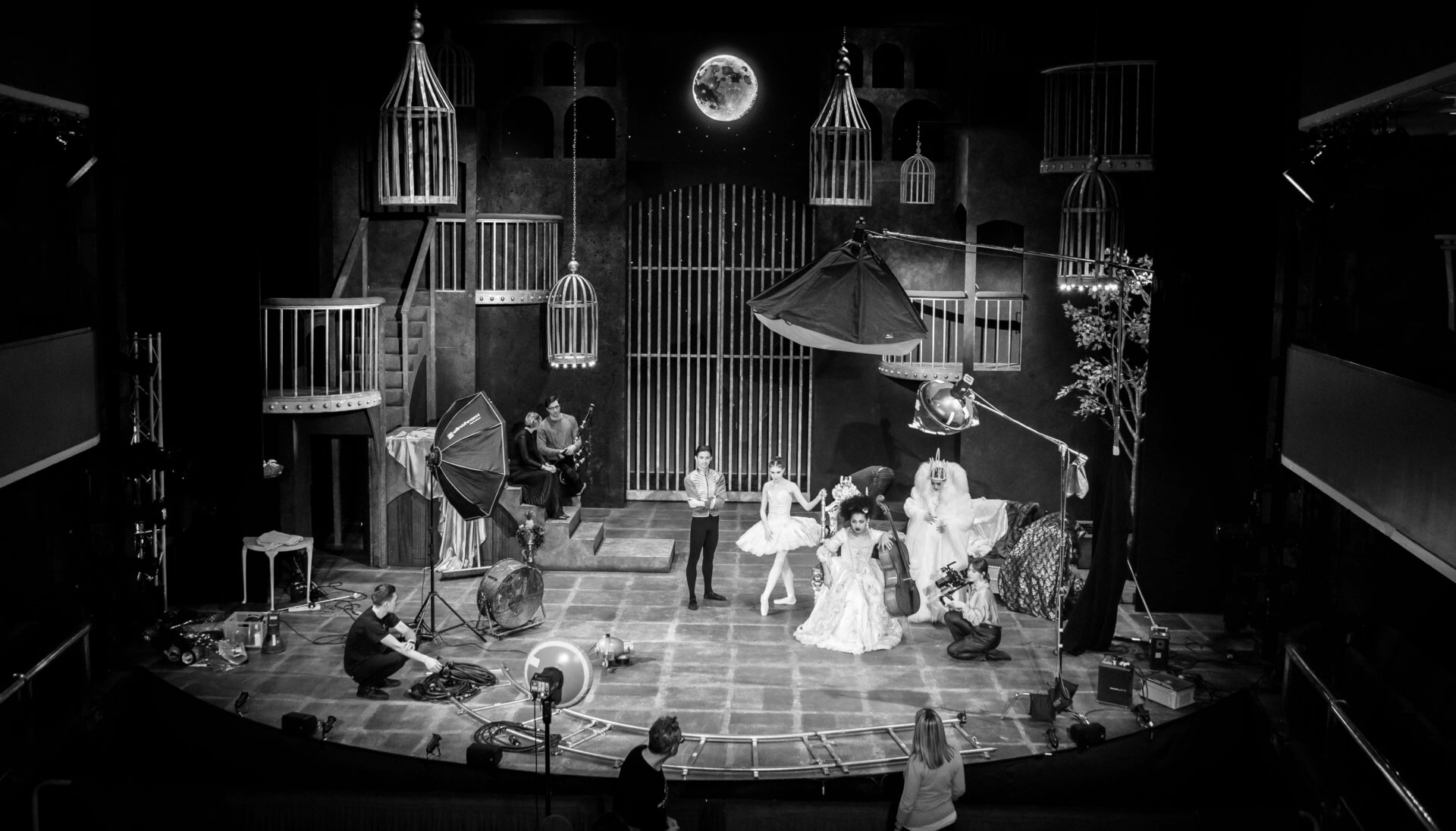 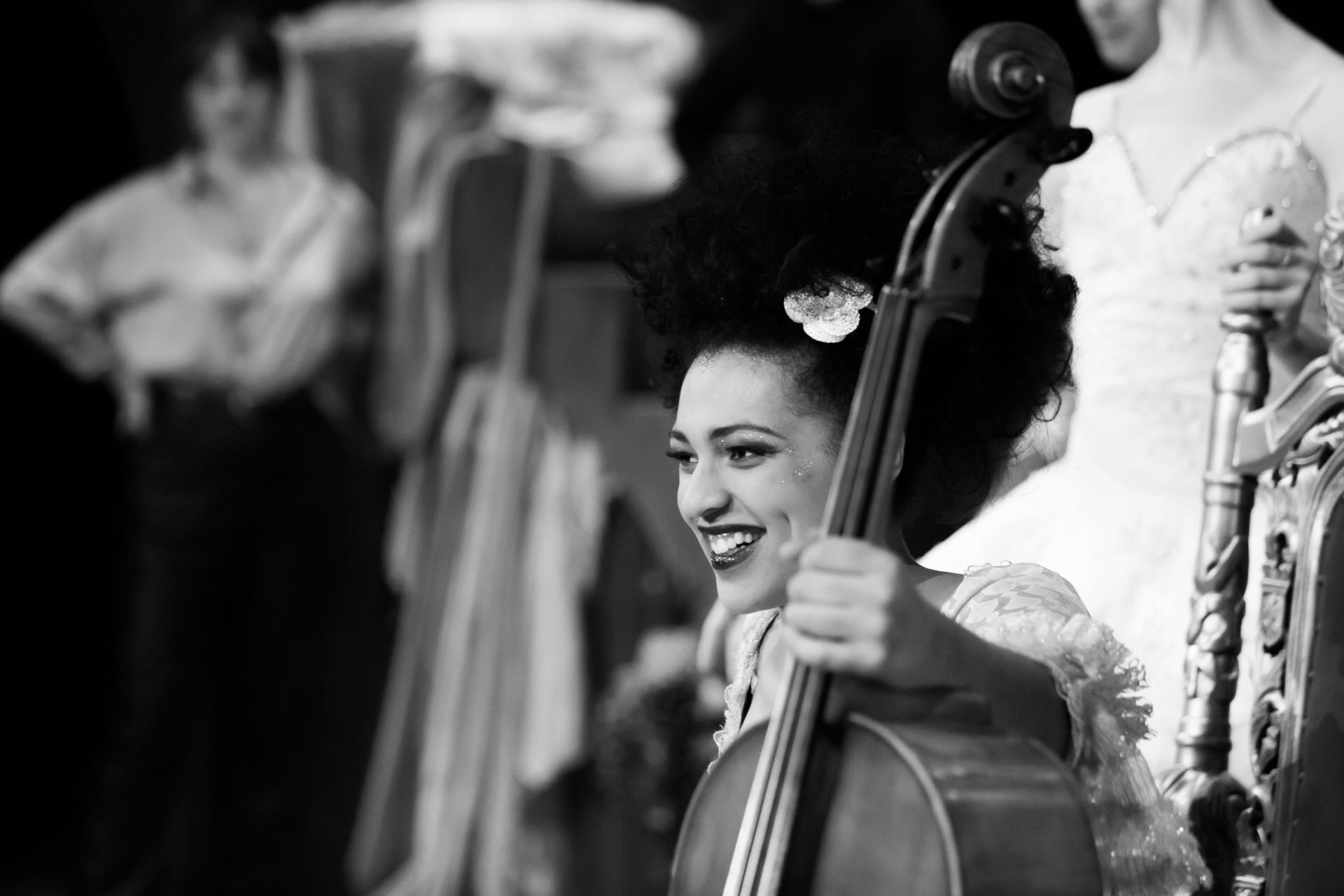 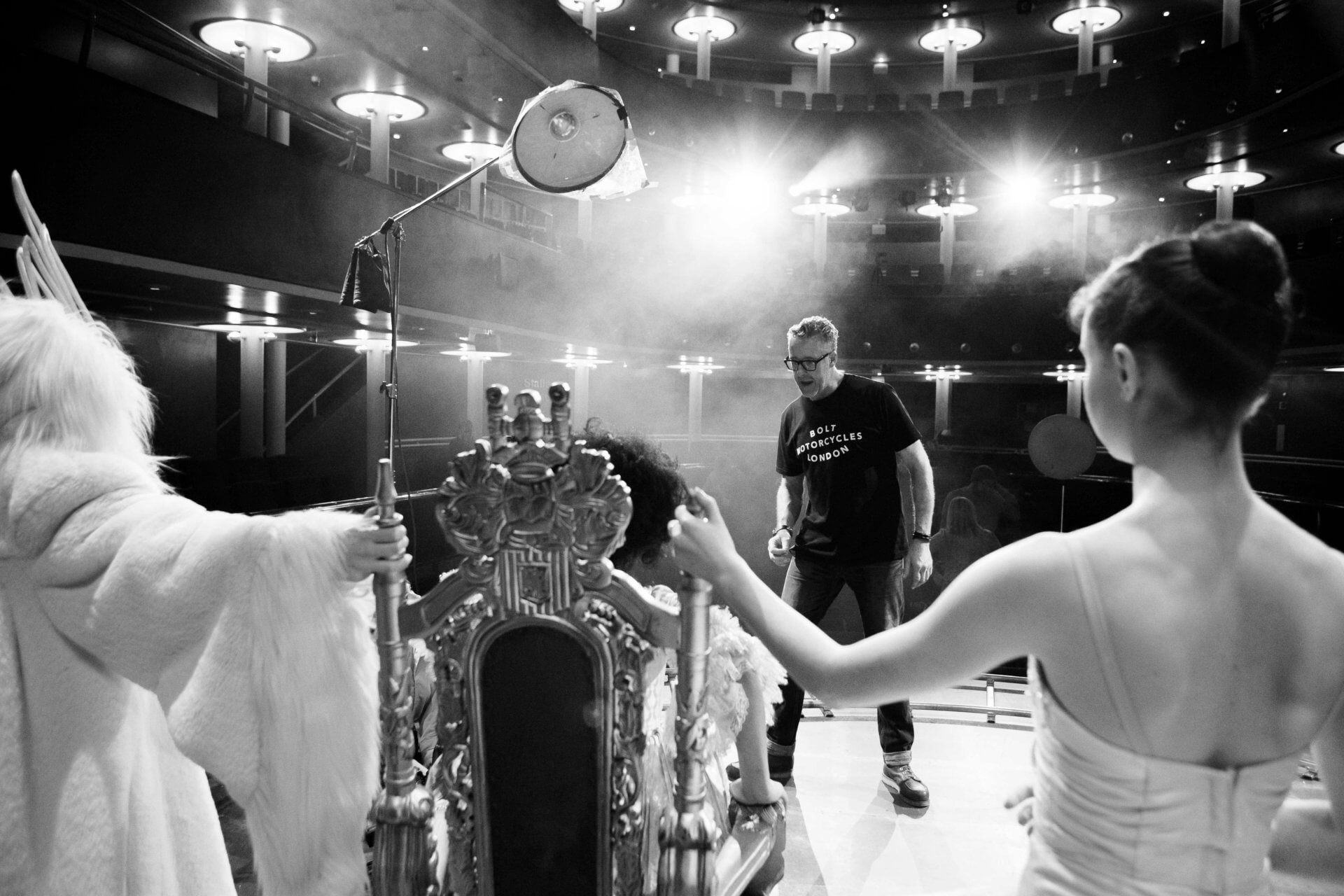 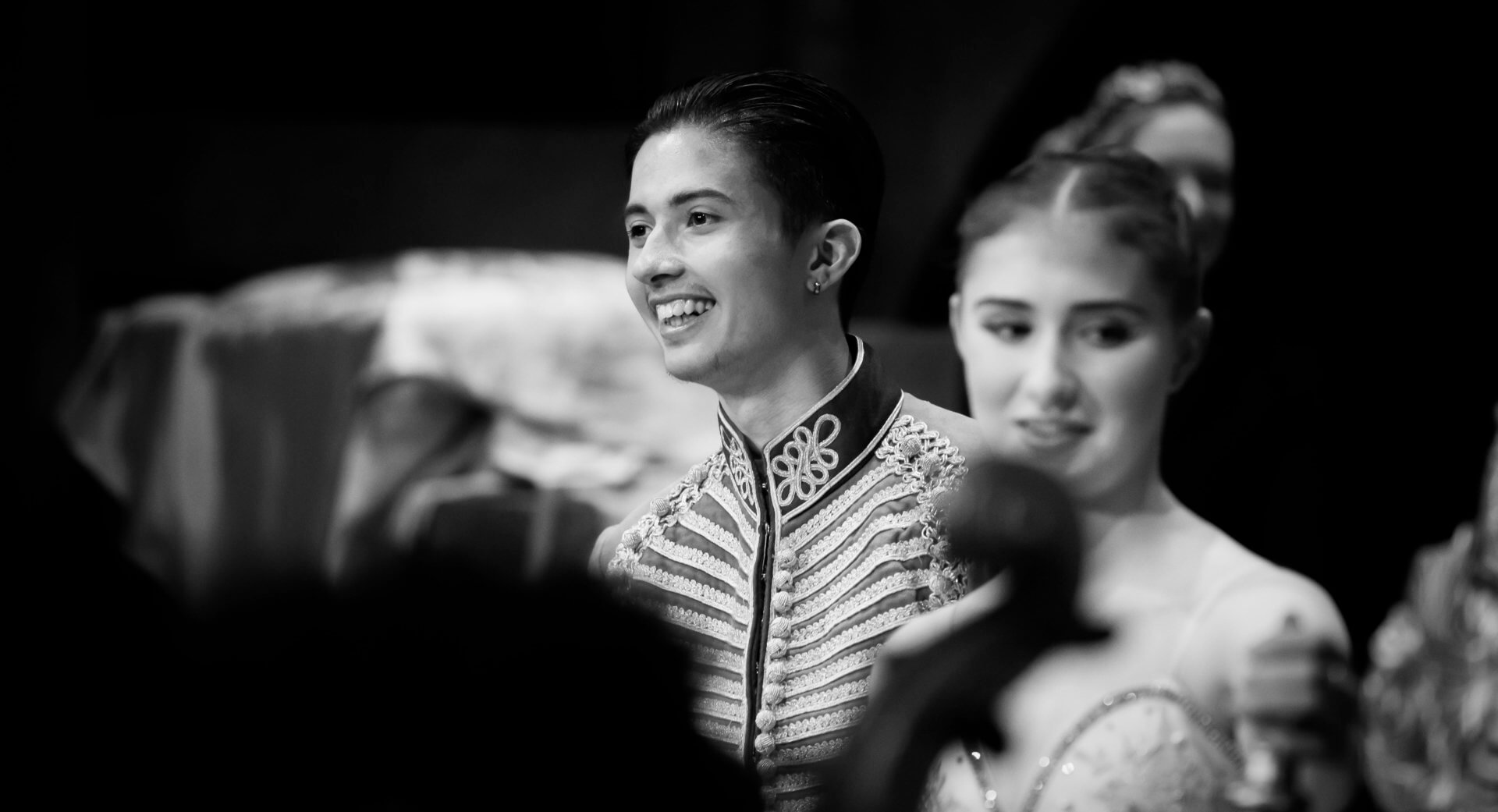 The group is positioned on stage and the smoke machine is on! Film student Eve captures the action on her camera. 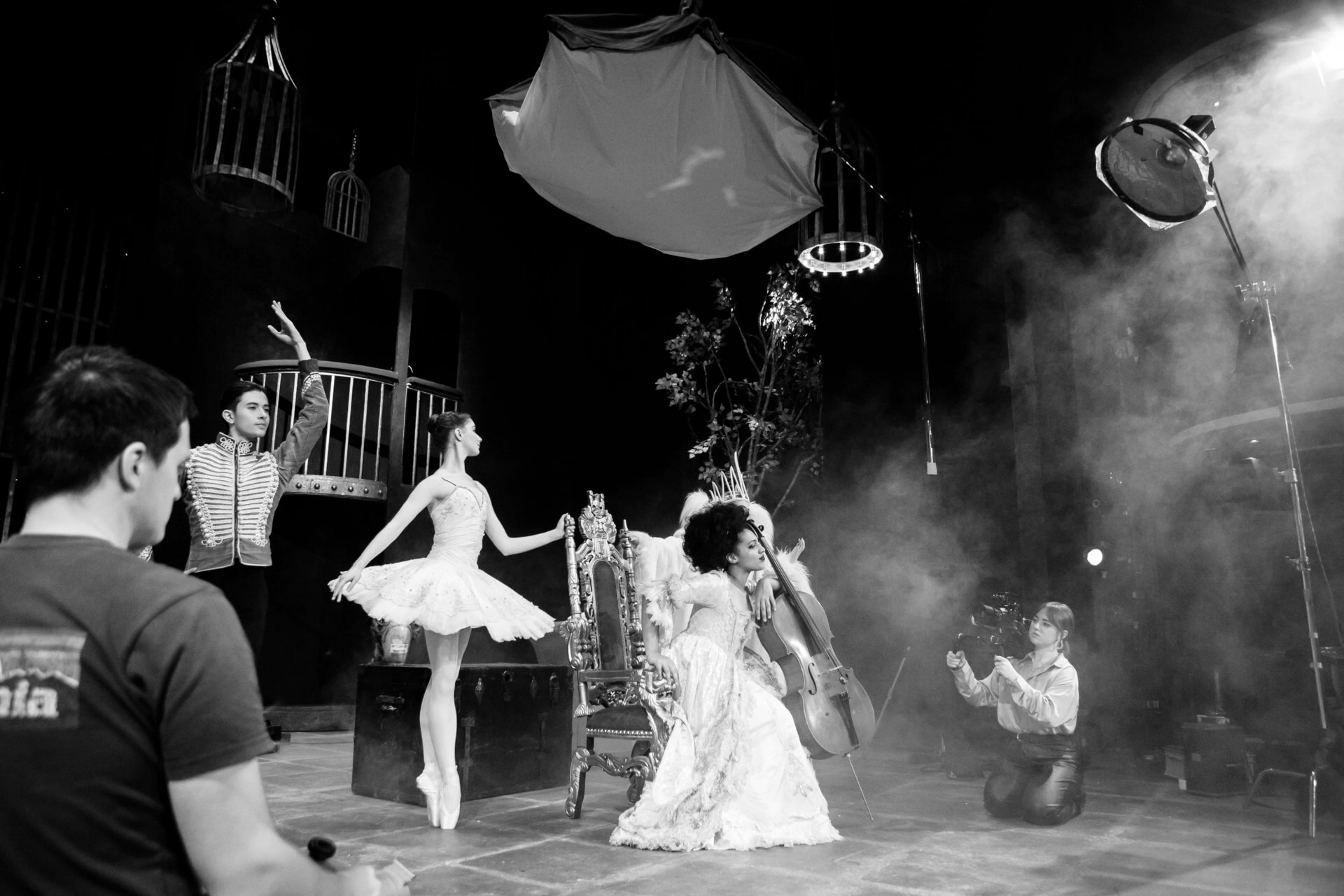 You can see the final photo in our new prospectus – download a copy of it today!