Cinderella review: you shall go to the ball!

The John Mather Trust is a charitable organisation set up by its eponymous benefactor to benefit young people in the West of Scotland, specifically to assist them in getting a foothold in a wide range of careers from trades and engineering to the arts. Marjorie Calder, Director of OceanBlue Consulting, was invited along by the John Mather Trust to see Cinderella. Here, she shares her thoughts on the recent RCS production.

At the time of writing, people all across Scotland are taking down decorations and packing away the evidence of ”˜peace on earth and goodwill to all men’ in attics and sheds for another year.

Reality has rudely intruded in the form of world events and a return to work after the festive break for many. The credit card bills will also arrive soon and many may rue the cost of Christmas and New Year gifts and/or of gym membership to shift other excesses. It’s a bit like the last night of a performance; knowing that scenery will be dismantled and stored, cast parties may end with sore heads and the finance team will be adding receipts against costs to brand the performance ”˜a success’, or otherwise.

For the cynical, this could easily be used as an excuse not to bother. Why go to all that effort and expense for a short run; a festive blowout or anything else which punctuates the routine of a busy year? But there’s the answer right there.

Creativity, effort, a little make-believe, a temporary suspension of reality or provocation of thought are the Red Bull of existence. They are the glucose or adrenaline which can lift the experience of life from the mundane to the downright wonderful.

So it was with the RCS production of Cinderella.

This was my first experience of an RCS full-scale performance and I absolutely loved it. From the 21st century twist of Cinderella choosing to marry for love instead of title (If you didn’t see it, she chose Buttons over the Prince), to the gloriously exuberant overacting of the Ugly Sisters and the evil glamour of the Stepmother.

I was fortunate to be invited along with a trustee of the John Mather Trust, which sponsored this year’s RCS performance of Cinderella, and I confess to being of sufficient vintage that corporate hospitality can be as much of a drag as a pleasure. I have also seen many a professional performance in my time and honestly had no idea what to expect of a student show but the energy; the freshness, the professionalism and the suspension of belief that was achieved was truly wondrous.

I am fortunate to work alongside the John Mather Trust and, although its generous benefactor died before I had the chance to meet him, I was able to do some biographical research. One thing which came out loud and clear was that John Mather loved the arts and passionately believed that young people of every walk of life should have the chance to experience creative arts if possible.

His trust and legacy ensure that this is facilitated and part of the trust’s sponsorship brought kids to Cinderella who might not have had the opportunity to see a major production; far less to see behind the scenes and talk to the energetic, young cast. Being able to step into a make-believe world and see the wizardry of sound and lighting; of makeup and costume, brought the magic of Christmas to life. It might just also bring new career opportunities and wider horizons for a few who really catch the bug. 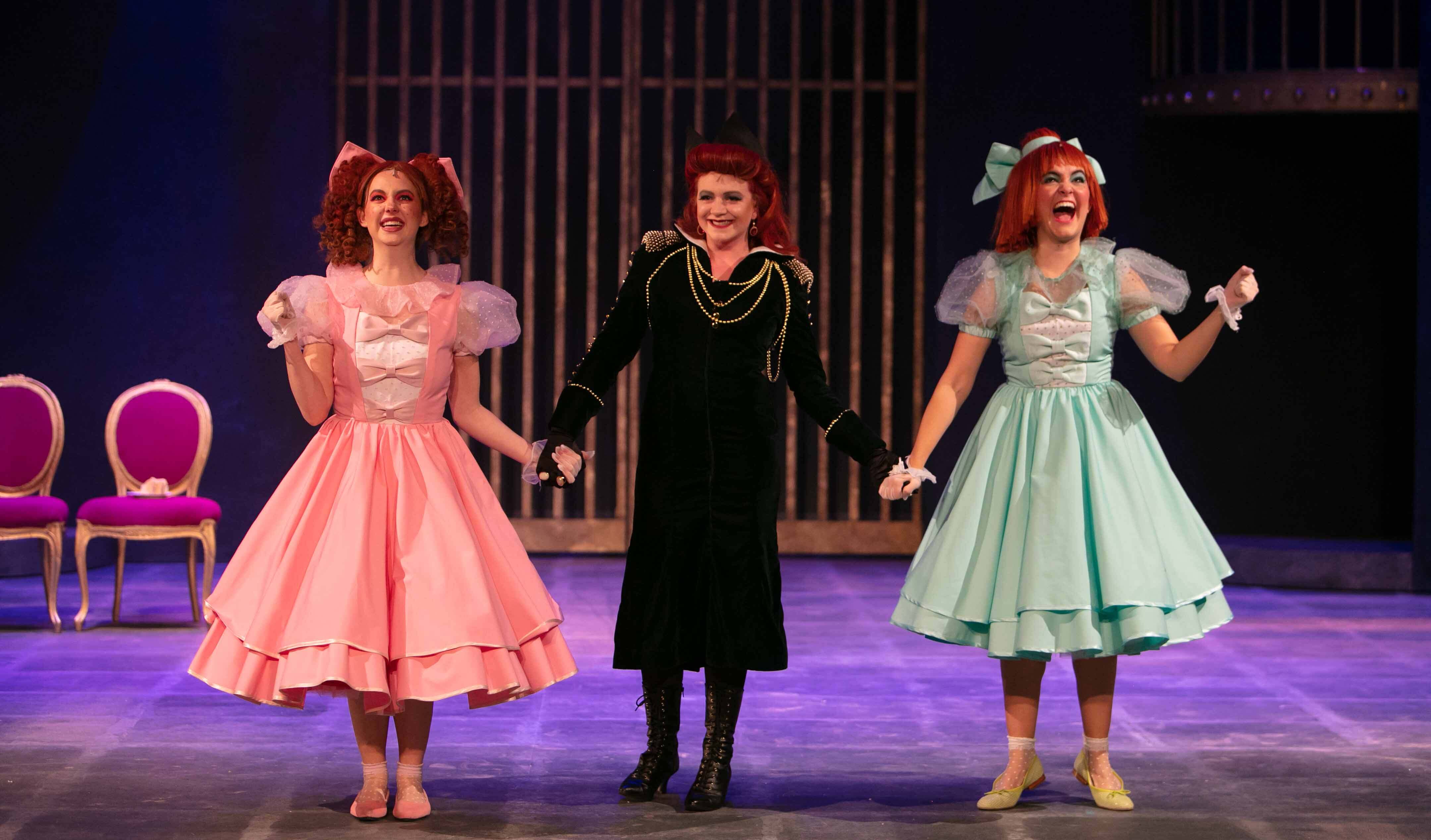 So thank you, talented young people and hard-working tutors at the Conservatoire. Thank you for turning the mundane (bits of props, scraps of cloth, rouge and mere words) into a magical experience. Thank you for bringing a novel script to life and for making me want to shout ”˜Oh no you didn’t!’ like an eight-year-old. Thank you to the John Mather Trust for facilitating bringing the magic to as wide an audience as possible. And if you didn’t see this year’s RCS performance, might I suggest you take a look at this year’s programme?

Creativity is for life, in far more ways than one.

At RCS, we stage over 600+ performances a year- visit our Box Office to see our upcoming productions.