Portal to the past: preserving the history of the performing arts

The internationally acclaimed RCS archive is a rich resource that provides an extraordinary insight into the history and heritage of Scotland’s national conservatoire. Here, its custodian, Stuart Harris-Logan, Keeper of Archives and Collections, shares its tales and treasures with Linda Robertson.

On the sixth floor of an old whisky bond in Glasgow lies a hidden gem, a place that charts the fascinating narrative of the Royal Conservatoire of Scotland and its role in performing arts in the UK.

Think of an archive and what instantly springs to mind? Towering piles of boxes collecting dust in a darkened room, a long-forgotten place where you can look but cannot touch? It probably isn’t an industrial-chic space filled with everything from flamboyant stage costumes and rare instruments to coronation compositions.

A visit to Archives and Collections is like taking a step back in time, at every turn there is something new and exciting to discover interesting and unusual treasures from performance programmes, press cuttings and photographs alongside student and staff records, manuscripts and artworks.

“Archives are all about preserving stories and keeping people and memories alive,” says Stuart Harris-Logan, Keeper of Archives and Collections at RCS. “They’re here for inspiration and for making things relevant to new audiences.”

A word of advice, though, give yourself plenty of time to explore and absorb its riches. There’s also Stuart’s engaging company to consider too, who brings everything to life, a myriad of names and dates, and insightful asides, effortlessly and eloquently rolling from his tongue. It’s easy to forget the hands on the clock when Stuart is sharing the archives’ anecdotes.

“The instruments collection is one of the finest in the world,” he says. “We have mostly brass and woodwind as well as some very quirky stuff a rare serpent with 14 keys the only one in the world, we believe an African drum and bowed harp, a couple of hammered dulcimers and a giraffe piano, which were fashionable in the early Victorian era.”

While some instruments are just for visual study, many pieces can be borrowed: “People get very excited when they come in and they have a look at all these historical things. Then when they find that they can actually play them, that’s even better.”

Nestled amongst neighbours that include some of the city’s most creative names, Archives and Collections at The Whisky Bond which overlooks Glasgow’s canal is just a stone’s throw from the Wallace Studios at Speirs Locks.

Inside, rolling shelves open to reveal rows of boxes that contain everything from instruments and correspondence, including intimate love letters and even a lock of hair, more on which later.

There are letters penned by composers Sibelius and Sondheim and the menu from an 1892 supper in Glasgow in honour of the actor Sir Henry Irving which was attended by Bram Stoker and Colonel William Cody, AKA Buffalo Bill.

“They really ought to be in the Royal collections ”¦ but we’ve got them,” says Stuart, with just a smidge of glee.

Costumes which were once worn by legendary Scottish entertainer Jimmy Logan adorn mannequins a fabulous red sequin tailcoat and an eye-popping pink panto dame dress are part of the archive that spans his life’s work. 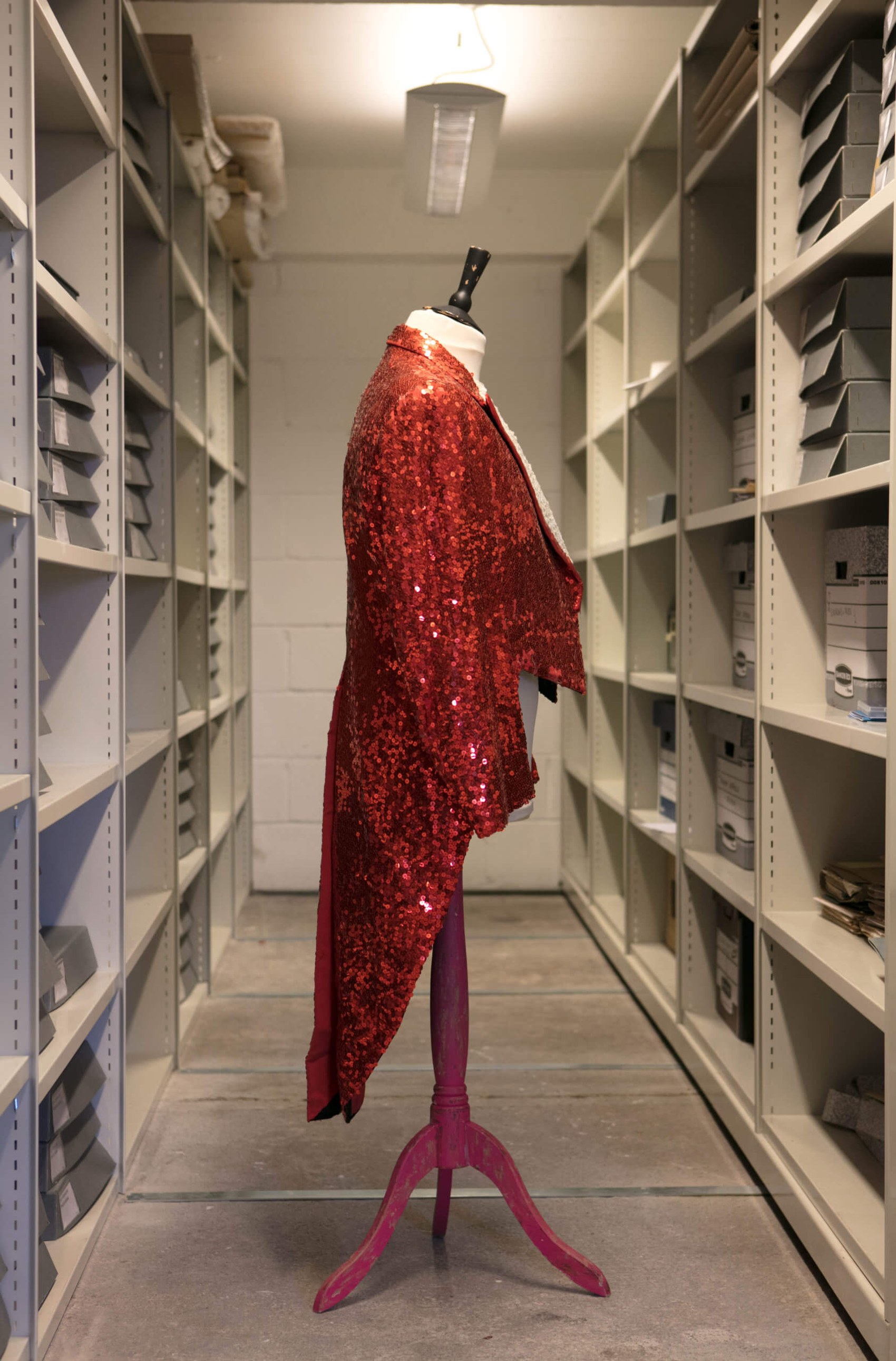 Another mannequin sports a Hogwarts-esque blazer with matching scarf, once donned by music students in the 1950s. 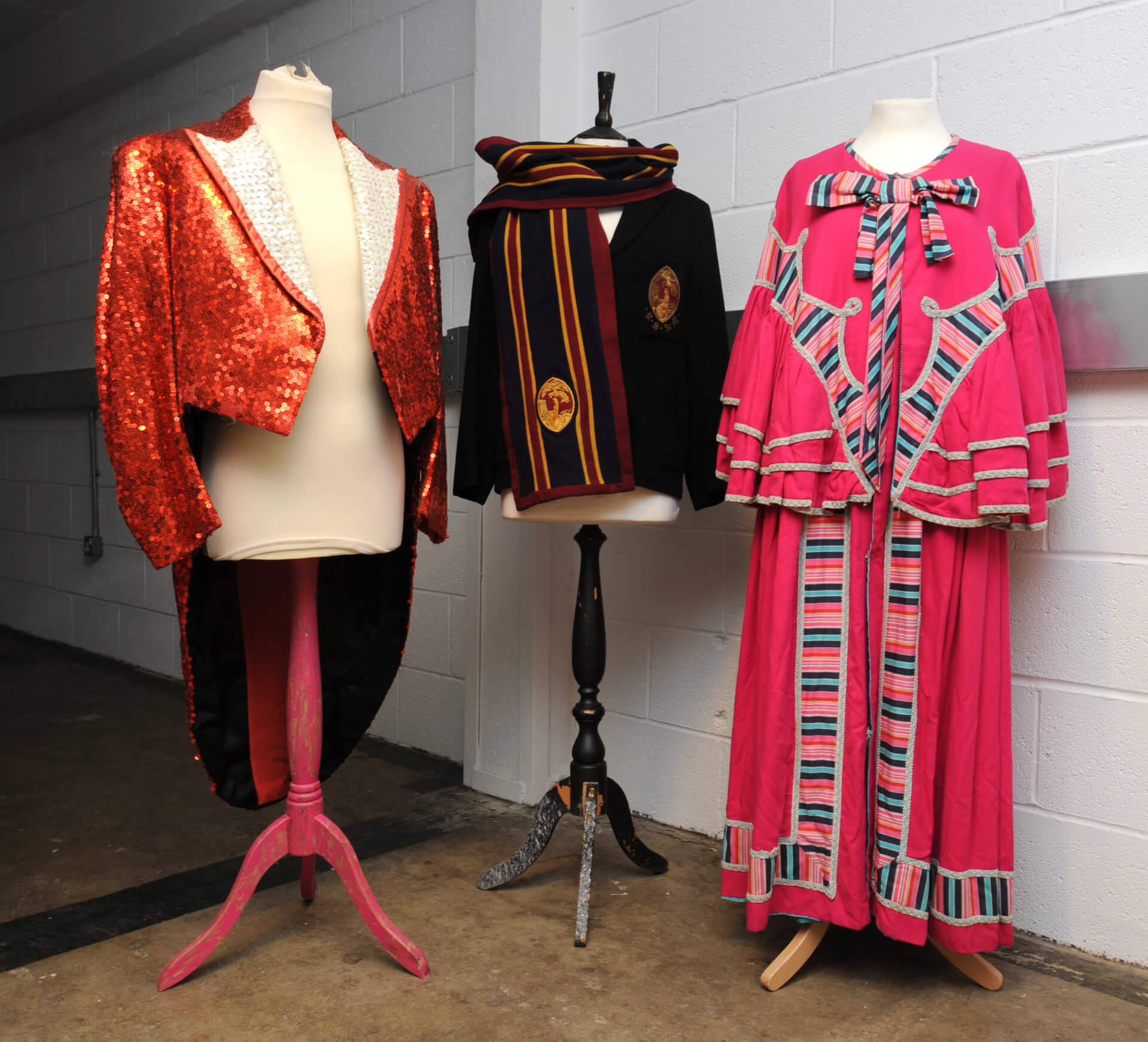 A glass display cabinet exhibits smaller items and trinkets while shelving runs along the room’s far wall, home to leather-bound finance tomes which date from day one, when RCS was known as the Glasgow Athenaeum. If they weren’t so precious, they’d make excellent stage props. 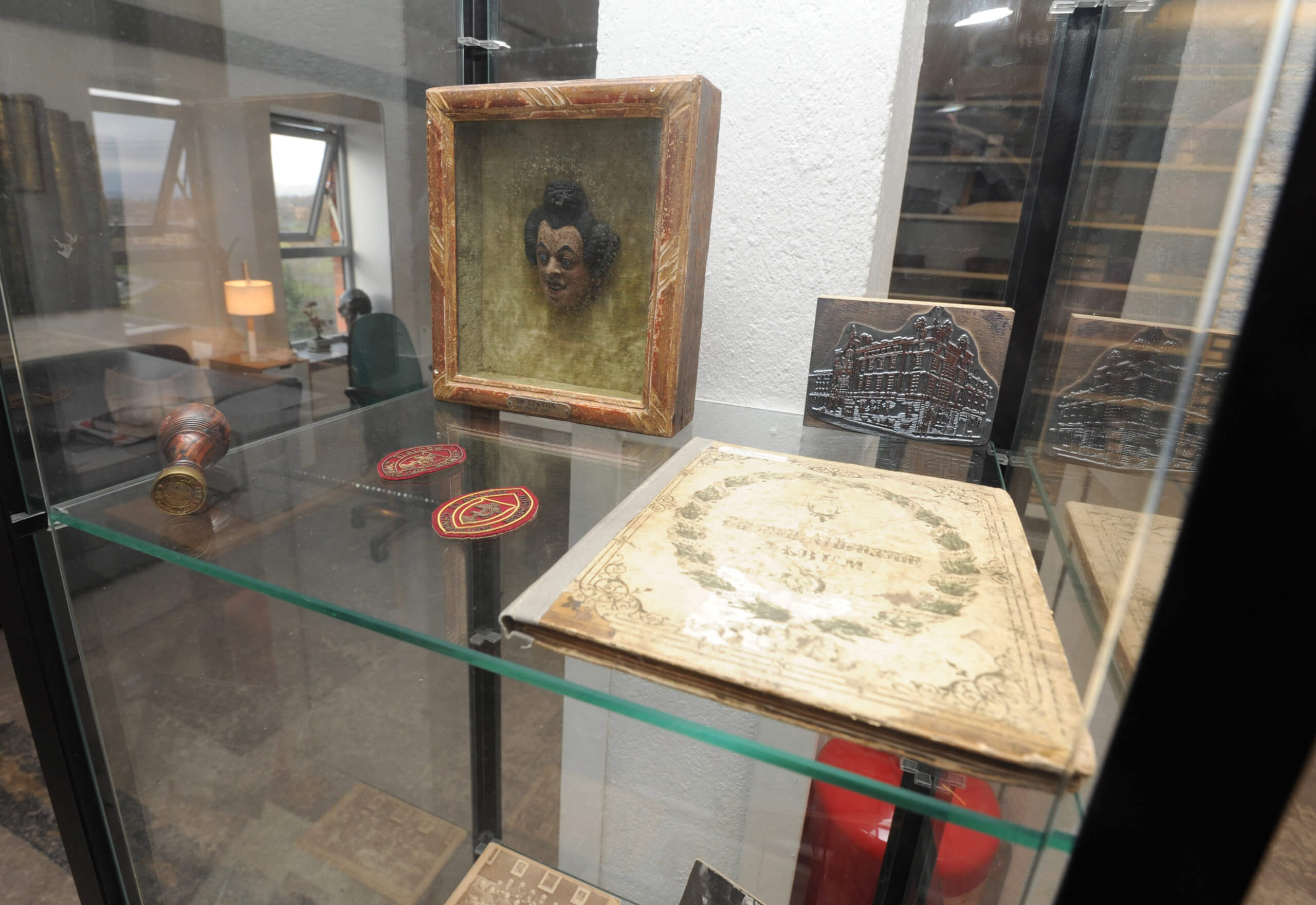 One book in particular is something of a star in the archive the ”˜strangers’ book’ autographed by Charles Dickens (below) who delivered the inaugural address at the Athenaeum’s opening soiree. It’s joined by other names of note, including Ralph Waldo Emerson in 1848. 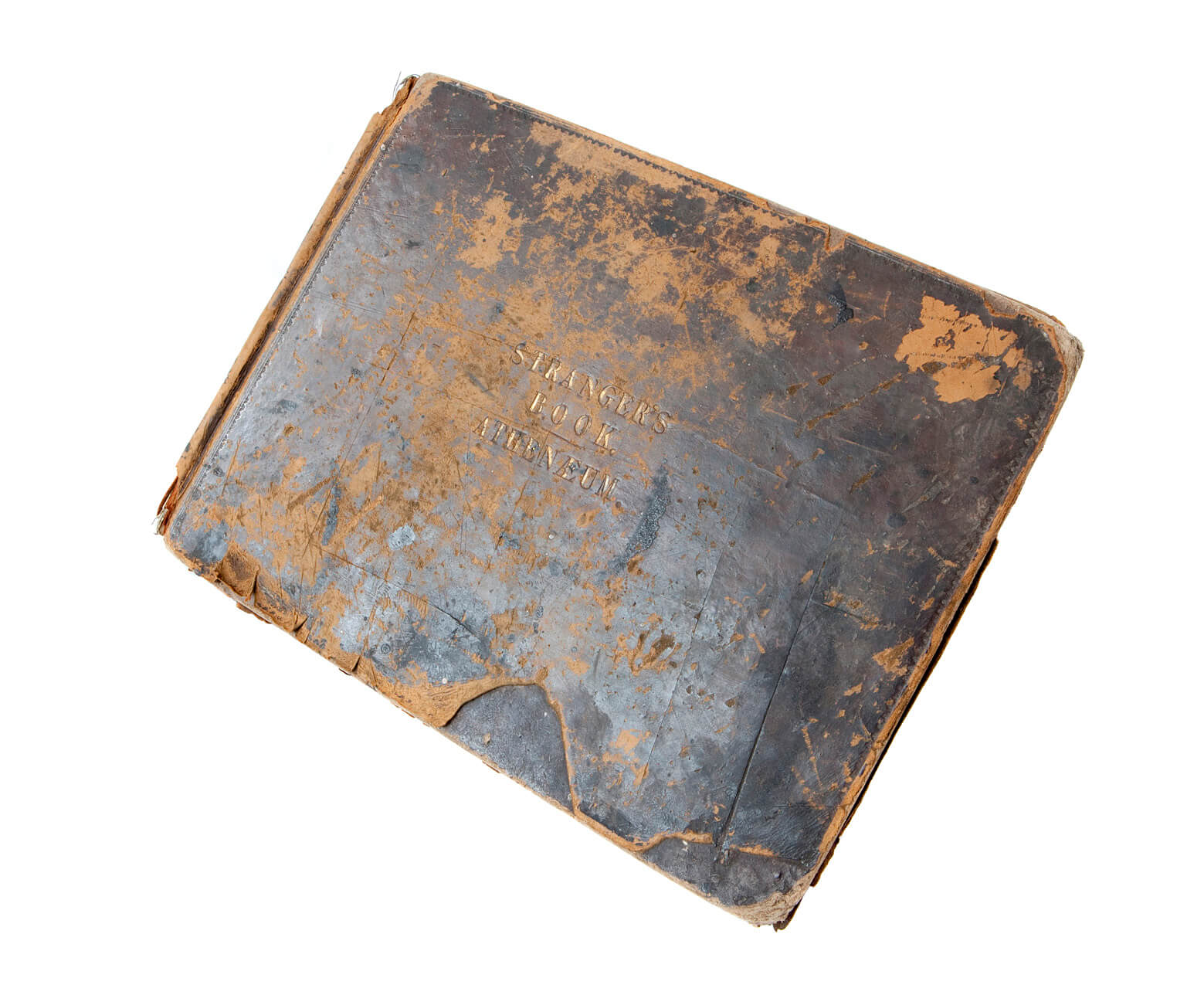 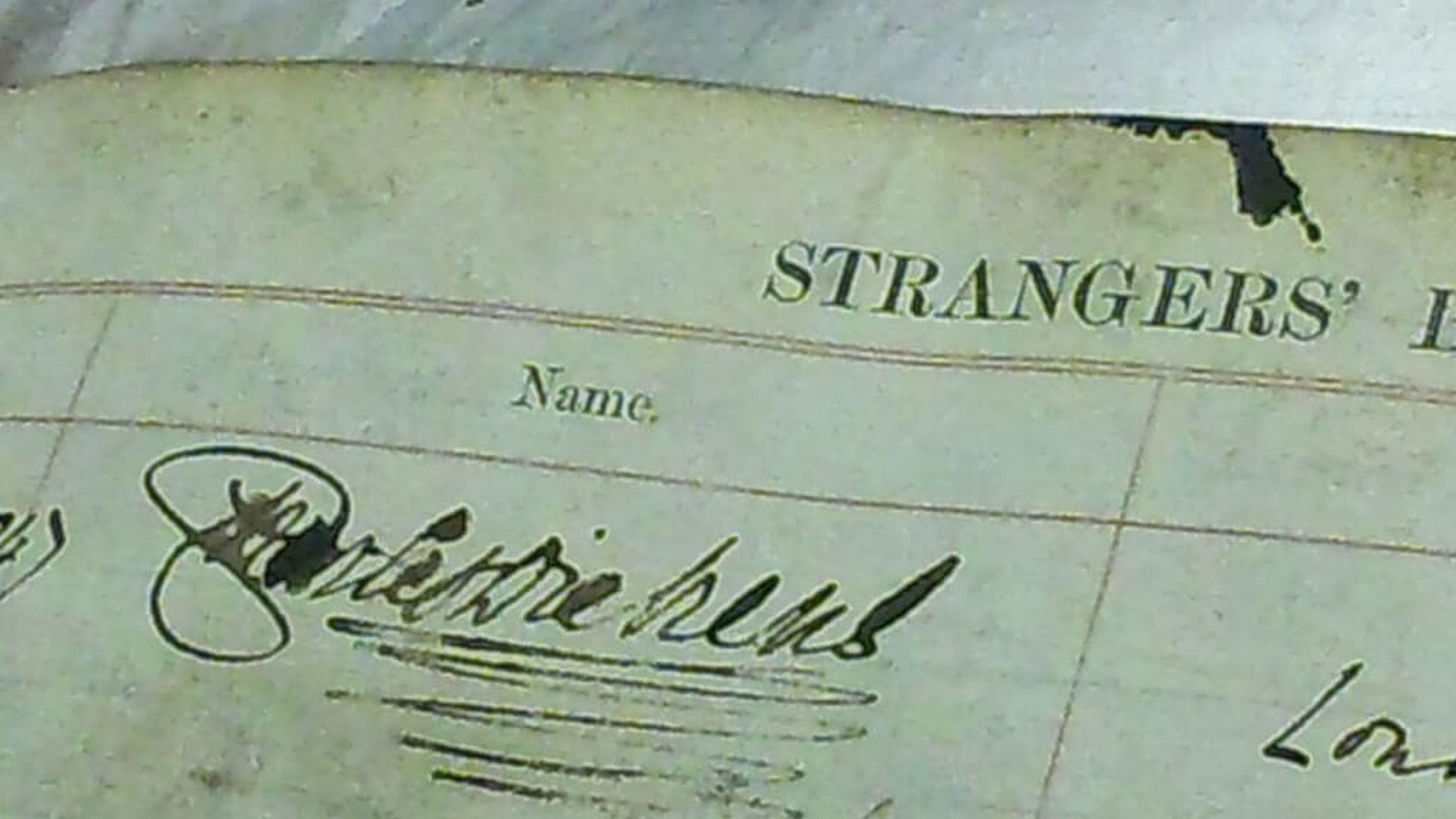 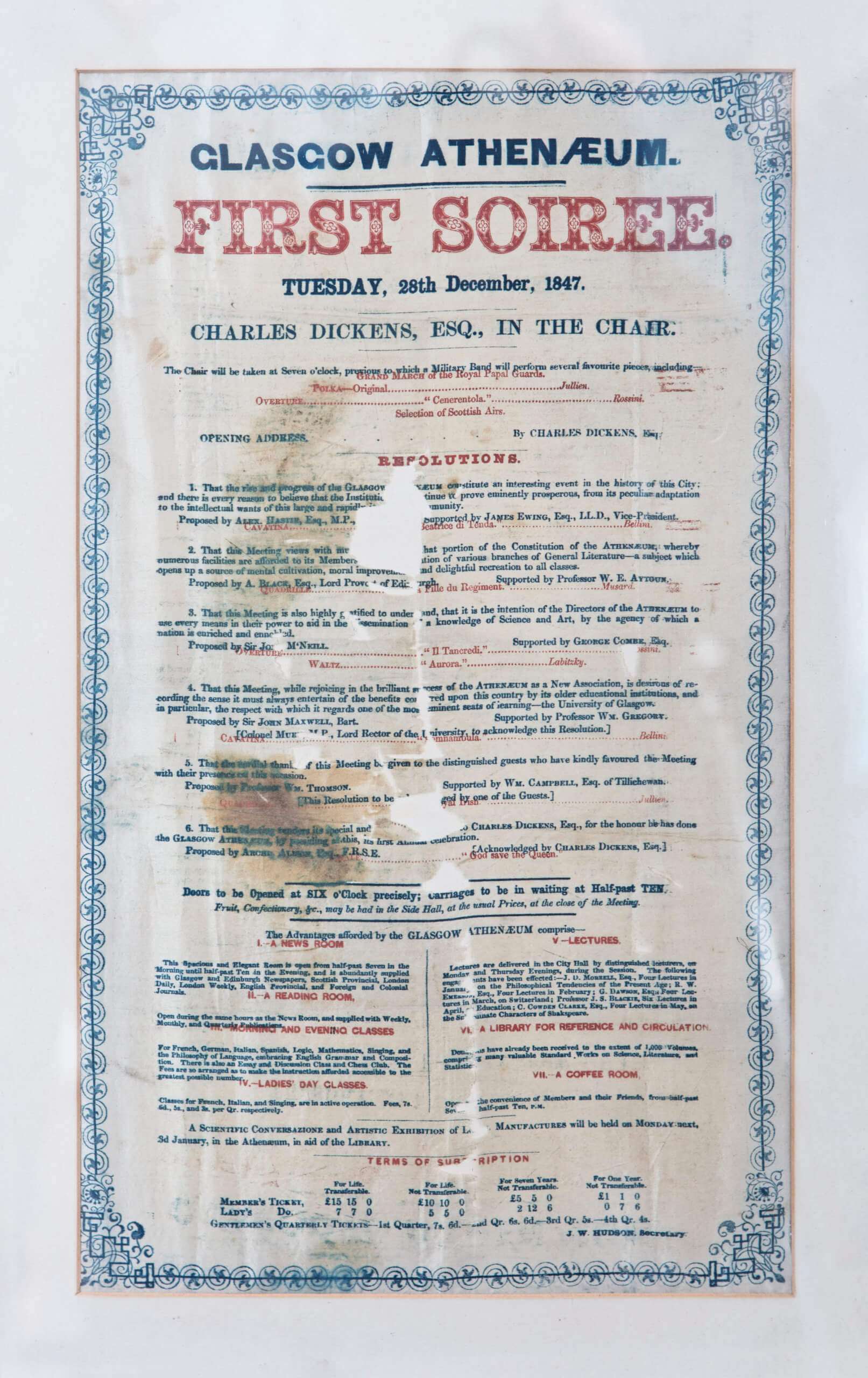 The archive didn’t exist when Stuart, a former ballet dancer who trained at the Conservatoire de Paris, joined the Royal Conservatoire’s library in 2009. When it was established in 2011, wasn’t he fazed by trying to collate and organise more than 100 years of memories?

“I knew it would be a long-term project, it wasn’t ever something that was going to be tasked and finished but that’s what makes it exciting. And it’s a real joy when you find something that fits into the collections.”

With so many significant items, what stands out?

“Erik Chisholm was a student who won prizes left, right and centre for piano and composition and went on to be a major figure in contemporary music. His collection is really telling because there is a huge social history in there, including the correspondence with the pianist and composer Kaikhosru Shapurji Sorabji in the 1930s.

“They’re really love letters, although they are very one-sided because Chisholm was married but Sorabji was in love with him. Sorabji even sent him a lock of his hair and wrote two poems which are beautiful works in themselves.”

On the staff side, Stuart cites Emma Ritter-Bondy whom he discovered was the first female professor in the UK: “Our predecessor body, the Glasgow Athenaeum, accepted women students and staff from day one in 1847. Quite a remarkable statement of equality in the Victorian era.”

“It’s a huge coup for us as Dr Tarr was the name in trumpet research and one of the first scholar performers of any stripe, so that was enormous getting that archive here. The John Webb collection too, of course. He wasn’t just a collector of instruments, he was also a maker, so we have lots of instruments that he created himself.

“We have Glasgow’s Britannia Panopticon archive and that’s incredibly important as it’s the world’s oldest surviving music hall and the story why is extremely funny and not repeatable here. People can ask me!”

The archive, Stuart says, plays a crucial role: “It doesn’t just support our research work, it’s also supporting the creative talent we’re putting out into the world through our students. It’s also vital in terms of community engagement. We have an international outlook in the Conservatoire so the archive has too, but we collect community collections and have the wonderful Linn Choir archive, which was conducted by Harry Gardner who was deaf. It tells a hugely important social history.”

The archive is a work in progress and new items are always being added: “We recently bought Sir Malcolm Arnold’s trumpet at auction. That’s what makes this archive different. Yes, we’re looking after the conservation needs of everything we have but we are interactive. It’s dynamic and living and people can be part of it.”

While it’s mostly staff and students who call upon the archive’s resources Stuart also works closely with colleagues in the Research and Knowledge Exchange to support their output the archive is open to the public and is popular for genealogy research.

“From student enrolment slips we can look at signatures and addresses as well as exam results. It can be very moving, especially when you put things into context to let people understand the environment in which all this was happening. It’s a really lovely thing to do, because you know you’re really touching someone’s life and history.” 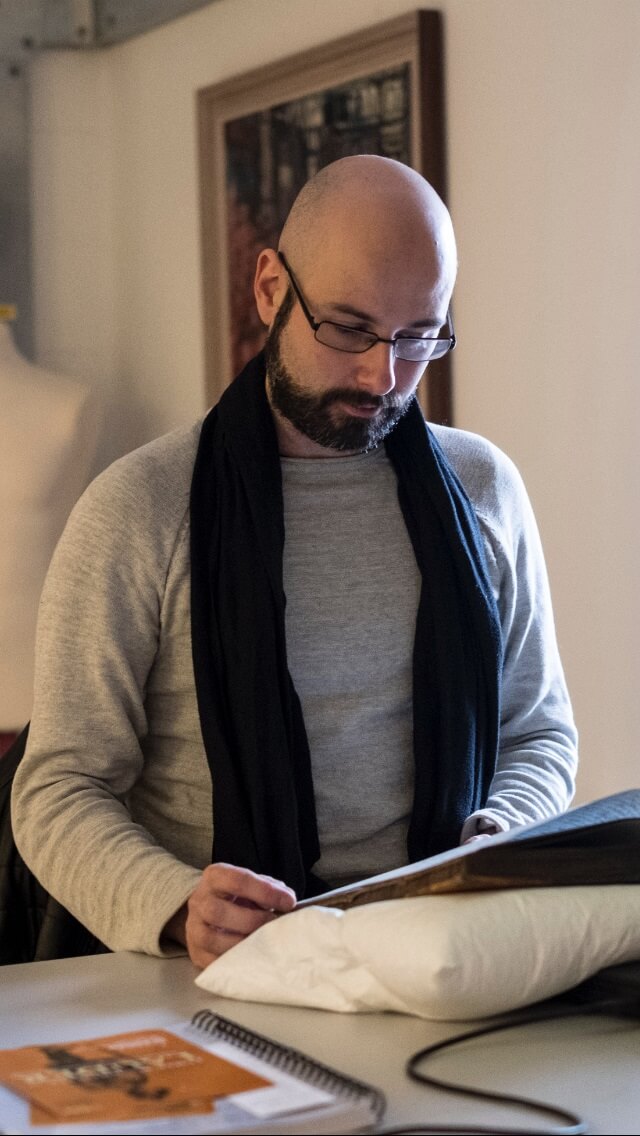 So what made this ballet dancer swap life on stage for a behind-the-scenes role?

“Two things, really. I come from a family of collectors and inherited a couple of collections. I trained in ballet but I also read English Literature and Classics and read a postgraduate degree in Scots Gaelic. I had been working in libraries throughout my career in ballet and started building archives on composers and artists for private collectors.”

He loves helping ”˜creative people do creative things’: “To be a very small cog in a big machine like the Conservatoire is extraordinary. This is the finest institution of its kind in the country and to be involved in that is a huge privilege and something I pinch myself about every now and then.” 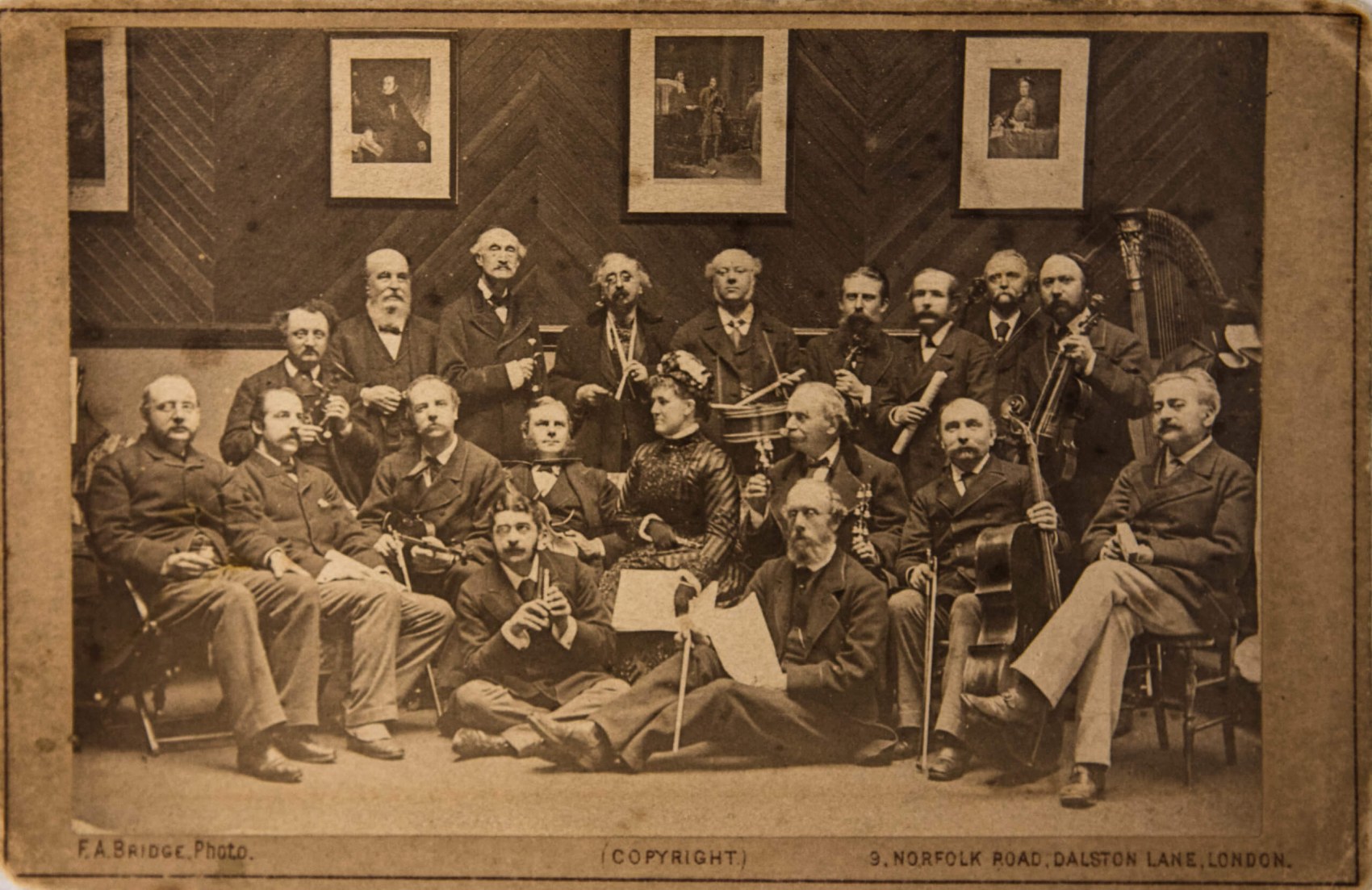 “A photograph from a performance of the Toy Symphony in London in 1880 signed by all the performers including Carl Rosa and Arthur Sullivan of Gilbert and Sullivan fame. It’s this wonderful drawing room setting with everyone holding their instruments. It’s bonkers but beautiful and I love that.” 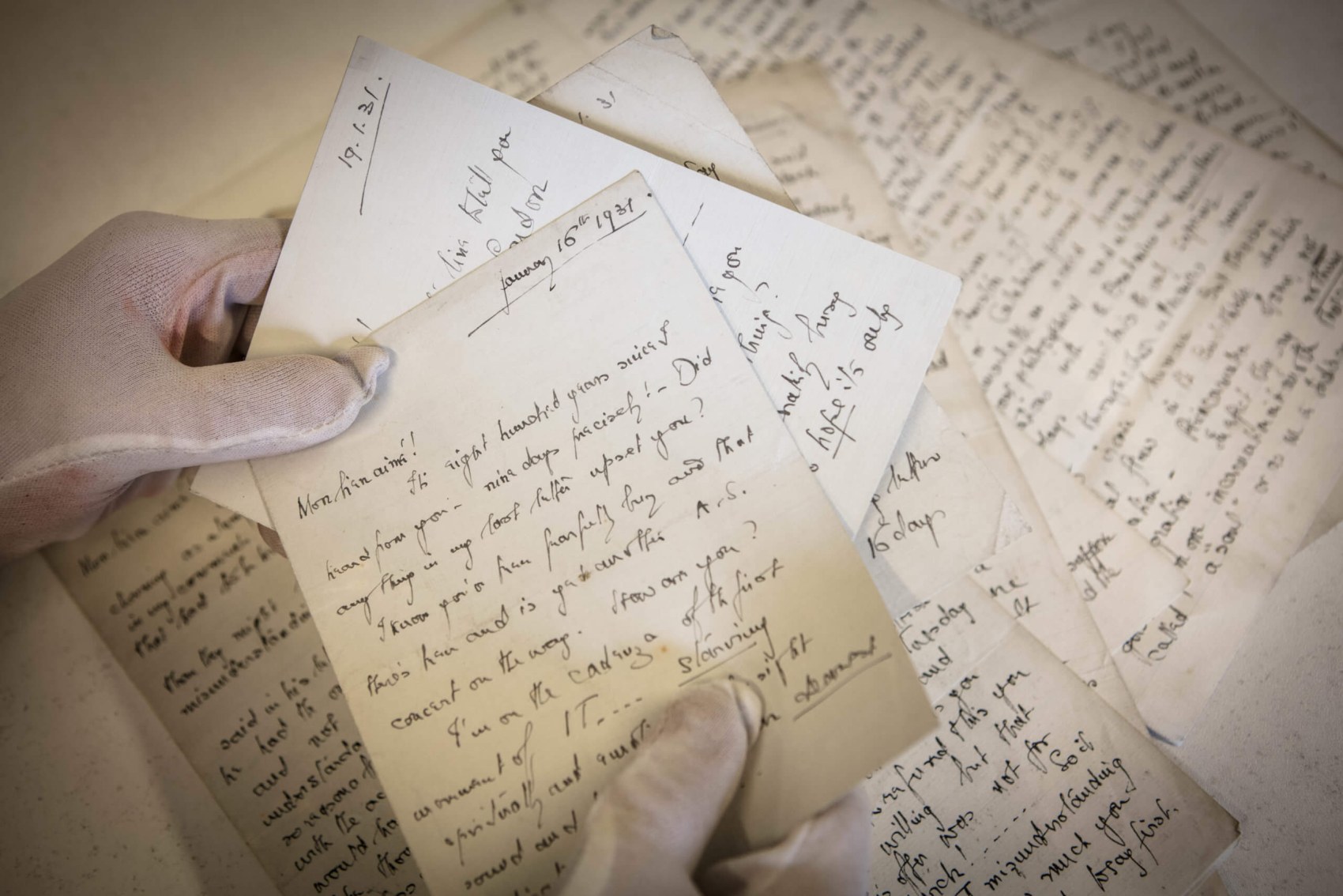 “The Chisholm and Sorabji letters are incredibly touching and they really speak to me.”

“The Elaine Campbell Gullan prize for speaking in verse is a conversion from an original Art Deco bronze lamp. These three pieces are on a smaller scale and are not so well known, certainly not internationally, but they’re really lovely things.”

Visit Archives and Collectives to find out more about this rich resource.