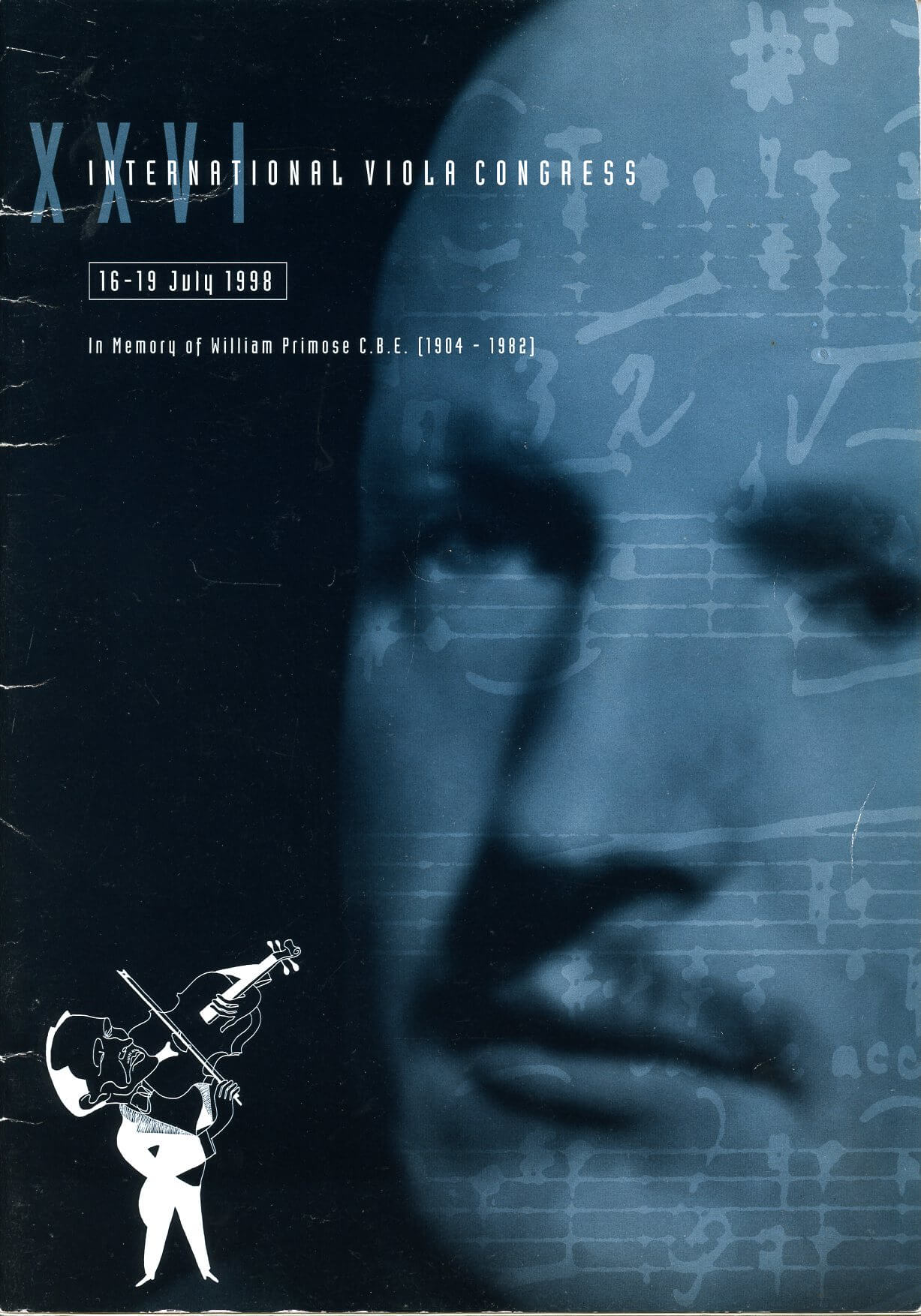 This month’s archival object of the month is less of an object, and more of an event. In 1998, the International Viola Congress took place in our Renfrew Street building, then known as the Royal Scottish Academy of Music and Drama.

The International Viola Society holds a congress in different countries annually, and Glasgow was favoured as the host of the twenty-sixth international meeting in memory of the Scottish violist and teacher William Primrose CBE.

Primrose was born in Glasgow in 1904, son of the eminent violinist John Primrose (an early teacher of Camillo Ritter, the son of our first professor Emma Ritter-Bondy). William Primrose began his musical career as a violinist but early on he realised his real passion was for viola and in 1930, still in his twenties, he was appointed violist for the London String Quartet, touring and recording extensively until the Great Depression caused the quartet to disband in 1935.

Primrose continued to tour and perform, however, and in 1944 he was soloist in the first recording of Berlioz’ Harold in Italy.  Later that year Primrose commissioned one of the last pieces to be written by celebrated Hungarian composer Béla Bartók – a viola concerto which remained unfinished at Bartók’s death in 1945 and only completed four years later, when Primrose premiered it with the Minneapolis Symphony Orchestra.

William Primrose was a giant among violists, and in his later years he played on a 1697 Guarneri viola (one of only around half a dozen known to survive).  It was last seen on the front desk of the Berlin Philharmonic, and was sold privately in 2012.  Do let us know if you find it!

Photographs and programme of the twenty-sixth International Viola Congress were digitally donated to the RCS Archives & Collections by Dwight Pounds. With thanks to Dawn Durrant.