The Weekend Read: A Cut Above

It’s a place cloaked in magic and part of the rich fabric of life at the Royal Conservatoire of Scotland. Linda Robertson delves in to the wonderful world of wardrobe. Photography by Robert McFadzean

An air of quiet concentration hangs in the room, punctuated by the whirr of sewing machines, the steady hiss of a steam ironand freshly sharpened scissors slicing fabric with a satisfying snip.

With pins in mouths and needles nimble in hands, a small army of artisans is hard at work constructing the costumes that will soon be unveiled to audiences at the Royal Conservatoire of Scotland. 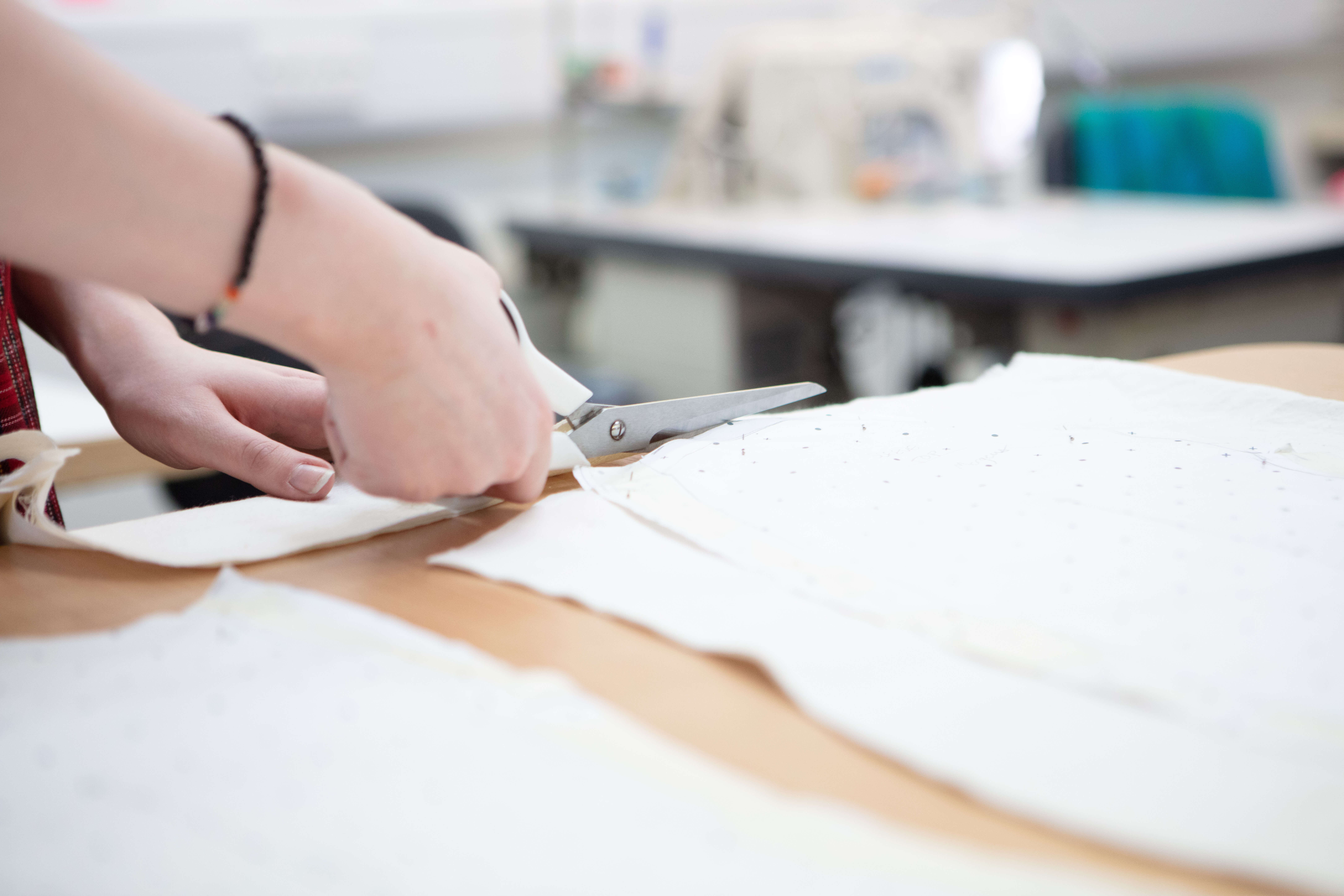 This is where the magic happens. Characters come to life within the walls of the wardrobe department, stepping out from design sketches and on to the stage.

Rails are ready to roll to Renfrew Street for upcoming shows, name tags dangling from hangers. Colourful drawings are tacked to the walls and swathes of material draped over cutting tables.

As soon as a new term starts, a fast-paced production schedule kicks in, from Christmas shows and main stage musicals to opera, ballet and a full Edinburgh Festival Fringe run which all require costumes ”¦ and lots of them. 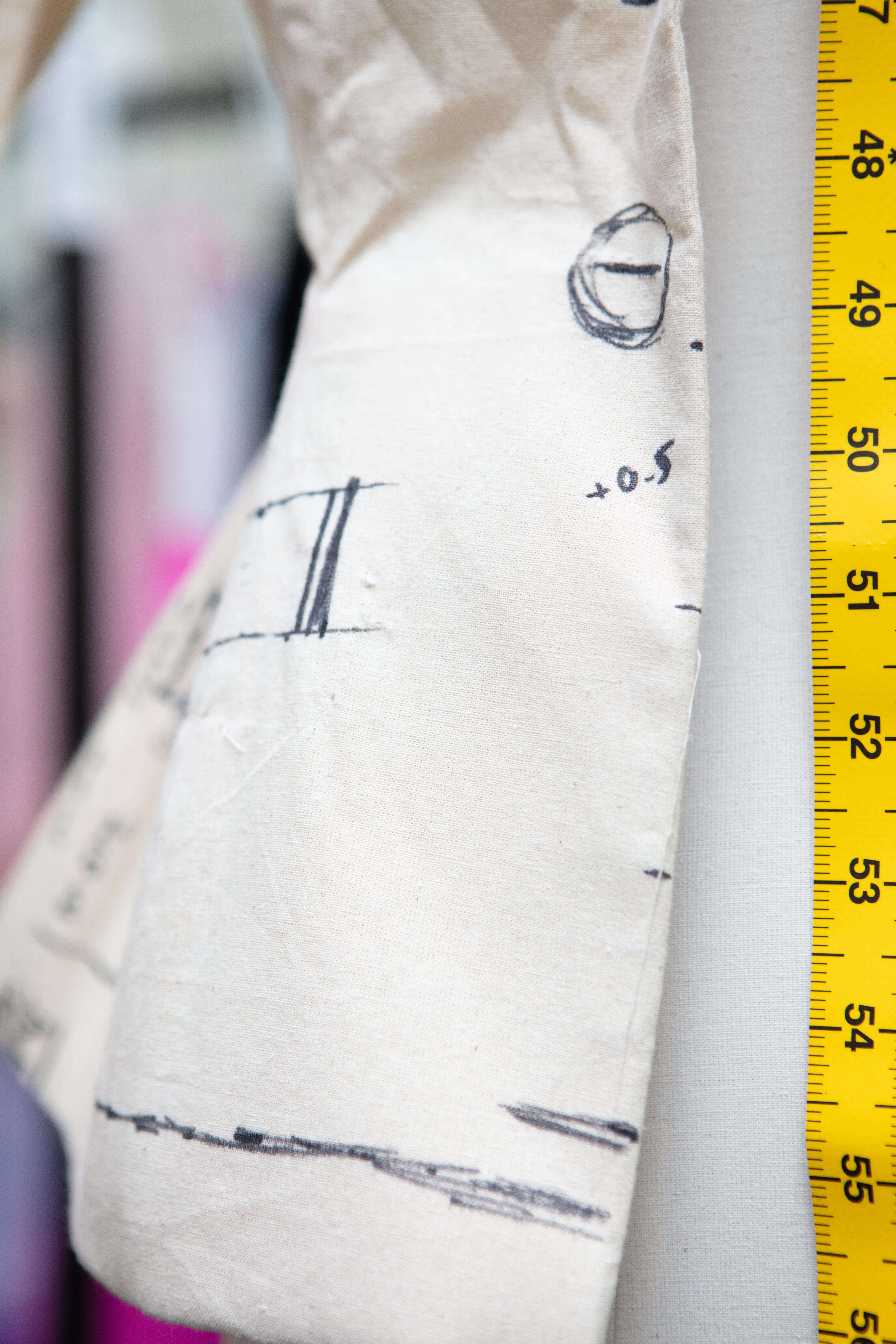 “How many costumes have we created in the last year?” ponders Christine Murphy, lecturer in design and costume. “There are too many to count ”” hundreds! I think people are surprised at the student and staff numbers behind the enormous costume output. There are usually eight second and third years and four staff tutors working across all the productions.”

Wardrobe is split over two floors at the Wallace Studios, which houses the Conservatoire’s Production Arts and Design degree course.

There’s the main work room with something to catch the eye at every turn ”” a row of sewing machines adorned with brightly coloured bobbins and a wooden chest with drawers that open to reveal a rainbow-hued collection of thread. 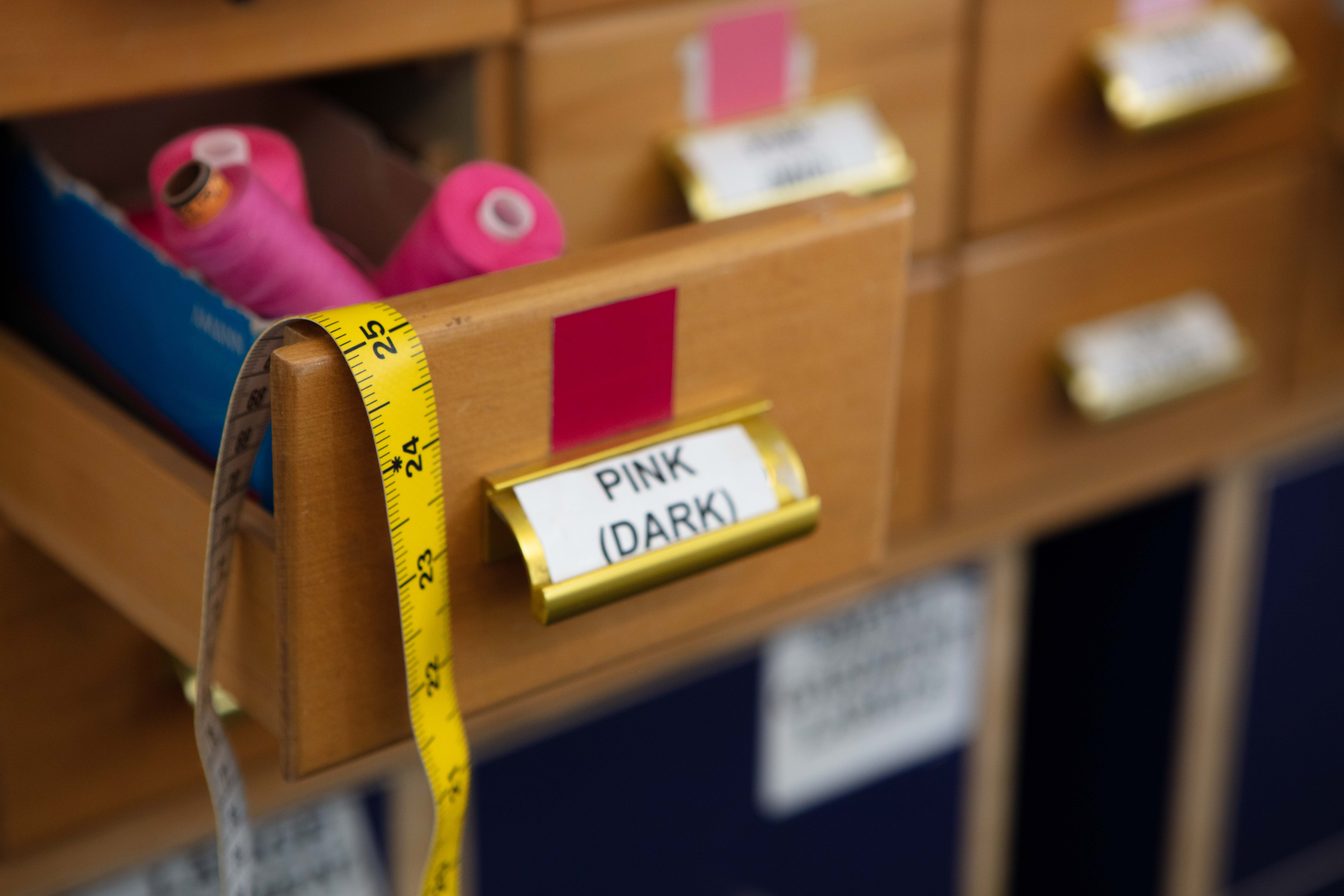 At the back of the room is a large cutting table surrounded by boxes of treasure ”” zips and buttons and ribbons and poppers. Inside cupboards lie neatly folded fabrics, in jewel-popping brights to muted checks and tartans. 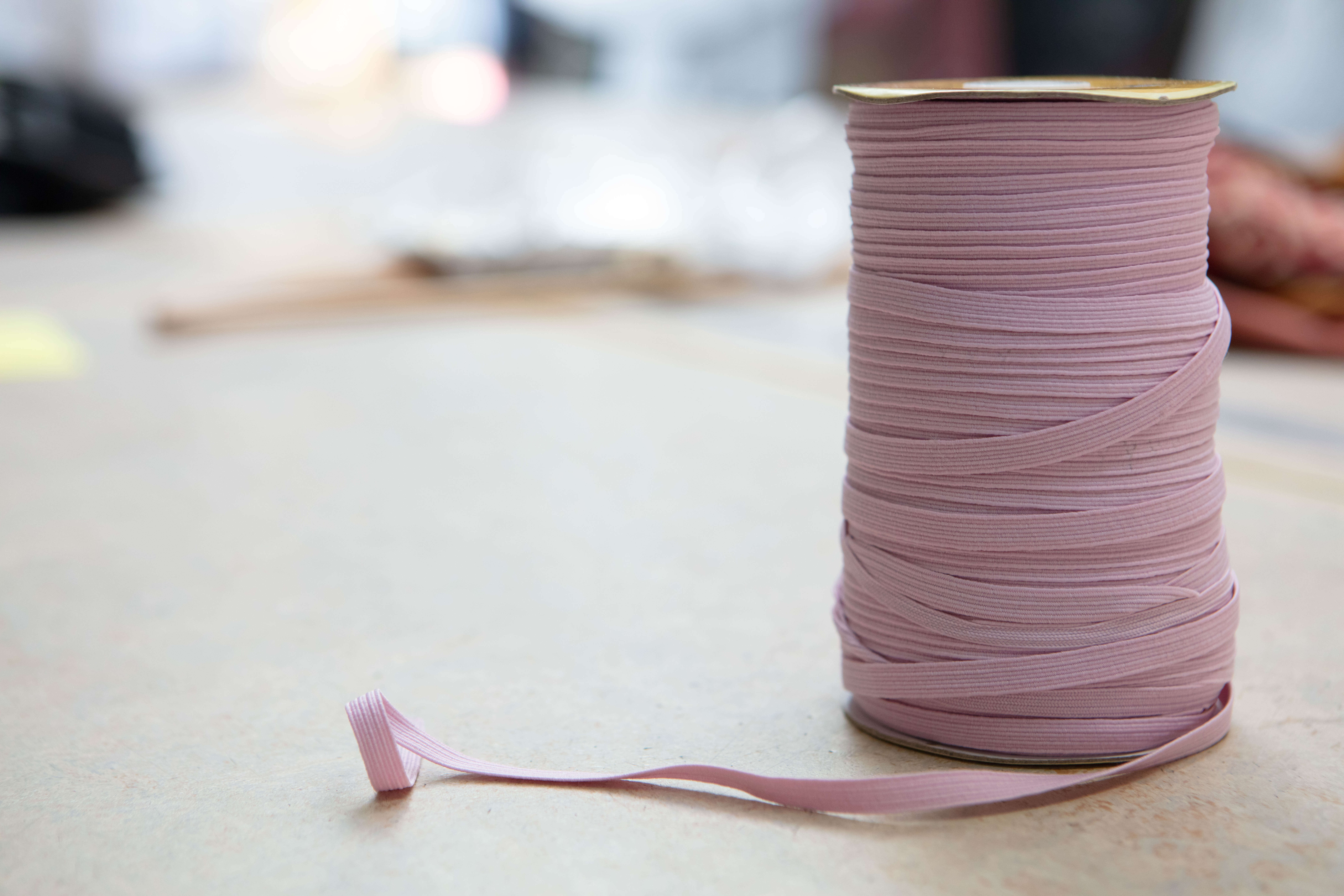 A quintet of mannequins cluster in a corner while one stands alone, sporting sunny yellow suiting from the musical, Sunday in the Park with George.

“The costume design for Sunday in the Park with George was a highlight of the year and great for students and staff to work on as it was so visually exciting with excellent tailoring and military opportunities,” says Christine.

“A festive show, Peter Pan, also stands out as it had lovely period costuming work for students.”

In the second workshop across the hall, stunning ballet costumes from the graduation show call out for attention with dazzling dresses in inky sequins, acres of airy white tulle and wispy gem-studded chiffons.

Downstairs is a massive costume store that’s like walking into the ultimate dressing-up box. It’s full of intrigue and inspiration, and home to some serious vintage gems that have been bestowed upon RCS.

“It’s always very nice when someone hands in pieces with stories behind them and we value and respect the memories of the friends and family who donated them,” says Christine.

Even a piece from her own family history is in there: “My grandfather’s dressing gown still makes appearances on stage ”” he died in 1957 and it was his ”˜good’ dressing gown, I’m told! It always pleases me to see it on stage.”

The donated pieces each have their own story to tell, and they’re looked after with love by the wardrobe team, as they continue their legacy. “We’ve had some amazing donations period evening wear like top hats and tails, Victorian riding habits and military uniforms with some dating from pre-World War One. We also have a bank of old Glasgow Corporation Tramways uniforms that the ”˜clippies’ wore, that have found a new purpose as Russian Chekov costumes.

“Our earliest pieces, which came from our old Athenaeum building on Buchanan Street, now the Hard Rock Café, are fabulous teaching references.” 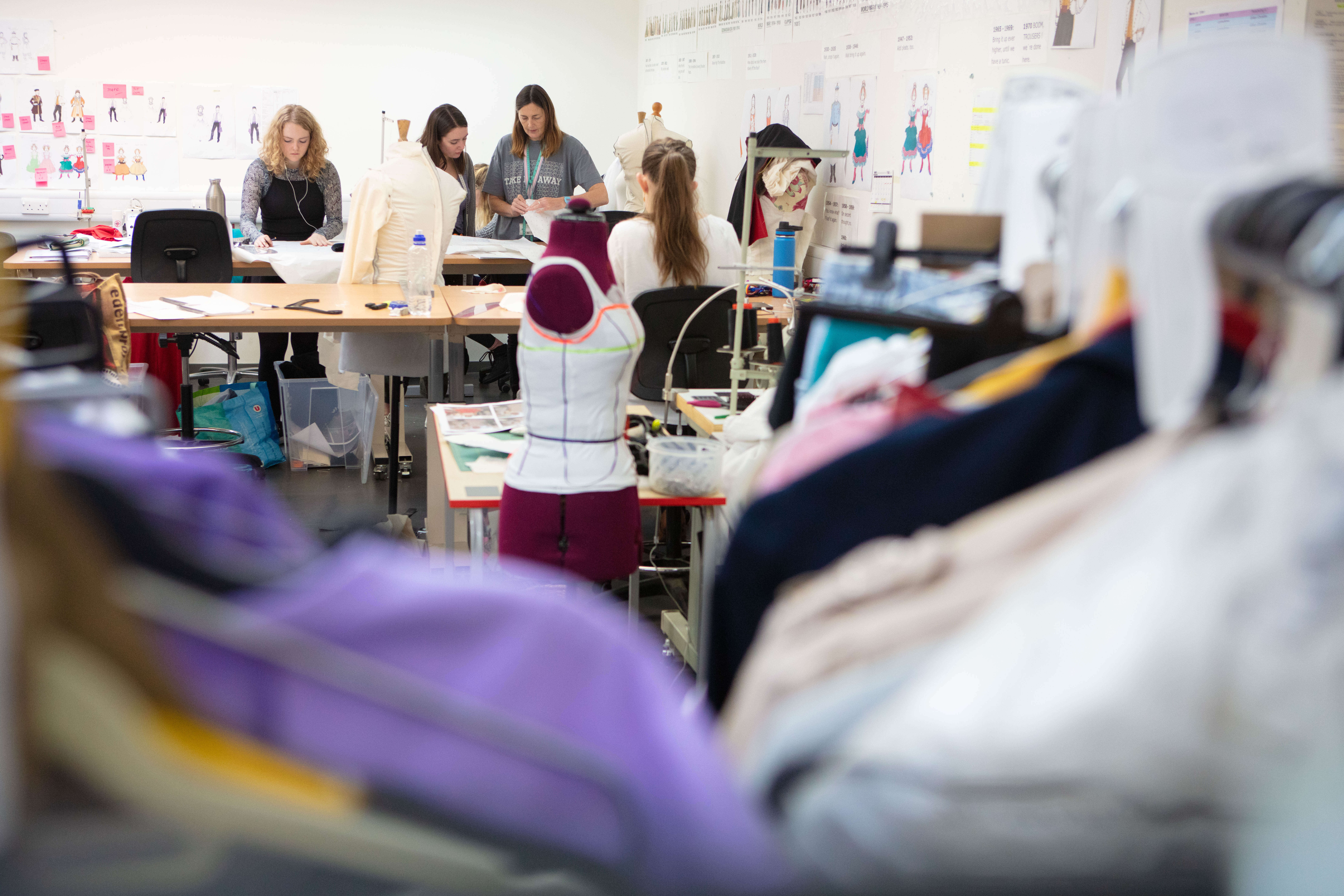 The BA Production Arts and Design degree is tailored to aspiring scenic artists, prop makers, stage carpenters, costume makers and set and costume designers. First year students spend time gaining experience in other production arts disciplines and on a design project in set and costume, before concentrating their efforts on their core subject.

“As the students progress to years two and three, they have responsibility for taking costume designs from ”˜page to stage’ and they’ll also work backstage in dressing. In third year, they’lltake on work placements with recent destinations including New York Theatre Workshop, Melbourne Ballet, Scottish Ballet, National Theatre, National Theatre of Scotland, Young Vic and the Royal Opera House.”

Students regularly work on film, TV and theatre productions during their studies and tutors are actively involved in the industry. This real work environment ensures a seamless switch when they graduate. So where do they take their talents?

“Traditional theatre work remains a staple while others have set up their own companies in bridal, dancewear and ethical fashion,” says Christine.

“TV and film is such a popular route and graduates have worked on TV series including Game of Thrones, Peaky Blinders, The Crown, Outlander, Shetland and Hollyoaks. Graduates and students have also been involved in recent films Robert the Bruce, The King and Outlaw King. It’s great to see the progression from nervous first years to confident graduates and to follow their progress into successful careers.

“We all love our wardrobe family we’ve created over the years.” 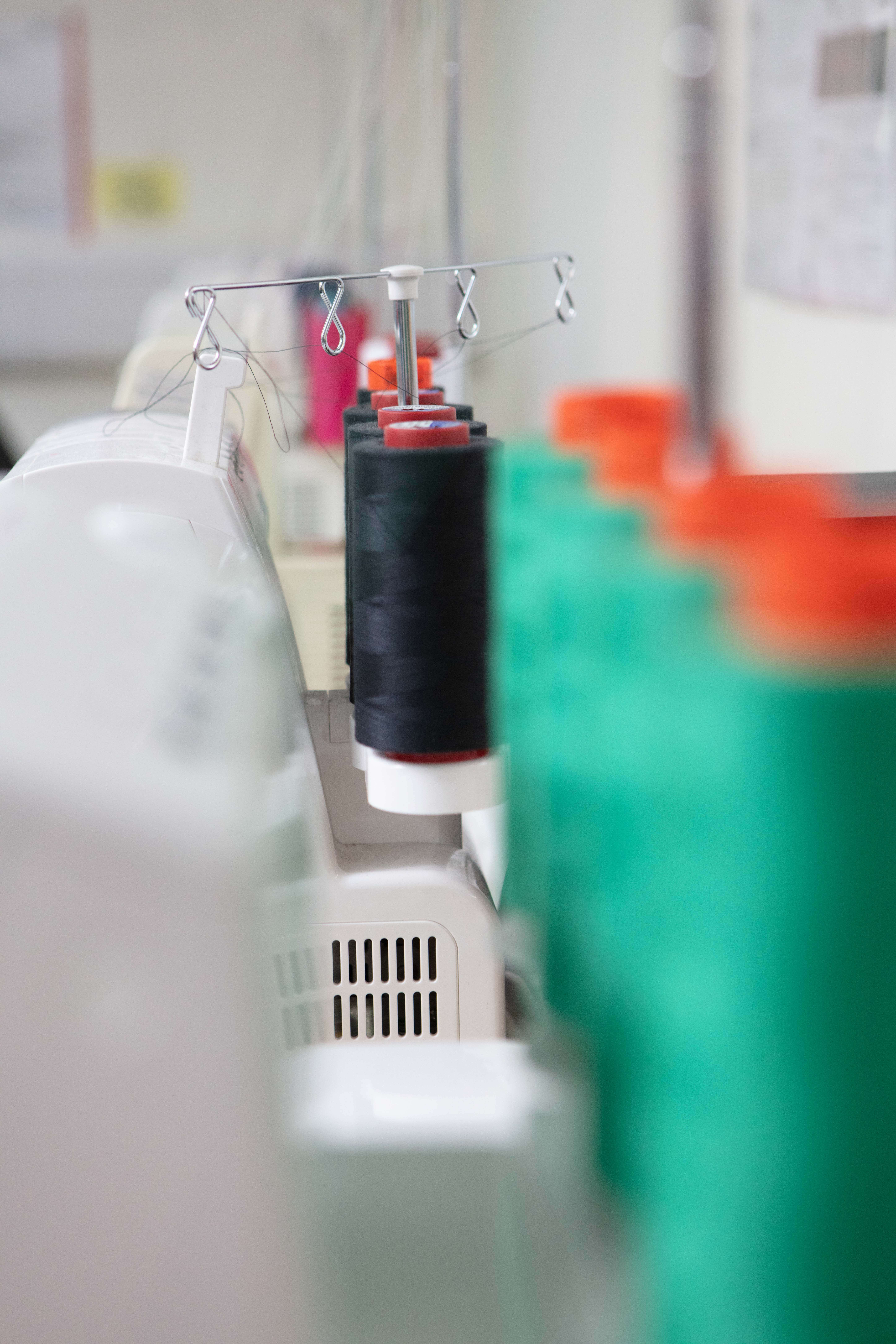