A Glasgow cinema with a koi carp pool, palm court foyer and a chamber ensemble? Dr Andy Dougan, RCS lecturer in Film Studies, isn’t missing the multiplex but he does pine for the picture houses of the past.

It came as no surprise that cinemas were among the first casualties of the new normal in which we find ourselves; all those people gathered in the dark is hardly conducive to social distancing. What did come as a surprise is how little I have missed them. Going to the pictures is far down the list of things I’m pining for. 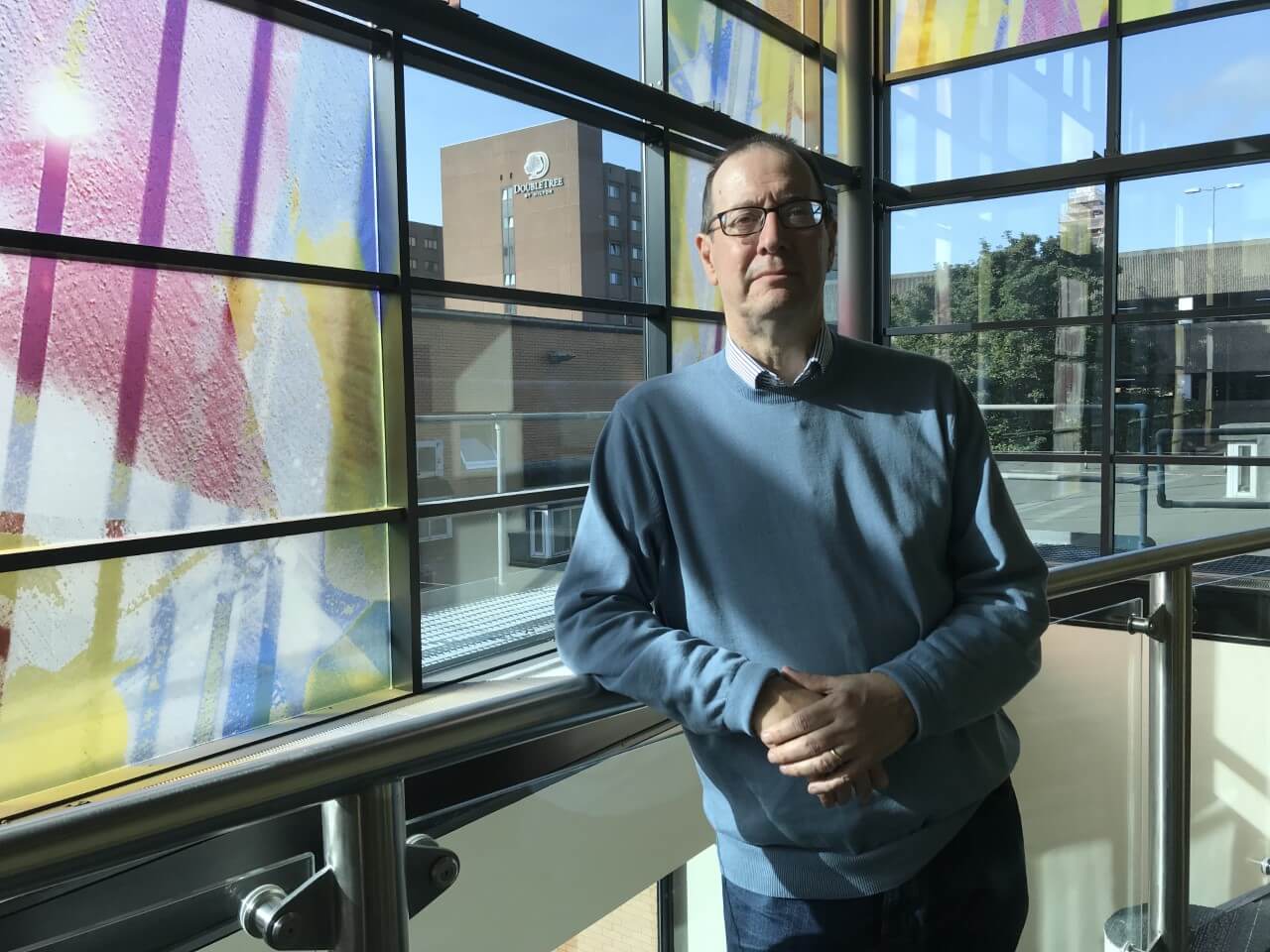 As someone who went to his first cinema almost 60 years ago, I was a little taken aback by that. On reflection however I find that, to paraphrase a well-worn political cliché, it’s not me that has changed it’s the cinemas. Cinema-going has become purely transactional now; we pay, they screen. That is both a blessing and a curse and may yet change the nature of our relationship with the multiplex.

In short, cinema-going has lost its magic for me; there is no sense of eventfulness in going to the cinema anymore. It’s all about the movie when it used to be all about the experience.

I researched early cinema in Glasgow for my PhD thesis and one of the pleasures of that work was in recalling my own memories of having visited venues which had been there from around 1910 until, in some cases, the present day while they were still functioning cinemas.

The buildings remain but they have now been repurposed. A game I play with myself whenever I’m in a new town or city is to wander along main streets to see if I can spot the buildings that used to be cinemas the architecture is a dead giveaway.

These were more than just receptacles for the screening of moving pictures. These were spaces which resonate strongly in our collective cultural memory. The American academic Robert C. Allen has written extensively on the movie-going experience and in his view the theatre was often more important than what was screening. This was especially true in the days when going to the cinema was a habit and programmes changed twice or three times a week. 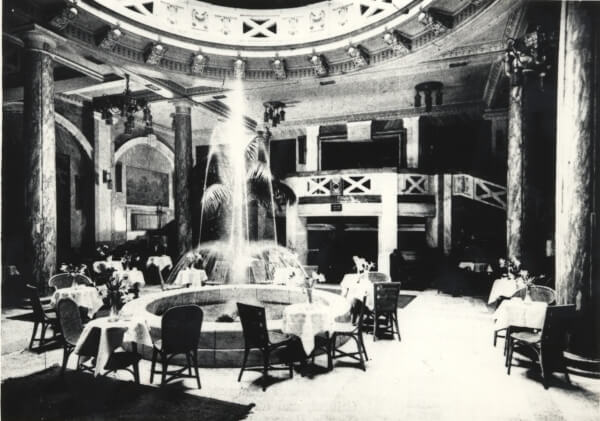 Take the Picture House in Sauchiehall Street for example (above). It featured liveried staff in a palm court foyer with a koi carp pool and a chamber ensemble; and all this was before you had even got into the exhibition space. When it opened in 1910 it was the last word in luxury.

This is what Allen means by the movie-going experience. It is the transformation out of the mundane, the transportation from tenement streets to a world of faux opulence and imagined luxury. The feeling that, for a few hours at least, we were in a dreamscape all our own.

Everything played its part. The cinema pianist or organist and for grander venues an orchestra was essential to creating the mood along with appropriately ambient lighting. The projectionist played a big part too.

The classic Hollywood narrative is an immersive experience; full frame, wide screen, and deep focus, based on the conceit that the audience should never see a blank screen. So, the music would stop, the lights would dim, and the curtains would part, but only a few seconds after the projector had started so the first thing the audience saw was a studio logo as an introduction to a world of wonder.

Compare that with the modern experience of walking into a harshly lit space with a giant white rectangle dominating one wall in an atmosphere redolent with the smell of fast food and popcorn. Daylight has well and truly intruded on the magic. 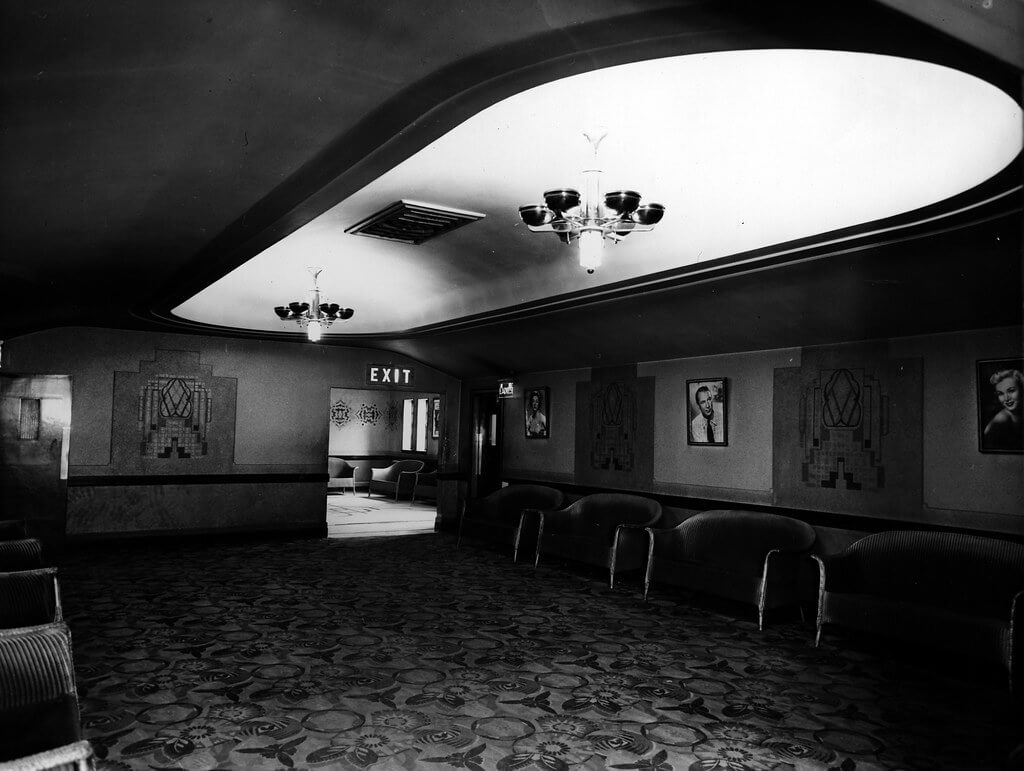 Princes Cinema in Springburn with its Art Deco interior

I have no memory of my last visit to a cinema, probably Cineworld in Renfrew Street, but I have vivid sense memories of the picture houses of my childhood.

There was the Princes in Springburn (above) where I did most of my movie-going with my late father, the George at Charing Cross (below) or the Carlton in Castle Street were our back-up venues. 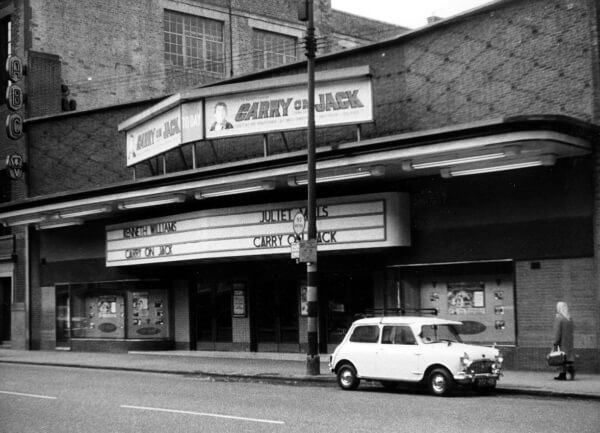 The George at Charing Cross 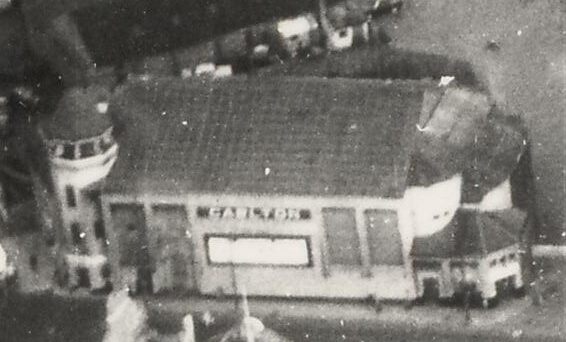 The Carlton in Castle Street, Townhead

I have only to hear Charmaine by Mantovani and his Orchestra the pre-screening mood music at the Princes to be instantly transported to a world of ruched curtains and soft pastel uplighting.

Then, for special occasions and ”˜big pictures’, the Coliseum in Bridge Street and its 70mm screen, the Odeon in Renfield Street which was the home of the Bond movies, and the Gaumont in Sauchiehall Street where The Sound of Music played for more than two years.

Even the humblest cinema in any part of Glasgow aspired to some degree of luxury. Most of these were the work of Albert Victor Gardner an architect who helped design Westerton Garden suburb before turning to cinemas.

Gardner specialised in creating original design and imaginative exteriors while staying on a modest budget. This was achieved by having interiors that were generally more utilitarian and less ornate than their often-elaborate facades.

His first purpose-built cinema in 1911 was the Majestic in Govanhill on the South Side of Glasgow which was described as a hybrid of French chateau Renaissance and Glasgow Style modernism. Gardner’s great influence was Frank Lloyd Wright and, whenever he could, homages to Wright were included in his designs. The reclining armchairs and vibrating seats of modern cinemas seem a little crass by comparison.

Who knows when cinemas will reopen? I would suggest there are going to be all sorts of knock-on effects when they do.

Most of this year’s big releases have been shelved, by as much as a year in some cases, which means there will be a stockpile of inventory. This is a cost since the effect of having a $250 million film sitting in the vault not making any money will impact a studio’s bottom line. Inevitably that means fewer films in production next year.

Those films that have not been postponed, like the new Trolls movie, are being released on streaming or Video on Demand services. They might charge as much as £20 per screening but for a family of four that’s still a big saving and this is what will hit cinemas hardest.

Cinemas make very little money, relatively, from the ticket price. The real money is made at the concession counters; the profit margin on popcorn, for example, is eye watering. So, if people are watching movies at home that means cinemas are not only missing out on ticket sales but also the more important snack sales.

Where does this leave cinemas? I honestly don’t know, no one really does. But for the studios it remains transactional, you pay your money and they’ll screen a film. But the location of that screen could be up to you.

Images from the Scottish Cinema Database at www.scottishcinemas.org.uk where you can find details of old cinemas in your area.

Dr Andy Dougan is part of the BA Filmmaking faculty at RCS. The BA Filmmaking programme is a scripted, drama-based, practical degree course aimed at those who are passionate about storytelling in cinema and television.