The Weekend Read: Learning from the Best

A key element of life at the Royal Conservatoire of Scotland is the chance for students to work with professional artists from around the world, the performers and industry experts at the top of their game. It demonstrates why RCS is a place like nowhere else. Linda Robertson reports.

A Golden Globe winner and one of Time magazine’s most influential people, an internationally acclaimed violinist, a Hollywood composer and a global TV star, they are just a few of the famous faces who have shared their passion, experience and expertise with Royal Conservatoire students.

From Creative Conversations and Q&As to masterclasses and lessons, students benefit from exclusive access to some of the biggest and best names in the industry. Take, for instance, two high-profile acting graduates returning to their roots in the space of a couple of months.

“What advice would I give to students? I still feel like I am a student,” laughed Richard Madden following his RCS Creative Conversation. In a candid hour-long chat with his former tutor Joyce Deans, Head of Acting, he talked about his rise to fame, including being part of one of TV’s biggest hits, the multi-award-winning HBO fantasy epic Game of Thrones.

Richard starred in BBC drama Bodyguard, which earned him the Golden Globe for Best Performance by an Actor in a Television Series Drama, and Time magazine named him one of 2019’s most influential people in the world. He switched to the silver screen for the Elton John biopic Rocketman and appeared in World War One drama 1917 with Benedict Cumberbatch, Colin Firth and Mark Strong, written by Sam Mendes and Krysty Wilson-Cairns, a fellow RCS graduate.

Despite the acclaim and awards, he says acting means the learning never stops: “I think you’re constantly an actor-in-training, and that’s the kind of thing I’d want the students to take away. That’s why I wanted to study here as I was told I’d be an actor-in-training and I very much feel like I still am.”

He credits the Royal Conservatoire for giving him the tools to forge his career: “I feel incredibly lucky and privileged to have studied at the Royal Conservatoire. I wouldn’t be here without it, and the opportunities it gave me. It was a safe place to start studying my craft and learning how to be an actor.

“It took a long time for me to be able to call myself an actor, and it gave me the confidence to do that, by making me feel like I always was one.”

Graduate Sam Heughan, star of hit TV series Outlander, also received a warm welcome home when he held a Q&A for BA Acting students, on the same day that he accompanied RCS Patron, His Royal Highness, The Prince Charles, The Duke of Rothesay, on an official visit.

“It was really rewarding to meet with the students,” he says. “I remember when I was here, Robert Carlyle came in and spoke to us in second year. It was great to spend time with the students and hopefully answer some of their questions, maybe alleviate some of their fears and instil some key things I learned when I was here. But I know they’re in great hands, it’s a wonderful institution and the training is amazing.”

Sam has enjoyed continued success since graduating in 2003. He plays lead character Jamie Fraser in Outlander, based on the historical time travel book series. He co-starred as a secret agent in the comedy The Spy Who Dumped Me alongside Mila Kunis and Justin Theroux and is back on the big screen in Bloodshot, based on the Valiant Comics’ superhero of the same name. 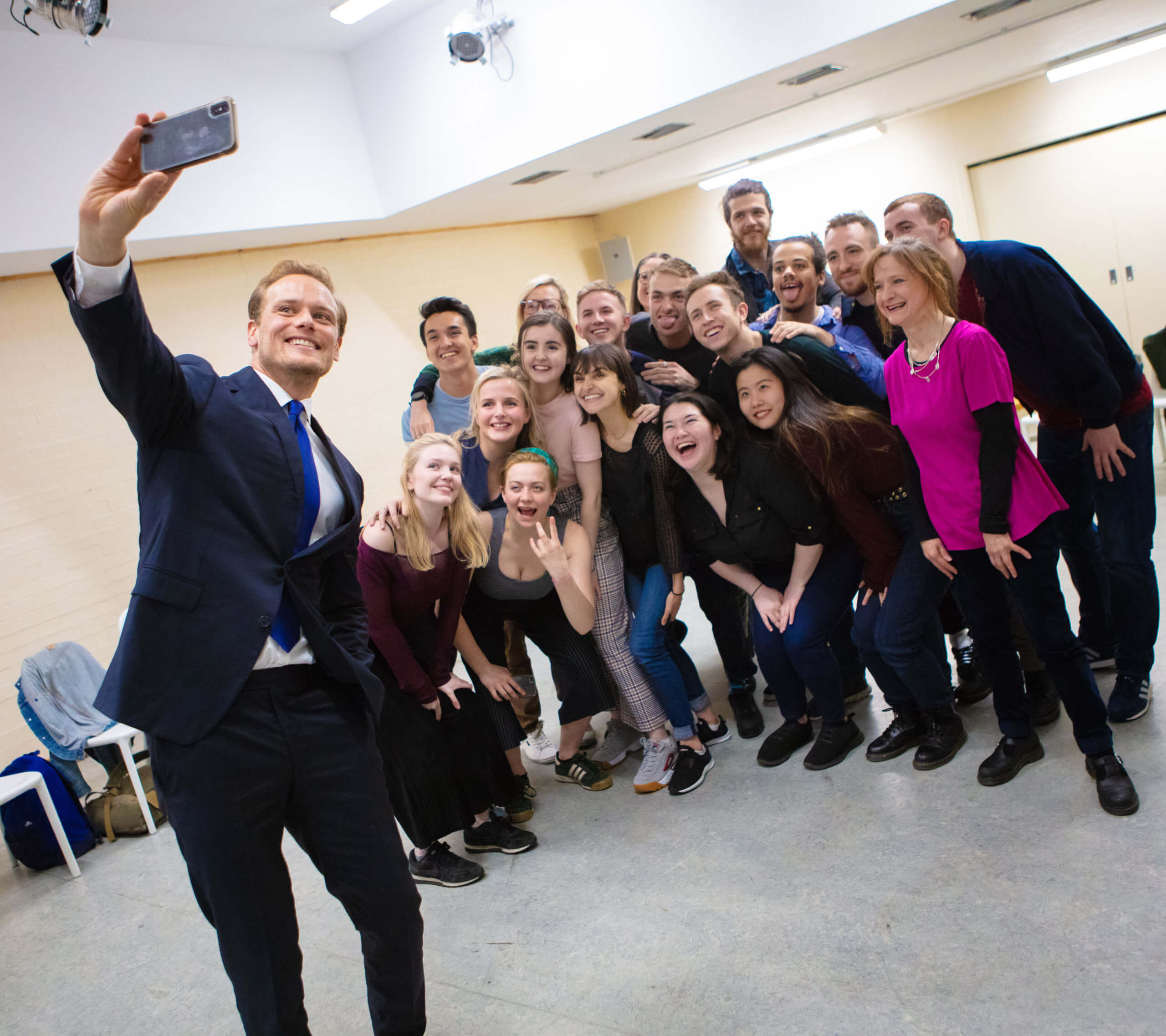 “It’s great to be back in these hallways, they have a lot of memories, and I saw my old tutors which was fun. I was part of a great year and made good friends here, we’re still very close.”

The Scottish Ensemble Babel Project Performance worked with around 40 Junior and Pre-Junior students in a series of interactive workshops in composition, improvisation and performance, which closed with a public concert. 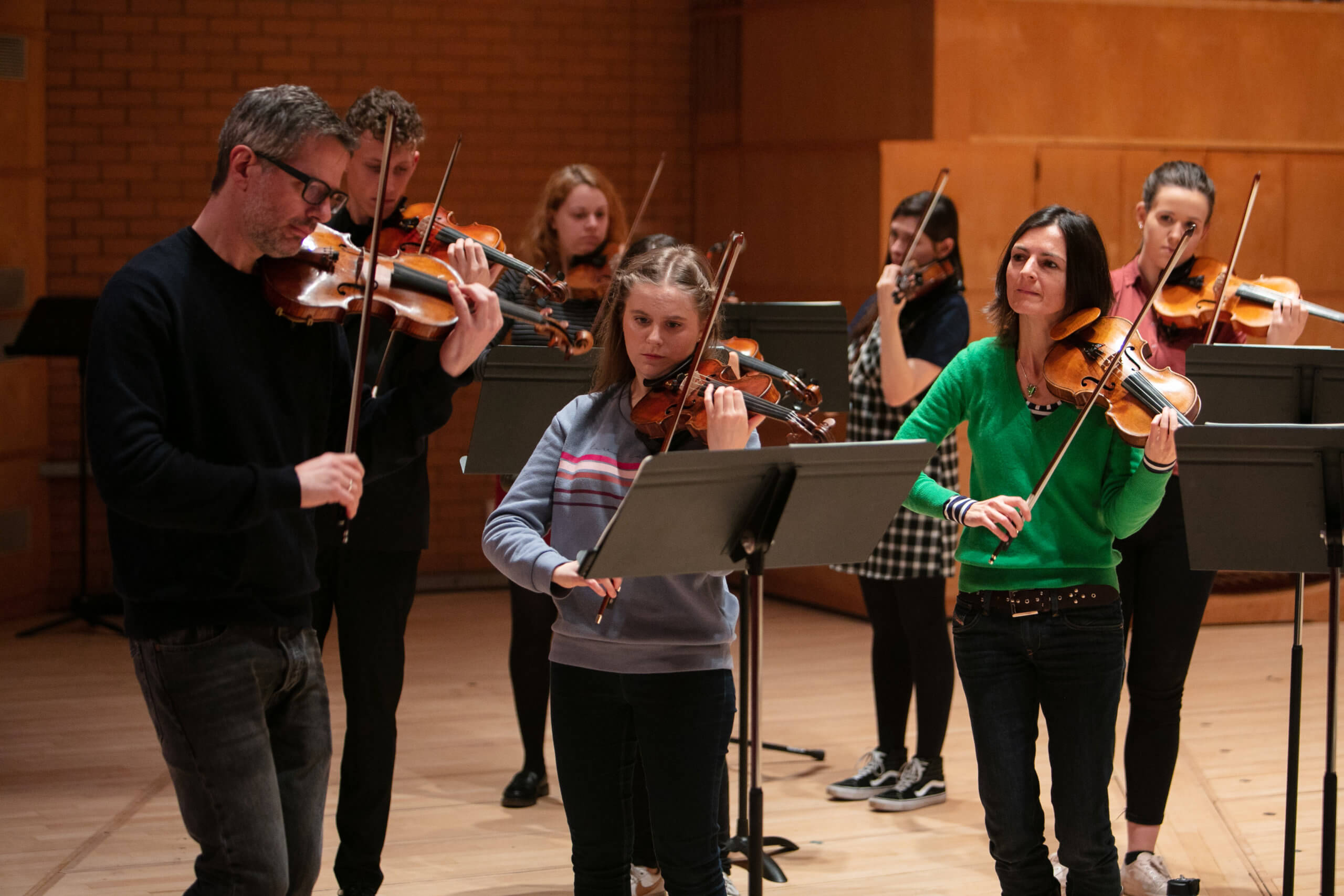 “Connecting young people to the transformative power of making music is more important than ever, and it was an enriching educational experience. Students learned from the best, from artists at the very top of their disciplines.” 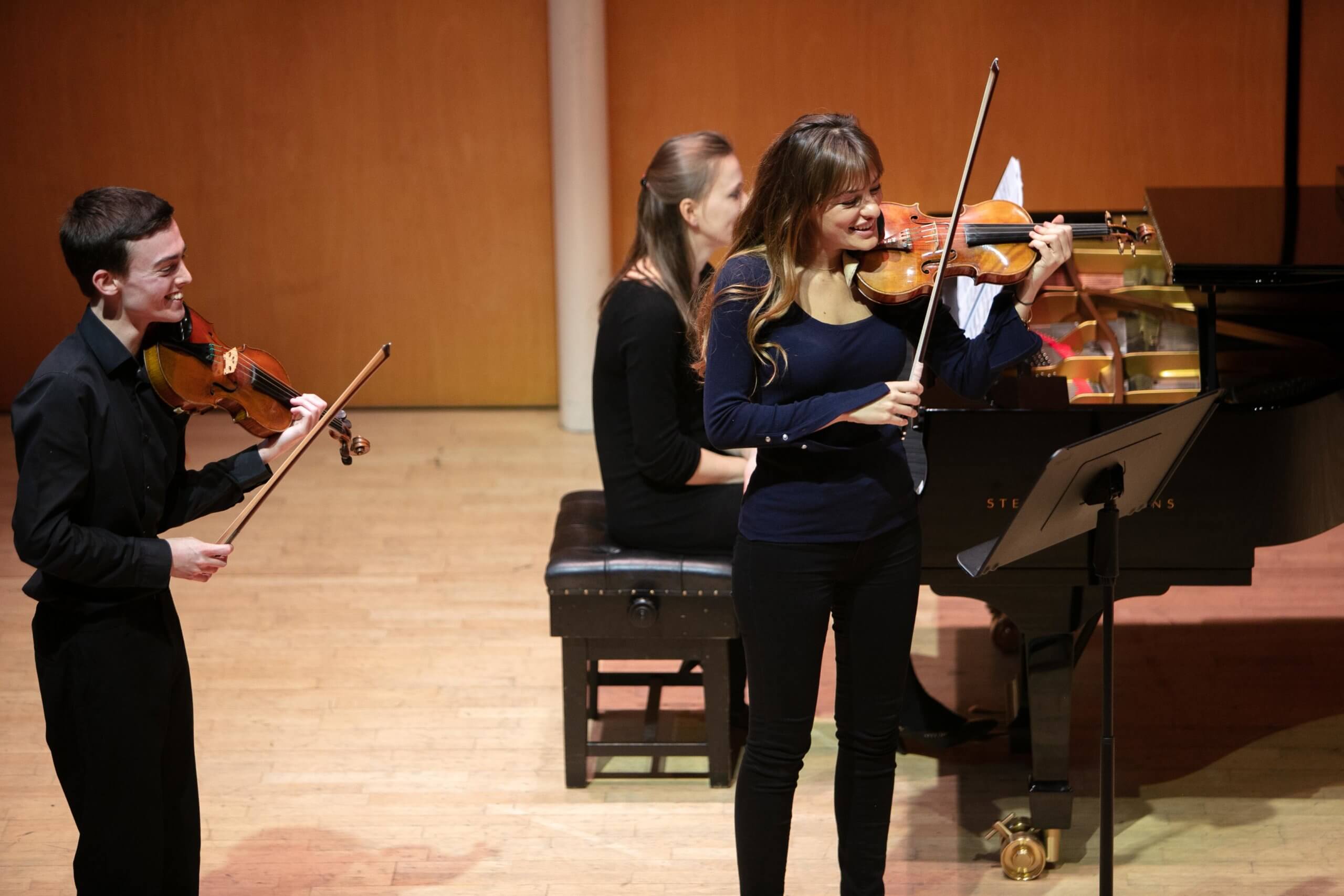 “I love to hear young people play and to see what they’re creating and focusing on,” says Nicola Benedetti. “In a masterclass, I concentrate while they’re playing and pick up on a succinct number of things that we can work on, discuss or draw their attention to. I hope that they leave with something tangible that they can remember.”

Nicola passionately champions music education and the development of young talent: “I advocate all the time for music education on so many different fronts, whether it be sourcing people who have a real aptitude for music and a love for it, that can’t necessarily afford to pay for private lessons themselves, and that we have the best quality music tuition available for the largest number of children.”

It was a busy week for BA Modern Ballet students when they worked with two guest choreographers on exciting new choreographies. Scottish Ballet soloist Jamiel Laurence created a ten-minute piece for the second years in collaboration with folk artist Jarlath Henderson, which was performed at the City Halls on Burns Night as part of Celtic Connections. 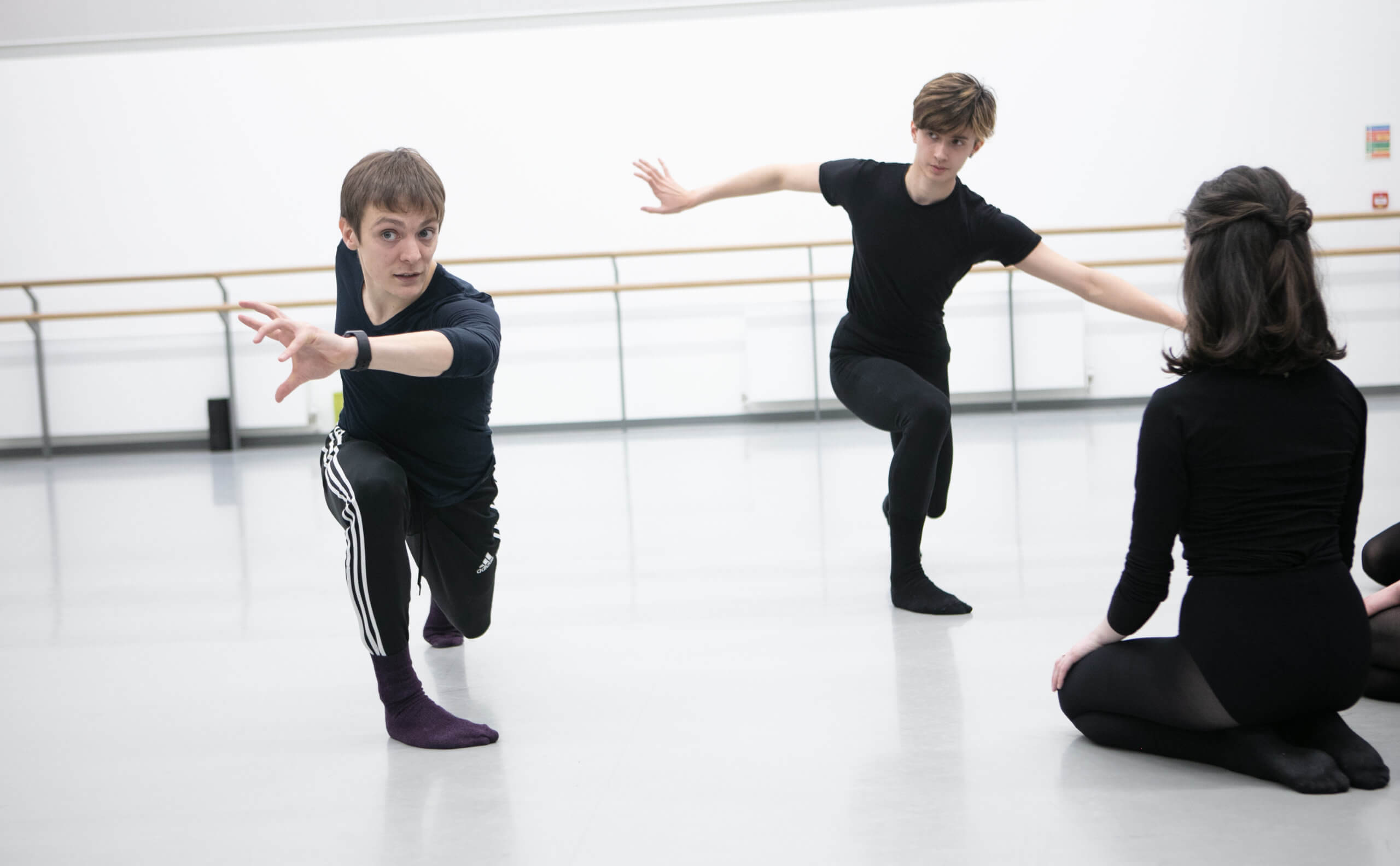 “This is the second time I’ve worked with RCS BA Modern Ballet students and what I really enjoy is helping the students to discover, for themselves, the strengths that they don’t yet know they already have,” says Jamiel.

“When I ask the students to move a certain way, and then they react in an entirely different way, together we discover the most exciting places in which we can live creatively.”

The exchange programme with Ballet Divertimento in Canada continued and Owen Montague, ex-principal dancer with the National Ballet of Canada and a member of the artistic staff at Divertimento, visited from Montréal to create a piece that was unveiled at the ballet graduation show in June, which the students also performed in Montréal. 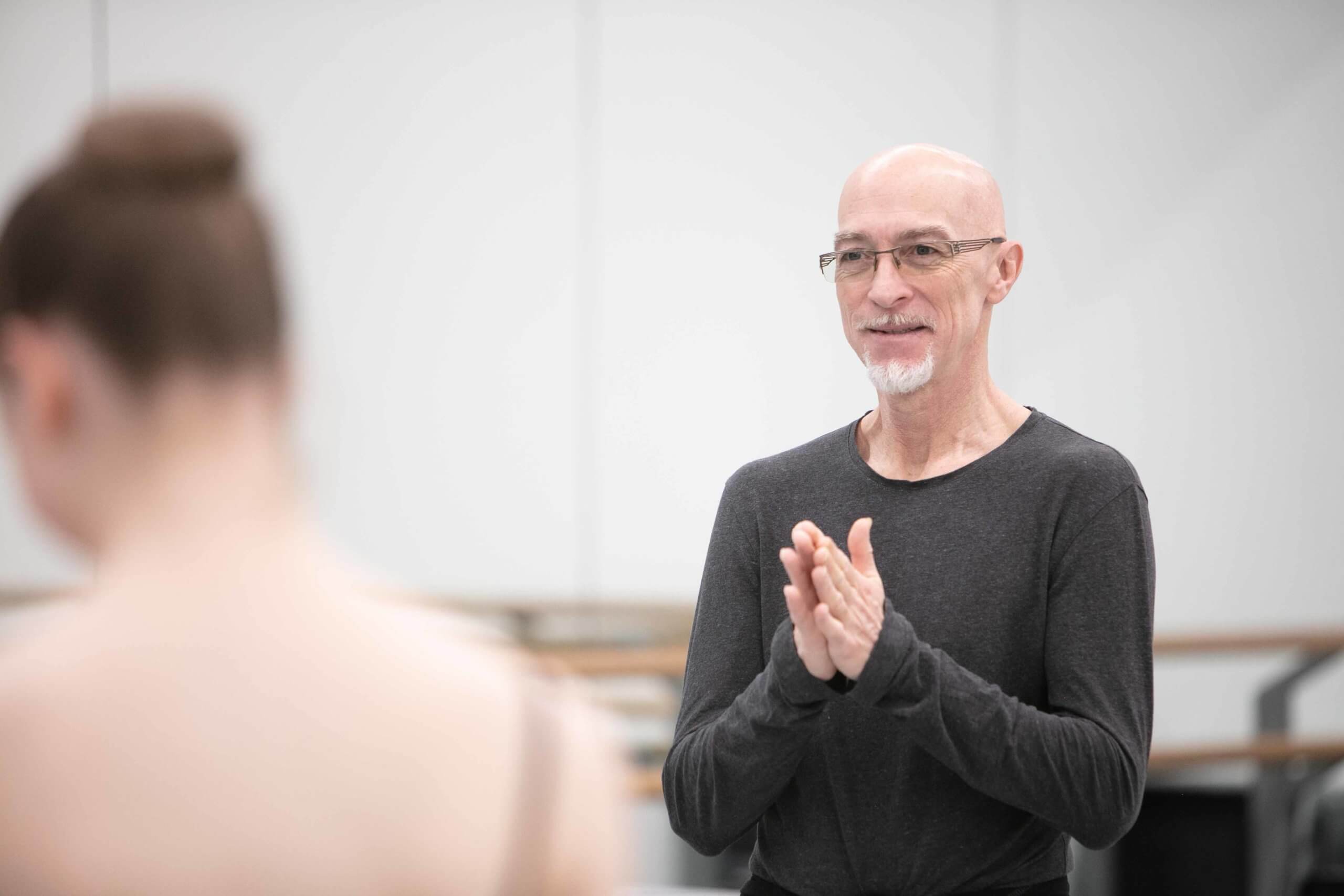 Owen Montague, ex-principal dancer with the National Ballet of Canada and a member of the artistic staff at Ballet Divertimento. © Robert McFadzean

“The students are very open, they’re not shy and I feel like they’re coming to express themselves in their own way, which is what I want them to do. It’s very exciting to see that process,” says Owen. 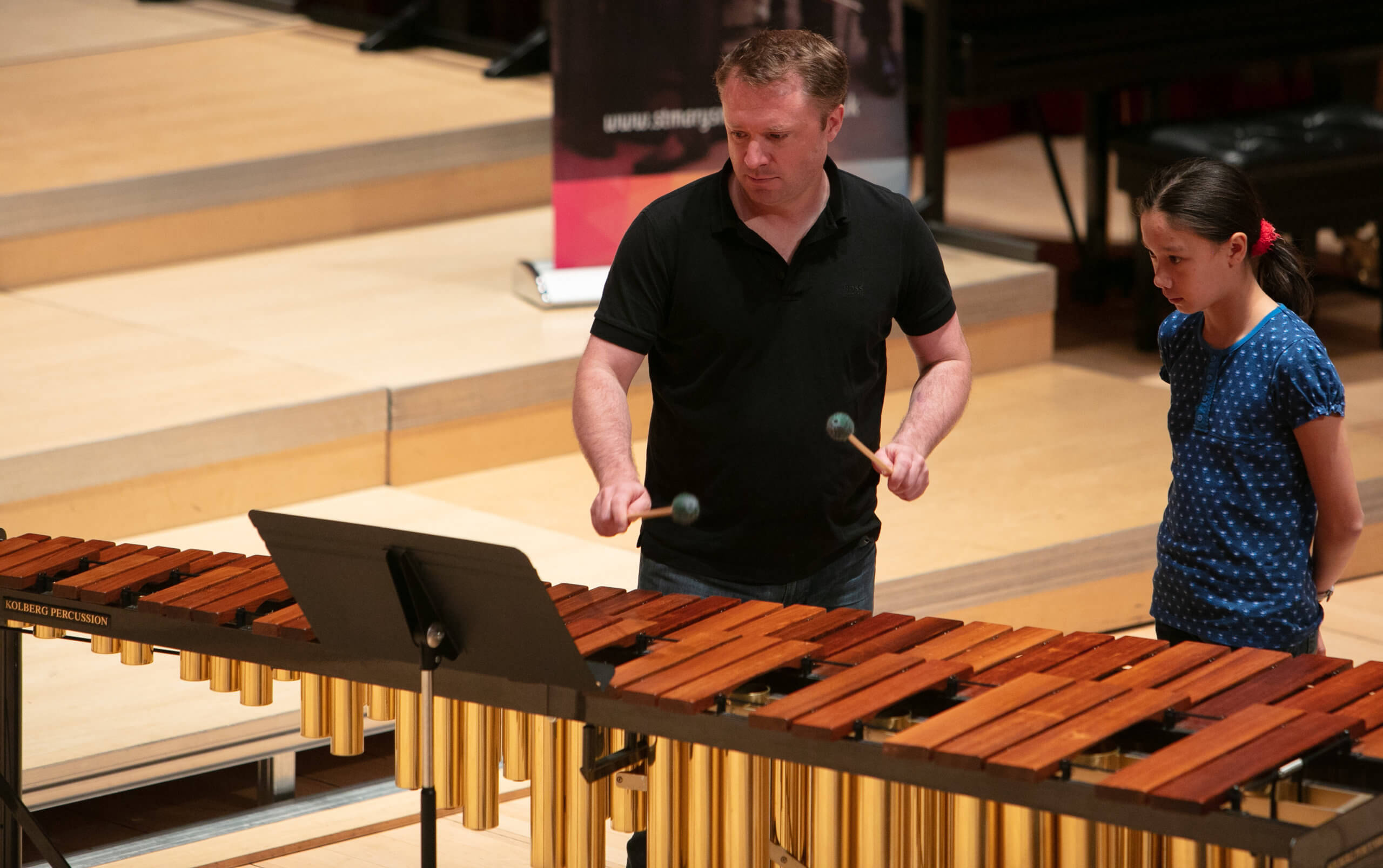 Filmmaking and Composition students enjoyed a masterclass with film composer Paul Chihara, whose concert works have been performed extensively across the US and Europe, and who has written scores for more than 100 films and television shows.

“Paul gave the students a real sense of the importance of the relationship between the composer and the filmmaker,” says Dr Andy Dougan, who hosted the session in the Fyfe Lecture Theatre. “He was also very pleased to hear that our final-year films are scored, and that we work very hard at collaboration.” 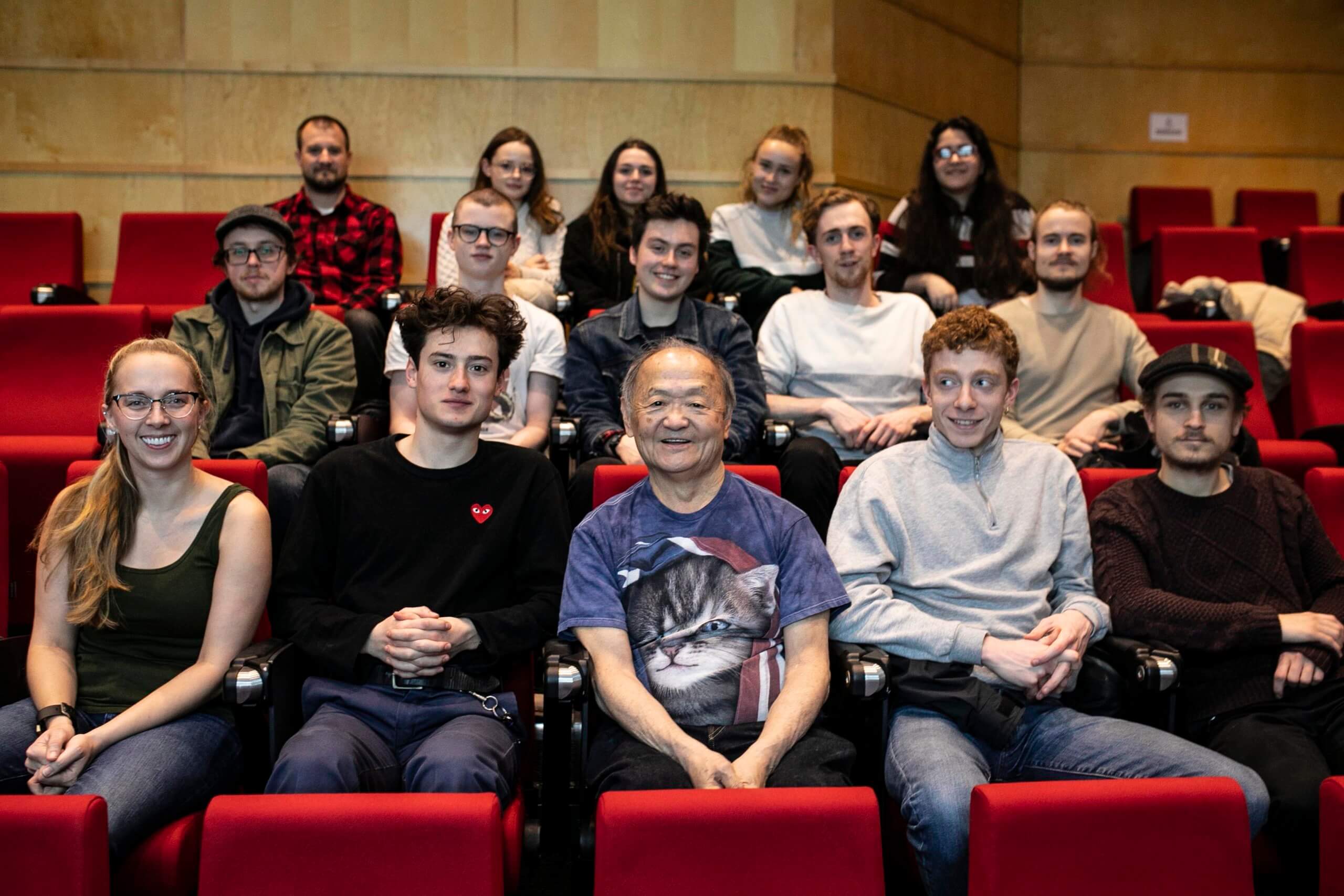 “There’s a real family atmosphere when you get here,” he says. “The students are all really keen and they’re eager to learn, which is fantastic.”

Find out why studying at the Royal Conservatoire of Scotland is Like Nowhere Else in the new prospectus and campaign video.