In September 1976 Andy Downs arrived in Glasgow from Belfast, having successfully auditioned for the three-year Acting course at the Royal Scottish Academy of Music and Drama.

Immensely popular with his fellow students, 20-year old Andy soon found his feet and flowered as an actor, giving memorable public performances as Yepikhodov in The Cherry Orchard and Touchwood in The Double Dealer.

In 1978 he appeared in an acclaimed student production of Two Gentlemen of Verona at the Edinburgh International Festival in which he was singled out for praise by the critic Owen Dudley Edwards, writing in The Scotsman of his “grand and ridiculous” Thurio.

In his final year at the RSAMD, Andy excelled as Macbeth in a television production directed by the school’s Head of Drama, Edward Argent. He was also joint-winner of the Glasgow Citizens Theatre Award for best performance in a modern play for his unforgettably funny turn as Doctor O’Flaherty in Barrie Keefe’s A Mad World, My Masters; the judge was Giles Havergal.

Returning to Belfast in the 1980s, Andy worked extensively in the city’s vibrant theatre scene and also on television and radio.

His many credits include Jamsey in Murphy’s Law, Bramble in Eastward Ho!, Billy in Let the Good Times Roll, Father Kelly in All the King’s Horses, Mr Black in The Passing Day, Fazio in The Necromancer, Bucky in Dreamgirl, Charlie in Da, David in Death of Humpty Dumpty, Desmond in A Life, Roderigo in Othello, Drummel in Great Expectations, Octavio in Scappino, King Cuthbert in Sleeping Beauty, Red Hugh O’Donnell in The Queen’s O’Neill, Josiah in Forging Ahead, Lavage in Message to Neptune, David in Cry to the Hunt, Pope Innocent in Michaelangelo’s Slave and Zebulum in Joseph and the Amazing Technicolor Dreamcoat.

By all accounts Andy’s sublime performance as Herb in the Arts Theatre production of Godspell had the cast moved to tears each night along with the audience! Irish playwright Brenda Murphy held Andy in the highest regard; not only did he shine as an actor in the 1999 production of her controversial play Forced Upon Us but his personal commitment to the piece was a major factor in its success.

Andy finally settled in London, where he worked at the Tricycle Theatre, Kilburn and at the Wimbledon Studio Theatre.

Sadly, ill-health crept up on him but he was still able to work occasionally, giving a hilarious cameo performance in the popular ITV sitcom Mike & Angelo and concentrating on voiceover work.

Eventually, however, Andy was forced by circumstances to retire early from the job he loved so dearly. He spent his final years back home in Belfast, acting as a carer to his beloved mother Florence until her death in 2016.

Andy Downs is fondly remembered by everyone he encountered as a kind, warm and adorable man, an actor of great versatility with a true and rare gift for comedy.

He is survived by various family members including his uncle Jim and aunt Linda, who live in Glasgow. Andy had kept in touch with them ever since he first arrived in their city in September 1976, his eyes full of stars. 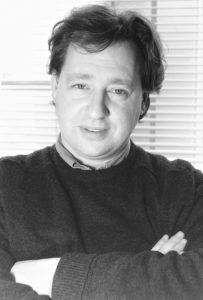