RCS in association with Solar Bear present The Assumption

The Royal Conservatoire of Scotland and Solar Bear were really excited to be bringing The Assumption to the Tramway stage as one of the first live theatre productions, with a live audience, since the Covid-19 pandemic.

Due to the ongoing restrictions, this can no longer happen, but they are still delighted to be carrying on with the performances behind closed doors and premiering it online from 11 December.

The actors, creative and production teams have shown great creativity and resilience in this new way of working to be able to continue to create theatre. It may not be the live audience experience they had hoped for, but an exciting (and safe) theatrical experience none the less.

The Assumption is the brand-new play by celebrated Scottish playwright Douglas Maxwell. Set in WW2 this Gothic thriller is performed by the final year students of the groundbreaking BA Performance in British Sign Language and English programme, the only course of its kind in Europe for D/deaf* performers. The production will be performed in mixed language – British Sign Language (BSL), English and captioned throughout. 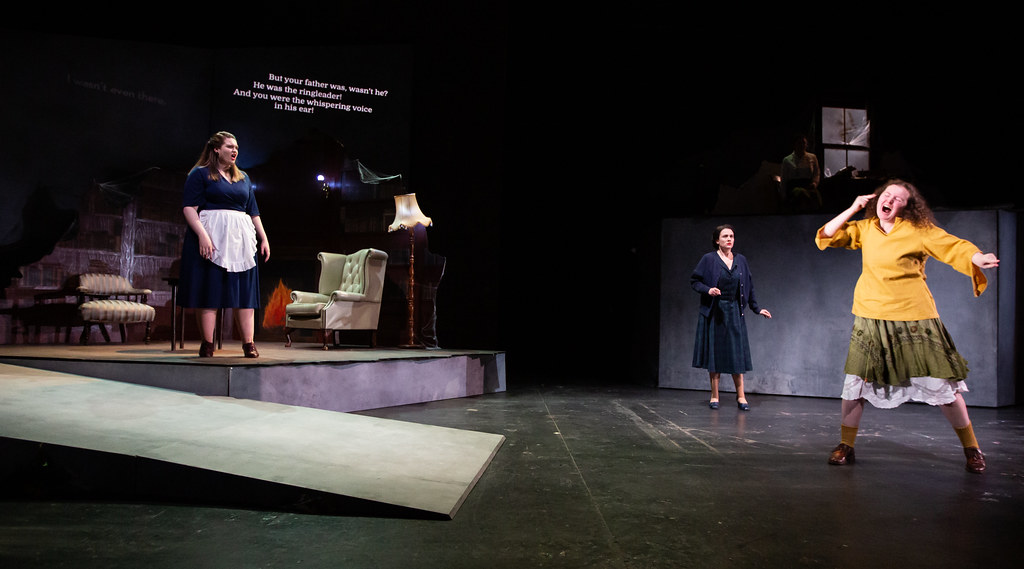 The Assumption is a story about art and violence, war and justification, a prisoner and a haunted renaissance painting. In the darkest days of WW2, a remote country house in the wilds of the Scottish Highlands is requisitioned by the British Government for a secret operation.

The house is crumbling, forgotten and hard to find.  What they plan to do in this lost and abandoned castle may be brutal and sinister, but there’s also a real chance it could bring the entire global conflict to an end.

Douglas had originally written The Assumption before Covid-19 had affected everyone’s lives. This meant that it had to be re-imagined several times to keep up with the ever-changing restrictions – it started with a full cast on stage and a Scottish tour to restricted numbers of people and social distancing in the rehearsal room and on stage, wearing masks and a reduced/socially distanced audience in a large space. There was also the possibility that it may not even make it to the stage at all. 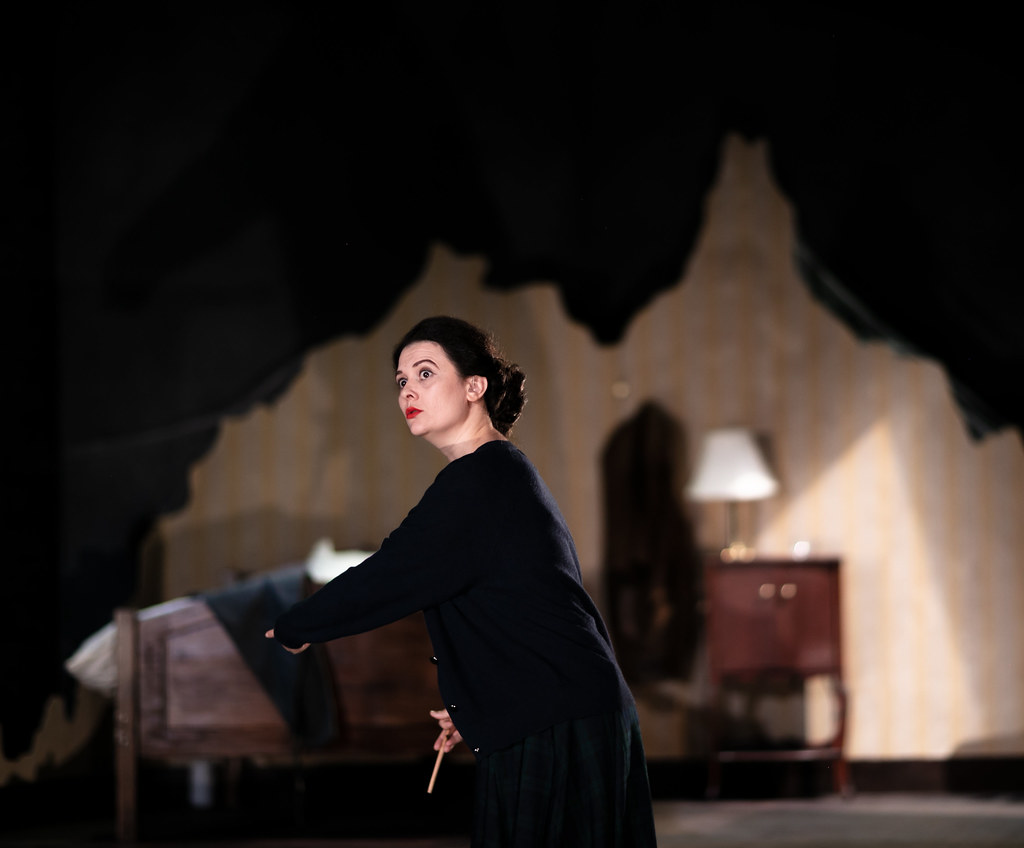 “I was asked to write this play by Claire Lamont who runs the BA Performance in British Sign Language and English course at the RCS and who I’ve known for a long time, said Douglas Maxwell.

“It was when Jon (Jonathan Lloyd, Solar Bear Creative Director/CEO) and I were working on the second draft that lockdown happened and all bets were off. The fact that this play was part of the students’ degree meant that we would have to do something with them – the process being as important as the show itself.  The tour was gone and the current play was unusable. So we went to version three. In the Gothic tradition, I refer to this as the Frankenstein Draft.

“A project like this is all about the students’ experience. I hope we can get it in front of an audience. Because that’s when the education really begins.”

The possibility of being one of the first productions to take to the stage in the post-lockdown era has brought many challenges to the creative team and cast who have had to create a brand new way of working, rehearsing and finally restaging. 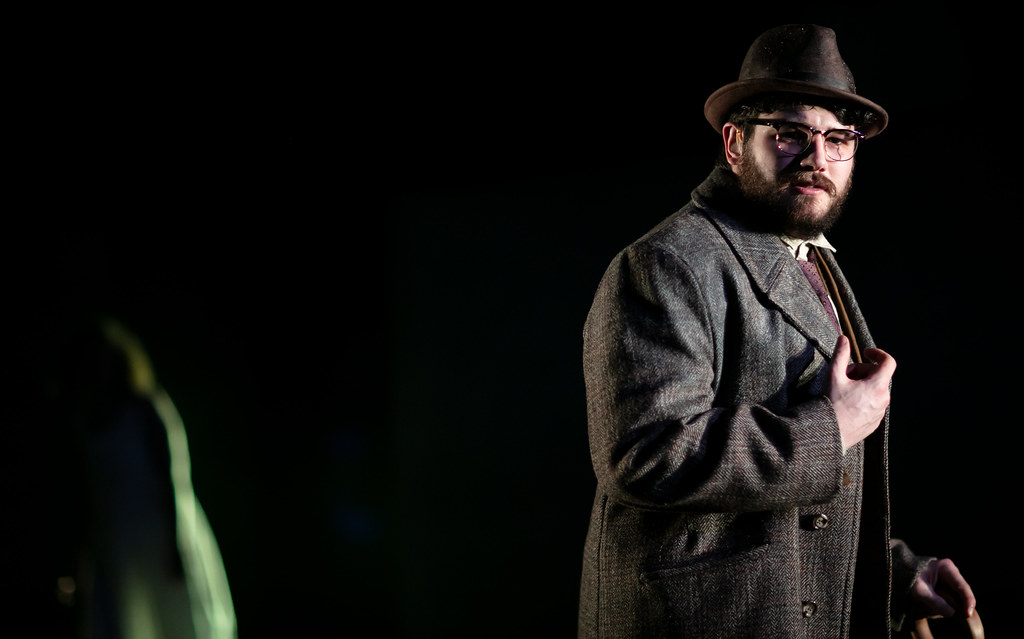 Claire Lamont, Head of the BA Performance in British Sign Language and English programme at the Royal Conservatoire of Scotland, said: “Now the need for stories, theatre and music feels more urgent than ever. Our desire to connect has arguably never been stronger, however, our arts and freelance community has suffered massive damage with the closures and interruptions of work on our stages and screens.

“As a community, we are desperate to get our theatres opened, audiences back into our spaces, freelancers working together with commitment and invention, and all this safely, respecting the changing situation we find ourselves in. We recognise the privilege in being one of the first to bring theatre to the stage. And, especially exciting for this to be with the world premiere of a new play, The Assumption by Douglas Maxwell, a thrilling piece that demonstrates the creativity of staging work across both British Sign Language and English.

“The BA Performance in British Sign Language and English programme at RCS is the only course of its kind in Europe and teaches students to be both actors and makers of work. Our students are some of the industry’s most exciting emerging artists, who bring a dynamic new energy and diversity to the stage.”

Petre graduated in 2018 and, in the same year, Macrobert created a 12-month BSL director trainee opportunity funded through Creative Scotland. The Assumption’s designer is Ruth Darling, a graduate of the Royal Conservatoire’s BA Production Arts and Design programme. Specialising in set and costume design, Ruth’s credits span theatre, film and opera. Ciaran Alexander Stewart, another graduate of the first cohort, is also part of the creative team, consulting on captioning. 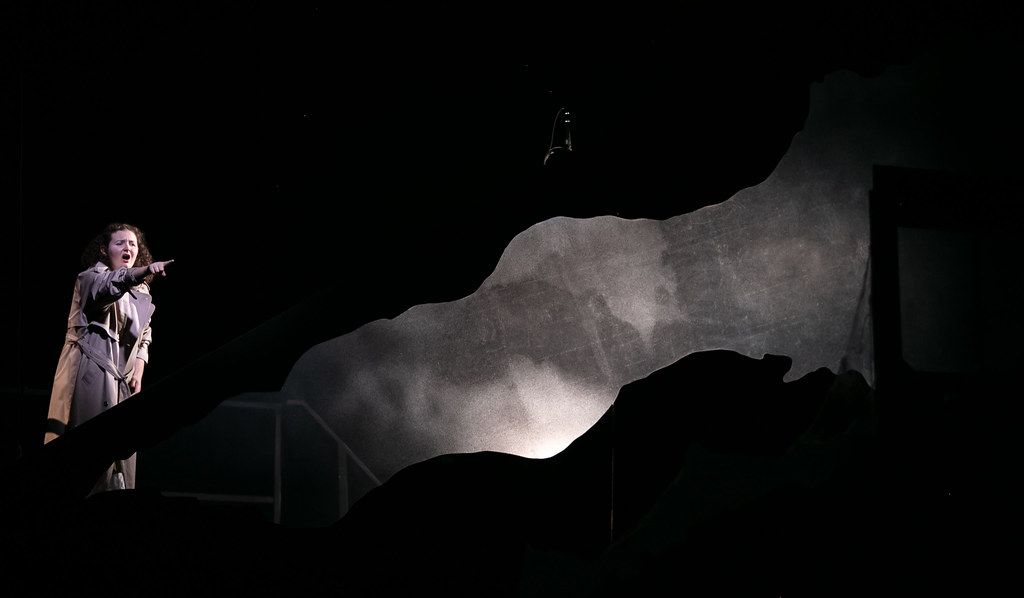 Since 2002, Solar Bear has established itself as a force of change within the arts sector. It works with D/deaf performers, D/deaf theatre makers and young D/deaf people to create new and inclusive theatre.

Jonathan Lloyd, Creative Director of Solar Bear, said: “The original play and our ideas for the production have been turned upside down over the last six months. It has been challenging, strange and inspiring to see it reconstructed and re-imagined. I am immensely proud of our team’s resilience and creativity and we hope that by gathering in a (large!) room at the Tramway with others, by sharing stories again, we can create a much-needed communal experience.”

The BA Performance in British Sign Language and English is an undergraduate degree that teaches students to be both actors and makers of work. It works with students who identify as D/deaf or hard of hearing, and want to perform or create work on stage and screen. This is a unique programme, the only course of its kind in Europe, which is breaking down barriers in the industry and opening up theatre to new audiences.

The programme has been developed in association with Solar Bear with input from a range of theatre, education and deaf professionals. It only recruits for students every three years and the next cohort is due to start in September 2021. For more information and how to apply, visit rcs.ac.uk/courses/ba-performance.

The Youtube premiere is Friday, December 11 at 7.30pm. Book at the RCS Box Office.