Fergus McCreadie is rapidly earning a reputation as one of the hottest properties in the Scottish jazz scene. The acclaimed graduate speaks to Mark Good about his student days, life on the road and why jazz musicians neglect a good tune at their peril.

Sit Fergus McCreadie near a piano and he needs no encouragement. Soon, the music starts to pour from his fingers, his head bobbing gently as he flies up and down the keys of the Steinway Grand piano.

The 22 year-old’s assurance at the instrument belies his humble, understated manner away from it. There is a clear contentment too. Leaving the safety blanket of RCS, as he did upon graduating in 2018, could have been a baptism of fire but this is a performer who is clearly taking everything in his stride.

“It’s been a good year, really hectic and busy,” says Fergus, who grew up in Dollar but now lives in Glasgow’s Southside.

“I’ve been gigging a lot with various projects and that’s inspiring. Playing a run of consecutive gigs with a band teaches you a lot, musically and about yourself.”

Highlights include the glowing reception for his trio’s debut album Turas, released in the twilight of his student days, which won Best Album at this year’s Scottish Jazz Awards, and was followed by an 18-date tour in the spring, taking the trio everywhere from Glasgow to Gothenburg. He also set off with Graham Costello’s Strata, which released its debut album in February.

Life on the road, playing to one crowd after another, is a joy for a musician – but it isn’t without its difficulties. On one occasion, Fergus was scheduled to return to Scotland from Oslo, a radio broadcast looming, when all flights were cancelled. Cue a night spent sleeping in the airport before returning at the crack of dawn the following morning. Another hairy experience saw Fergus and his band en route to a gig on the Isle of Mull. Unfortunately, the ferry departed early and, stranded on the mainland, things were looking bleak until the venue arranged a speedboat for a hasty voyage across the water.

“Those hardships can put a band through its paces,” he says, wryly.

“Luckily, we are all still friends after the stress.” It would take far more than some travel upheaval to dissuade Fergus from pursuing his enduring passion for jazz. His early training, though, came in a more classical setting. He duly acknowledges he ‘wasn’t really into’ piano to begin with but his parents encouraged him to persist. During those formative years, Fergus began showing signs of the path he was destined to take, leaning towards the jazz-flavoured pieces in his Associated Board grade exams. His teacher encouraged him to sign up for the Fife Summer Jazz Course, organised by Fife Youth Jazz Orchestra director, Richard Michael – and everything changed.

“Working with people from different musical cultures is a great way to gain a new musical perspective and that will benefit everyone involved.” Spearheading the scheme is Professor Tommy Smith OBE, Head of Jazz at RCS since the programmes inception in 2009. Fergus acknowledges that the influence of the saxophonist and educator on the Scottish jazz scene has been ‘huge’: “It’s hard to imagine what things were like in Scotland before the jazz course at RCS came along. “Without it, I can’t see the scene existing at all, at least as we know it.”

“I loved it and felt so at home. From then on, I knew I wanted to study jazz and RCS was definitely the best option. It meant I could stay in Scotland, surrounded by my friends and contacts, and study under some great musicians I had grown up admiring.”

Fergus studied under Paul Harrison and Tom Gibbs while benefiting from the expertise across the Jazz department’s teaching faculty. At every turn, he was given the opportunity to perform.

“I think RCS equips you with great teachers and great classes. Perhaps one of the main selling points is the fact that you’re encouraged to do everything. One year, I played in 15 students’ end-of-year recitals. That was probably too many but the experience shaped me as an artist.

“You learn how to stay on top of practising while playing a lot and maintaining a busy schedule. It also means you are immersed in so many different pieces of music.”
Fergus’ reflections on his student days come after RCS was announced as a founding partner in The Jazz Workshop, a new Europe-wide artist development programme funded by the European Union’s Erasmus Plus initiative.

Fergus believes the collaboration will only strengthen what is a burgeoning jazz scene in his home country: “The collaborative nature of The Jazz Workshop is invaluable. By its very nature, jazz is an extremely collaborative process.”

“Before, people went to London, Birmingham, Europe or the USA to study. Now, they can stay here and this has created a hub of Scottish talent. With so much collaboration, new music happens and people play together all the time, developing this unique understanding.”

“Jazz, in its essence, is about communication. What can happen is that they write this great tune which is really cool, but the primary focus goes from communicating with the audience – and each other – in favour of doing this outrageously hard ‘thing’. Communication is so important and that is underpinned by melody.”

Fergus will be doing plenty of communicating over the coming months. Material is in place for a second album and a tour with Matt Carmichael – a jazz student – and his own trio is preparing for a series of upcoming dates, including trips to Sweden and the Netherlands. It’s a hectic schedule but after coming to terms with planes, trains, automobiles – and speedboats– nothing seems to phase this rapidly emerging international jazz artist.

“I THINK RCS EQUIPS YOU WITH GREAT TEACHERS AND GREAT CLASSES. PERHAPS ONE OF THE MAIN SELLING POINTS IS THE FACT THAT YOU’RE ENCOURAGED TO DO EVERYTHING.” 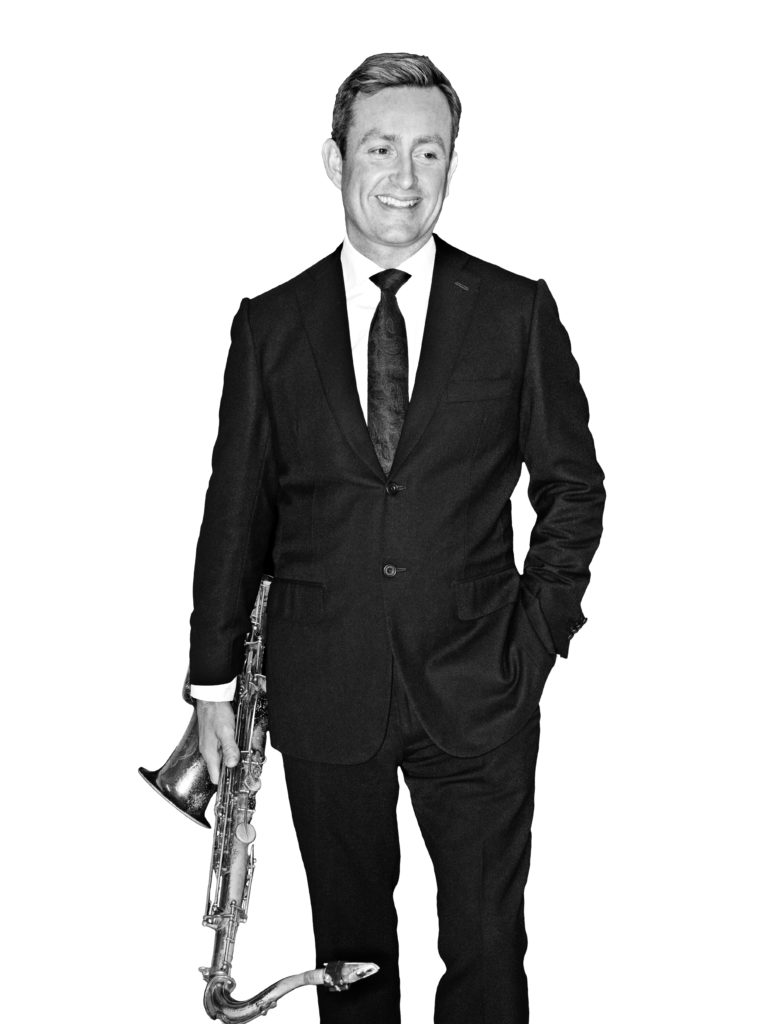 A new generation of world-class jazz musicians training in Scotland are at the forefront of an ambitious new Europe-wide artist development programme. The Royal Conservatoire of Scotland and Edinburgh Jazz and Blues Festival (EJBF) have joined with Europe’s leading jazz teaching institutions and festivals in a groundbreaking initiative that will see Scotland’s top young jazz musicians study and perform in Germany, Norway and Italy, as well as bringing some of Europe’s best young artists to Scotland to play and learn.

The Jazz Workshop is a three-year programme funded by the European Union’s Erasmus Plus initiative. This is the largest project of its kind which aims to build connections between leading music schools and festivals, bringing together education and the professional jazz industry in talent development.

“We are the only institution of our kind in Scotland and we are really happy to have been chosen. The Norwegians are the catalysts for the programme and we are very happy to be a part of it. With our guidance and their collaborations, students will use this experience to spread their wings across Europe because that’s what they have to do. Sometimes the borders between countries can be very big – you might not know the great players in Holland, England or Ireland – so getting to know those players and interacting with them is incredibly important.

“We have a small landmass in Europe, with so many languages, but this common language of jazz is what unites them. The young musicians who take part in The Jazz Workshop will benefit from a huge step forward. That European marketplace consists of hundreds of concerts, all there for the taking – they just need to get out there and do it.”

Fergus McCreadie is rapidly earning a reputation as one of the hottest properties in the Scottish Jazz scene.