Join us as we celebrate our 175th anniversary


Richard Madden celebrating with graduates in 2019 when he received an Honorary Doctorate.

175: Mondays at One – The Music of Learmont Drysdale

Marianna Abrahamyan (piano), Gina McCormack (violin) and students from RCS bring to life works by Learmont Drysdale, a composer celebrated in his own time but known by few today.

Join us for a celebratory and joyous choral performance directed by Andrew Nunn. The programme includes works by Ralph Vaughan Williams and Antonio Vivaldi.

Based on the Lover’s Scenes in Shakespeare’s ‘A Midsummer Night’s Dream’, Hermia’s Dream throws the play’s themes into a new light using movement, dance and Shakespeare’s words.

A group of RCS accordion students perform a programme including works by Bach, Zubitsky, and Tiensuu in this lunchtime concert.

Part of a trilogy of films written by Jean Cocteau, each of which has been translated into opera by Philip Glass, Les enfants terribles is written for four singers and four dancers and orchestrated for three grand pianos.

Filmed on the set of the BBC’s River City, the 10 minute opera film Ūhte, composed by student Henry McPherson and directed by RCS Head of Film Ray Tallan, tells the story of three magicians and the silence where magic was once found.

Bennett’s music, a virtuoso fusion of Celtic, Scandinavian and Islamic traditions with techno, breakbeat and hip-hop, has been orchestrated by violinist Greg Lawson, who also conducts the performance. Comprising around 80 leading folk, jazz and classical musicians, the GRIT Orchestra is a truly unique ensemble.

Over our ‘175 Week’ we put on some incredible events showcasing the work of students and staff at RCS. Thanks to these performances, we managed to raise £4,527.95 for our scholarship fund. Thank you to everyone who attended!

1886 – Drama is added to school curriculum

1944 – King George VI approves the prefix ‘Royal’ in recognition of the school’s international standing, making it the ‘Royal Scottish Academy of Music’. His wife, Queen Elizabeth assumed the role of Patron, a role she continued as Queen Mother until 2002

1950 – The Glasgow College of Dramatic Art is created

2002 – Upon the death of the Queen Mother, HRH, The Prince Charles assumes the role of Patron

In celebration of 175 years, browse our merchandise and take home a special anniversary keepsake. 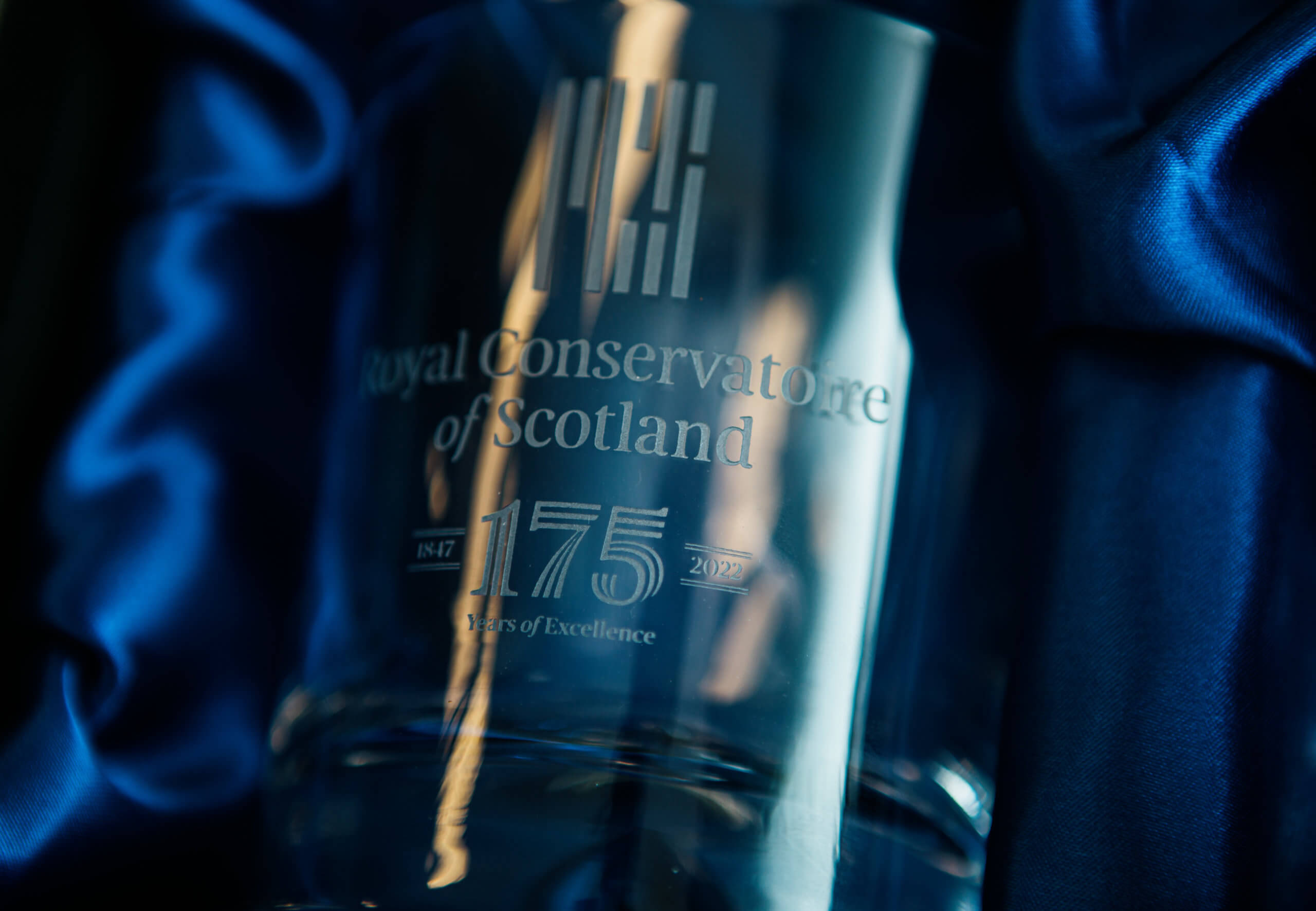 A visit to Archives and Collections is like taking a step back in time, at every turn there is something new and exciting to discover; interesting and unusual treasures from performance programmes, press cuttings and photographs alongside student and staff records, manuscripts and artworks.

Our archives are preserved by Stuart Harris-Logan, Keeper of Archives and Collections at the Royal Conservatoire.

Your support makes a huge difference and allows students from around the world to train at a world-leading performing arts institution.

Visit our Support Us page to find out how you can help.