A look back through our favourite Edinburgh Festival performances

More than three million people attend the festivals each summer and the historic landscape of Edinburgh makes for quite the cultural backdrop.

With no live performance taking place this year due to Covid-19 restrictions, it’s fair to say there is so much we miss about the Edinburgh Festivals. From amazingly unique performance opportunities to making your way up a buzzing Royal Mile; from meeting people who have travelled across the world to experience the Festivals, to running across the New Town to see a show you MUST see, there really is nothing like it anywhere else in the world.

We’ve looked back through the years and picked out some of our favourite RCS productions. Moments that have made us laugh, cry, and cemented our love of the festivals.

Have we missed out your favourite? Let us know: communications@rcs.ac.uk 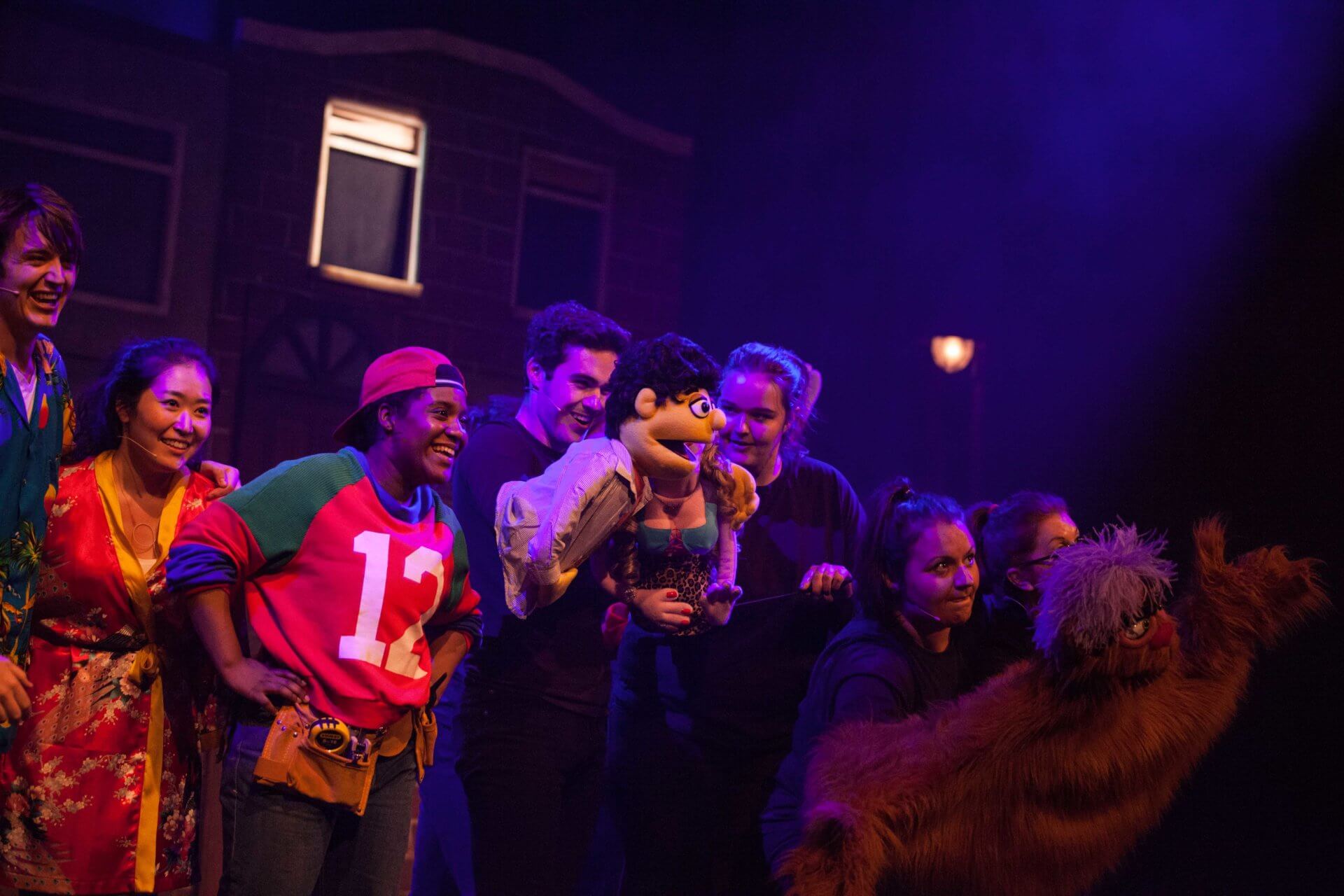 The hit musical Avenue Q had not long finished its West End run before RCS secured the rights to perform the show at the Edinburgh Fringe in 2013.

Audiences came in their droves to see this much talked about musical that delivered so many laugh out loud moments. As well as mastering choreography and vocal skills, MA Musical Theatre students also had to learn puppetry and how to control Trekkie Monster.

British Theatre Guide reviewed the piece saying: “Avenue Q by the Royal Conservatoire of Scotland is a superb production that deserves high praise and will leave you with a smile on your face long after you have left the theatre.” 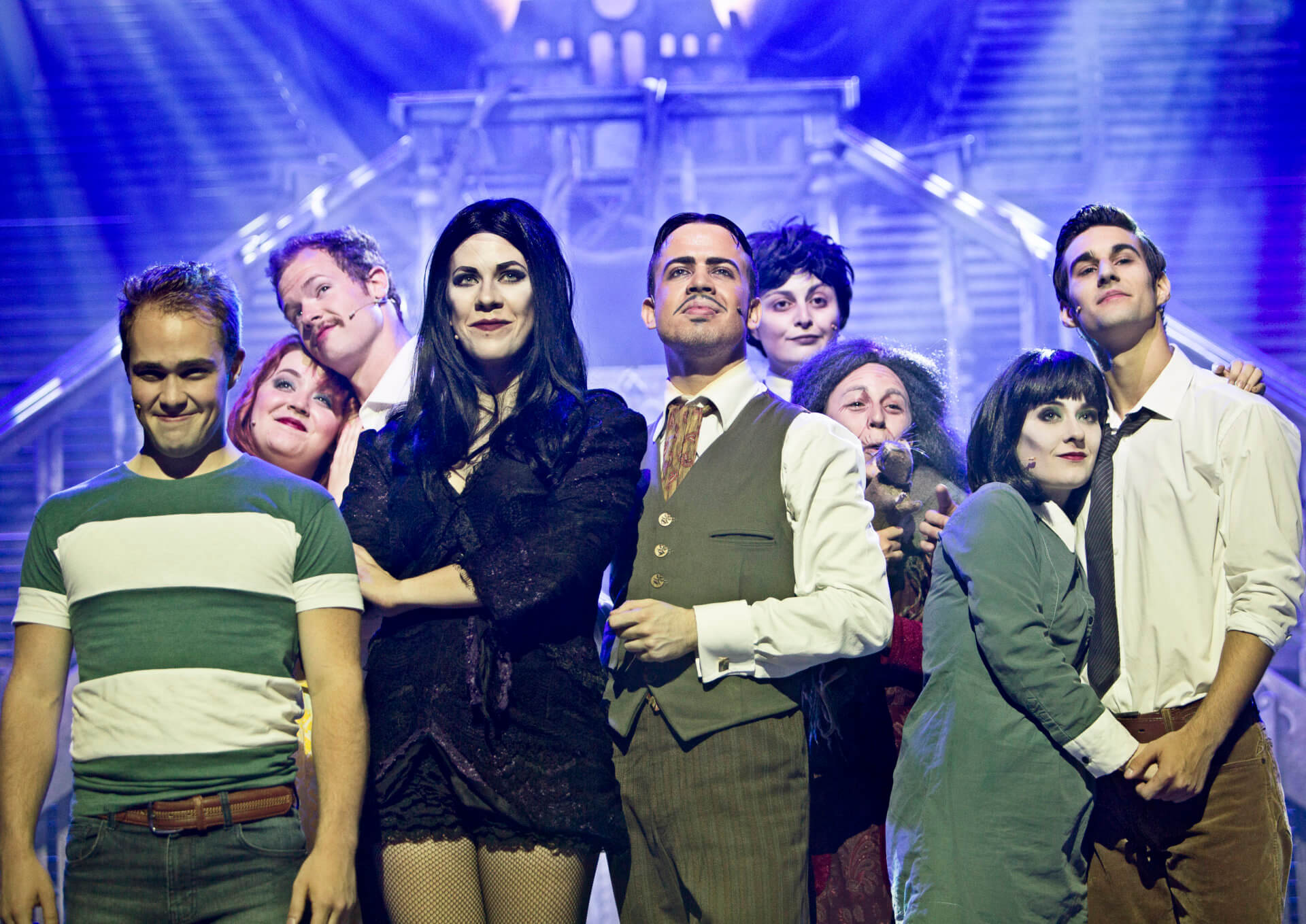 Is it possible to think of The Addams Family without singing the refrain from the well-known theme tune? Perhaps this is why it was deemed to be the perfect inspiration for musical theatre when it premiered on Broadway in 2010.

Only two years after the Broadway show closed, RCS took their production to the Fringe and the result was an “exceptionally professional production” performed by the MA Musical Theatre students, delighting audiences and leaving them finger snapping their way out of the Assembly Hall.

View the full gallery of images from The Addams Family. 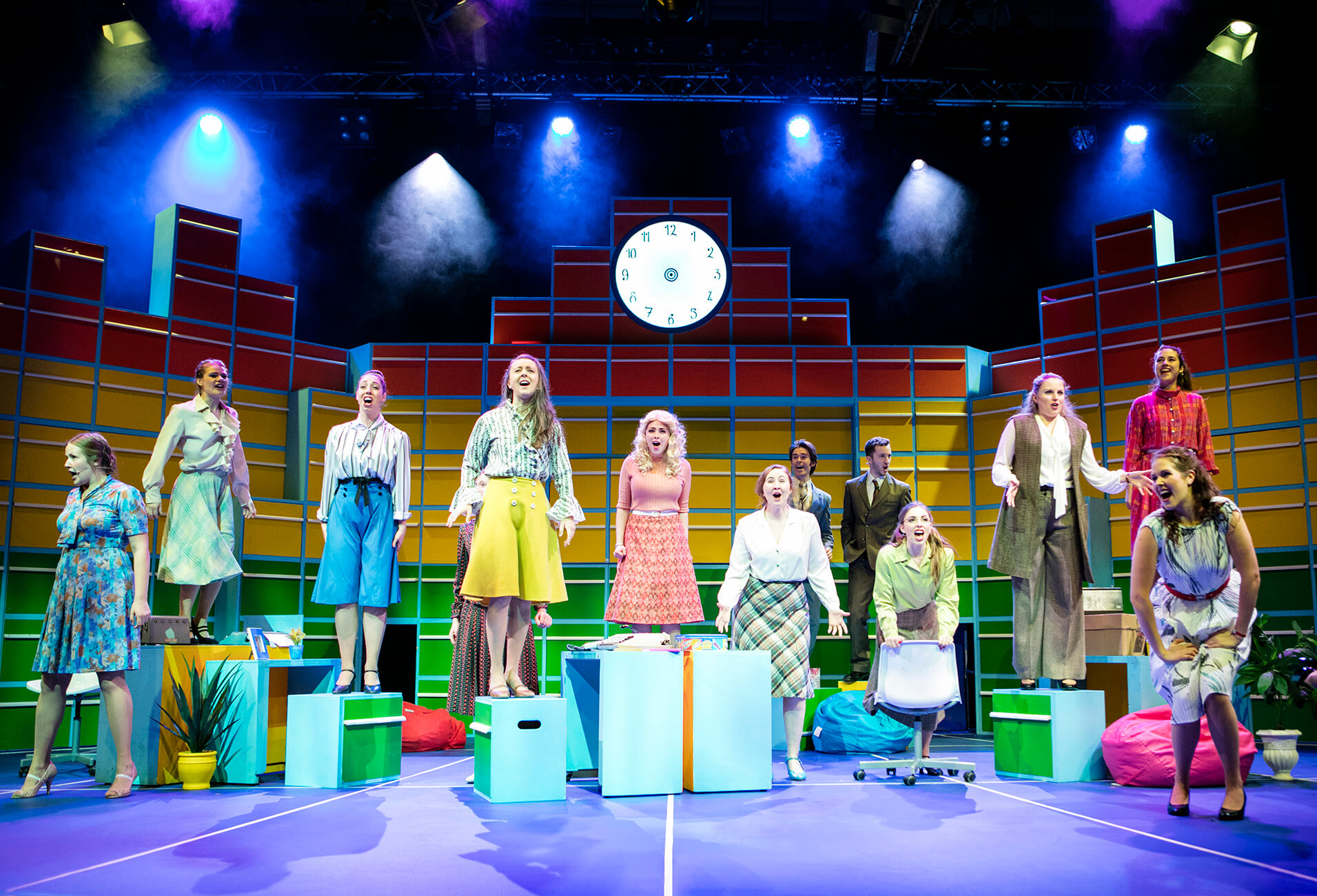 Taking on the role of Doralee made famous by the iconic Dolly Parton would be intimidating for most students, but in the 2016 RCS production of 9 to 5, Isabella Ward and Seanna Knudsen shared this title role with gusto, receiving high plaudits from reviewers.

Our favourite line from a reviewer had to be, “With such an upbeat score, a funny script and a ridiculous storyline, you should be tumbling out of bed to bag a ticket.”

View the gallery of images from 9 to 5. 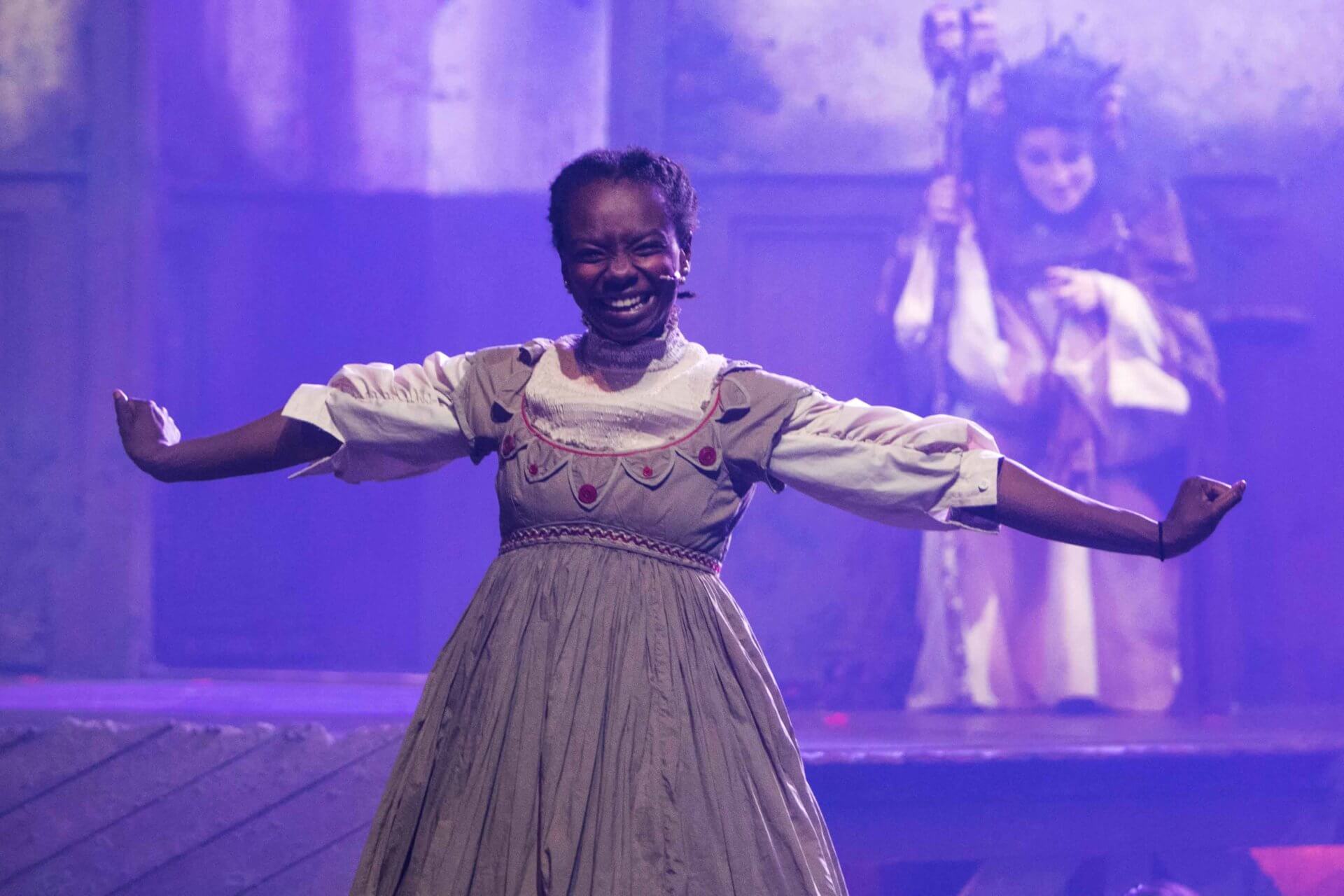 Featuring a cast full of your favourite childhood characters plus an ingenious set created by the Production department, audiences were transported away from bustling Edinburgh and into this magically musical and five-star worthy – world.

“Overall the production is outstanding, the acting and singing are of the standard you would expect and the small band does an excellent job of the complex score”¦The set deserves its own bow, an excellent, smoky piece of work and looks quite a build for a Fringe show.” 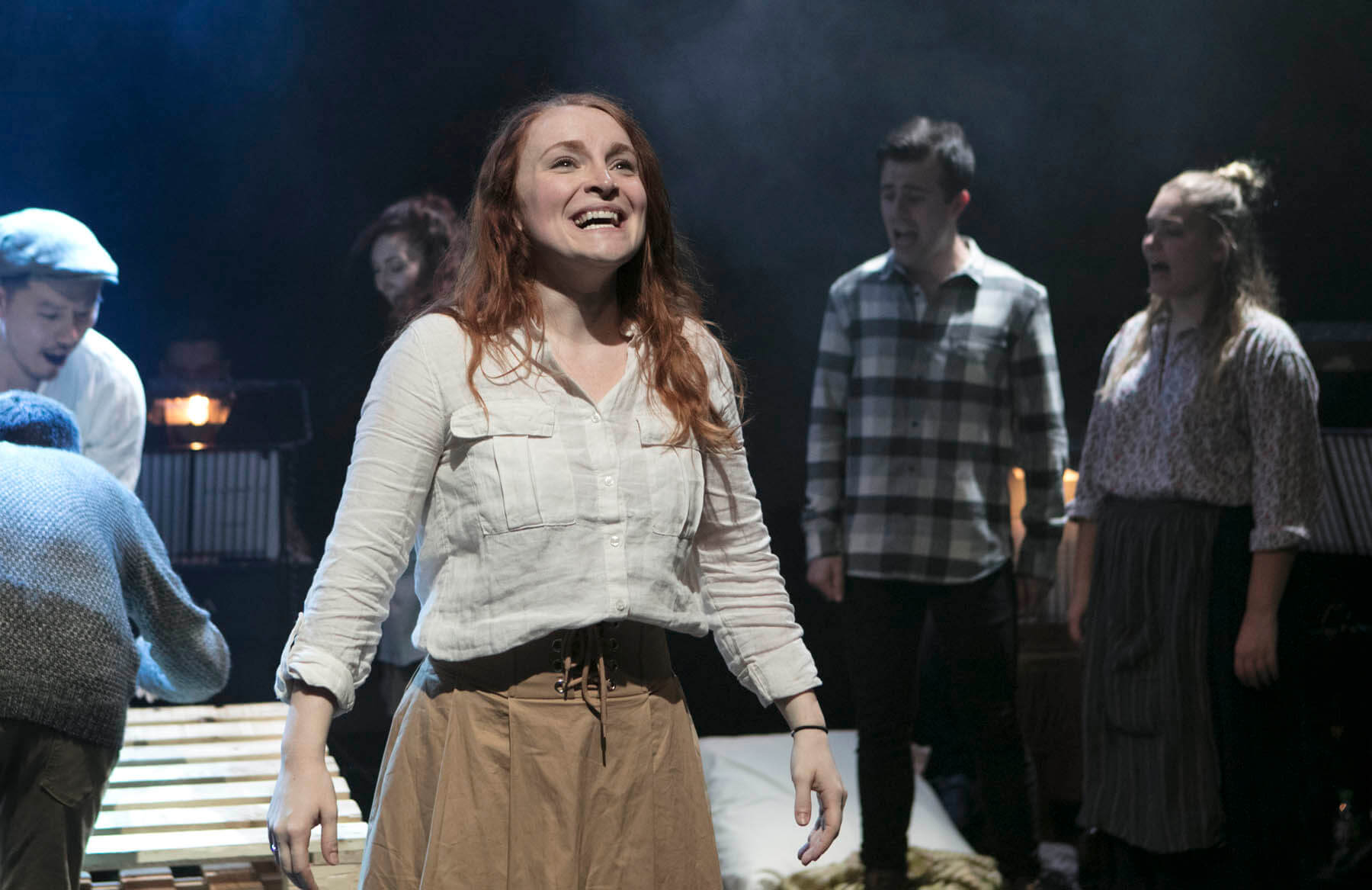 This platform piece was the first collaboration between RCS and Northwestern’s American Musical Theatre Project a cross-Atlantic partnership which saw students from both institutions work together to devise, write and perform new work.

Graduates Claire McKenzie and Scott Gilmour of Noisemaker led the Scottish team, and the result was Atlantic: A Scottish Story, a piece exploring ideas of heritage, identity and what it means to belong.

“An excellent piece of work, joyous and wholesome with a family/community spirit.” 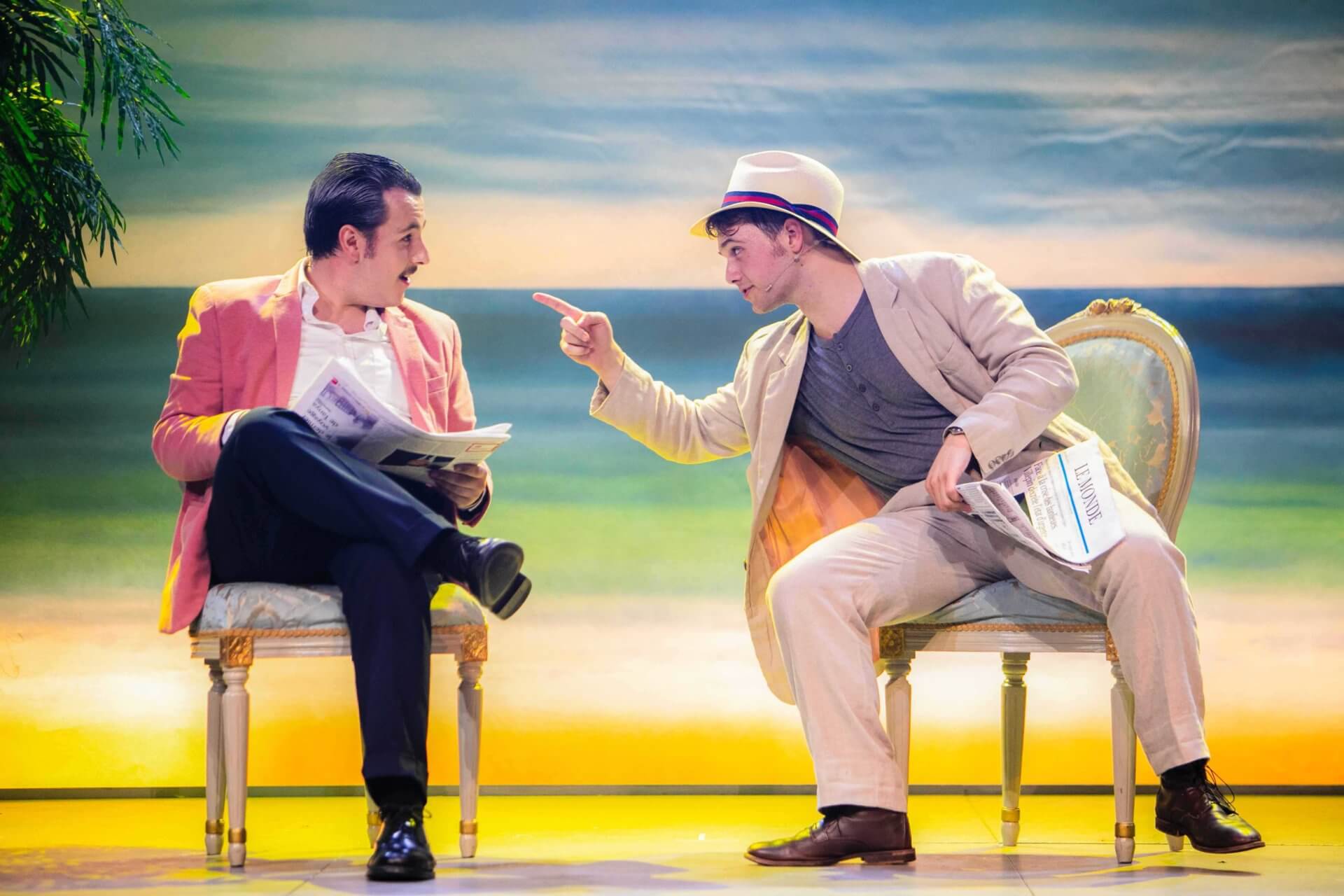 Another piece of musical theatre inspired by a much loved 80s movie, Dirty Rotten Scoundrels tells the story of two con men trying to outhustle one another to take home the biggest swag on the French Riviera.

The 2018 cohort of MA Musical Theatre students performed this main stage show alongside two platform pieces, surely making them one of the hardest-working ensembles at the Festival. And their efforts didn’t go unnoticed by reviewers.

“Derek Dishington is outstanding as the highly successful, suave con man Lawrence Jameson, who gives a masterclass in his ability to convince his unsuspecting victims to part with their money….The excellent ensemble sing and dance with aplomb. This production is an absolute joy.” 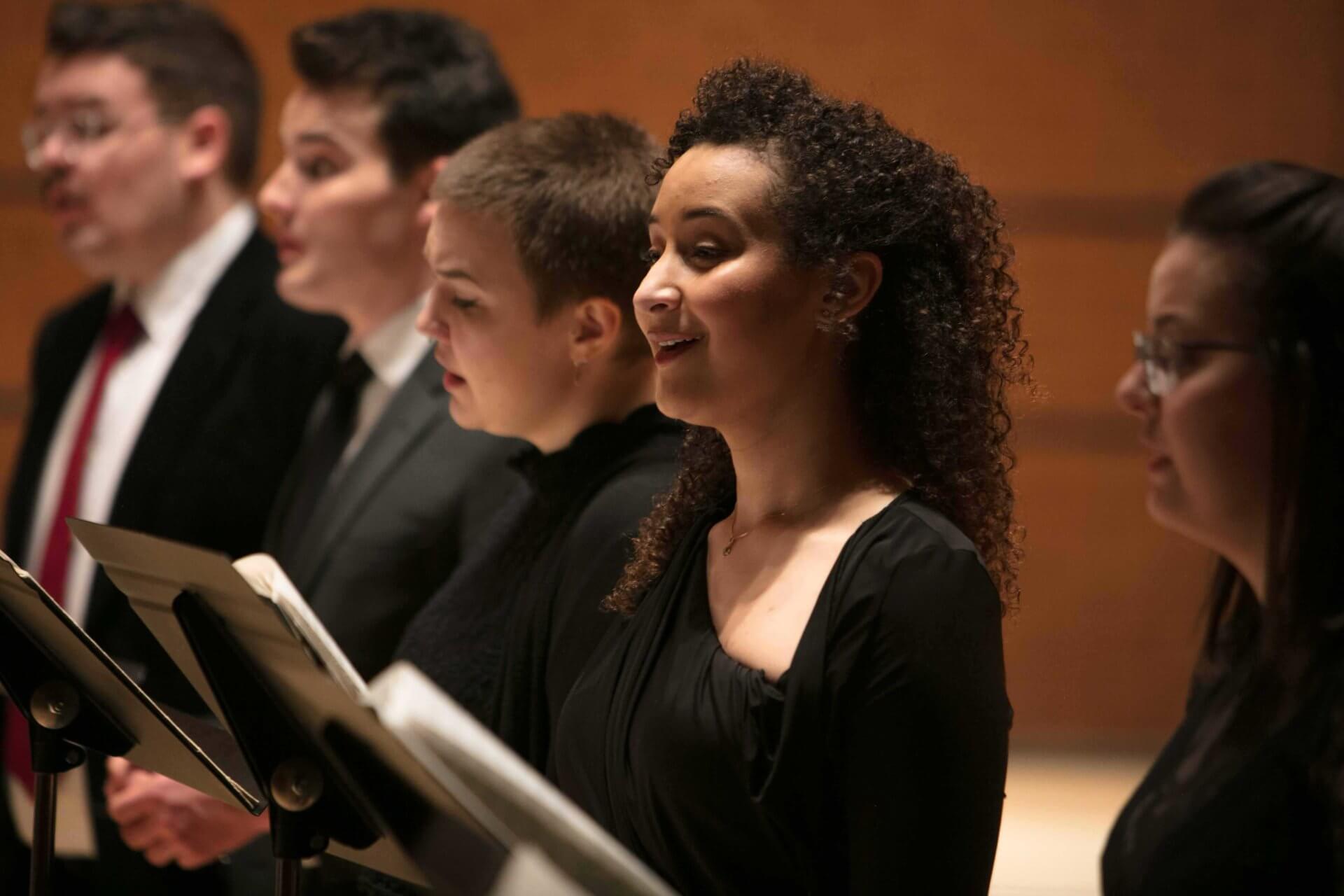 For more than 70 years, the Edinburgh International Festival has been bringing together the world’s most exciting, most sought-after performers.

In 2019, RCS Voices were proud to take to the stage with the Royal Scottish National Orchestra and a plethora of world-class vocalists including graduate Karen Cargill, conducted by Sir Andrew Davies to perform Götterdämmerung, the fourth and final opera in Wagner’s Ring cycle.

“This performance of Götterdämmerung was a fabulous end to Edinburgh’s memorable Ring.”

Read Bachtrack’s review of the performance.