The Weekend Read with Jess Thorpe: the power of performance in prisons

Recognised in Universities UK’s MadeAtUni campaign and The Big Issue’s Changemakers for her work in Scottish prisons, Jess Thorpe, Lecturer in Arts and Justice at the Royal Conservatoire of Scotland, talks to Linda Robertson about the transformative power of the arts.

It is, says Jess Thorpe, a recurrent refrain. As Lecturer in Arts and Justice at the Royal Conservatoire of Scotland, Jess is responsible for the design and delivery of creative projects with Scottish prisoners and communities affected by crime.

For more than a decade, she has delivered drama projects to some of the most marginalised in society ”” men, women and young people incarcerated in Scotland’s 15 prisons.

“You’re a number, quite literally, in prison and your humanity can be stripped away,” she says.

“Art is about putting it back. It’s giving people ways of building new narratives for themselves and not being defined by the worst thing they’ve ever done.”

Jess teaches on the four-year BA (Honours) Contemporary Performance Practice programme – she’s also a graduate – which has a central philosophy that human beings make art in order to understand better the world in which they live. Final year students can choose her arts in prison module, which sees them collaborate with prison inmates to create new work.

“Arts projects in prisons are often viewed as ”˜soft’ options and a lot of people say ”˜oh, I don’t think they should be allowed that’. But punishment only as an energy leads to what?” she asks.

“I can’t express how much of an impact the arts have in prisons, on individuals, on families. Art is a meeting place for the public and the prisoners, who also are our community. It’s a way to make connections and to humanise them.”

And she says it’s thinking about the long game: “Who are the people we want to release into society? “Nobody can take away what they’ve done, that’s not what we’re talking about, it’s about helping these men and women carve their futures. Otherwise, we’re isolating them and giving them no route back. And then we expect them to be changed by prison? It’s not going to happen.

“If we can prevent reoffending, then we’re working towards a safer society ”” and that’s the whole point. It makes sense that we release individuals who have spent time having experiences like these.

“When they re-enter society, they are more interested in the social aspect of life and they’re not angrier than when they went in.”

She cites a recent piece of research with the young men of HMPYOI Polmont. Jess worked with her own theatre company ”” the critically acclaimed Glas(s) Performance, which she co-founded with fellow graduate Tashi Gore ”” and the children’s charity Barnardo’s, to launch the first youth theatre in a young offenders institution in Scotland.

The project is a legacy from the National Theatre of Scotland’s Futureproof programme in the Year of Young People 2018, when they worked with a group of young men in the prison to create MOTION, an original show about what it means to be a young man in Scotland today.

“The arts have a massive role to play not just in education but in health and wellbeing too. One hundred per cent of the young people who take part in Polmont Youth Theatre said it has a positive impact on their mental health and makes them happier. That’s what we need. It’s not ”˜just a little play’ or seeing the arts as something ”˜extra’. It’s important and radical intervention.” 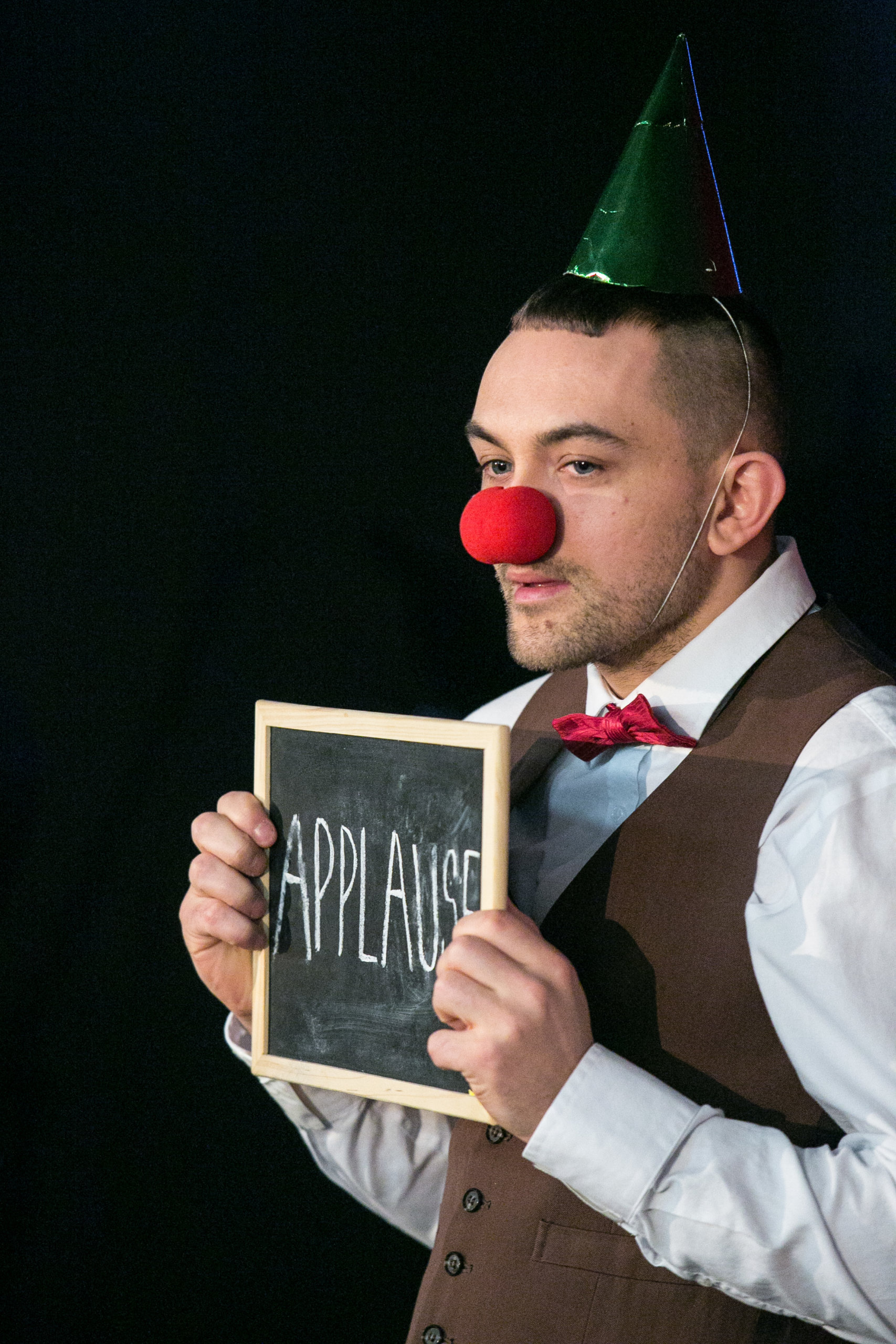 Having worked with hundreds of prisoners over the years, Jess has never had an experience that has made her think the work isn’t worthwhile.

“I’ve always managed to find, in everyone, something human and likeable and workable and if we can say that about the ”˜worst’ people in Scotland, then really, that tells you something.

“I’m not naive or a bleeding heart, which I’ve been described as before. You have to look for the rose between the concrete. Isn’t it the artist’s responsibility to be hopeful, isn’t that the whole point of art? We have to nurture those gardens.”

Jess studied Contemporary Theatre Practice, now Contemporary Performance Practice (CPP), from 2000 to 2004 at RCS and her first role was as a lecturer in applied performance within CPP, where she co-ordinated a theatre in prisons module.

“I visited HMP Perth and Friarton, a young offenders’ institution, to see the outcomes of what the students made and I remember it being a very emotional process,” she recalls.

“It’s a place where the general public aren’t allowed to go and they have a lot of preconceptions about it. I became fascinated by the context and while I knew companies like the Citizens Theatre were working in prisons, there wasn’t a central conversation in Scotland about it. I felt RCS, as an institution, should be doing it.”

She put forward her proposal to offer drama classes in prisons and an RCS Athenaeum Award helped to launch her research. Her first session took place in HMP Perth: “I wanted to do drama without scripts ”” to give the men a theme and for them to respond to it. I wanted them to understand that everything was unwritten and they were the authors. It was about hearing their voices and how their humanity could come through in what we made, and giving them a sense of ownership and investment.”

How did it feel to watch their first performance? “It was so exciting and felt radical to me. They were out of their comfort zones and pushing themselves into a completely new way of being.”

It felt like her calling. “I always say to the students, once you start, you can’t stop. I’m completely committed to creating opportunities in those spaces.”

How do the students respond to the process? “It’s a vigorous module with lots of reading, talking and watching documentaries and I constantly try to show them different material to challenge them. By the time they go in to a prison, they’re really politicised about why they’re doing it and they always make amazing work. Last year we also had music students working in Perth prison for the Christmas show that the men made for their children. I hadn’t worked with music students in that context before and they were so open and generous.”

Jess is passionate about the work she and the students undertake and believes that while progress has been made, there is so much more to do.

“My dream is to see an arts programme in every prison in Scotland. There’s no reason why each one shouldn’t have access to drama, music, film, dance and visual arts.”

And there is potential there, just waiting to be unlocked.

“The single, best moment of my career was sitting in RCS, clapping, while a man I first met when he was in prison graduated with a 2.1. To watch him receive his degree in front of his family was an example of what can be achieved. Prison shouldn’t define someone.”

Jess Thorpe and Tashi Gore are the authors of A Beginner’s Guide to Devising Theatre. For more information, visit Bloomsbury.