This piece is the representation of an ongoing problem that lacks a satisfying resolution. The concept of a seemingly goalless path of debate with an underlying sense of futility is explored through its overall structure. Two layers of discussion are present with their individual frame of reference. one is represented in Movements One and Three, the other in Movement Two.

Two comments are made in the first movement ‘Statements’. A slow, even negligible progression is made in their development, but their interlocking fails, and the two strands of the argument lead mostly separate lives.

The second movement ‘Turba’ is an independent discussion that arises as a response to the first argument. It is an emotional reaction to the circumstances brought forth by the progression of movement one’s argument, but the actual content hereof is far away from the overlying theme. This response is developed ad absurdum through different entropic stages.

Meanwhile, the argument of the first movement is being continued in the third movement ‘Reflection’. But without any attention to the outside conversation in ‘Turba’: their contexts are too different, and attention needs to be kept on their own problem. Very slow progression continues, but is still leading nowhere.

My intention with this piece was structuring feelings around a sense of lack of personal direction with regards to the difficulties of the current pandemic, the political discussions and the immediate effects on the individuals, and their reactions. 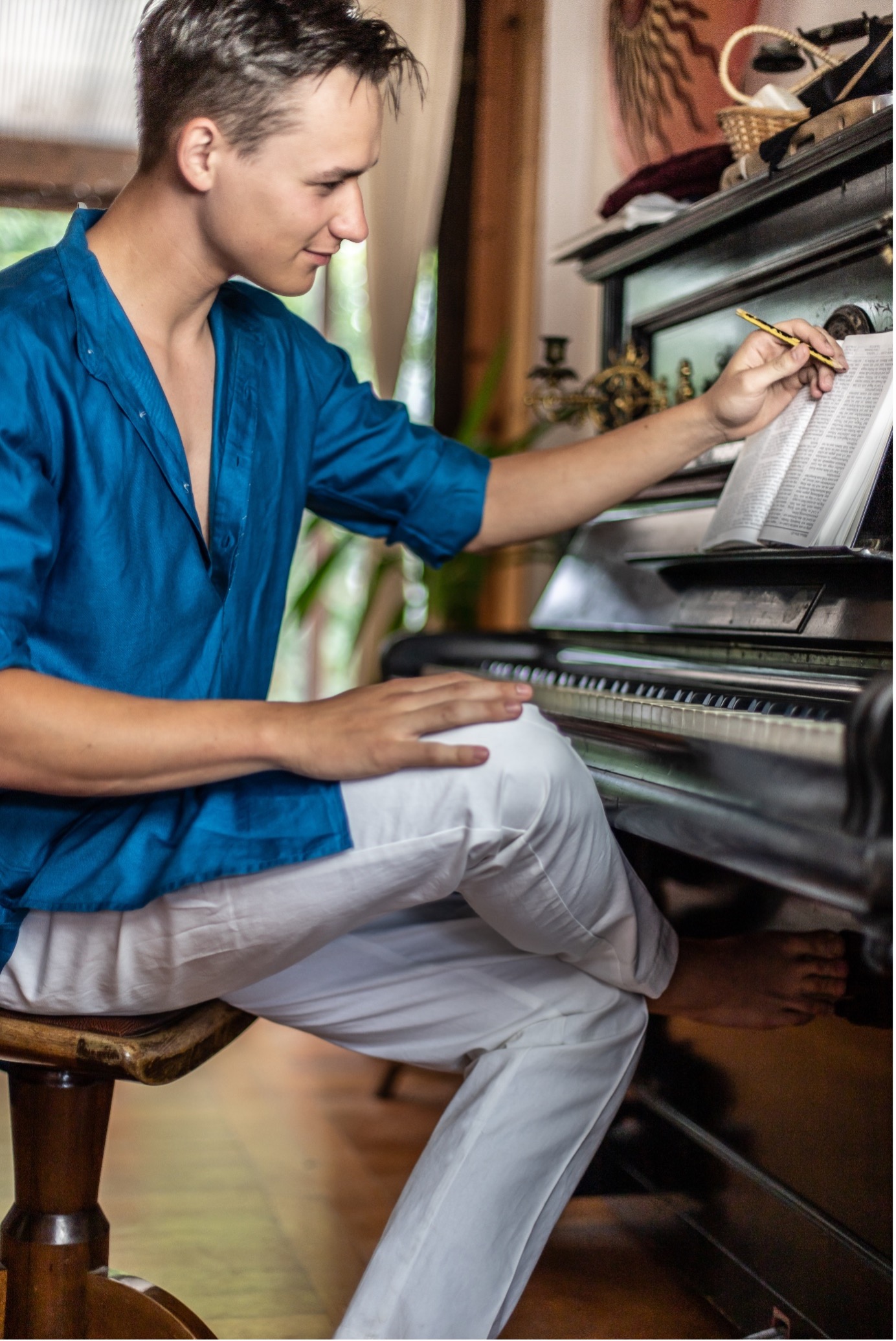 Nils Benedikt Meier is a German musician currently studying classical composition under the tutelage of Dr. Colin Broom at the Royal Conservatoire of Scotland, also having had lessons with David Fennessy, Stuart MacRae and Dr. Kate Moore. He is the musical director and founder of the choir Lucia Ensemble and assistant conductor with the Ayr Choral Union in their upcoming concert season, as well as social media marketing manager with the Leipzig-based ensemble Junge Kammerphilharmonie Sachsen. He is a member of the GewandhausChoir and is well-connected within the young artistic scenes of Leipzig and Glasgow with musical connections throughout Germany, the UK, to the Baltic states and Scandinavia.

Nils has been able to gather experiences in the field of music education through freelance projects and through working as a music teacher in primary and secondary schools. He has been employed in a voluntary service in the music education department of the Gewandhaus zu Leipzig.

Recent composition projects include writing for PLUG contemporary music festival, works for film, exploring graphic notation and closely collaborating with vocalists. As a conductor he has organised Glasgow’s first ever Sankta Lucia celebration with Lucia Ensemble. Future concerts with Lucia Ensemble, including a Passiontide concert and an improvisation-based performance with Jazz musicians, Classical instrumentalists and movement performance, have been postponed due to the Covid-19 lockdowns.

For Nils, creating music is heavily linked to simplicity, reflection and human connection. His wide-spread musical interests and his curiosity towards the processes related to the music industry have ensured him many opportunities of growth and learning. He is working towards collaborating with musicians and artists around the world and is aspiring to create immersive programmes and stimulating experiences.