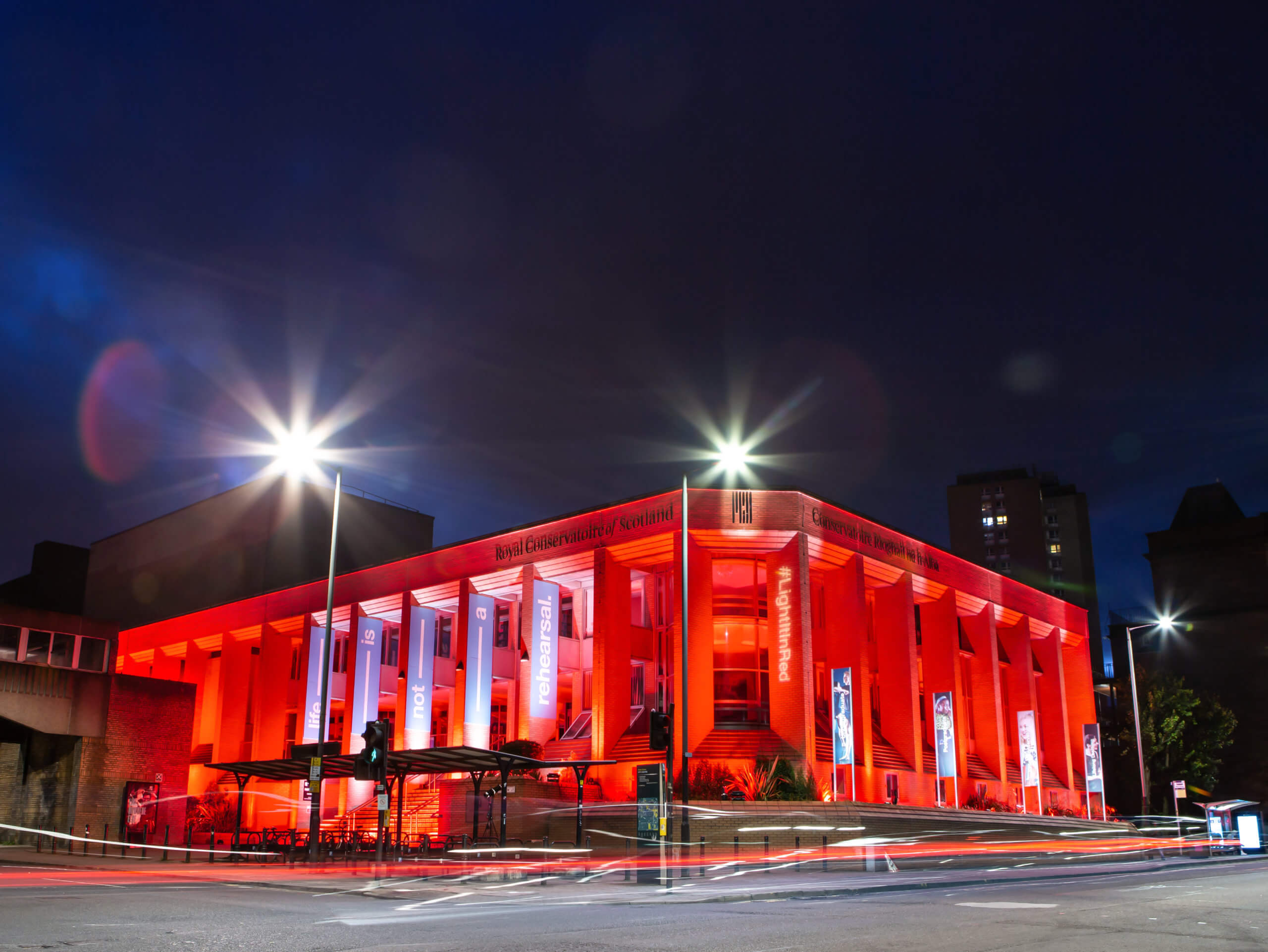 The Royal Conservatoire of Scotland will be bathed red tonight (Monday, July 6) to shine a light on the UK’s crisis-hit live events and creative sectors.

The Royal Conservatoire’s Renfrew Street building will be part of the nationwide #LightItInRed campaign to highlight the critical condition of the events, arts and creative sectors, and its need for special government support to see it through to re-starting. Currently, unlike other industries, there is no set date for the return of live events, shows, festivals and performances.

Professor Jeffrey Sharkey, Principal of the Royal Conservatoire of Scotland, said: “Live performance is the essence of everything we do here at Scotland’s conservatoire and we stand in solidarity with the #LightItInRed campaign.

“We’re proud to play a part in a national movement that shines a light on the essential contribution thousands of artists and creative producers who inspire, entertain and uplift us make to society’s wellbeing, as well as the economy.”

Also supporting #LightItInRed is multi-award-winning lighting luminary Paule Constable, whose creative vision has illuminated stages all over the world, from London’s West End to Broadway. 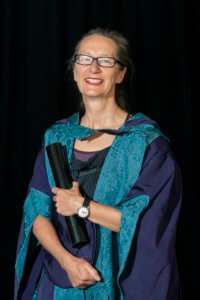 Paule, who received an honorary doctorate from RCS in 2019 (above), said: “We need to make sure this huge, brilliant, unique industry that is worth so much to our country is seen holistically and that its whole health is considered.

“We rely on a huge freelance workforce. The creatives at the front end of all of this work are the beating heart of this industry and we have almost been completely forgotten.

“We need the government to extend the self-employed support scheme. We need it to be tailored more for our industry. The whole ecosystem of what we do needs support because we are unlike any other industry.”

#LightItInRed initiators, Steven Haynes from Clearsound Productions and Phillip Berryman from The Backstage Theatre Jobs Forum, state that the target for the action is to get 1000 buildings and monuments lit up in red all around the UK. They include Edinburgh’s King’s Theatre, Ayr Gaiety Theatre, Royal Shakespeare Company, Southbank Centre and the Royal Opera House.

The #LightItInRed action was inspired by #NightofLight inGermany on June 22, which saw more than 9,000 spaces and places illuminated in red to raise awareness and grab the attention of the public and the government.

Find out more at lightitinred.co.uk