He’s the breakout star of one of Netflix’s most talked-about shows and has been named a global ”˜game-changer’ by Elle magazine.

We recently caught up withSex Education star, RCS graduate Ncuti Gatwa, who is back on our screens as the scene-stealing Eric Effiong in a second series of the smash-hit comedy.

Weaving through the crowds of London’s bustling Camden Market with Ncuti Gatwa in tow is no easy task. The actor has rocketed to fame thanks to his role in Netflix comedy seriesSex Education. And when you’re in a programme that was streamed by more than 40 million viewers in its first month, people take notice.

Fans appear at every twist and turn and he stops to pose for a flurry of selfies. He admits the constant recognition still takes some getting used to: “It has definitely changed my life but I’m blessed. The praise forSex Educationhas been completely overwhelming.

“We definitely knew we were filming something very different and I got that sense when I first read the script. I just thought ”˜what is this?’ but the love the show has received is humbling and I’m very grateful.”

Sex Educationcentres on the trials and tribulations of Otis (Asa Butterfield), a teenage boy with a sex therapist for a mother, played by Gillian Anderson. Ncuti’s character, Eric, is Otis’ best friend, and he’s been applauded for his portrayal of a black, gay, Christian teen.

“Eric has so much love to give but it isn’t always reciprocated. He’s openly gay but comes from a very strict, religious family background. His parents are African. He resonates with so many people because of all the sections of society he represents. When you have a character who is bringing all of those things together, it is a lot of pressure ”” but it’s so beautiful.”

He mentions the messages he receives on social media from fans who have been encouraged by Eric, including a couple on the brink of suicide who were inspired to embrace their true selves.

“I can’t believe it is me they’re talking to but it’s very special that they have found such strength in that character.” 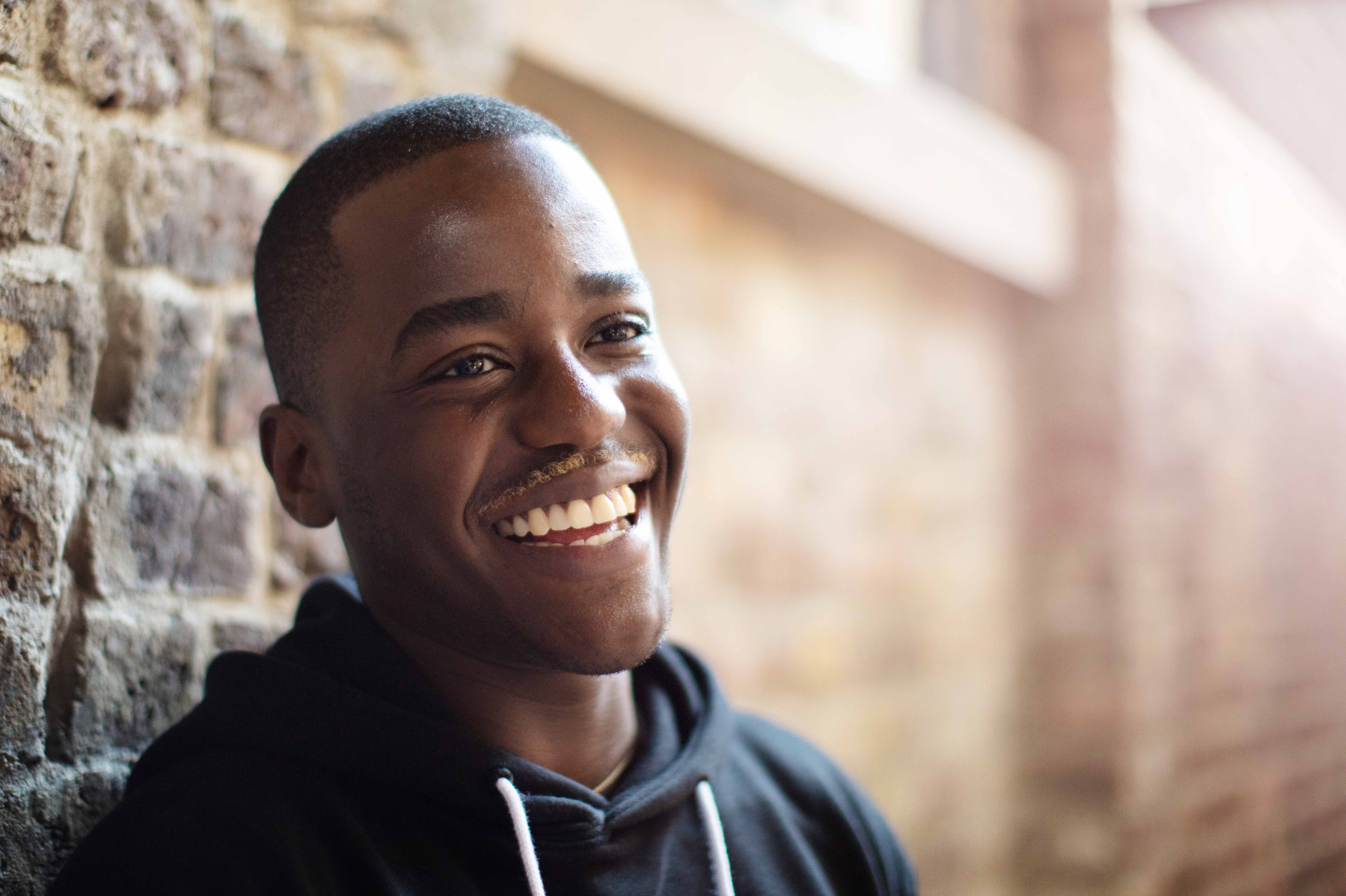 Rwandan-born Ncuti, who grew up in Edinburgh and Dunfermline, graduated from theBA Actingprogramme in 2013. Highlights from his studies in Glasgow include a workshop in second year with arts practitioner Anna-Helena McLean, which completely changed the way he thought about drama school. Another treasured memory wasOn the Vergefestival, where students immerse themselves in everything from acting to writing and directing, before showcasing their new and experimental work.

One of his standout experiences was playing King Charles II inVictory, by Harold Barker. “That was very special to me because it was an opportunity to play a character that I will never get to play again.”

Choosing where to study is a huge decision and upping sticks and arriving in unfamiliar surroundings can be daunting. Ncuti praises RCS for the atmosphere among students and staff.

“It provides you with opportunities to develop in a way that you can’t in the outside world. I felt very cared for. It was a safe space. Scotland has a thriving theatre scene and I think that being away from the mayhem of London allows you to concentrate on honing your craft.”

The training nurtured Ncuti’s love of theatre; indeed, much of his work immediately after graduating came while treading the boards at theatres across the UK including Dundee Rep, The Yard, NoÃ«l Coward Theatre and The Globe.

TV appearances followed inBob Servanton BBC Scotland andStonemouth, a mini-series based on the novel by Scottish author, Iain Banks. Then along cameSex Education, which introduced Ncuti to a global audience. Now based in London, Ncuti cherishes his time in Glasgow and insists that if he could do it all again, he would make exactly the same decision.

“Glasgow is one of the best places to live and study. The nightlife and people are wicked. The vibrancy of the city is infectious and you just have a good time. There is so much going on there and it’s a beautiful city with real character I would not have picked anywhere else.”

RCS at Home is a new online community that aims to spread joy and combat isolation by showcasing work, ideas and conversations from students, staff and alumni. We’re sharing content across our social channels andwebsiteand we’d love to have you involved! Drop us a line at communications@rcs.ac.uk