Stage managing through a pandemic

Final year student Zeni Bollok returned to RCS in September with the task of stage managing The Bacchae, the first live production since March 2020, amidst the ongoing challenges of the Coronavirus pandemic. Here she talks about how this experience of stage managing through a pandemic has become a highlight of her time at RCS.

Zeni Bollok is happy. Smiling into her web cam, she explains she’s been enjoying lots of long lie-ins this week – a rarity in the life of a stage manager. “It’s been a very busy couple of months,” she laughs, “so I’m making the most of my week off.”

A final year Production Technology and Management student, Zeni has just finished stage managing The Bacchae, a production performed by the graduating class of the Royal Conservatoire’s BA Acting programme in the New Athenaeum Theatre, and directed by Finn den Hertog. 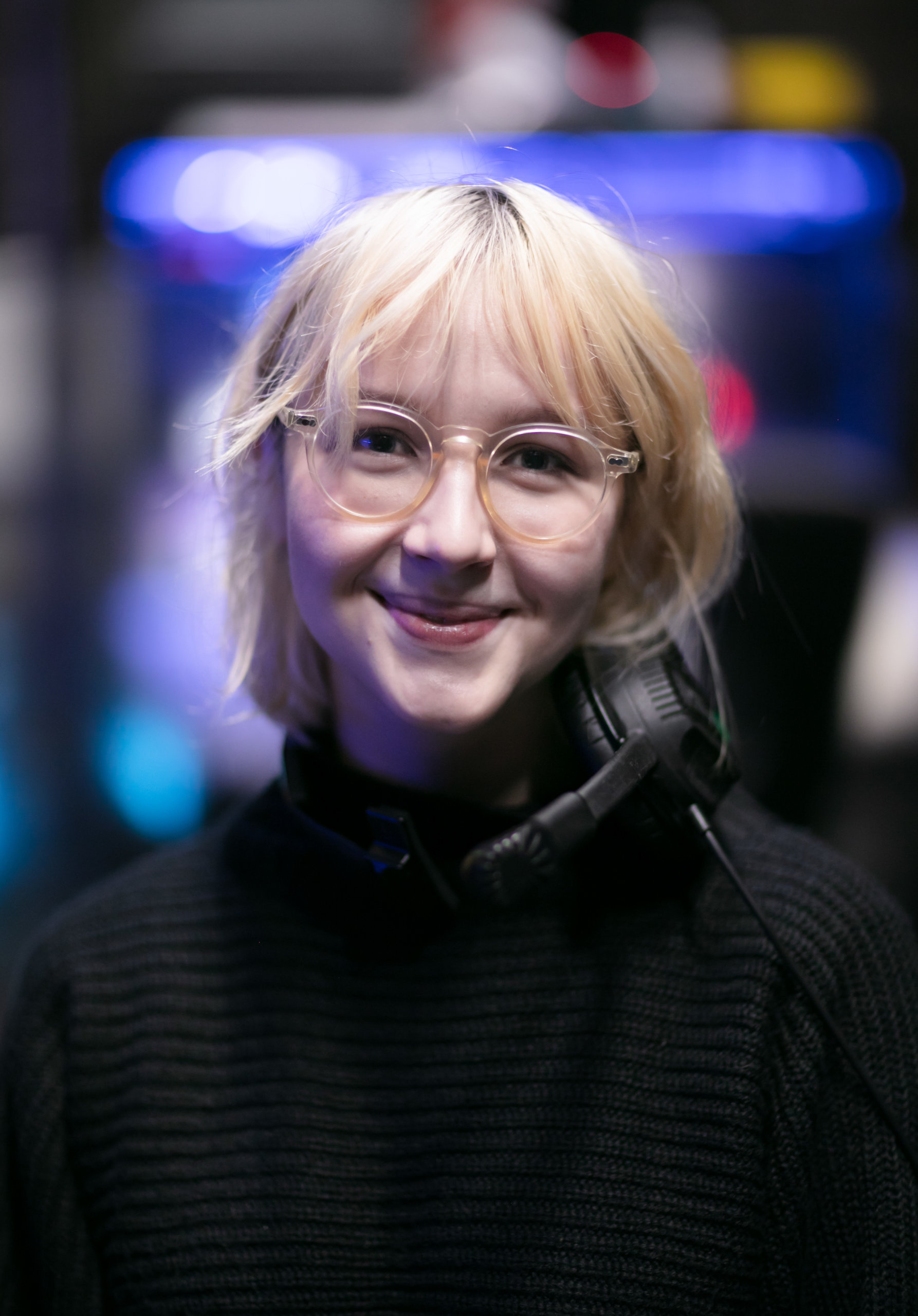 In any other year, this would have been a huge production to manage, and 2020 added to that complexity. After eight months of no live theatre, The Bacchae would be one of the first productions to make it to the stage in Scotland. Just a little bit of added pressure then for the stage manager?

“It definitely felt like the Deputy Stage Manager, Lea Meloe and I were the guinea pigs – we were some of the first people to test how to run a production during a pandemic.

“We had to think about everything from limiting the number of people in rehearsal rooms to duplicating props to minimise contact, and to try to plan at least a week ahead for things we would normally take for granted – like accessing the props store. Luckily RCS had made guidelines and protocols for us to follow, which we did to the best of our abilities”.

“It’s seemingly small things like this that you wouldn’t think about – but, as a stage manager during a pandemic, I was constantly thinking about all of this.” 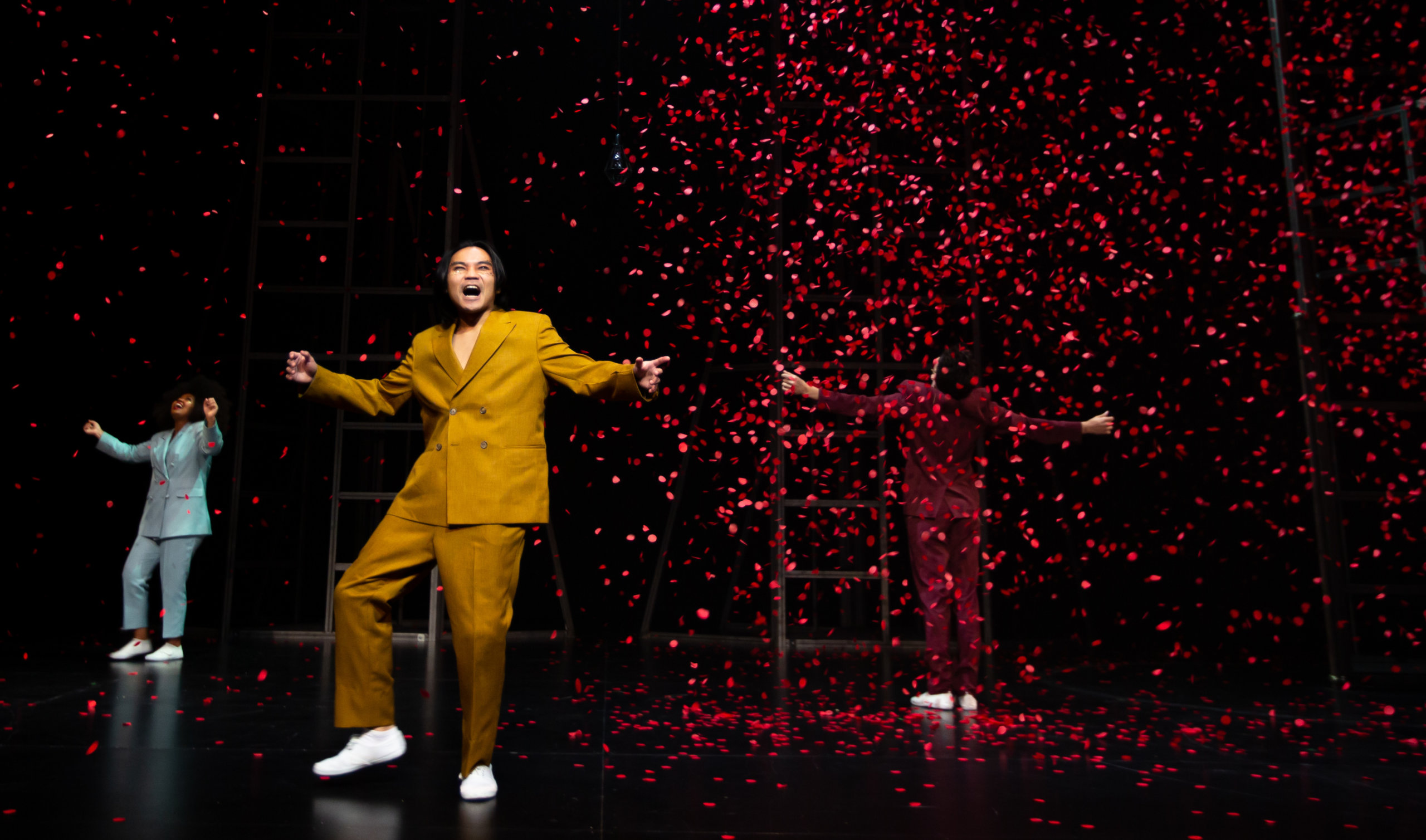 Zeni has known she would be working on The Bacchae since last term so she was as prepared as she could be for working with the ever-evolving Covid guidelines.

“I started working on The Bacchae a couple of weeks before the new term began. We had to make sure we were organised with getting plans out, marking up the stage…I wanted to be as prepared as possible.

“It was a challenge to try to schedule things so far in advance. The director, cast and crew, were all working together on a creative process, and as the production progresses, things can grow and change. To ensure this could happen, and happen safely, was hard. We managed to get into a good working pattern after some trial and error”.

And how did Zeni keep the company Covid-safe and ensure they were adhering to the right guidelines?

“A lot of paperwork!” laughs Zeni. “A lot of research and help from staff members.”

“From the very beginning, we marked out the rehearsal room in two-metre grids to help the actors do their blocking and keep their distance whilst performing. The Acting department also provided two-metre long sticks for the actors so they could easily measure the distance.”

The uncertainty of The Bacchae making it to the stage was always in Zeni’s mind as rumours of a second lockdown swirled in October and the knowledge that it could only take one person to be diagnosed with Covid for the full production to be halted. It was, she acknowledges, a lot of pressure for the students and made the team really consider their actions. 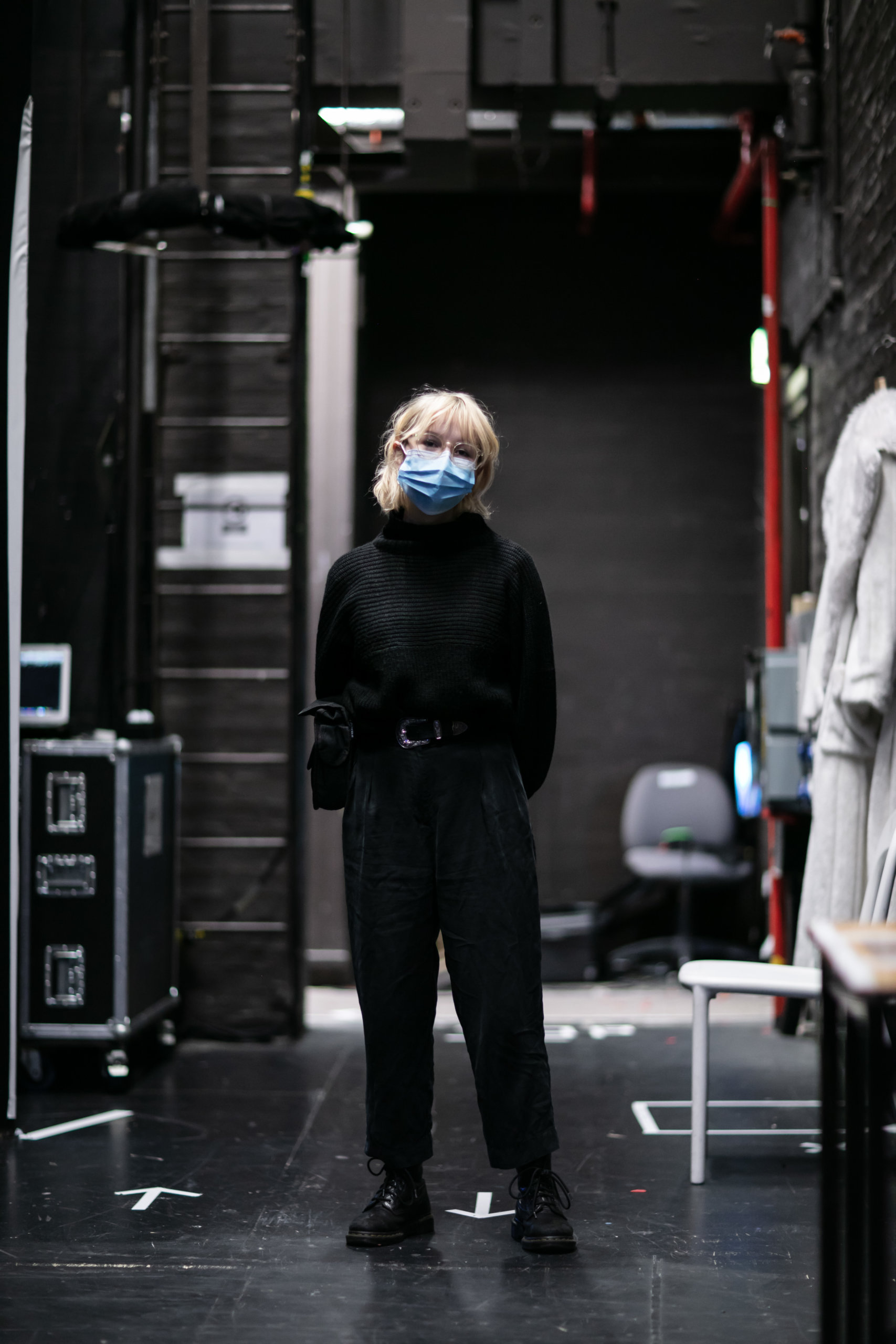 “Everyone tried so hard to comply with Covid safety rules. It was a new way of working, trying to keep a safe distance when working backstage or in rehearsals. Sometimes the cast and crew become quite close and familiar with each other, but this wasn’t really possible for this production.

“I was so aware that even in my free time (not that there was a lot of it!) I was really careful about my actions so I wouldn’t put myself in a position where I could get unwell or be contacted by Track and Trace.

“I think it’s a testimony of how hard we worked that no one in the cast or crew got sick. Everyone was very supportive of one another – we all knew that we were all going through a lot.”

The Bacchae completed its run on stage in the first week of November, albeit to a very limited audience comprising external examiners, teaching staff and invited industry guests. It was, however, filmed and was released online to the public to view for free from Friday 13 to 27 November.

It’s a moment that’s been much anticipated at the Royal Conservatoire of Scotland, where the absence of live theatre has been felt sorely across the institution and beyond. It was a moment Zeni didn’t think she would see.

“I shed a few tears during the first performance. Happy tears. I didn’t think we’d get to stage the production. There were times when everything seemed to be against us. It was an incredible moment seeing it performed from the wings.”

And will Zeni be tuning in to watch the show when it goes live online?

“Absolutely! I’ve never actually seen a show I’ve worked on. I’m always backstage, so I will definitely be watching. Finn has done a fantastic job and I hope people will watch it and feel a sense of connection with what we’ve created.

“I still don’t think it’s sunk in yet that we managed to pull it off…I’m quite proud of it. It was fitting that this first show was The Bacchae and revolved around the God of Theatre. It feels right.”

Stuart Henderson is a third year Production Technology and Management student at RCS specialising in Sound. Read about his journey at RCS and his thoughts on working on The Bacchae, one of his favourite projects so far.