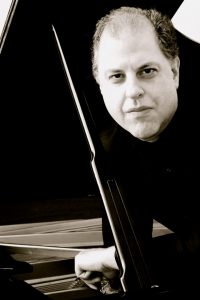 Aaron Shorr studied at the Manhattan School of Music in New York and the Royal Academy of Music in London, where he received their most prestigious prizes for performance. His teachers have included Alexander Kelly, Solomon Mikowsky, Gary Graffman, André Watts, John Browningand chamber music with Joseph Seiger, former duo partner of legendary violinist Mischa Elman.

Aaron Shorr was a professor and researcher at the Royal Academy of Music in London since 1992 before going on head the keyboard department of the Royal Conservatoire of Scotland in 2006. His students have gone on to win major prizes at international competitions including the Rubinstein International Piano Master Competition, Tel Aviv, UNISA, Pretoria, Rio, Brazil, Munich, St. Petersburg, Tokyo, Vines – Spain, Piano Campus – Paris, Redding-Piette and the Schubert Competition in the Czech Republic. His students have also won prizes in major UK competitions, including the Royal Overseas League, Brandt, Bromsgrove, Park Lane Debut Series and the Moray Piano Competition. In 2011, he became Artistic director and Chair of the Jury for The Scottish International Piano Competition.

In 2006, Aaron Shorr was appointed Head of Keyboard at the Royal Conservatoire of Scotland. In 2013, he was awarded a Professorship from the RCS and from 2013-2015, also served as Acting Director of Music at the RCS.

Schubert Adagio and Rondo Concertante for Piano and Strings, Rondo – Aaron Shorr with Parnassus Ensemble – Cadenza by A Shorr