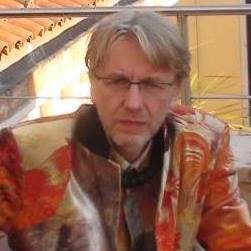 Graeme McNaught studied in Glasgow, Munich and Salzburg before completing his studies with the renowned Italian pianist and teacher Maria Curcio in London. His busy and particularly varied concert career was established when, in 1986, he was the unanimous winner of the first ever Scottish Piano Competition, in Glasgow. There followed numerous solo recitals as well as concerto engagements with all of the country’s orchestras, including the “Royal Scottish National Orchestra” , a well esteemed ensemble that are frequently touring world-wide with top artists.

A keen interest in the work of living composers and his association with the award-winning Chamber Group of Scotland resulted in performances and broadcasts of new music and many collaborative projects at home and abroad. He has partnered distinguished musicians in Lieder and chamber music including Willard White, Lynn Harrell and Ruggiero Ricci, with whom he recorded works from Sarasate to Beethoven. He has been a regular guest with such groups as the Hebrides Ensemble, the ever eclectic Mr McFall’s Chamber and the Scottish Chamber Orchestra in its various guises.

Commercial recordings range from MacMillan with the SCO for the BIS label to sonatas by Rachmaninov and Shostakovich, with cellist Robert Irvine, for Delphian. Graeme’s teaching career is no less diverse. He has taught in Germany, Switzerland and South Korea and since 1990 as Lecturer in Keyboard Studies at the RSAMD, now Royal Conservatoire of Scotland.