Born in Glasgow, John took up the oboeaged 11 under the tutelage of Stephen West. Heattended the 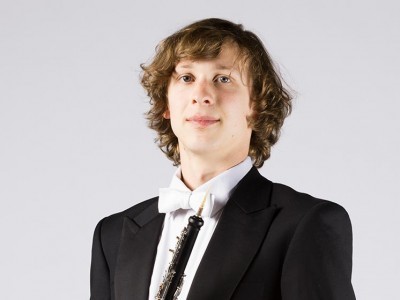 Since 2011, John has been working in various orchestras around the UK and Ireland, including every symphony orchestra in Glasgow and London. Since 2013 he has been principal oboe in the Royal Philharmonic Orchestra. In the coming season, as well as orchestral concerts, John is looking forward to smaller scale projects with London Winds and London Sinfonietta, and a debut concerto performance with the RPO.