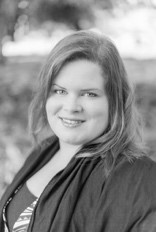 Sarah graduated with BMus (Hons.) from the D.I.T. Conservatory of Music in Vocal Pedagogy in 2012.

Her experience singing in choirs began at the age of nine with Galway Choral Association, Ireland. In 2012, she was invited to join the internationally acclaimed New Dublin Voices under the direction of Ms. Bernie Sherlock.

She relocated to Hungary in order to attend the Kodály Institute, Kecskemét in September 2014. While there, she studied with the world-renowned Professor Péter Erdei and received a diploma in Advanced Choral Conducting. She also performed with Tenso European Chamber Choir in 2015.
She successfully completed an MA (Kodály Music Pedagogy) and graduated with distinction in 2016. Throughout her time in Hungary, she studied the philosophy of Zoltan Kodály and in her final year, she was awarded with the esteemed Bacon-Erdei Scholarship.  As a result, she engaged in post-graduate research in Budapest and designed a curriculum for the delivery of musicianship to primary pupils while teaching children through English and Hungarian. During her time in Hungary, she was a member of the Új Liszt Kamarakórus directed by Dr. László Norbert Nemes.

Sarah moved to Glasgow in 2017 to pursue a career in music education and was appointed Deputy Lecturer at the Royal Conservatoire of Scotland (Musicianship). She graduated with a PGDE from Strathclyde University in 2018.

Currently, she delivers musicianship to Pre-Junior/Primary Instrumental pupils at the RCS and teaches Music at Williamwood High School, Clarkston.