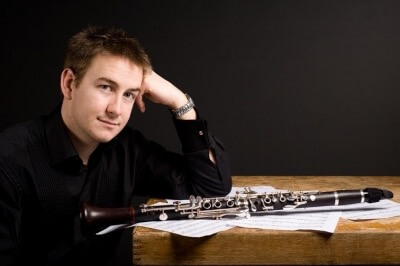 As a chamber musician Timothy has performed across the Far East, USA, Australia and Europe with artists including Lars Vogt, Anthony Marwood, Melvyn Tan and Pascal Rogé. He has also collaborated with the Klezmer group She’koyokh and given many world premieres, including pieces written for him by Luke Styles, Graham Ross and Aaron Holloway-Nahum. As a guest principal Timothy has performed with all the major London orchestras.

Timothy is a previous overall winner of the Royal Over-Seas League competition and has been featured many times as a soloist on BBC Radio 3 and Classic FM.

After spending his early years in Australia he studied at the Royal Academy in London and the Hochschule für Musik Karlsruhe, Germany. In his spare time Timothy enjoys exploring the Scottish hills, and he also has climbed 6000-metre mountains in the Andes and Himalayas.